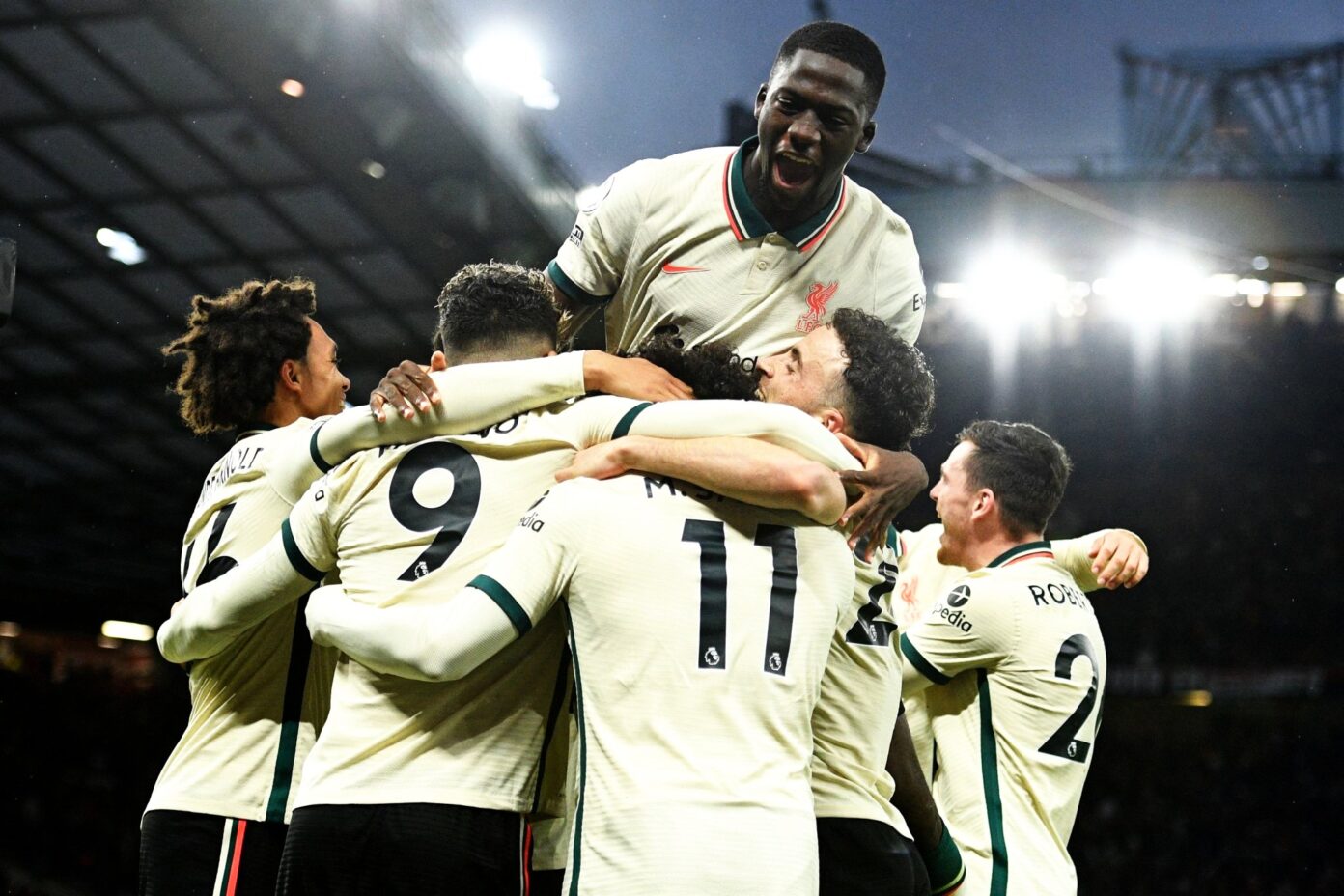 Manchester United vs Liverpool highlights: Watch all the goals and highlights as the Reds earned an exceptional 5-0 win at Old Trafford on Sunday afternoon.

Bruno Fernandes could have put the hosts ahead with an early chance had he kept his cool, but it was Liverpool that took the lead just seconds later through a composed finish by Naby Keita.

Mohamed Salah picked up the ball in behind United's midfield and slid through the Guinean, who - unlike Fernandes - kept his cool and slotted the ball past David de Gea's outstretched leg to put the Reds 1-0 up inside five minutes.

United failed to conjure up a response and Liverpool capitalised on their ascendency soon after as they went 2-0 up through Diogo Jota, who came in at the back post to finish Trent Alexander-Arnold's drilled cross and consolidate the Reds' advantage.

The hosts began to play themselves into the game as the half wore on and they looked dangerous going forwards as Mason Greenwood and Marcus Rashford both had promising opportunities for Ole Gunnar Solskjaer's side.

The Reds had a chance themselves to add a third goal after a mistake by Rashford gifted the ball to Salah, but the Egyptian was unable to sneak the ball past David de Gea from a tight angle.

But the Reds' No. 11 made no mistake when another chance came his way just minutes later as a slick move saw the ball eventually break to Keita on the right, who squared the ball for Salah at the front post to finish home and make it 3-0 to the visitors.

With seconds remaining in the first half, Jurgen Klopp's side unbelievably added a fourth goal to run away with the game, with Salah coolly slotting the ball past De Gea with a low finish to cap off an outstanding first-half for the Reds.

It took less than five minutes in the second half for the Reds to add another to the scoresheet as a brilliant pass by Jordan Henderson played through Salah, who ran in on goal and finished over De Gea to give Liverpool a 5-0 lead and clinch his hat-trick.

Cristiano Ronaldo thought he had pulled one back for the hosts soon after with an effort inside the far post, but VAR disallowed the goal for offside against the Portuguese in the build-up, with replays showing him just ahead of last-man Andy Robertson.

Substitute Paul Pogba was sent off for an out-of-control challenge on Keita, with the Reds midfielder having to be stretchered off the pitch in what appears to be a serious injury. Alex Oxlade-Chamberlain came on to replace the Guinean with a little over 25 minutes left on the clock.

The Reds controlled the ball without particularly turning the screw against United's 10 men, who sat back into their shape and appeared to be in damage limitation mode as Liverpool eventually cruised to a 5-0 victory to go back to second in the table.