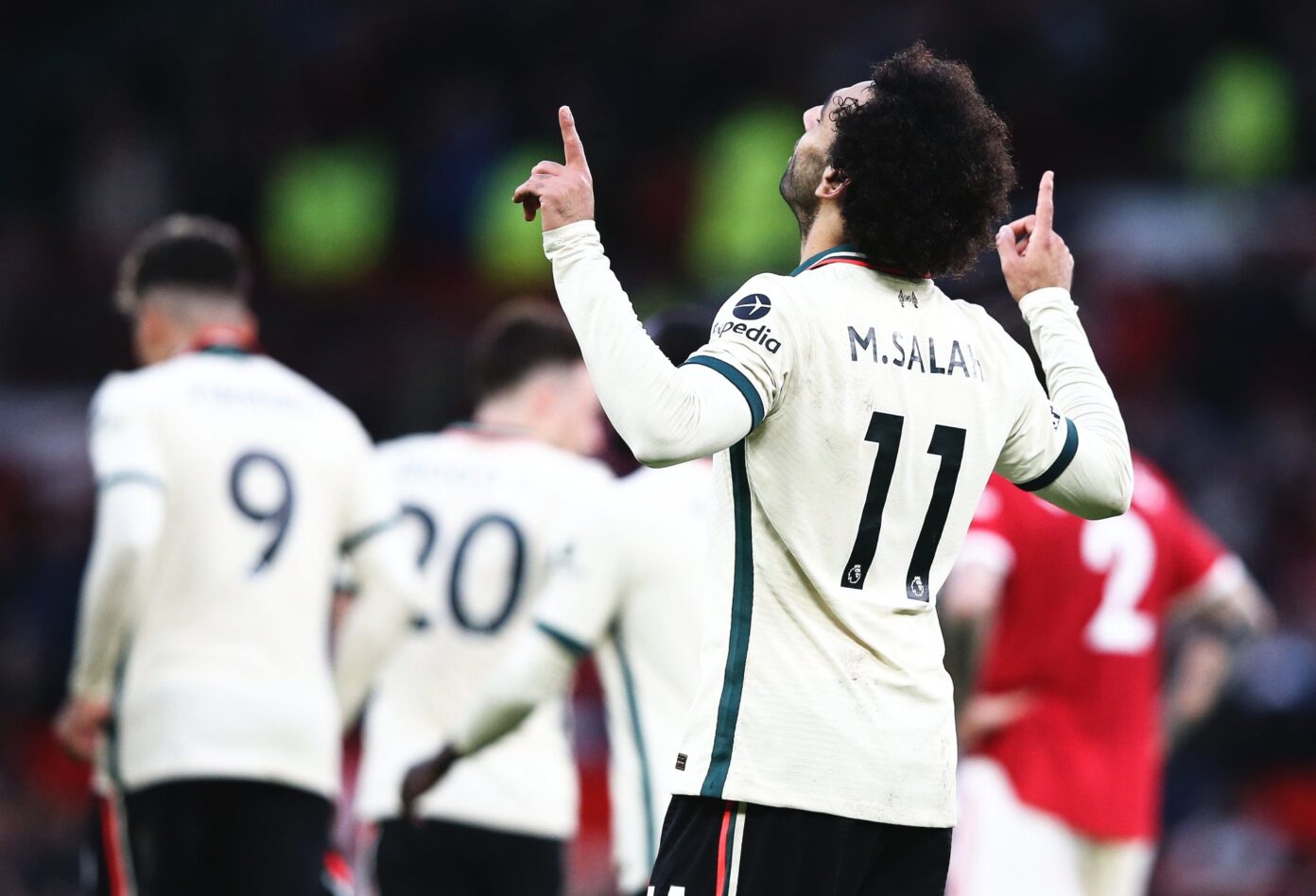 Liverpool made a statement at Old Trafford on Sunday afternoon as they earned an outstanding 5-0 victory against Manchester United.

The Reds made a commanding start as they went 2-0 up inside the opening 15 minutes through goals from Naby Keita and Diogo Jota, before Mohamed Salah scored twice to give Liverpool a remarkable 4-0 lead at the break.

Salah clinched his hat-trick in the early stages of the second half as the Reds made it 5-0, before Cristiano Ronaldo saw a goal disallowed for offside. Paul Pogba was then sent off for an awful tackle on Keita that saw him stretchered off the field.

The Reds remained in second gear as they saw the result and extended their exceptional unbeaten run to 19 games as they go back to second in the Premier League table after nine games played. 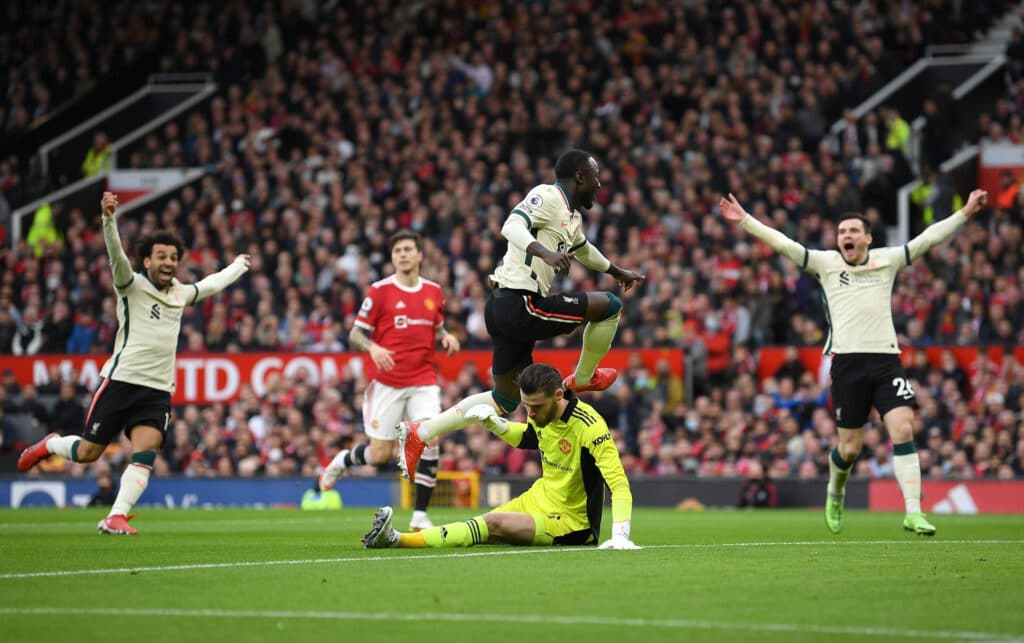 Liverpool were without the services of Fabinho, who missed out owing to a knee injury, whilst Joel Matip and Sadio Mane were named on the bench with Ibrahima Konate and Jota coming into the starting eleven.

The hosts had a glorious opportunity inside the opening five minutes as Bruno Fernandes found in acres of space following a slick United move, but the Portuguese failed to keep his composure as he blasted the ball over the crossbar.

But the Reds responded in excellent fashion just seconds later as Jordan Henderson played through Salah, who slid in Keita before the Guinean finished coolly into the back of the net with a side-footed finish to make it 1-0 the visitors.

Klopp's side could have made it two soon after as Keita found Roberto Firmino inside the box, but the Brazilian's drilled effort was kept out by goalkeeper David de Gea down to his left.

Marcus Rashford had a sighter from outside the box for the hosts but they failed to build any momentum as Liverpool soon turned the screw and made it 2-0 inside the first 14 minutes. Keita turned at the edge of the box and played through the marauding Trent Alexander-Arnold on the right, with the full-back directing a pinpoint cross towards the back post which was tucked home by Jota to seal the Reds' superiority.

The Reds were dealt a blow midway through the first half as James Milner pulled up with a muscle injury, with Curtis Jones - who has only just returned from a knock himself - coming on to replace the vice-captain.

United began to look dangerous as they exerted spells of pressure on the Reds, with Mason Greenwood arrowing an effort towards the inside of the far post but for a superb save by Alisson, who turned the ball behind.

A mistake by Marcus Rashford led to Salah running away down the right and cutting inside before shooting goalwards from a tight angle, with De Gea getting behind the effort and saving United's blushes.

But the Egyptian made no mistake just a few minutes later as the ball broke to Keita after a well-worked Reds move, with the midfielder squaring the ball for Salah to prod home at the near post and make it 3-0. 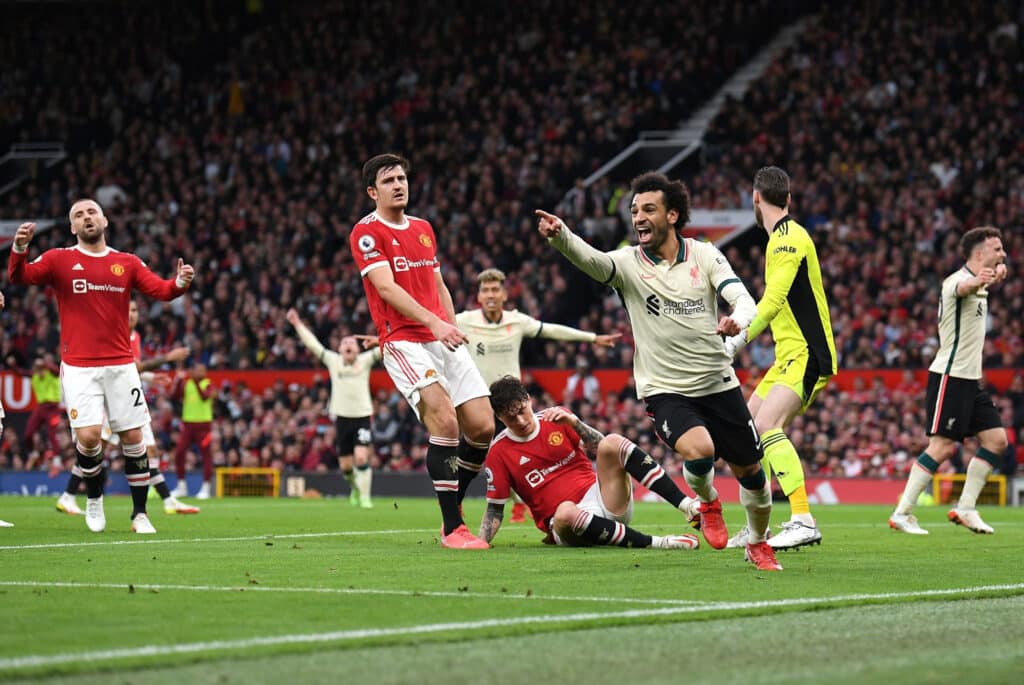 Tempers boiled over in the final stages of the first half as Cristiano Ronaldo kicked out at Jones not once but three times after the youngster got his body between the ball and player, but the referee's decision to only yellow card the Portuguese stood despite VAR taking a look at the incident.

With the half-time whistle set to blow, the Reds took even greater control of the game as Jota found an unmarked Salah, who rolled the ball into the back of the net with an excellent finish to give Liverpool an unbelievable 4-0 lead at the break.

It took less than five minutes in the second half for the Reds to make it 5-0 and it was Salah once again as a superb pass from the outside of his foot by Henderson slid in Salah, who chipped the ball over De Gea with yet another clinical finish.

Ronaldo thought he had pulled one back for the hosts after he picked the ball up inside the box and curled the ball past Alisson and inside the far post, but VAR disallowed the goal for offside in the build-up.

A rash challenge on Keita by substitute Paul Pogba saw the Frenchman sent off, with the Liverpool midfielder having to be withdrawn on a stretcher in a worrying sight for the Reds as Alex Oxlade-Chamberlain came on to replace him.

It was total domination for the Reds as they controlled the ball and pinned the ten-men United within their own half, with Alexander-Arnold coming close with a powerful strike that was tipped behind by De Gea.

United nearly grabbed a consolation goal through substitute Edinson Cavani, but the Uruguyuan's close-range header from a set-piece hit the woodwork as the Reds looked set to keep their clean sheet intact.