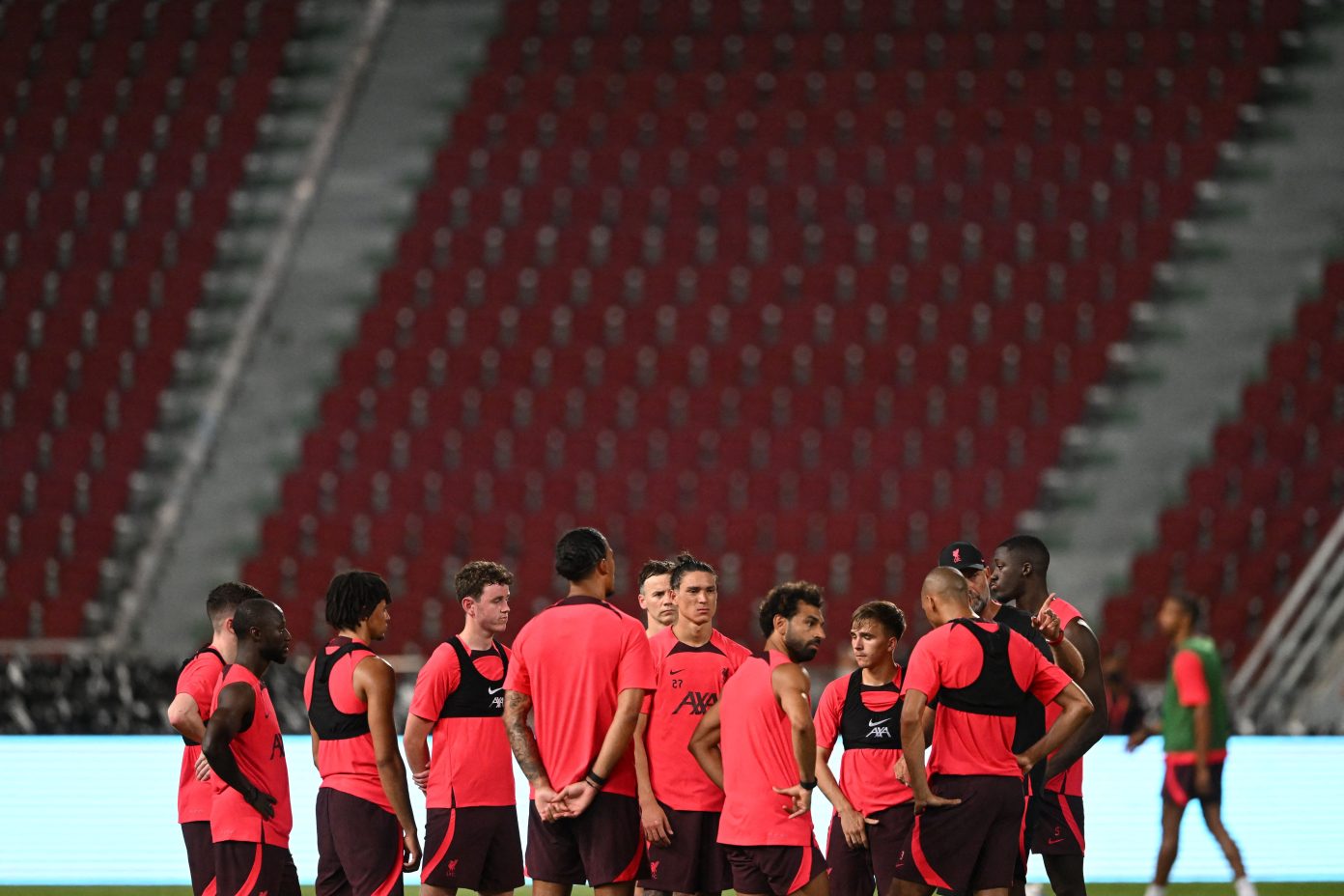 This is the 3rd and final part of our journey through the beginning, middle and end of the new Liverpool schedule.  We will look at the important matches in the all-important final part of the season. As we come to the end of our deep dive into Liverpool’s 2022/23 fixtures list, it is important to recognize that so much can be won or lost in the last weeks of the season. Out of the 38 season matches, these are the 5 most notable matches from the final part of the 2022/23 season.

The last third of the season is where champions are made and hopefully, Liverpool will have what it takes to be just that in 2022/23. The past season, the Reds went into the last part of the Premier League season chasing no less than 3 trophies.

They only won one of them, the FA Cup. Liverpool ran out of gas down the stretch, the season’s gruelling schedule catching up with them. Despite beating Wolverhampton on the last day of the season, Liverpool fell just short of lifting the Premier League trophy. They finished one point behind Manchester City… one point.

THE END OF THE ROAD

What Liverpool need to do to make things different in 22/23 is beat the best teams, and take advantage of any points available in the last part of the season. The last article, part 2, left off with the 2nd Merseyside Derby at Anfield in February. After that, the rest of February seems pretty winnable, much of that depending on how much Newcastle build themselves into European contenders by then.

March’s schedule is light, with only 3 Premier League matches in the month. By then, the FA Cup will be in full swing and will no doubt take up one of those weekends. The EPL matches are all winnable that month, with the only clash that is noteworthy being the 2nd meeting with Manchester United.

5 Key Matches to End the Season

Here are the 5 matches down the stretch that will have the biggest impact on Liverpool’s 2022/23 campaign. Notice that there aren’t many in the month of May. While the Reds have 4 matches that month, they are against teams that they should beat.

April is where Liverpool will really be tested. The April 2023 fixtures are going to be brutal for Liverpool, playing 3 elite teams, and another one that managed to qualify for the Europa League.

The best team in Manchester is actually, Manchester United... April Fools! Liverpool’s month from Hell kicks off against the defending champions. Manchester City is the only team that is really in the same class as Liverpool in the Premier League.

We said in part 1 that the meetings with City are the most important on the calendar. This will be the first time they’ve seen each other in the Premier League since way back in the middle of October.

There is no way to tell what the table will look like on April 1st but, it’s pretty likely this match will be crucial to either team winning the league. In recent years, these late-season matches between Liverpool and City have gone a long way in crowning the league champion. 2023 will be no different. This is one of those matches that the Reds need to turn from a draw to a win if they’re going to unseat Manchester City.

Anyone who has any sense of the deep history of Liverpool will know why late-season matches against Arsenal are huge. While this isn’t as late a date as the season finale of 1989 was, Liverpool fans of a certain age will remember.

On the last day of the 1989 season, in a match postponed because of the Hillsborough disaster, Arsenal snatched the old First Division title from the Reds. Liverpool beat them in both fixtures 21-22 by a 6-0 aggregate score, a small measure of revenge for the Gooner’s sins of the past.

Modern Arsenal have come a long way under manager Mikael Arteta. When he took over, they were quite frankly a mess. Even at the beginning of last season, it looked like their rebuilding process was still a long way from bearing fruit. Liverpool dominated Arsenal in their meeting in November of 2021, 4-0.

However, as the season progressed, so did Arsenal. A very strong second half got the Gooners up to 5th, leapfrogging United and West Ham into a Europa League qualification. If Arsenal continue trending in that direction, this late-season match at Anfield will be a very important one for Liverpool.

April is going to make or break Liverpool’s 2022/23 Premier League campaign. This away match at West Ham is going to be massively important for two reasons.

First, it’s a mid-week away match against a team they cannot take lightly. Secondly, West Ham are a hungry team that are convinced they could be in the top 4. They will be looking to knock off an elite team like Liverpool if they are in sight of the European spaces at this point of the season.

West Ham are one of the few teams that we’ve been talking about that actually beat the Reds last season. That was a 3-2 win in November at the London Stadium. David Moyes and the Hammers are knocking on the door of the Premier League VIP lounge. Similar to Arsenal, West Ham are climbing fast, and this fixture has a trap game written all over it. It is only one of two critical matches for Liverpool in the last week of April.

Four days after their trip to East London, Liverpool play Tottenham Hotspur at Anfield. When you look at the schedule, this is the last match of the season against last season’s top 4. It is also inarguably their last match against elite Premier League opponents.

With apologies to the four opponents in May, this is the last truly difficult match of 2022/23. The run-in after this match against the Spurs is eminently winnable. The last week of April features two very difficult games, back-to-back. The results of these matches may be the difference between 1st and 2nd place again.

Tottenham are another one of those elite-level teams in the Premier League that the Reds couldn’t beat last year. Once again, 2 matches and 2 draws, the same as what happened with Manchester City and Chelsea. We don’t need to say it again but we will, these draws are what kept Liverpool from winning it all last year. Results in these difficult stretches of the schedule, against the best teams, will dictate what kind of season Liverpool has.

This is the last match of the 2022/23 season. You’ll remember that Southampton were the last Premier League team the Reds play before the World Cup break. So, it makes some kind of sense that they would also be the last team they’ll play in the EPL all year. If this season ends up like the last one, Liverpool will need to win this one to be in contention for the title.

After the battles that are to come in April, May is relatively easy. The 3 matches before Southampton are Brentford, Leicester City, and Aston Villa. While no match in the Premier League can be taken lightly, this isn’t the most difficult run-in to the end of a season we’ve ever seen. The Reds should be able to collect points down the stretch, which could help them solidify a spot at the top of the table.

Whatever happens for Liverpool in the 2022/23 season, it will certainly be memorable. 38 games stretched out over 10 months will tell the tale of the Reds' 30th consecutive season in the Premier League. Throw into that mix, an unprecedented mid-season World Cup and we are sure to have a season for the ages ahead.