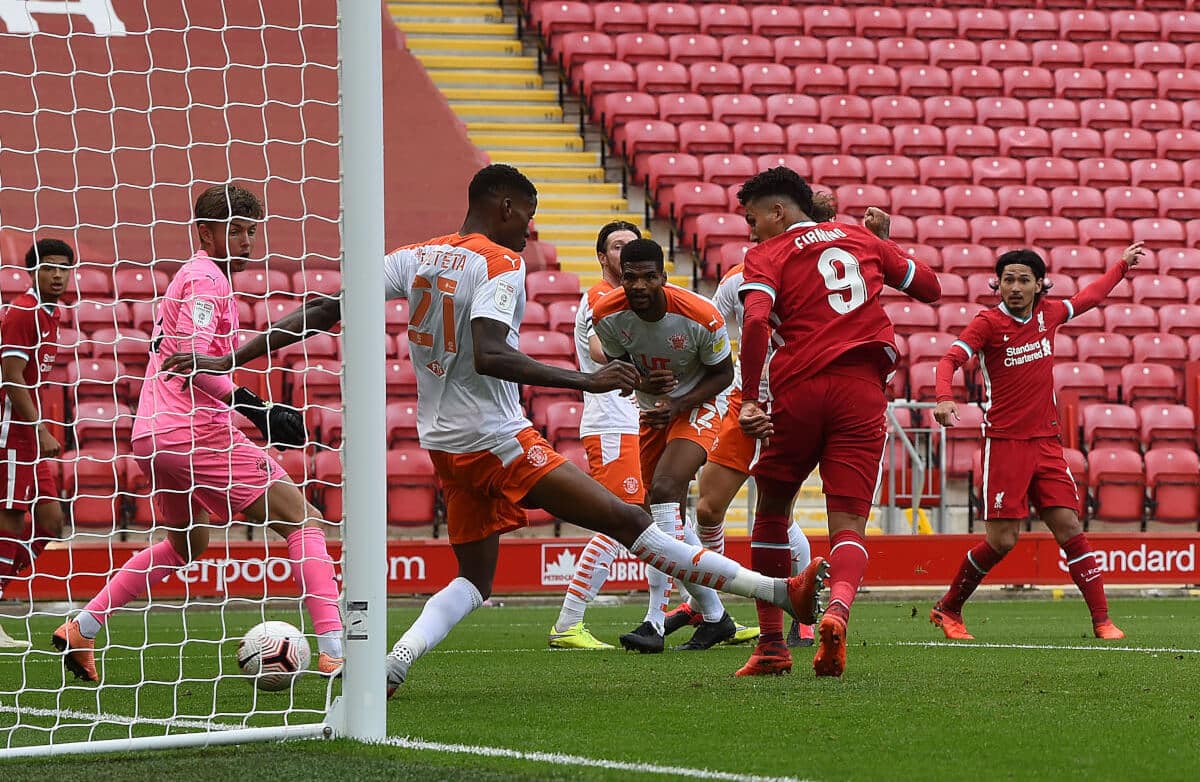 Liverpool came from behind to thrash to Blackpool 7-2 in their final pre-season friendly at Anfield on Saturday afternoon.

Liverpool found themselves 2-0 down after just 33 minutes as Neil Critchley's side made an excellent start to the game.

But the Reds turned things around in the second half in dramatic fashion as they ran out 7-2 winners, with seven different goalscorers shining for Jurgen Klopp's side. 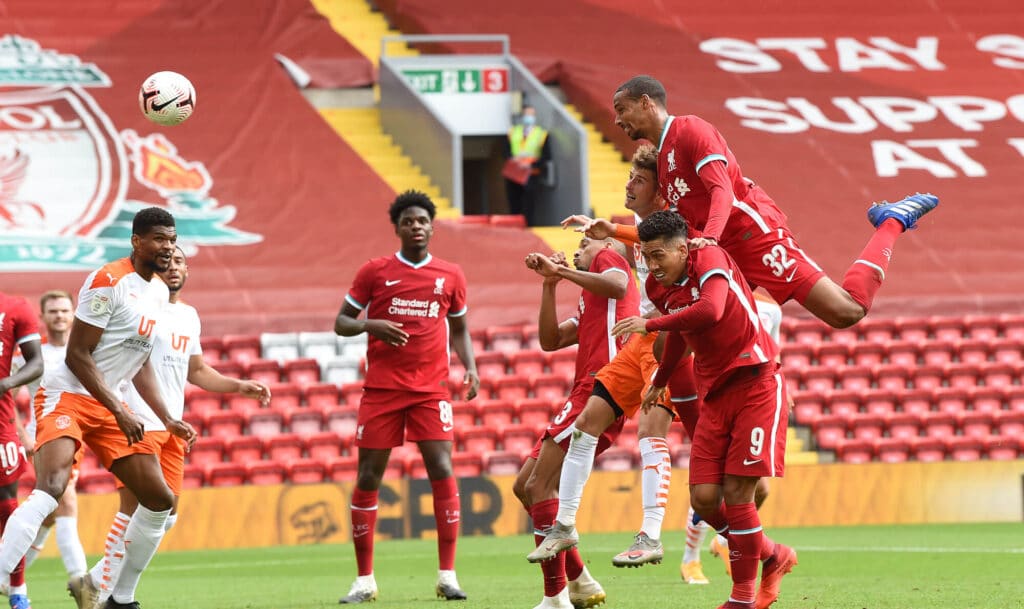 The Reds fell behind after slack defending by Koumetio on his Anfield debut as he lost the ball to CJ Hamilton, who ran through on goal and slotted excellently past Alisson.

Despite some well-worked moves, Liverpool's response was lacking as Blackpool closed down space in midfield and forced the Reds out wide, slowing the rhythm of their play.

Blackpool had the better share of chances in the opening half-hour and they remarkably doubled their advantage as Alisson gave away a penalty with an uncharacteristically wild tackle, with striker Jerry Yates slotting the ball home from 12 yards.

The visitors did well to keep Liverpool at bay, who struggled to build any momentum and looked short of ideas. Naby Keita nearly pulled one back with a half-volley from the edge of the box but the ball crashed against the post. 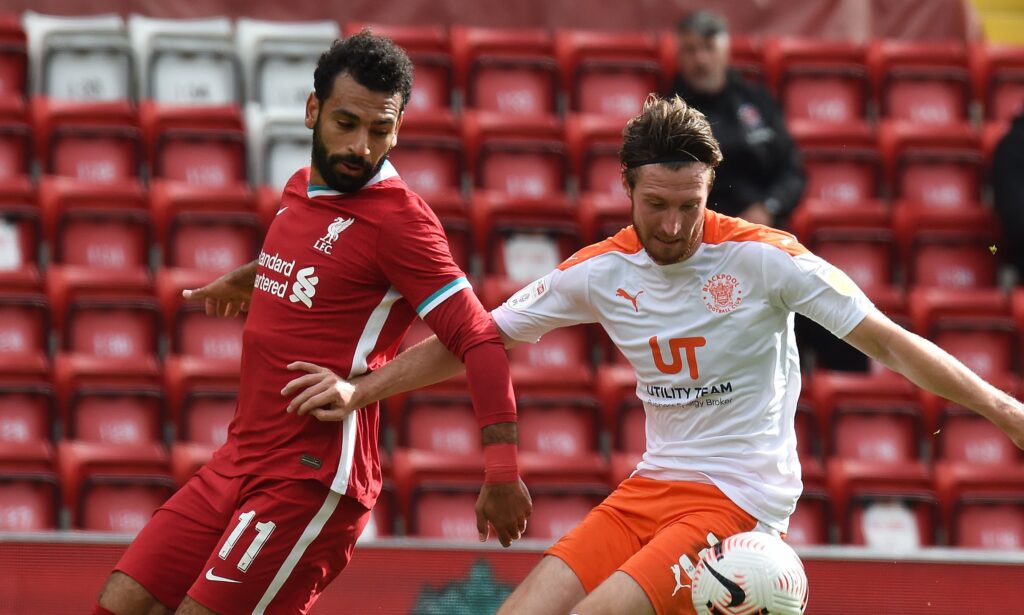 The Reds managed to get themselves back in the game a few minutes before half-time as the returning Joel Matip connected with James Milner's corner, heading past goalkeeper Chris Maxwell.

Roberto Firmino should have made it 2-2 after being played through on goal in brilliant fashion by Mohamed Salah, but the Brazilian couldn't stay ahead of the last defender as the chance went begging.

Koumetio, Matip and Fabinho made way for Sepp van den Berg, Nathaniel Phillips and Curtis Jones for the first changes of the game at half-time.

Klopp's side made a more accomplished start to the second half and got themselves back on level terms as Sadio Mane found the back of the net after a Blackpool clearance fell into his path from close-range.

Less than two minutes later, Liverpool completed the comeback as Takumi Minamino drilled in an effort towards Firmino, who diverted the ball goalwards with a superb backheel finish to make it 3-2. 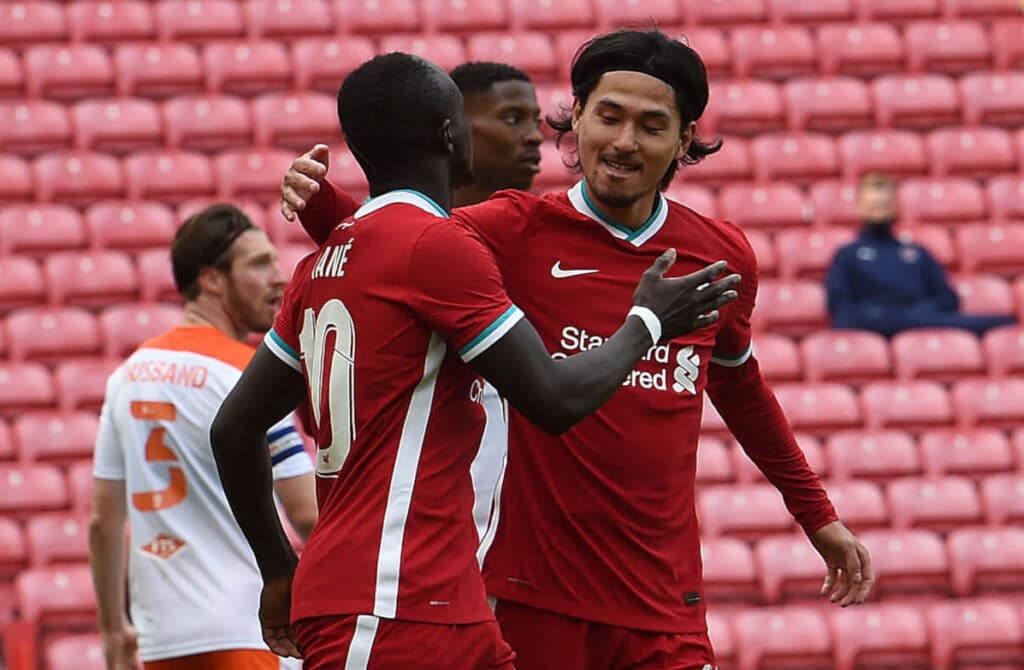 With a little under thirty minutes left, Alisson, Mane and Salah were then withdrawn as Klopp looked to give minutes to Adrian, Harvey Elliott and Divock Origi.

Elliott didn't take long to get his name on the scoresheet as Origi played him in, with the Reds youngster finishing brilliantly past Maxwell.

Liverpool continued their dominance as the half wore on and they made it 5-2 after excellent play from Firmino, who set up Minamino for his second goal in as many games.

Jones then found space on the right and played in a low ball for Origi, who finished with ease at the far post. The goal rush kept coming as Van den Berg made it 7-2 following good work from Elliott, who looped the ball towards the young centre-back inside the box.

The Reds now have a week to wrap up their preparations in training before taking Leeds United on at Anfield for their first Premier League fixture of the 2020/21 season.

Video by Ebeafootball on Dailymotion. Geo-restrictions may apply.

Disclaimer: Liverpool vs Blackpool highlights, goals and full match videos are provided and hosted by external sources. We help you discover publicly available material and act as a search engine. We do not host or upload this material and are not responsible for the content.