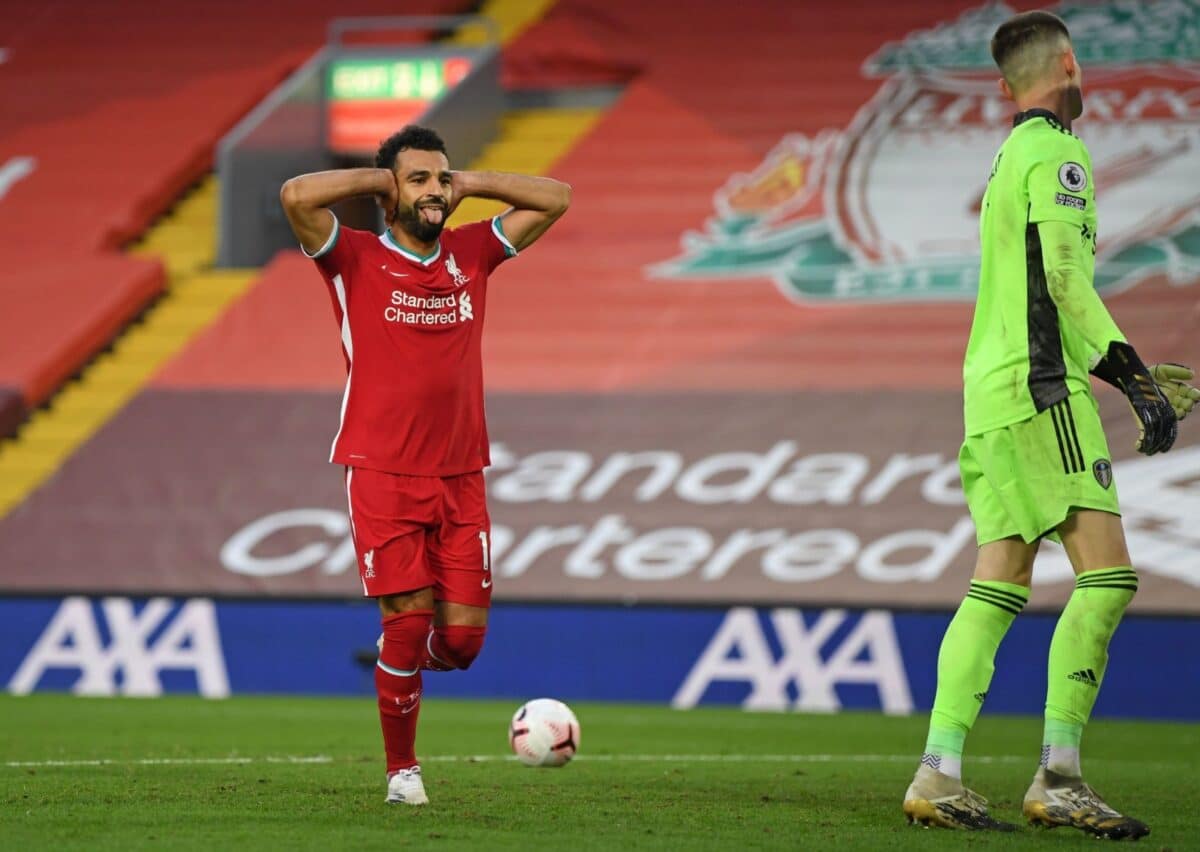 Mohamed Salah netted a hat-trick as Liverpool beat Leeds United 4-3 on the opening day of the Premier League.

Jurgen Klopp’s side were pegged back three times as Leeds gave an excellent account of themselves at Anfield on Saturday afternoon.

A hat-trick by Mohamed Salah and a Virgil van Dijk header handed the Reds three points to start the season, although questions remain of their defensive showing. 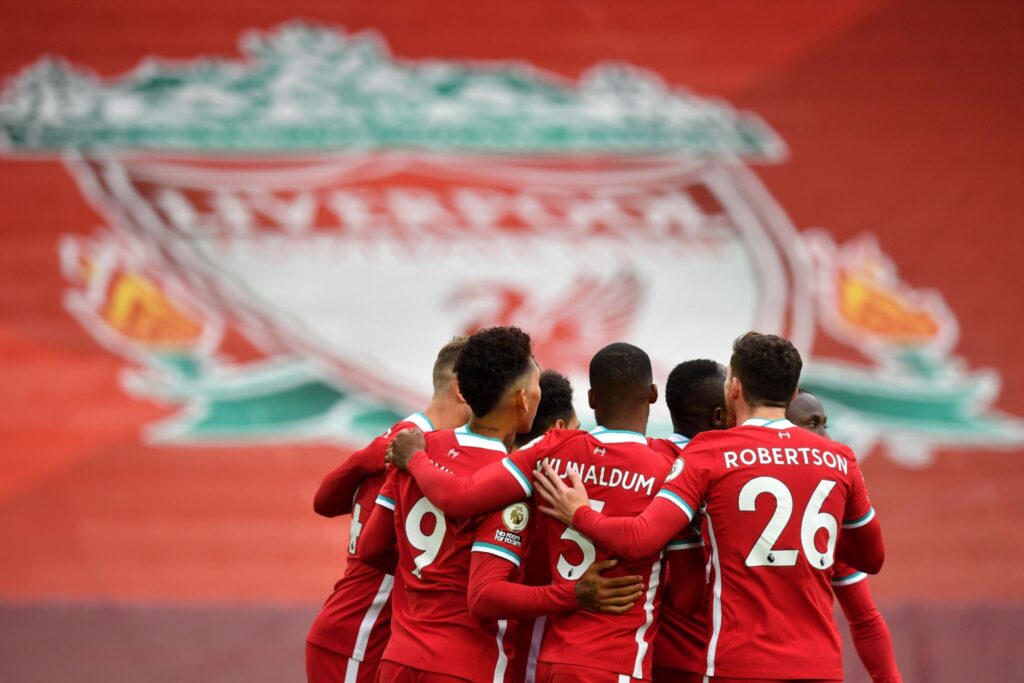 Jordan Henderson returned from injury to start in midfield alongside Naby Keita and Gini Wijnaldum, while Trent Alexander-Arnold returned at right-back.

Liverpool started on the front foot as Keita burst forward from midfield and played in Roberto Firmino, who looked favourite to slot the ball home but could only muster up a failed return pass.

But it didn't take long for the Reds to take the lead as Mohamed Salah's effort hit Robin Koch's outstretched arm in the box, with the Egyptian firing the spot-kick down the middle to put Liverpool 1-0 up inside the opening four minutes.

Leeds had a goal rightly disallowed for offside a few minutes later after Helder Costa slotted home from close-range. But the visitors looked dangerous on the break with the Reds looking shaky at the back.

Their ambitious style of play saw them draw level in the 12th minute as Jack Harrison slotted past Alisson with an excellent strike after getting the better of Alexander-Arnold in the build-up. 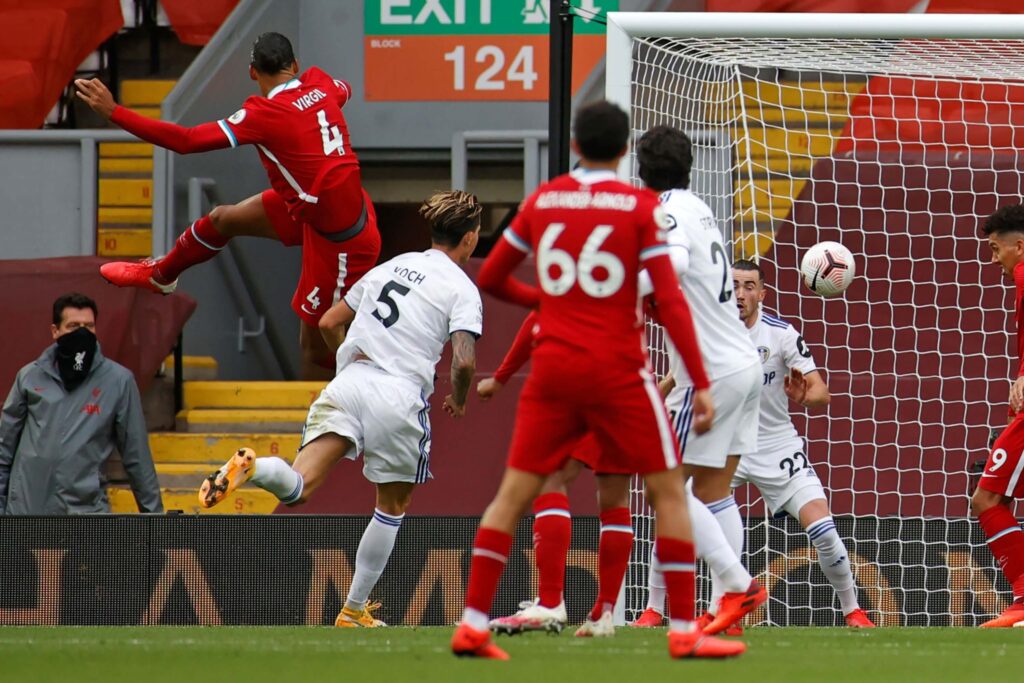 Sadio Mane finished superbly from over 40 yards out after Leeds goalkeeper Illan Meslier’s clearance fell to his feet. But the goal was disallowed, with replays showing Andy Robertson to be offside just before.

But Liverpool regained the lead in the 20th minute as Van Dijk ran past Koch and headed home with a thumping header.

Liverpool’s defence continued to look leaky and a sloppy mistake by Van Dijk presented the ball to Patrick Bamford, who found the back of the net to level the scores.

The goals kept coming as the Reds took the lead less than three minutes later as Salah collected the ball in the box and fired past Meslier’s near post to make it 3-2 and cap off an enthralling first-half.

It was more of the same after the interval as Firmino’s cut-back found Wijnaldum, whose effort was saved well from close-range.

Liverpool had a huge let-off just before the hour mark when Alexander-Arnold headed into the back of his own net in an attempt to clear Harrison’s chip over Alisson. The Leeds winger was adjudged offside from the long ball, much to the relief of the Reds right-back. 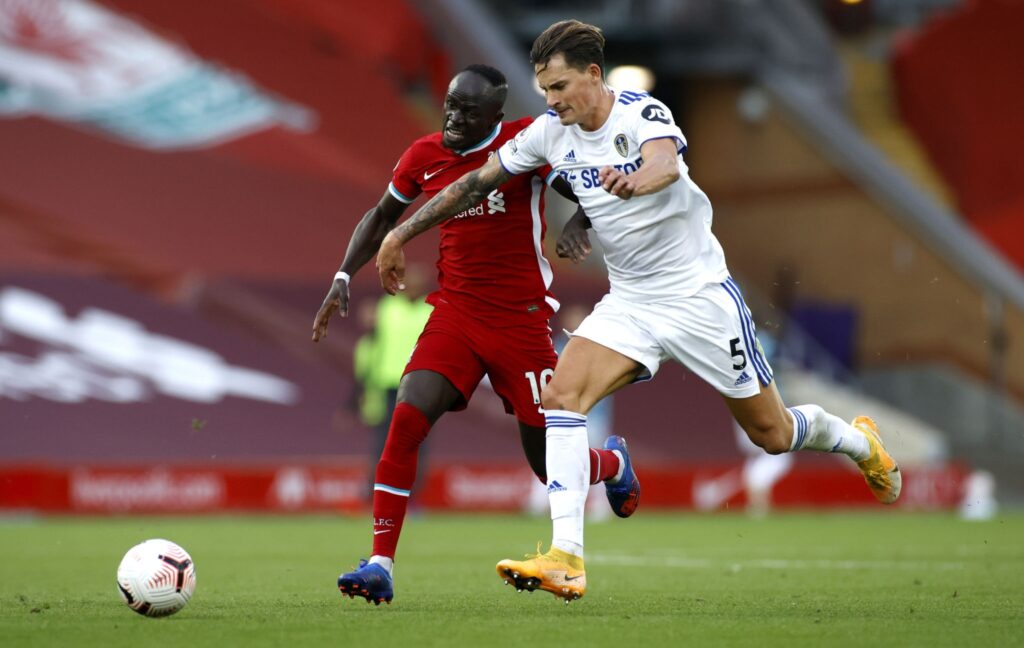 Keita and Henderson were withdrawn in place of Fabinho and Curtis Jones as Klopp looked to energise his midfield heading into the final half-hour.

But Leeds struck again as the Reds were caught napping, with Mateusz Klich darting into the box and smashing the ball across Alisson and into the back of the net.

Van Dijk thought he’d made it 4-3 when he smashed the ball home unmarked from a corner, but referee Michael Oliver blew for a foul on Koch by Jones in the box.

With the minutes ticking down, Liverpool were awarded a penalty for a foul on Fabinho by Rodrigo.

Salah stepped up in familiar fashion and sent Meslier the wrong way to give the Reds a dramatic 4-3 opening-day victory.

Disclaimer: Liverpool vs Leeds highlights, goals and full match videos are provided and hosted by external sources. We help you discover publicly available material and act as a search engine. We do not host or upload this material and are not responsible for the content.