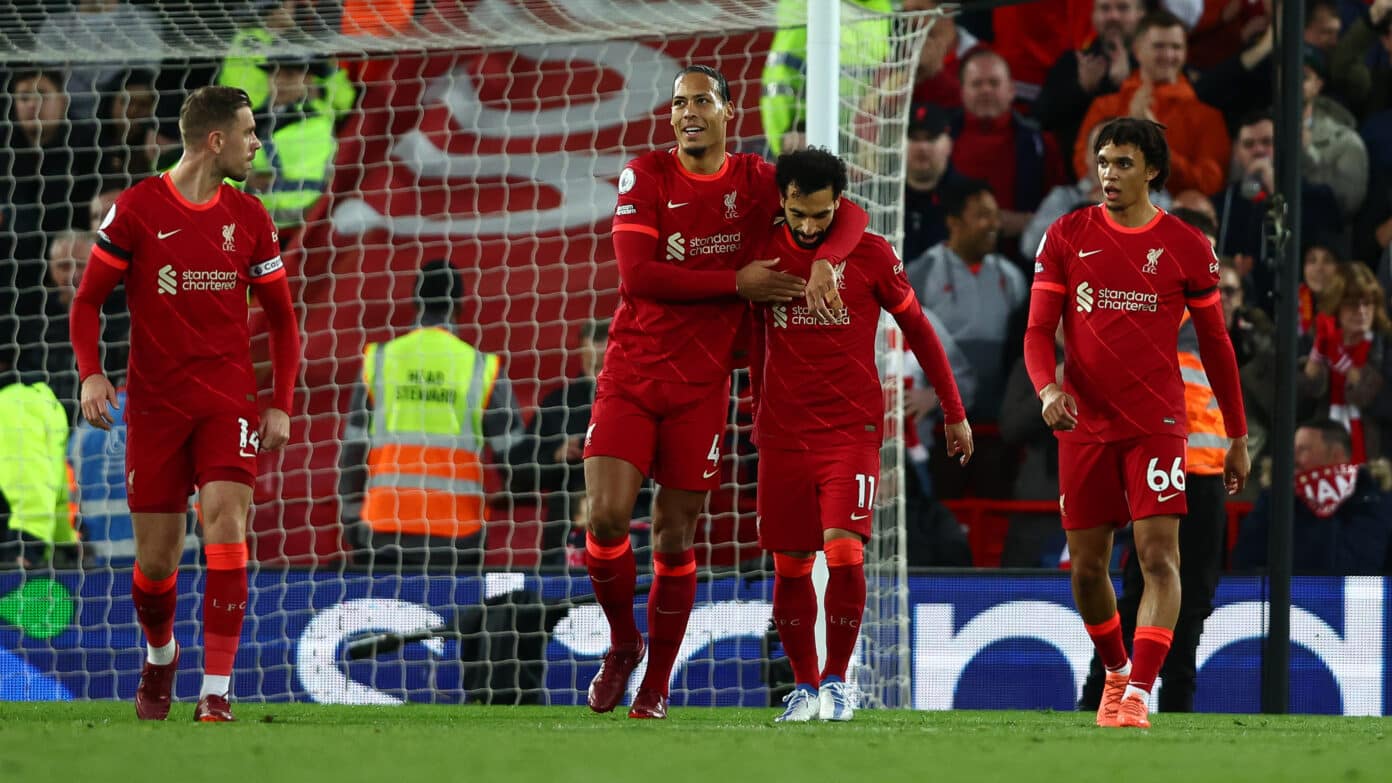 Liverpool vs Man United highlights: Watch all the goals and highlights as the Reds beat Manchester United 4-0 to go top of the Premier League.

The Reds took the lead with their first real attack of the game as a well-worked move saw Sadio Mane drop to the halfway line before feeding Mohamed Salah's run in behind the United defence, with the Reds forward squaring the ball for Luis Diaz to tap home and put Liverpool 1-0 up inside the opening five minutes.

Liverpool were in total control as the half wore on and they were rewarded for their dominance through Mohamed Salah, who broke his goal drought by expertly finishing off a sublime Reds move after Mane's excellent first-time pass to give the hosts a commanding 2-0 lead.

Jurgen Klopp's side were less dominant after the interval following a change in the system for the visitors, who appeared to plug the gaps far better with a back four in comparison to their five-man defence from the opening 45 minutes.

United began to get on top as the minutes ticked on but Liverpool found a third to stem any ambitions of a comeback. A quick break by Andy Robertson saw him play Diaz on the overlap before the Colombian cut back for Mane, who directed the ball into the bottom right corner to make it 3-0 to the Reds.

The Reds eventually sealed all three points through a second for a Salah, who ran onto an incisive ball by Jota before his effort deflected off Aaron Wan-Bissaka and looped into the back of the net to clinch a comprehensive 4-0 win.