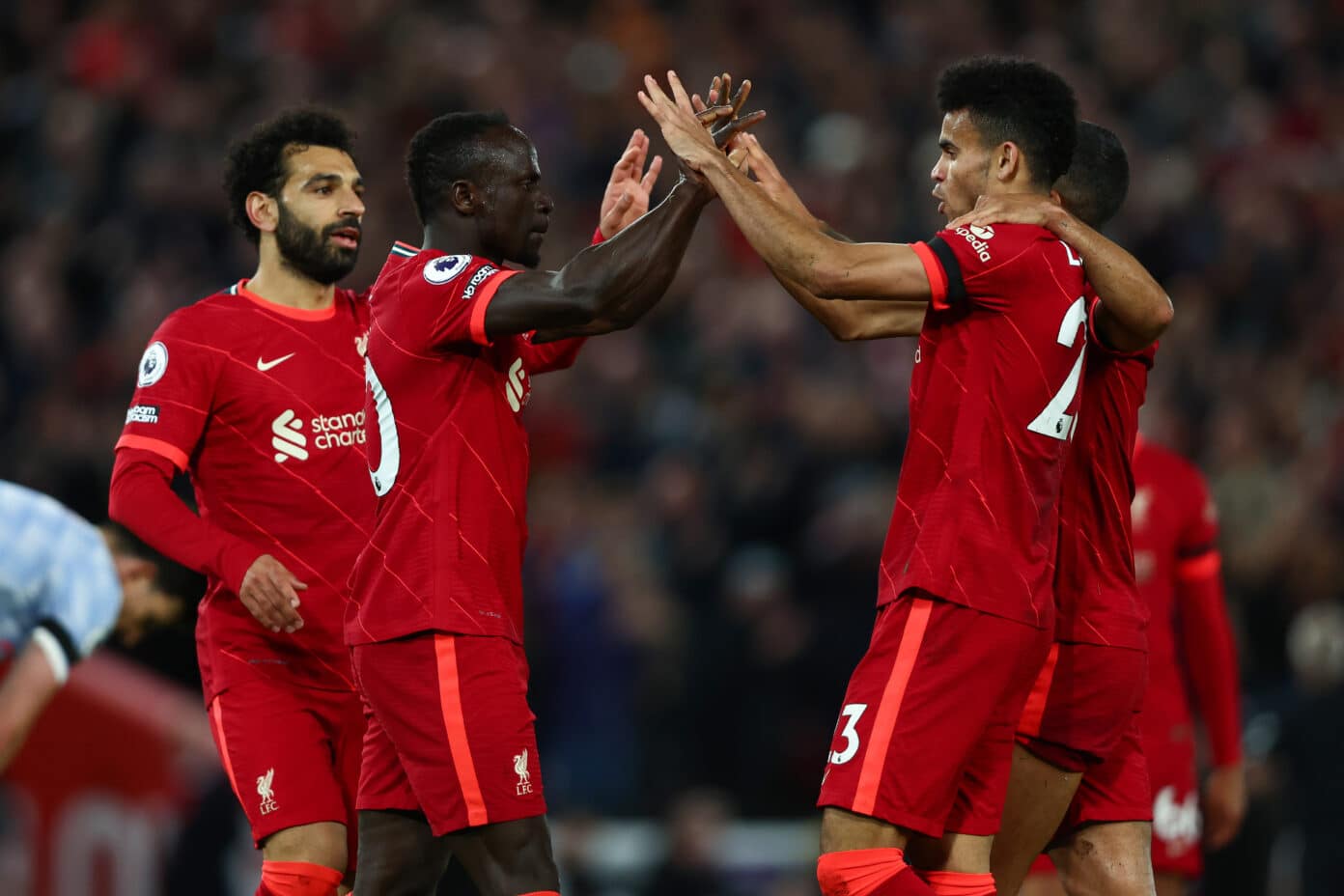 Liverpool dispatched Manchester United 4-0 at Anfield on Tuesday night to send themselves to the top of the Premier League table.

An excellent first-half display saw Liverpool take a richly deserved 2-0 lead into the break following an early opener for Luis Diaz and a Mohamed Salah strike midway through the half.

The result sees Liverpool go two points clear at the top of the Premier League table before Manchester City host Brighton at the Etihad on Wednesday night. 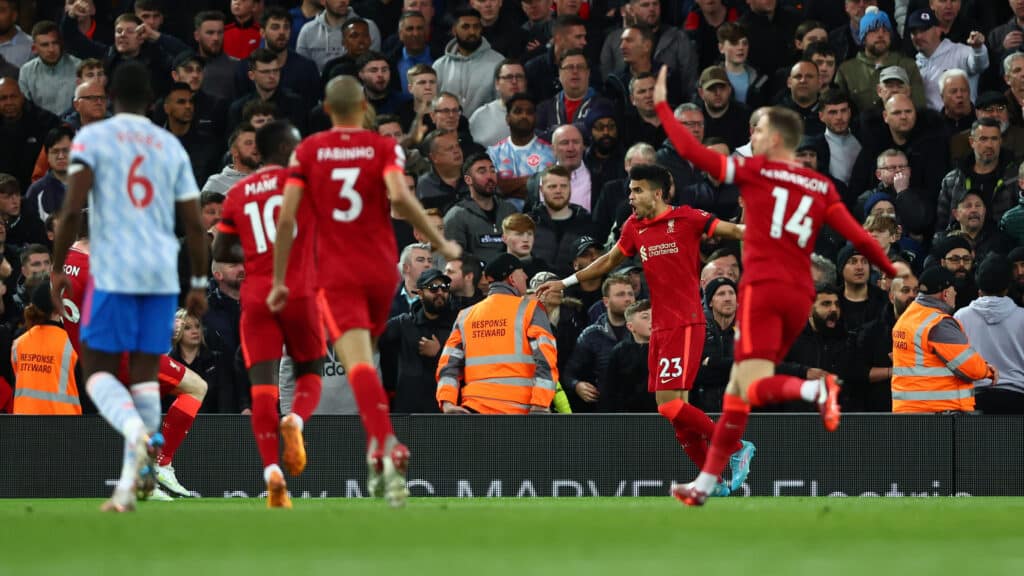 The boss made two changes from the weekend's FA Cup semi-final victory over Manchester City as Joel Matip and Jordan Henderson returned to the starting eleven in place of Ibrahima Konate and Naby Keita. Roberto Firmino was not involved due to a minor foot injury, whilst Diogo Jota started from a strong Reds bench.

Liverpool took the lead inside the opening five minutes as Sadio Mane released Mohamed Salah down the right before the Egyptian rolled the ball across goal for Luis Diaz, who made no mistake with his finish past David de Gea to give the Reds an early advantage.

A minute's applause for Cristiano Ronaldo, following his devastating news yesterday, was held during the 7th minute, with all four sections of the stadium coming together to offer their condolences to the striker, who was not involved in the visitors' match-day squad.

Ralf Rangnick's side were dealt a blow soon after as Paul Pogba was forced off the pitch with a muscle injury, with Jesse Lingard coming on to replace the Frenchman and Bruno Fernandes moving into the centre of midfield.

United were forced to absorb pressure as the minutes ticked on as the Reds largely dominated the ball and penned their opponents inside their own half in search of an opening in their five-man defence. 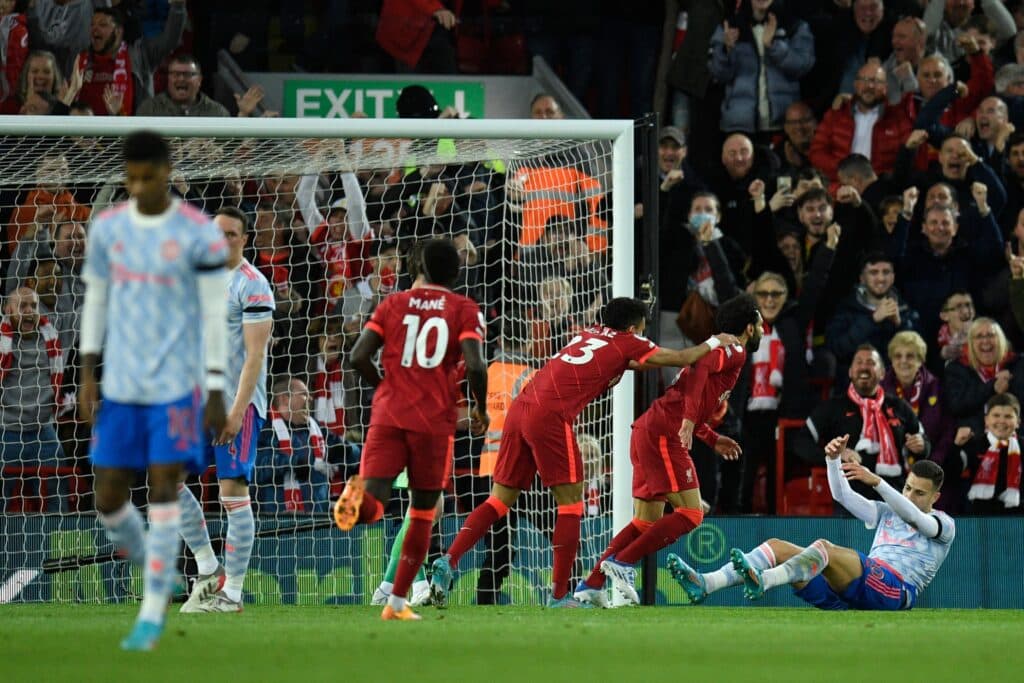 Diaz's looping header went just over the goal before Mane's strike was deflected behind for a corner that resulted in Fabinho having a shot at goal from close range, but the Brazilian was unable to get his effort through a crowd of bodies.

A fantastic move in the middle of the park, beginning with Joel Matip, saw Mane find Salah's run inside Diogo Dalot with a first-time pass around the corner before the Egyptian slotted home to net his first goal from open play since February and double the Reds' advantage.

A quick counter-attack saw Alisson release Diaz down the left before the winger looked inwards to Salah, who nearly snuck Mane through on goal, only for a last-ditch tackle to thwart the Senegal international from having the chance to add his name to the scoresheet.

Liverpool recycled the ball as it eventually made its way to Fabinho at the edge of the box before the midfielder went wide and squeezed in a pass for Diaz to finish at the far post, but the goal was rightly ruled out for offside against the Reds' no. 23.

The introduction of Jadon Sancho saw Rangnick's side change their system to four at the back, which appeared to help them gain a greater foothold in the game, but the Reds were still largely comfortable in and out of possession. 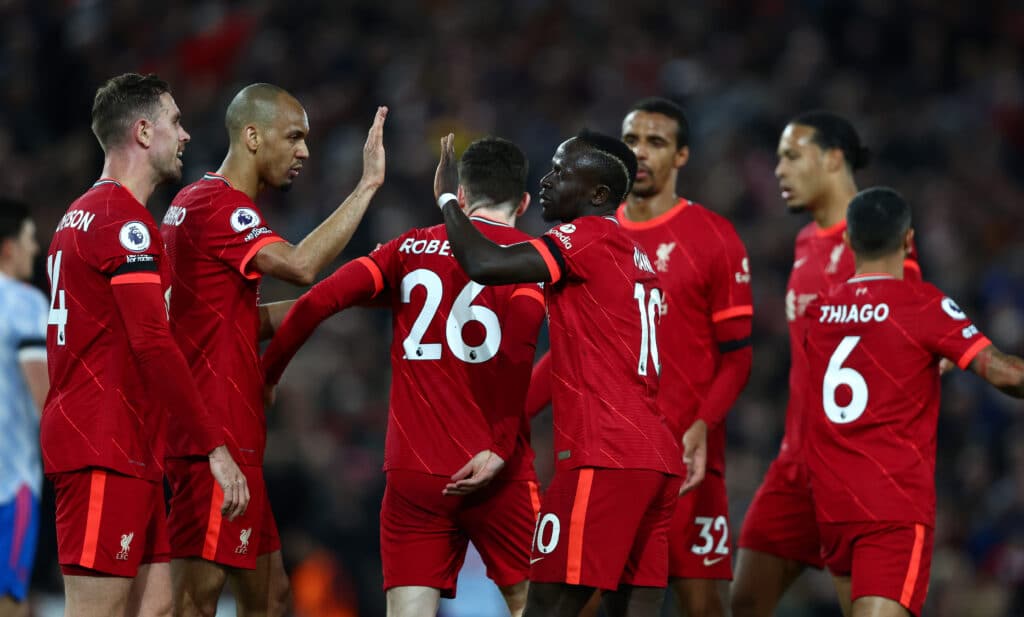 However, Liverpool struggled to get going as the half wore on and they had to rely on a double-save from Alisson to keep their two-goal lead as the Reds goalkeeper stood up well and denied Marcus Rashford and Anthony Elanga in quick succession.

Despite the tide turning in United's favour, the Reds managed to nip further ahead through Mane, whose accurate first-time finish hit the back of the net after being found by Diaz to put clear daylight between the two sides.

Diaz then made way for Diogo Jota with a little over 30 minutes left on the clock, with Mane intriguingly continuing down the middle and Jota taking up a spot down the left.

Thiago was then withdrawn in place of Naby Keita for the closing stages, with the Spaniard receiving a rapturous round of applause from the Kop after putting in one of his best performances at Anfield this season.

Salah wrapped up the game in the final stages as Jota picked up the ball down the left and drove inside before feeding the Egyptian, who held off Aaron Wan-Bissaka's challenge before his shot deflected off the right-back and looped into the back of the net to seal a 4-0 win.