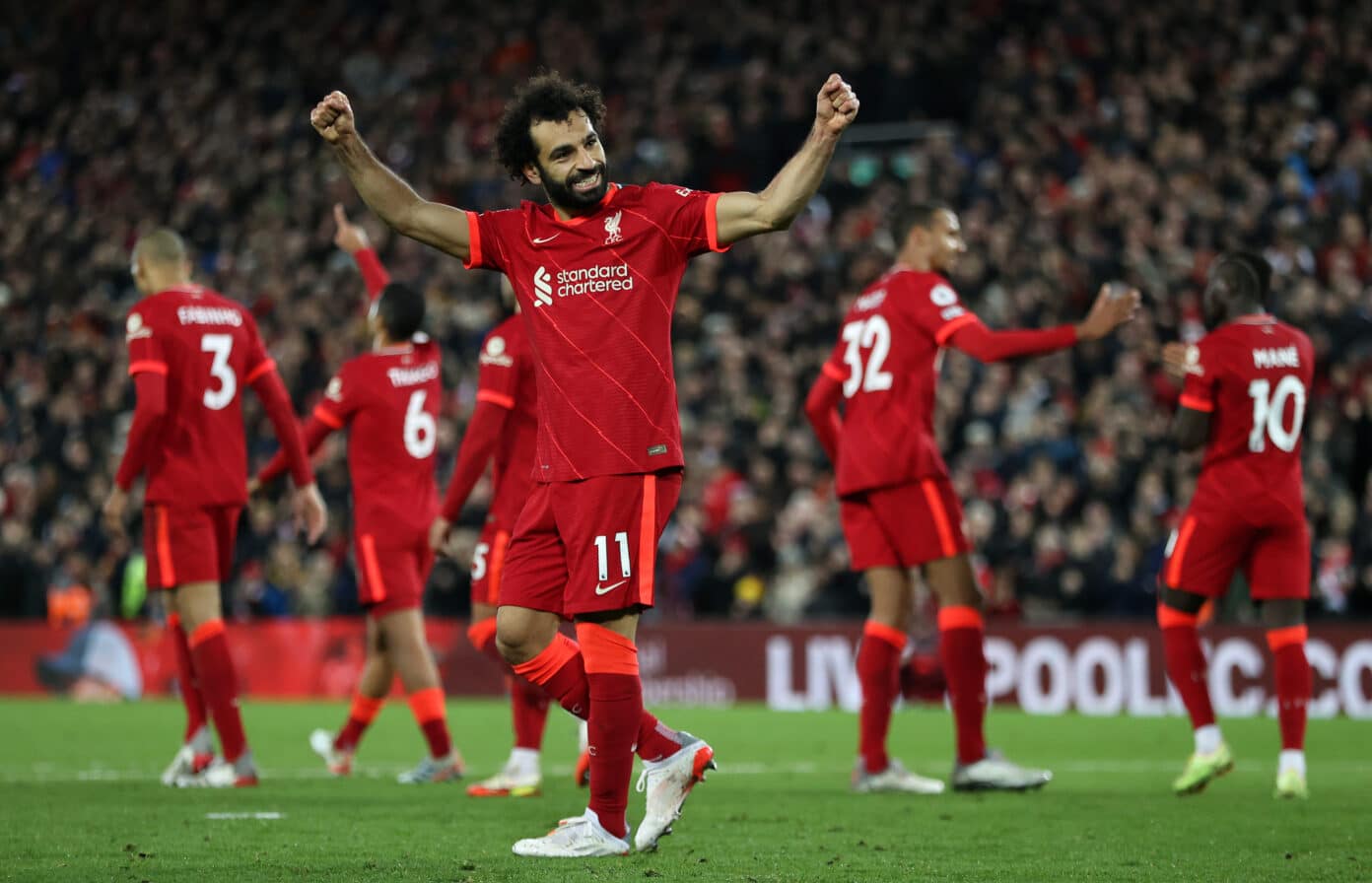 It was a slow-burner between the two sides in the first half but a clash between the two managers turned the temperature up a notch before Sadio Mane headed the Reds ahead in the latter stages of the half.

Liverpool doubled their advantage just after the break as Diogo Jota expertly finished from close-range before the front three combined with a quick counter culminating in Mohamed Salah tapping home to make it 3-0.

Substitute Takumi Minamino came off the bench to score from his first touch as he compounded the misery on the visitors and secured a 4-0 win for the Reds, who now sit four points behind league-leaders Chelsea. 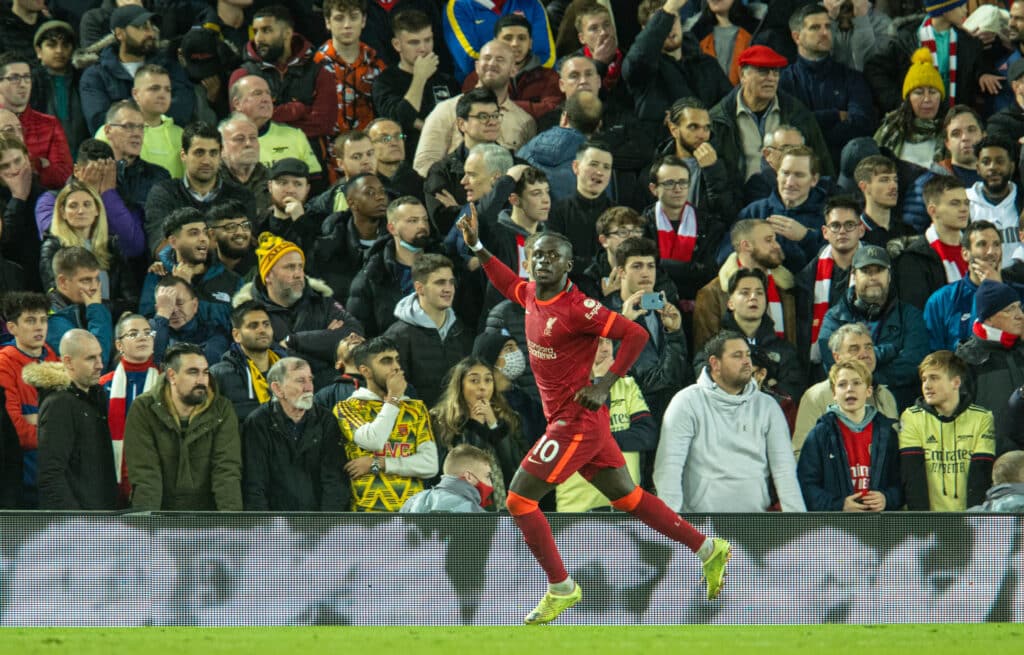 Thiago returned to the starting eleven in place of Jordan Henderson, who was named on the bench, whilst Kostas Tsimikas replaced Andy Robertson in the back-line, with the Scotsman absent altogether.

A mistake by Ben White gave the Reds their first sighter at goal as the Arsenal defender's marauding run forward was intercepted by Alex Oxlade-Chamberlain before the ball found Mohamed Salah, but the Egyptian dragged his low effort wide of the near post.

Jurgen Klopp would have expected his side to make a flying start but they struggled to get going for much of the early stages, with Mikel Arteta's side pressing effectively and making it difficult to play through them.

The visitors created their first meaningful attack through Takehiro Tomiyasu, whose cross evaded Joel Matip and was nearly headed home by Bukayo Saka, but Oxlade-Chamberlain impressively tracked his runner into the six-yard box and turned the ball to safety.

Liverpool began to see moments of promise midway through the half as they won the ball back high and broke at the Gunners defence, although any significant chances remained far and few between. 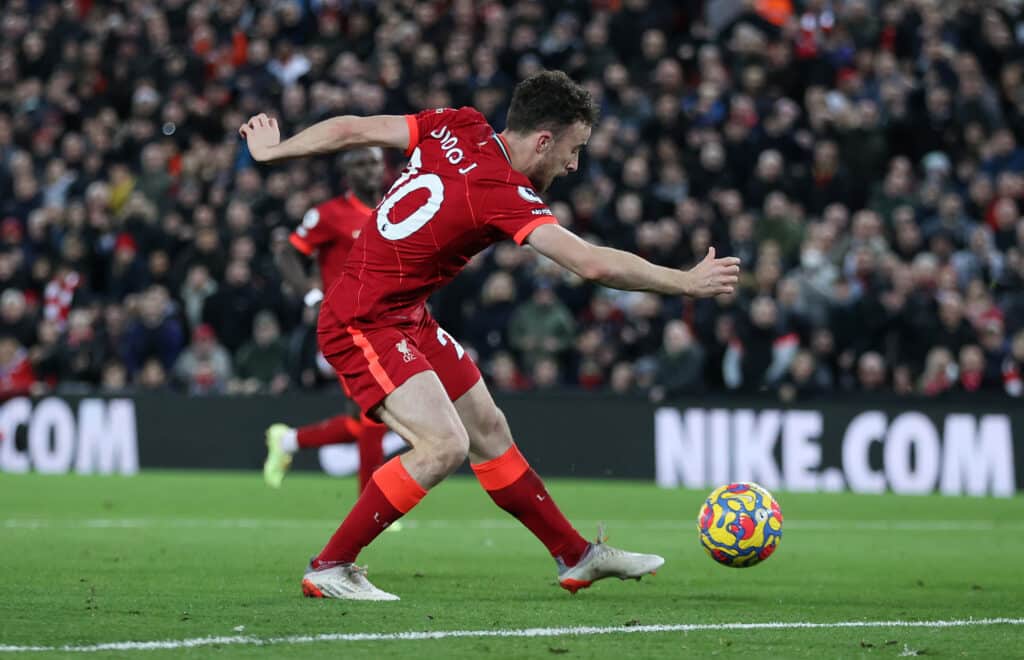 Trent Alexander-Arnold's low cross was turned behind by Saka before Oxlade-Chamberlain's powerful drive from the edge of the box was also blocked, with the Reds beginning to build up steam.

Another dangerous cross from Alexander-Arnold made its way to Thiago, whose first-time shot was saved by Aaron Ramsdale before the goalkeeper got up quickly to deny Sadio Mane from the follow-up.

Arsenal had the ball in the back of the net through Alexandre Lacazette, but the goal was correctly disallowed by the linesman for offside, much to the relief and delight of the Kop.

Both managers received a yellow card after a fierce exchange on the touchline that required their staff to keep them apart, which galvanised the Anfield crowd and turned the decibels up twofold.

An excellent combination between Mane and Tsimikas saw the left-back run clear into the box and pull the ball back for Salah, who looked favourite to score with a low effort, but Ramsdale was behind it to keep the Reds forward out. 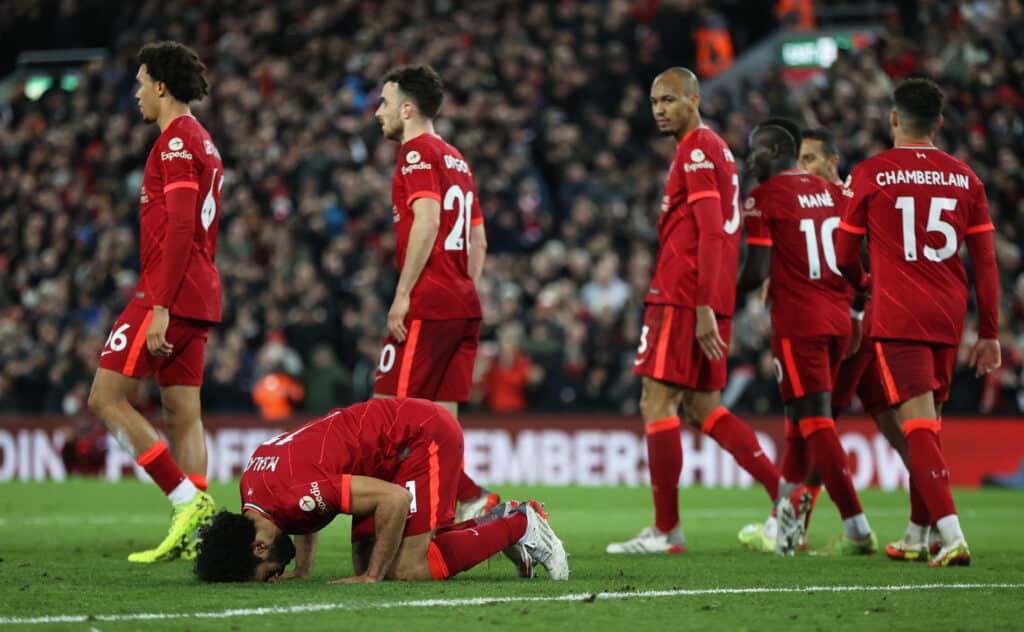 Liverpool continued to put the pressure on the visitors as Alexander-Arnold cut in from the right and unleashed a powerful effort at goal, but Ramsdale made another impressive save to keep the score at 0-0.

But the Reds finally found the breakthrough via Mane, who met Alexander-Arnold's inch-perfect free-kick and headed the ball past Ramsdale to find the back of the net and make it 1-0 six minutes before the interval.

Liverpool made a bright start to the second half and they capitalised on their advantage as left-back Nuno Tavares gifted the ball to Diogo Jota, who kept his cool and evaded the Arsenal defence before calmly rolling the ball into the back of the net to make it 2-0.

The Reds’ press was far more effective in the second half as they continuously won the ball back in Arsenal’s half and threatened to create another opening.

Alisson was called into a good low save after Lacazette's through ball was latched onto by Pierre-Emerick Aubameyang, with the Brazilian sticking a leg out to deny the Arsenal forward. 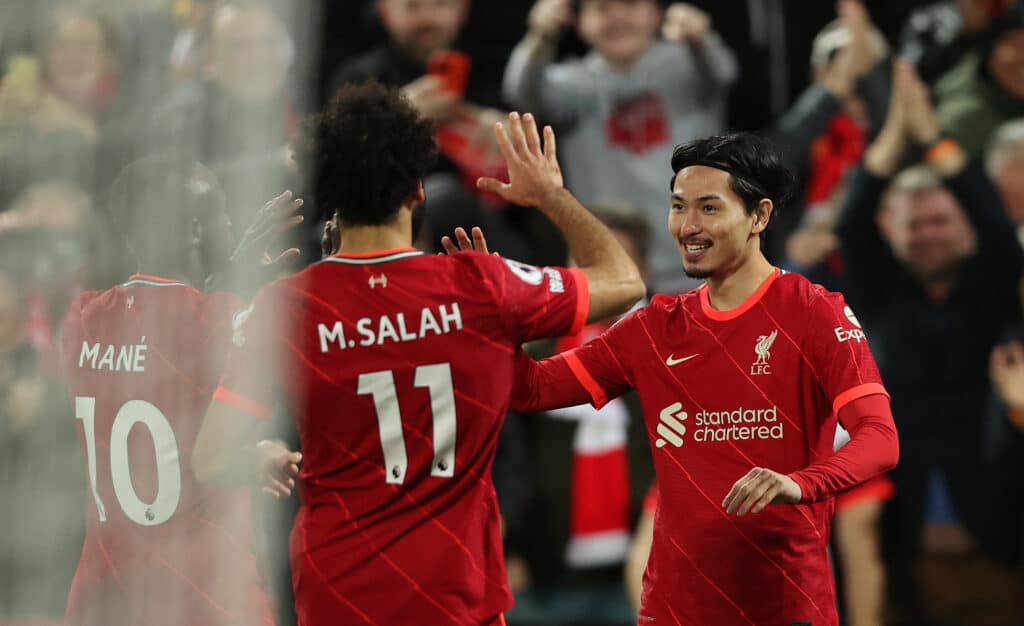 A threatening break by Salah saw him supply an unmarked Jota with a well-weighted pass, but his left-footed effort aimed across Ramsdale was kept out well once again by the goalkeeper.

But the Reds found a third with a little over fifteen minutes left on the clock as Jota's flick-on was run onto by Mane, who squared the ball for Salah to round off the excellent move with his 12th Premier League goal of the season.

Oxlade-Chamberlain and Jota were then withdrawn for skipper Jordan Henderson and Takumi Minamino, and the latter scored just seconds after his introduction as he connected with Alexander-Arnold's low cross to tap the ball home and make it 4-0.

With a little over seven minutes left, 19-year-old Tyler Morton came on to make his Premier League debut as he replaced Thiago in the middle of the park.

Liverpool controlled the final minutes as they secured all three points, which takes them up to second in the Premier League table, four points behind Chelsea. Next up, Porto at Anfield in the Champions League in midweek.