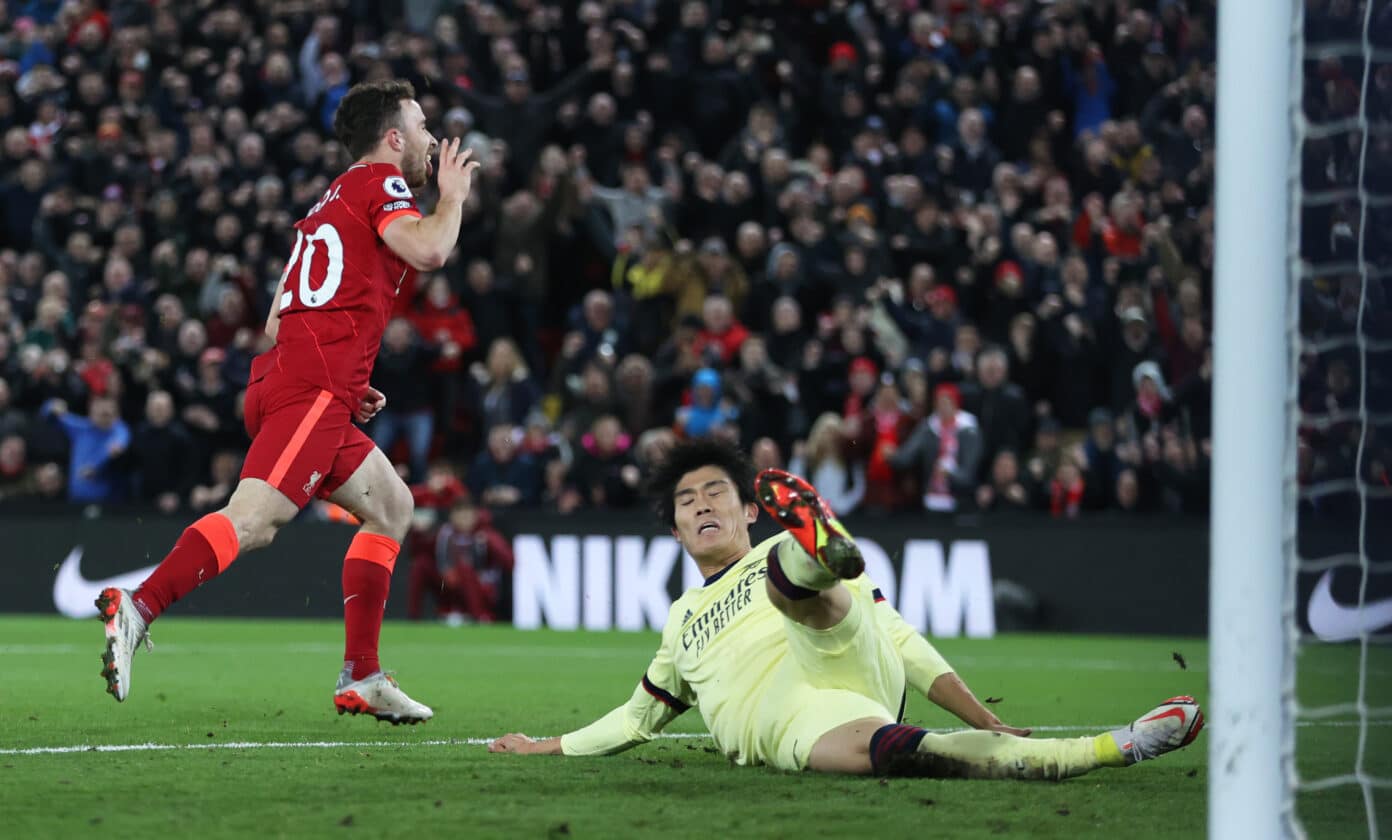 Liverpool vs Arsenal highlights - Watch all the goals and highlights as the Reds beat Arsenal 4-0 in the Premier League on Saturday.

Liverpool struggled to build up much momentum in the opening stages as Arsenal kept their shape well and pushed up high to deny the Reds time on the ball through the middle.

But the Reds began to find cracks through the Arsenal defence as the half wore on, with Thiago and Sadio Mane seeing their respective efforts denied by goalkeeper Aaron Ramsdale.

Jurgen Klopp and Mikel Arteta clashed on the touchline following a challenge by Mane on Takehiro Tomiyasu, with both managers receiving a yellow card, which turned the volume up in the stadium for the following minutes that saw a Reds onslaught.

Mohamed Salah and Trent Alexander-Arnold were both denied by more good work from Ramsdale, but the Gunners shot-stopper was unable to keep out Mane's header from an excellent Alexander-Arnold set-piece as the Reds finally found the breakthrough before the interval.

The Reds made a lively start to the second half and they doubled their advantage early on through Diogo Jota, with the Portuguese latching on to Nuno Tavares' wayward pass and beating both Ben White and Ramsdale before coolly slotting the ball into the back of the net.

Liverpool continued to dominate and the front three combined excellently to net a third as Mane ran onto Jota's flick and squared the ball for an unmarked Salah to tap the ball home and put the Reds in the driving seat.

Skipper Jordan Henderson and Takumi Minamino both came on shortly after and the latter netted with his first touch of the ball as Alexander-Arnold's low cross made its way to the back post for the Japan international to finish with ease and seal a 4-0 win for the Reds.