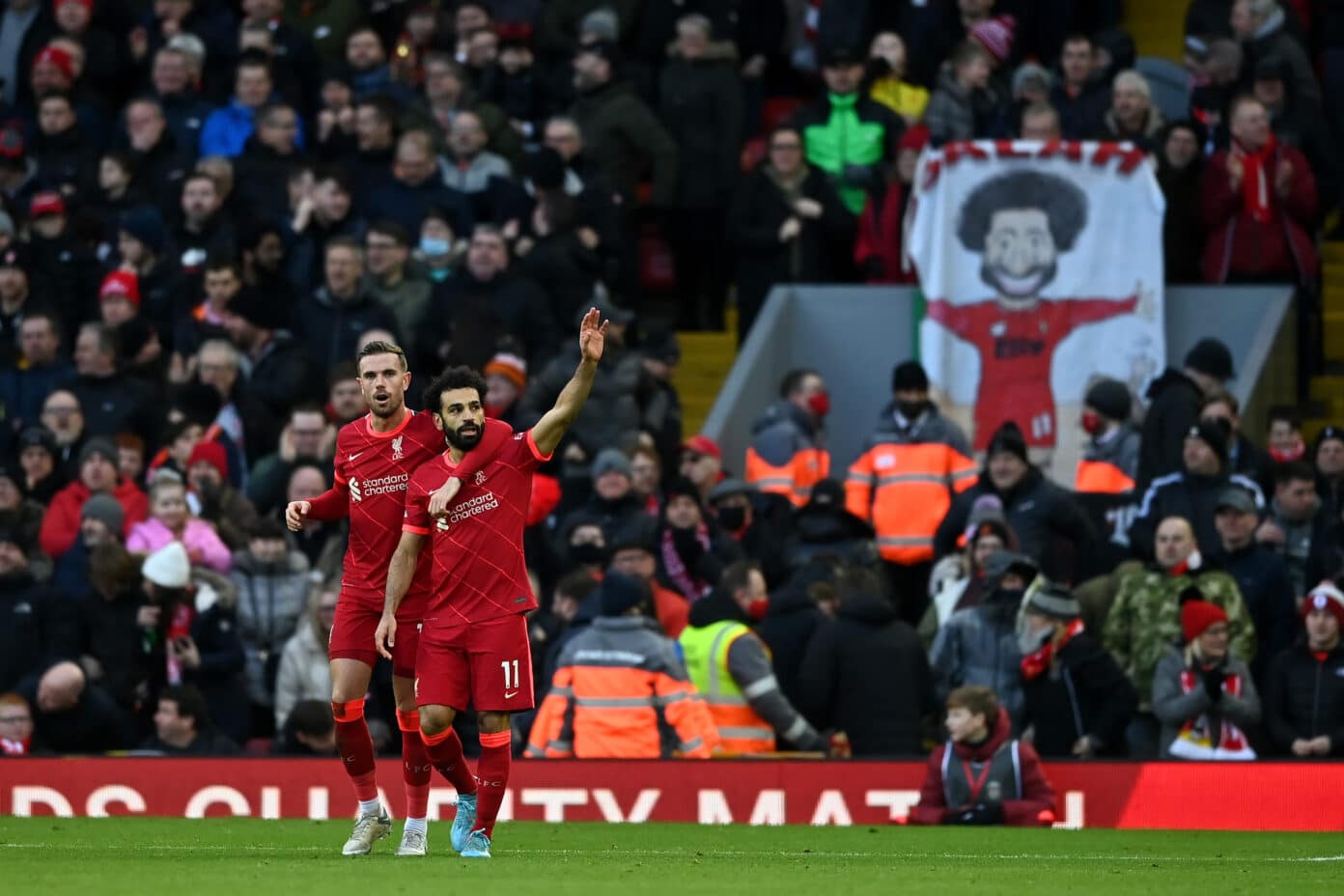 Liverpool came from behind to beat Norwich City 3-1 at Anfield thanks to goals from Sadio Mane, Mohamed Salah and Luis Diaz on Saturday.

The Reds looked likely to find an opener in the early stages of the first half but they went into the break frustrated at 0-0 as a resilient Norwich defence restricted their chances as the half wore on.

Dean Smith's side took a shock lead through Milot Rashica at the start of the second half but the Reds soon responded with quick-fire goals for Mohamed Salah and Sadio Mane, before Luis Diaz scored his maiden Reds goal to clinch a 3-1 win.

The result sees Liverpool make it eight wins from eight in all competitions, whilst they now lay six points behind league-leaders Manchester City, who face Tottenham in the later kick-off on Saturday. Jurgen Klopp made seven changes to the side that beat Inter Milan in midweek, with Joe Gomez, Joel Matip and Kostas Tsimikas coming into the side.

Elsewhere, Jordan Henderson, Naby Keita and Alex Oxlade-Chamberlain lined up in midfield, with Luiz Diaz coming into the forward line and Roberto Firmino missing out altogether due to a muscle injury.

Liverpool's first chance came through Mohamed Salah, who received the ball inside the area and curled his effort over the crossbar before Norwich had the ball in the back of the net at the other end through Milot Rashica, but the linesman rightly flagged for offside.

The Reds should have gone ahead after Salah's ball into the box was met by Tsimikas on the half-volley at the far post, but the left-back fired over from close range.

A ball into the box by Sadio Mane was nearly turned home by Virgil van Dijk's downward header, but goalkeeper Angus Gunn got down well to beat the ball away to safety. 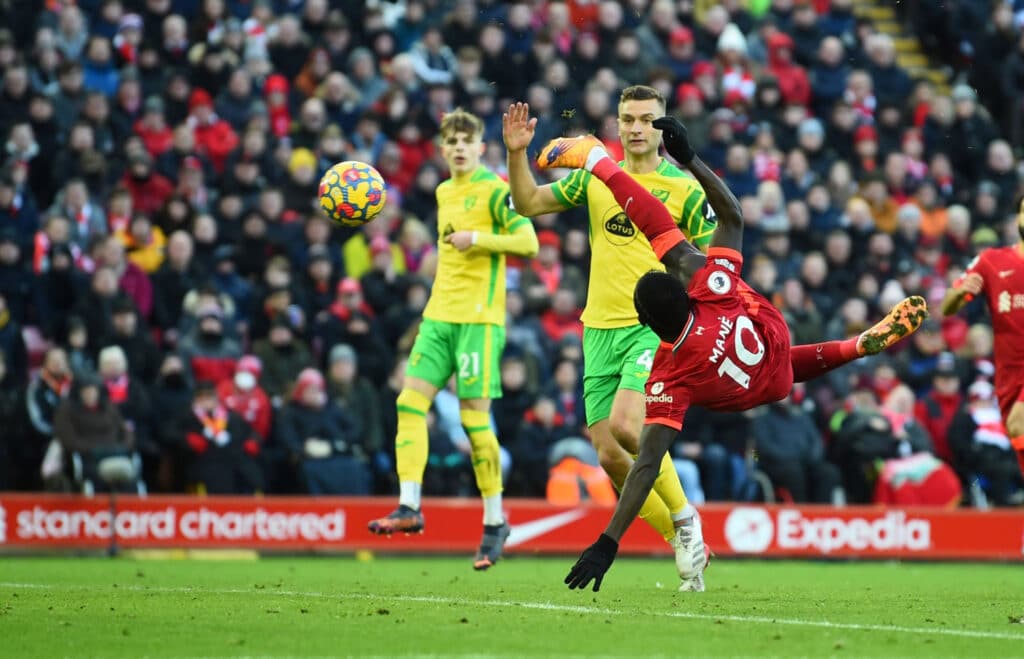 The Reds could have found themselves behind when Teemu Pukki beat the offside trap and looked favourite to slot the ball past Alisson, but the Norwich striker was unable to find the bottom corner as the ball flashed across the face of goal.

Diaz then went inches away from netting his first Reds goal as Tsimikas played the ball back for the waiting Colombian inside the box, but his effort had a tad too much power as it went just over the crossbar.

Salah looked to be on it as he danced past Brandon Williams and burst into the box before seeing his shot deflected behind. The Egyptian then met Tsimikas' ensuing corner but the ball was cleared off the line.

Despite the Reds looking likely to nudge ahead early on, Smith's side somewhat stemmed the flow as they kept a rigid defensive shape and looked to keep the action outside their area.

Tsimikas drew a good low save from Gunn, who turned the ball behind, with Oxlade-Chamberlain's effort from the resulting corner hitting Henderson before falling to Van Dijk, who finished past Gunn only for the flag to go up for offside. 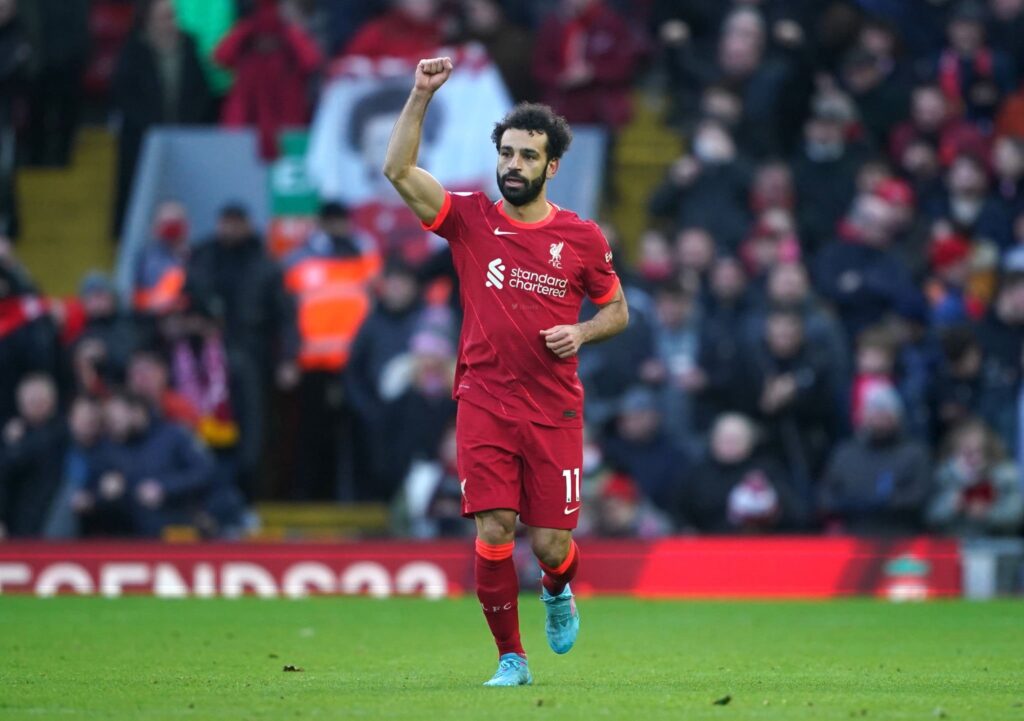 An excellent run and pass by Salah opened up space for Oxlade-Chamberlain at the edge of the box but the midfielder's left-footed strike was blocked before the referee blew for half-time.

Liverpool's task was hardened just three minutes into the restart, with Rashica's effort from outside the box making its way into the back of the net after a deflection from Matip to give the visitors a shock 1-0 lead.

The Reds put Norwich under the cosh as they went in search of a response, with Salah and Diaz linking up well before Diaz's shot was blocked, but the Canaries did well to come through unscathed and make life difficult for the hosts.

With less than 30 minutes left on the clock and Liverpool seemingly unable to unlock the relegation-threatened side, Klopp changed the system and introduced Thiago and Divock Origi, with Oxlade-Chamberlain and Keita making way for the duo.

The alteration worked wonders as the Reds stepped it up and Mane soon found the equaliser with an acrobatic finish after being found Tsimikas' first-time header, with Liverpool smelling blood and immediately going in search for a second. 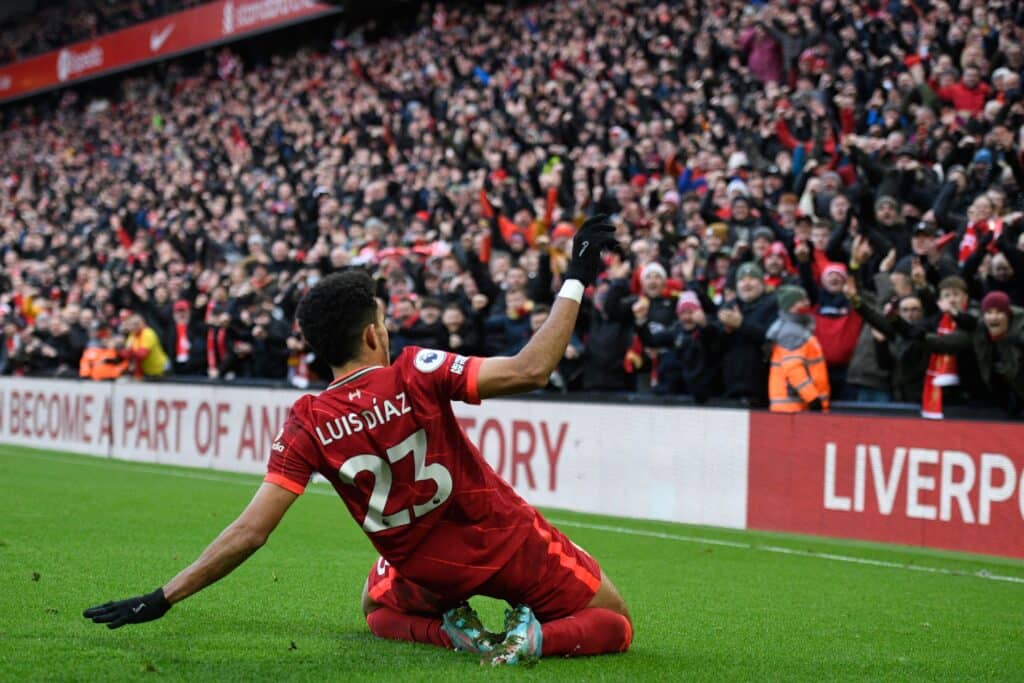 It took less than three minutes for Salah to make it two and hand Klopp's side the advantage for the first time in the game, with Alisson's long ball being run onto by the Egyptian before he kept his cool and rolled the ball past two men on the line to make it 2-1.

It was the Reds' number eleven's 150th goal in a Liverpool shirt and he nearly added another just minutes later after being released by Thiago, but he was unable to find the corner with a curling effort that initially looked destined to slot inside the far post.

Liverpool then all but sealed the three points as Henderson's pass found Diaz's run, with the January arrival expertly receiving the ball before finding the back of the net with a dinked left-footed finish to score his first Reds goal and make it 3-1.

Diaz then set up Mane brilliantly as the Senegal international opened up his body and looked favourite to stroke the ball into the far corner, but his effort went just wide of the post.

It ultimately finished 3-1, with the Reds reducing the gap - at least temporarily - to league-leaders Manchester City to six points.