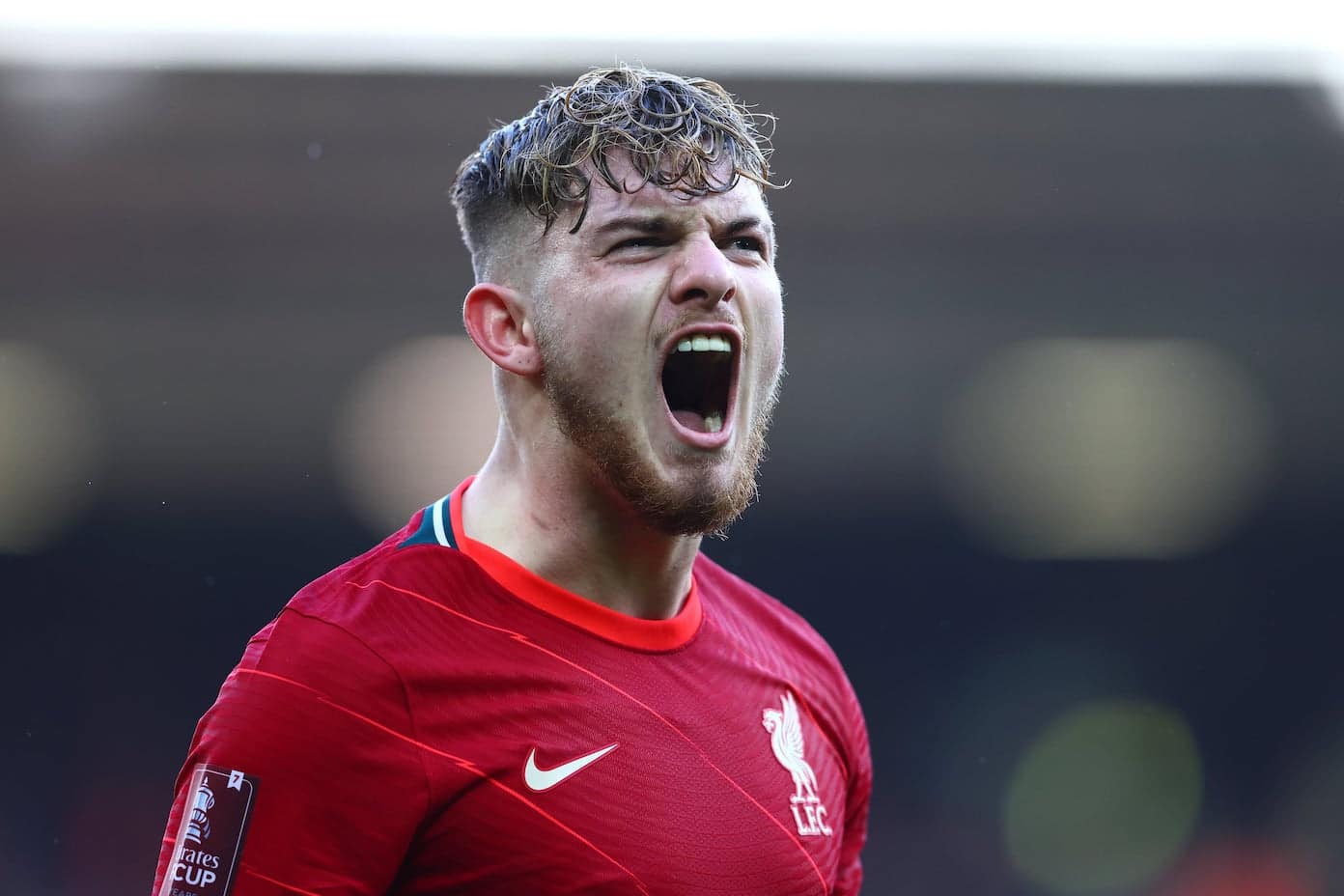 Harvey Elliott scored on his Reds return whilst debutant Luis Diaz notched an assist to add to Diogo Jota's opener as Liverpool beat Cardiff City 3-1 to progress to the FA Cup fifth round.

It was all even at half-time as Liverpool struggled to break down a resilient Cardiff defence, although Jota and Curtis Jones both squandered opportunities for the Reds.

But Jurgen Klopp's side made their superiority count in the second half as Jota headed home to break the deadlock, before Diaz set up Takumi Minamino to double the Reds advantage.

Substitute Elliott made it three with a stellar half-volley before Rubin Colwill bagged a late consolation goal for the visitors as the Reds booked their place against Norwich City in the fifth round. Ibrahima Konate, Kostas Tsimikas and Naby Keita made starts from the off, whilst new signing Luis Diaz was named on the bench alongside the likes of Harvey Elliott and Thiago.

Diogo Jota had the game's first opportunity as a sharp turn inside the box saw him find a yard of space before unleashing a powerful shot at goal, but goalkeeper Dillon Phillips was on hand to palm the ball to safety.

The visitors were well drilled and kept to their shape, with the Reds having to work hard to break them down and create any clear-cut opportunities.

Cardiff had a seemingly legitimate shout for a penalty after Ibrahima Konate came together with Mark Harris inside the box, but neither the referee nor VAR made the call in favour of Steve Morison’s side.

Moments later, Harris put a good low ball across Liverpool’s box but the cross evaded three blue shirts much to the relief of the Reds, who were yet to hit their stride. 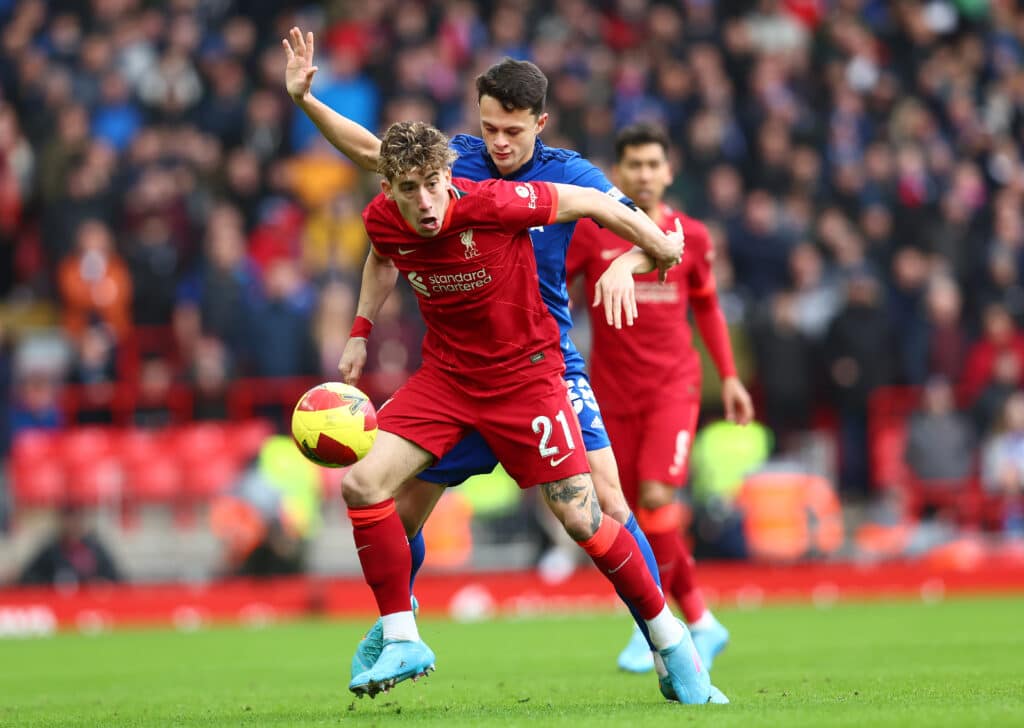 Excellent combination play between Jota and Takumi Minamino saw the latter set up an unmarked Curtis Jones inside the box, but the Reds youngster blazed his effort over the crossbar.

Jones had another effort from outside the box minutes later but it was the same result as the ball sailed into the stands, before Trent Alexander-Arnold’s free-kick also failed to trouble Phillips in goal.

Caoimhin Kelleher was handed a yellow card early in the second half after rushing out of his box and thwarting Harris. VAR reviewed the incident for a potential sending off before ultimately settling with the referee's on-field decision of a yellow.

The Reds finally found their breakthrough as Alexander-Arnold's pinpoint set-piece into the box was met by Jota, who showcased his world-class heading ability once more as he directed the ball inside the far post to make it 1-0 to Liverpool.

New arrival Luis Diaz came on to make his Reds debut alongside the returning Harvey Elliott, with the duo coming on to replace Keita and Jones with a little more than 30 minutes left on the clock. 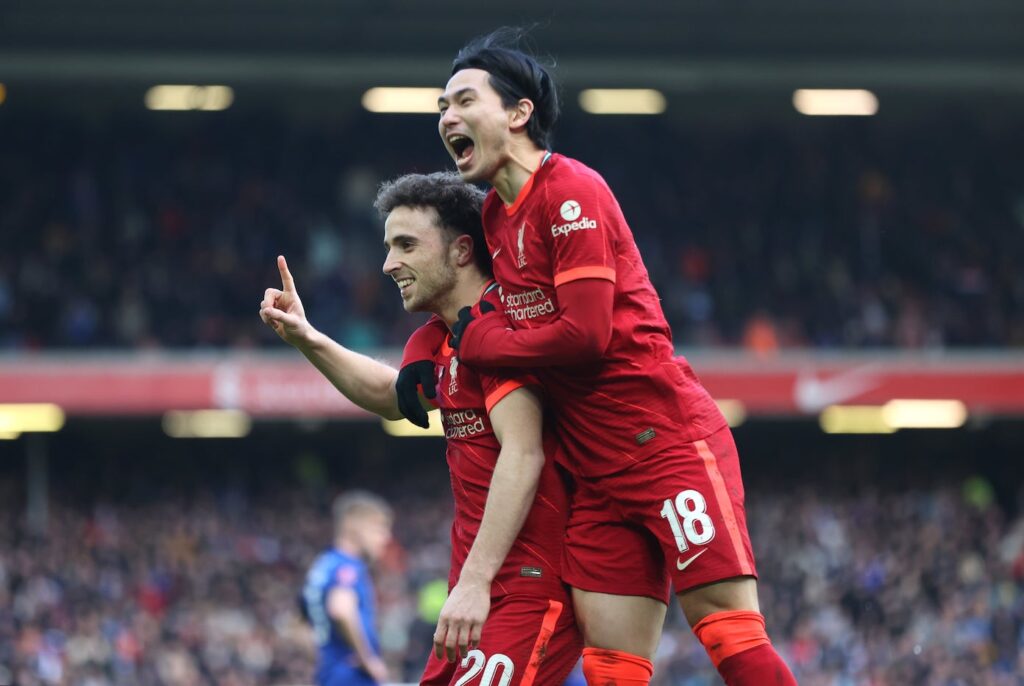 The Reds doubled their lead and all but sealed their progression into the next round as Diaz won the ball inside the box and pulled it back towards Jota, who failed to connect with the ball only for Minamino to follow up with a finish into the back of the net.

Andy Robertson and James Milner then came on to replace Tsimikas and Minamino, and it was Robertson's low ball that ultimately led to the Reds' third.

Elliott marked his return from injury with an excellent finish as he collected Robertson's cross and unleashed an accurate half-volley inside the near post to make it 3-0 in front of the Kop.

Thiago soon entered the fray as he also completed his return from the sidelines. Cardiff pulled one back late on through substitute Rubin Colwill but it wasn't to be for the visitors as it finished 3-1.