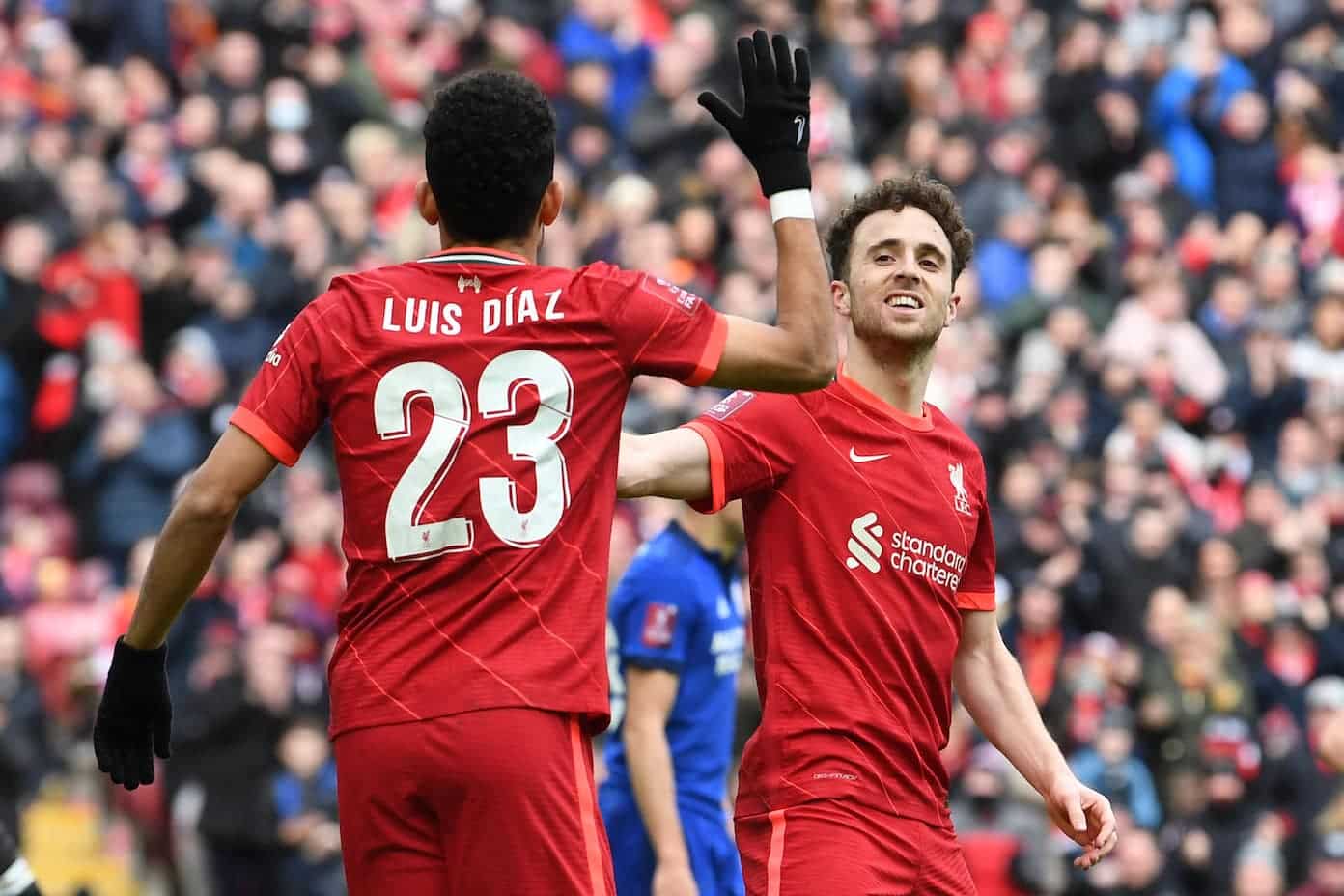 Liverpool vs Cardiff City highlights: Watch the highlights as goals from Diogo Jota, Takumi Minamino and Harvey Elliott sent the Reds into the FA Cup last-16.

Liverpool struggled to get going in the first half as Cardiff kept them at bay for large periods of the game, although the Reds squandered the chances that did come their way.

Having made a smart turn inside the box, Diogo Jota chose power over placement as his early effort was saved by goalkeeper Dillon Phillips.

Curtis Jones looked favourite to put the Reds ahead as the ball fell to his feet inside the box after good play from Takumi Minamino, but the youngster was too casual in his approach as he fired over the crossbar.

Liverpool finally broke the deadlock in the second half as Jota met Trent Alexander-Arnold's free-kick into the box with an excellent header as he directed the ball into the back of the net to make it 1-0 to the Reds.

The introduction of Harvey Elliott - making his return after five months out - alongside new signing Luis Diaz drew raucous applause from the Anfield faithful, with the duo coming on in place of Jones and Naby Keita.

It didn't take long for Diaz to make an impact as he forced a Cardiff mistake and won the ball back before squaring for Jota, who failed to connect with the ball only for Takumi Minamino to follow up with a smart finish.

It was Elliott's turn to make his mark minutes later as he collected Robertson's low cross and powerfully finished into the back of the net with an accurate half-volley to make it 3-0 and all but seal the Reds' progression into the fifth round.

The visitors pulled one back through midfielder Rubin Colwill as they looked to cast doubt on the result, but it ultimately finished 3-1 as the Reds reached the last-16 to set up a meeting with Norwich City at Anfield.