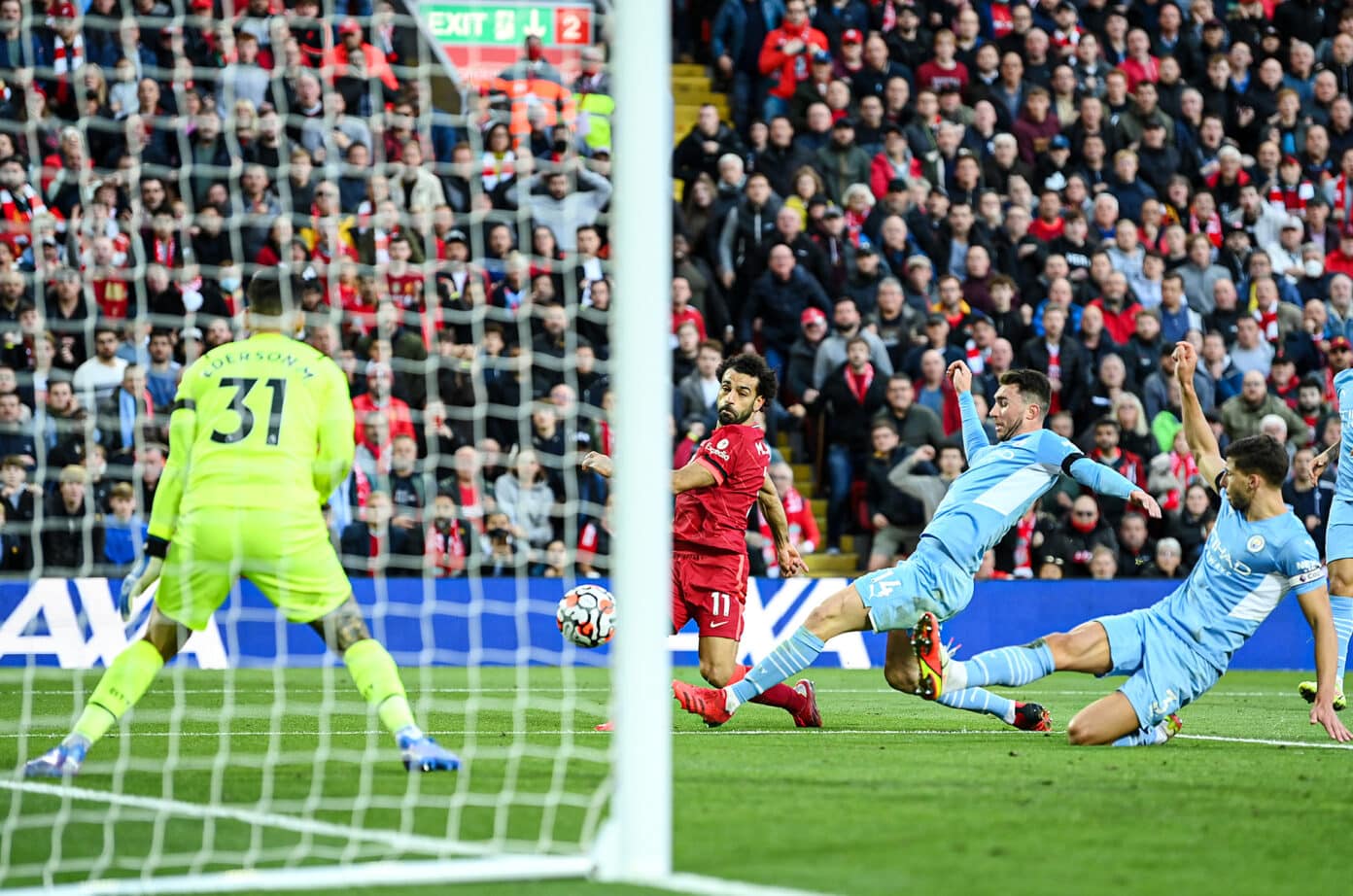 Liverpool vs Man City highlights: Watch the goals and highlights as the Reds played out an entertaining 2-2 draw against Manchester City at Anfield.

It was an unchanged starting eleven for Liverpool, with James Milner starting at right-back, Curtis Jones continuing in midfield and Diogo Jota getting the nod ahead of Roberto Firmino in attack.

Jurgen Klopp's side started the game looking to impose themselves on the visitors and make the most of a raucous Anfield atmosphere. But despite early encouragement, it was the visitors that were by far the better team in the first half.

Phil Foden was especially a threat down Liverpool's right, with Milner finding himself on a yellow after one of several times Foden threatened to go past the make-shift Reds right-back.

Foden had a shout for a penalty turned down after being brought down by Milner at the edge of the box. He then saw an effort saved well by Alisson after Liverpool's midfield was picked apart by Bernardo Silva.

Kevin de Bruyne then headed over the crossbar before Alisson made a goal-saving contribution by denying Foden going through on goal after Milner was caught out by a long-ball by Ederson as the two sides found themselves level at the break.

Liverpool fared better at the start of the second half as they managed to diminish City's huge threat from just before the break.

The Reds, who showed little going forward for much of the game, eventually found an opening and made the most of it. Good work down the right released Mohamed Salah, who beat Cancelo and slid Sadio Mane in, with the Reds forward finishing across Ederson and into the back of the net to make it 1-0.

But the lead didn't last long as Pep Guardiola's side found themselves level inside ten minutes, with Foden finding space inside the box and firing the ball into the back of the net with a low finish past Alisson.

Mohamed Salah put Liverpool back on top after scoring an exceptional goal that saw him beat numerous City defenders before powering the ball across Ederson and into the back of the net, but City offered a response a little over five minutes later.

The ball fell to De Bruyne at the edge of the box, with the Belgian's curling effort hitting Joel Matip and beating Alisson before crashing into the back of the net to make it 2-2.

There were late opportunities for both sides but neither could find a winner as it finished level at full-time. The Reds enter in the international break a point ahead of Guardiola's side in second place.