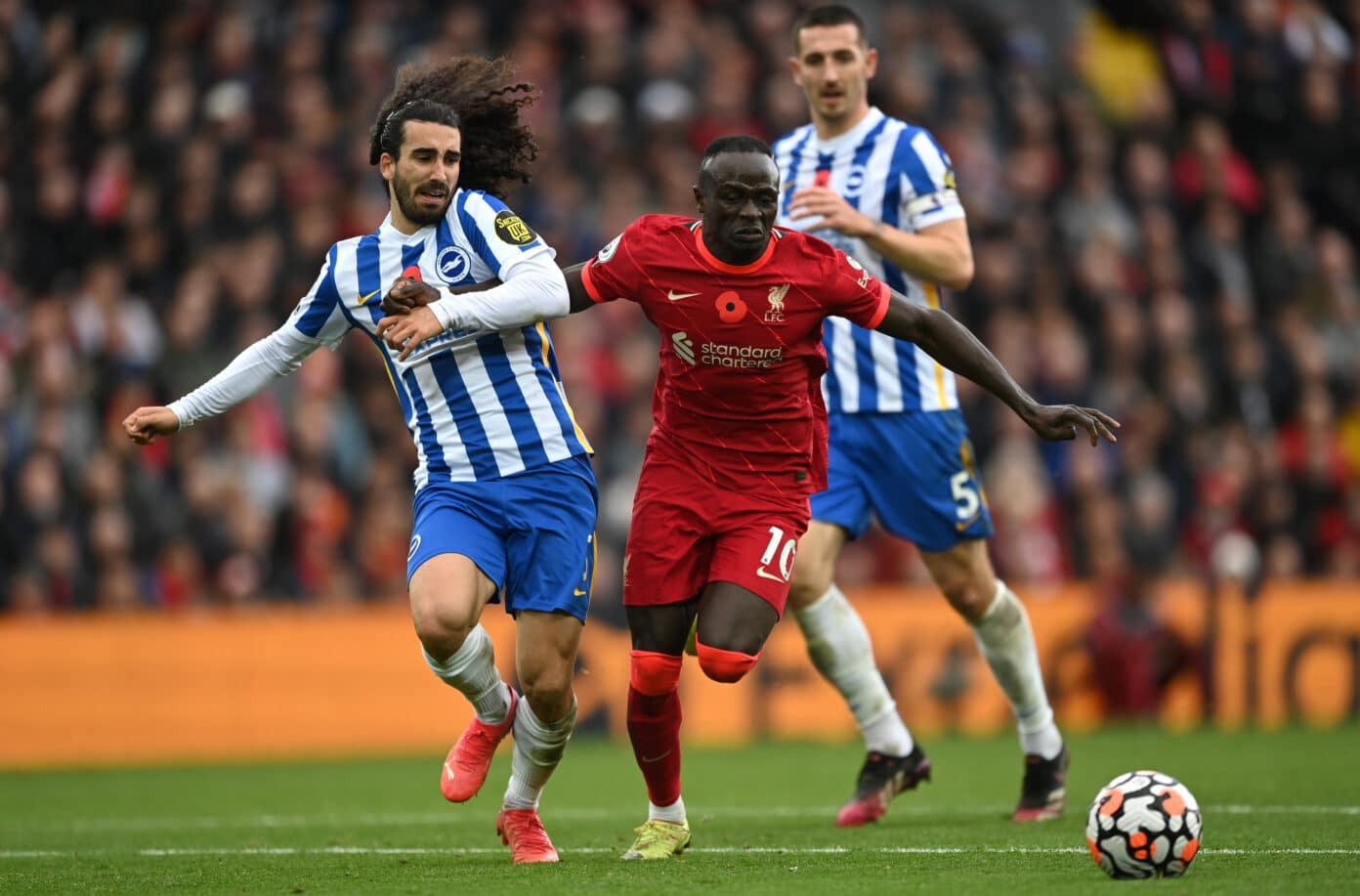 Liverpool vs Brighton highlights: Watch the goals and highlights as the Reds were held to a 2-2 draw by Brighton and Hove Albion in the Premier League.

Jurgen Klopp's side got off to the perfect start thanks to Jordan Henderson, who was found at the edge of the box after good work from Mohamed Salah, with the Reds skipper expertly side-footing the ball across the goalkeeper to make it 1-0.

Brighton had their fair share of opportunities but lacked the final finish as they looked for an equaliser, with the Reds then pegged back by an injury to Naby Keita, who was withdrawn for Alex Oxlade-Chamberlain just before the 20-minute mark.

Oxlade-Chamberlain made an immediate impact as his lofted cross from deep evaded the Brighton defence and found Sadio Mane, who confidently headed the ball past goalkeeper Robert Sanchez to make it 2-0 to Liverpool.

The Reds thought they had three when Mane blocked Sanchez's clearance and diverted the ball into the back of the net, but the goal was ruled out by VAR for handball, with replays showing the ball ricocheting off Mane's foot and onto his arm.

The visitors pulled one back before half-time through a fine finish from Enock Mwepu, who surprised Alisson with a sweeping first-time strike from the edge of the box to make it 2-1.

Salah had a goal ruled out for offside after getting on the end of Mane's pass in the opening five minutes of the second half, but Graham Potter's side continued to look dangerous with chances for former Reds midfielder Adam Lallana and Leandro Trossard.

Trossard eventually found Brighton's equaliser with 25 minutes left on the clock as Lallana slipped the Belgian through on goal before he cut inside and slotted the ball into the back of the net to make it 2-2.

The Reds couldn't fashion a significant opening in the remaining minutes as Brighton kept them at bay to ensure it was a frustrating afternoon of football at Anfield.