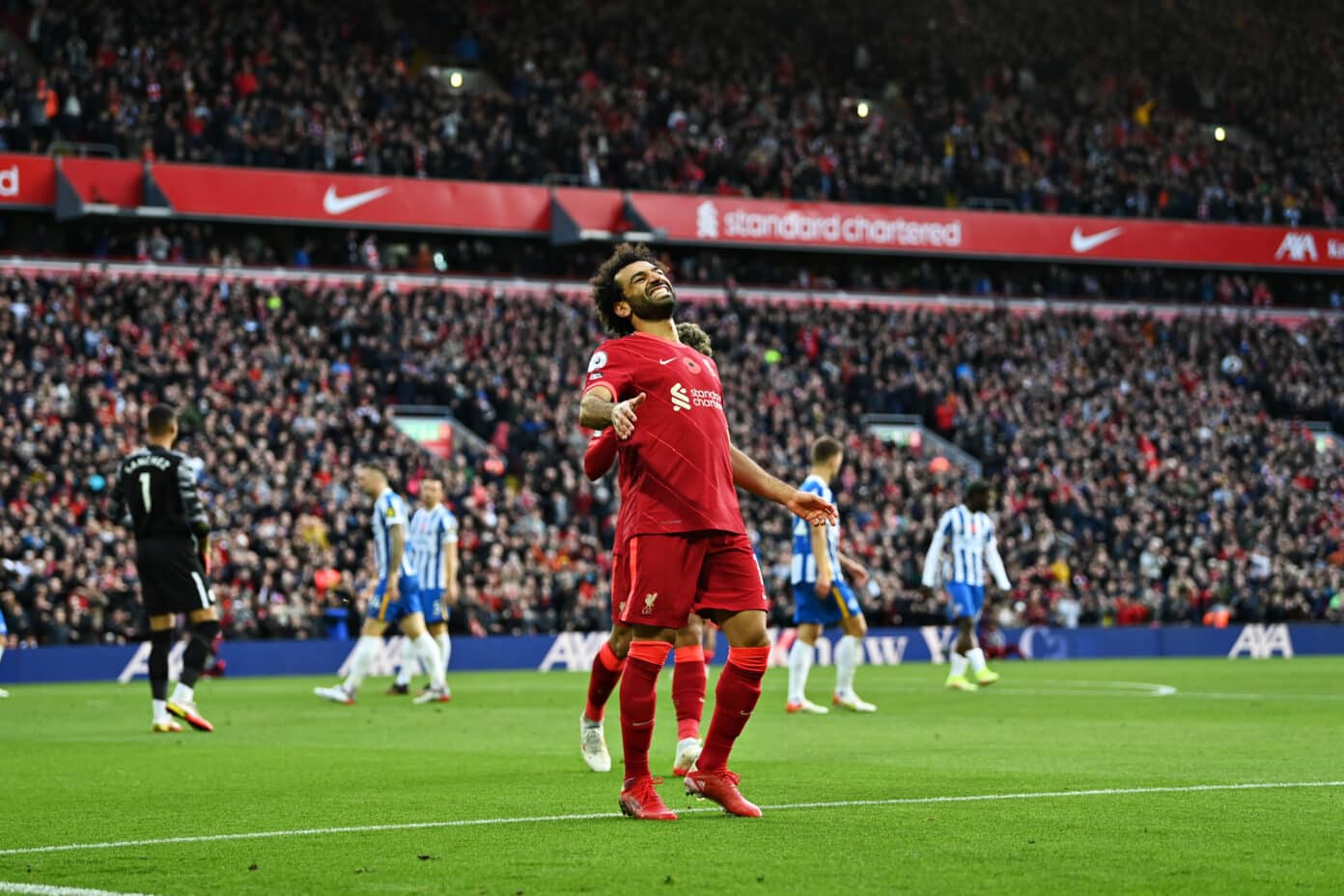 Liverpool lost a two-goal advantage to drop two points at home as they played out a fatigued 2-2 draw against Brighton and Hove Albion on Saturday.

Liverpool got off to the ideal start as goals from Jordan Henderson and Sadio Mane put the Reds two goals ahead, before Enock Mwepu struck in the latter stages of the first half to make it 2-1 at the break.

Mohamed Salah had a goal ruled out for offside at the start of the second half before Leandro Trossard equalised for the hosts, who controlled large parts of the half and kept the Reds at bay.

It ultimately finished 2-2 with the Reds unable to gain any momentum, with the result leaving the Reds in second place, three points adrift of Chelsea, with ten games played. 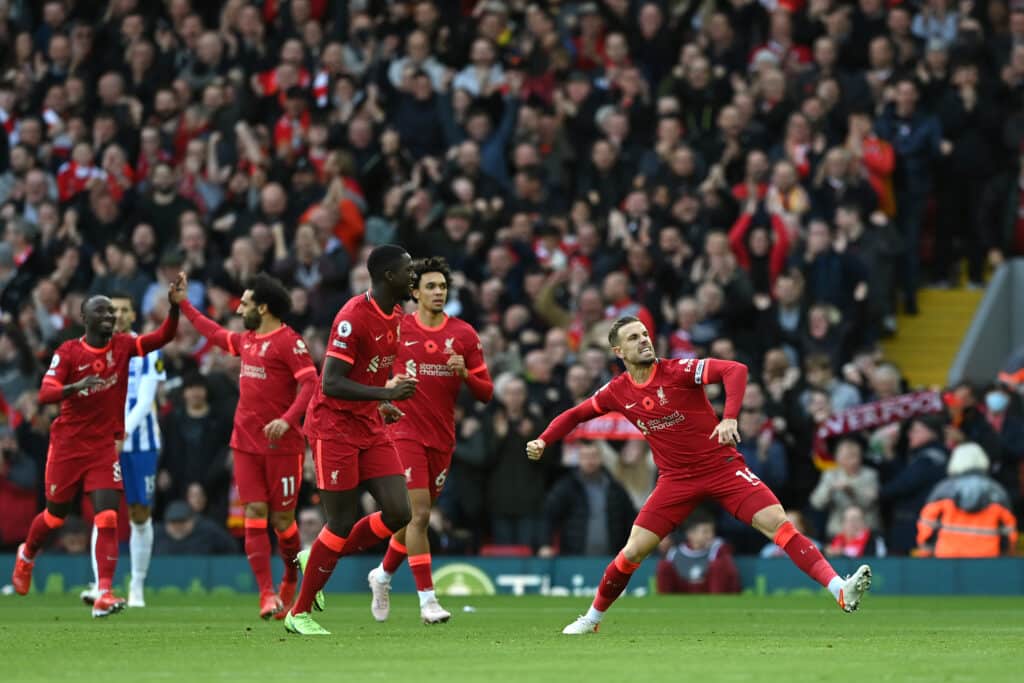 Jurgen Klopp made two changes from the Reds' last Premier League outing as Curtis Jones and Sadio Mane returned to the starting eleven in place of the injured James Milner and Diogo Jota.

Liverpool were nearly caught out in the opening stages as they were forced to rely upon a world-class save by Alisson, who denied a powerful strike from inside the box by Solly March.

But the Reds responded in brilliant fashion as a sweeping ball by Virgil van Dijk found Mohamed Salah on the right before the Egyptian turned the ball into Jordan Henderson, who finished expertly to make it 1-0 inside the opening five minutes.

But Brighton continued to have promising moments as they went in search of an equaliser, with Yves Bissouma winning the ball in midfield and striking from distance, with Alisson again forced into a superb low save to tip the ball onto the woodwork and behind.

The Reds should have doubled their lead when Roberto Firmino was played through on goal by Salah, but the Brazilian's execution of a dinked finish was all wrong as he put the ball well over the crossbar. 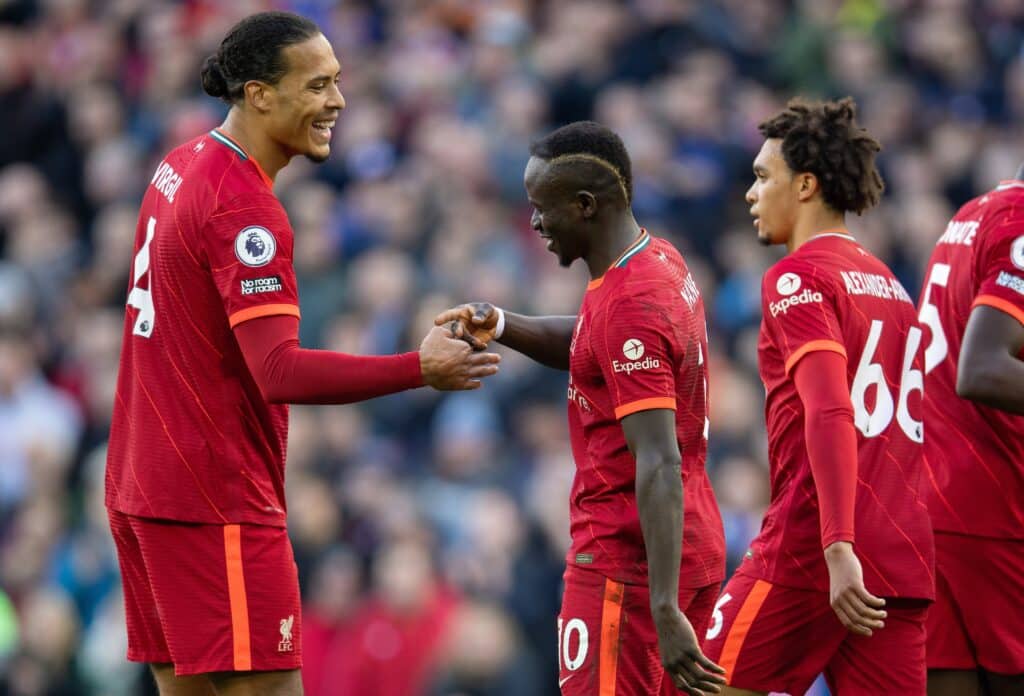 With less than 20 minutes on the clock, Naby Keita - who only returned to training on Thursday after sustaining a knock last weekend - was forced off the pitch with a muscle injury, with Alex Oxlade-Chamberlain coming on to replace the Guinean.

Oxlade-Chamberlain made an instant impact off the bench as he swung an enticing ball into the box towards Sadio Mane, who crept in behind the defence and made no mistake with his header to make it 2-0.

A howler from Robert Sanchez saw Mane close the Brighton goalkeeper down and block his clearance into the back of the net, but the goal was chalked off by VAR as the ball had ricocheted off Mane's foot and onto his arm.

But Brighton found their way back into the game through Enock Mwepu, whose first-time finish from outside the box looped over the head of Alisson in the sunshine to make it 2-1 just before the break.

Liverpool thought they'd made it three within the opening three minutes of the restart as Salah tucked the ball into the back of the net after being found by Salah, but the linesman correctly flagged for offside. 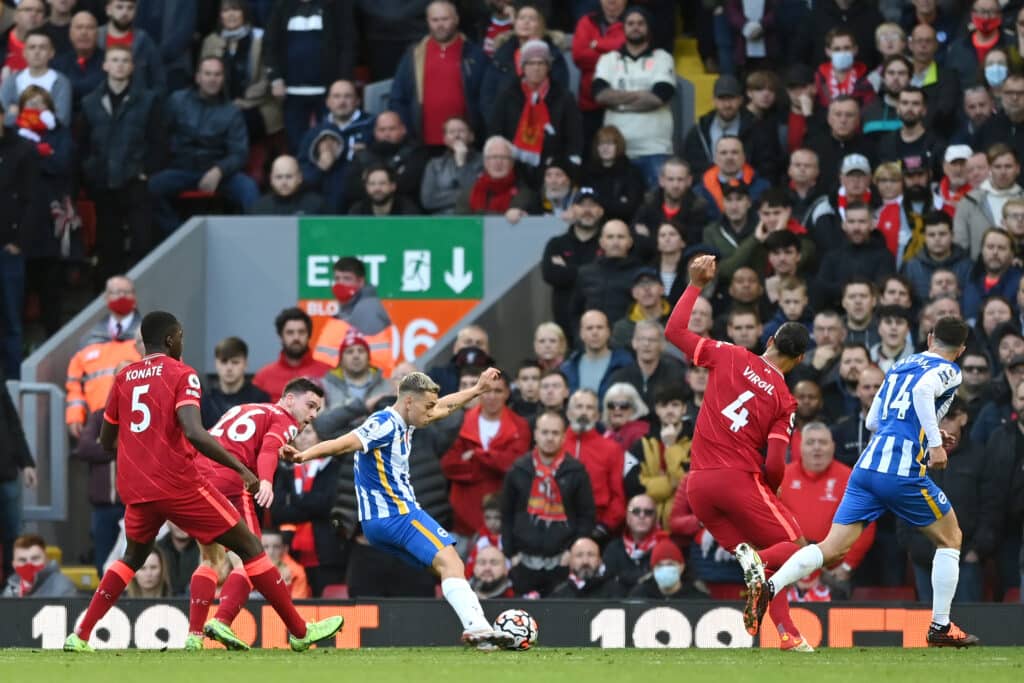 Brighton could have levelled the score just seconds after the decision as former Reds midfielder Adam Lallana got in behind the Liverpool defence and struck goalwards, but Alisson got down well to collect the ball.

The Reds struggled to conjure up any attacking rhythm as the half wore on, with Brighton looking more likely of the two sides to put together a real goalscoring opportunity.

The Seagulls made good of their increasing dominance as Lallana slipped the ball through to Trossard, who cut inside past the covering Andy Robertson before drilling the ball into the back of the net from close range.

Trossard then thought he'd put his side ahead and grabbed his second of the game when he got behind the Reds defence and slotted the ball home, but the linesman correctly flagged for offside.

With a little under thirteen minutes left on the clock and the Reds in dire need of a catalyst, Diogo Jota came on to replace Firmino and join Salah and Mane in the front three.

However, the change had little effect as Liverpool failed to get going and dropped two points at home, which leaves them three points behind league-leaders Chelsea after ten games played.