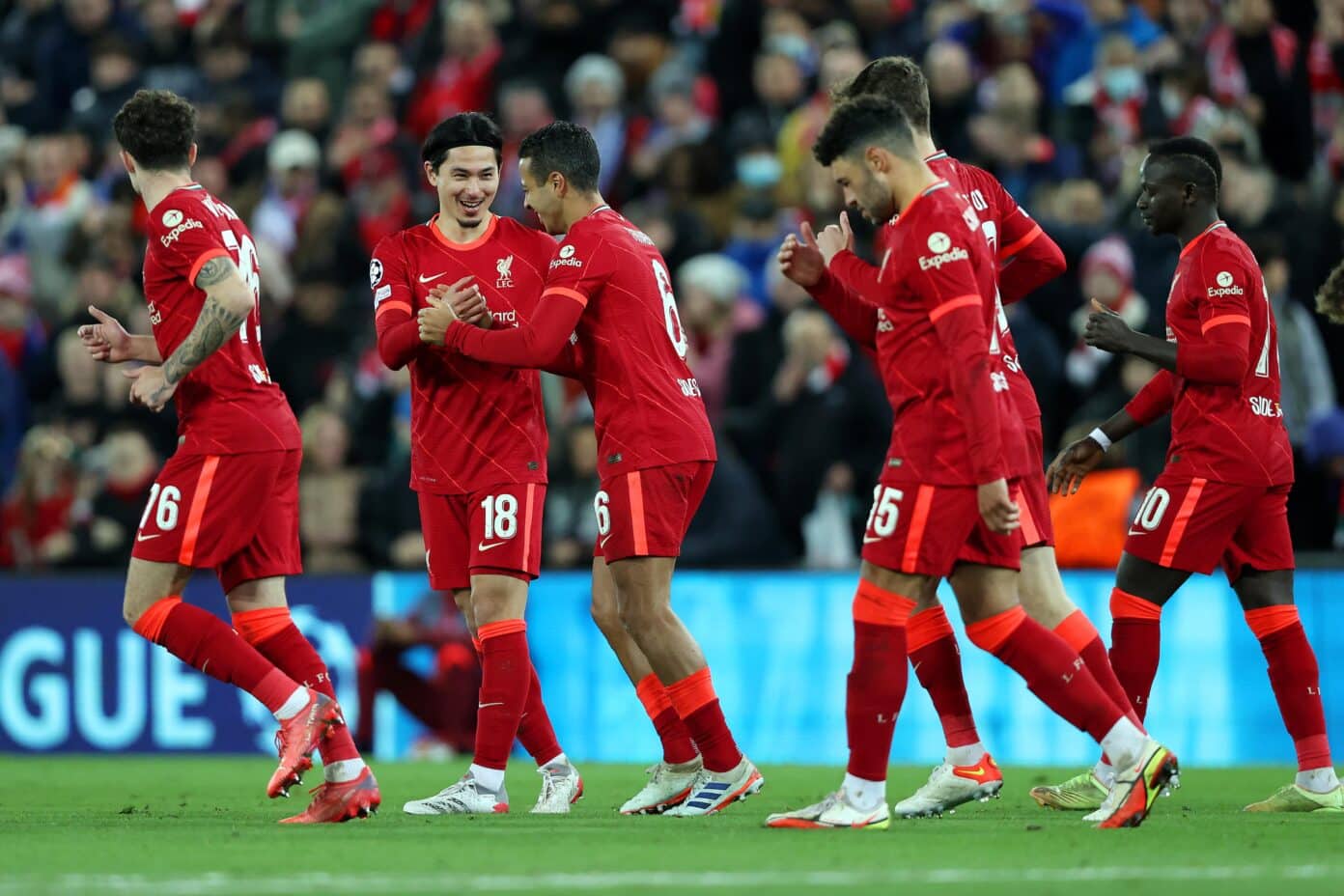 Liverpool cruised to a 2-0 win over Porto in their penultimate Champions League Group B fixture, with goals from Thiago and Mohamed Salah ensuring the Reds' 100% record in Europe this season remains intact.

Sadio Mane had a goal disallowed for offside in a first-half that was otherwise peppered with opportunities for Sergio Conceicao's side, who looked more assured of the two sides in the first 45 minutes.

But Liverpool's quality shone in the second half, with an excellent long-range strike by Thiago followed up by a Mohamed Salah effort giving the Reds a comfortable 2-0 victory to make it five wins out of five in Group B.

The Reds' focus will now turn to the Premier League as they take on Southampton at Anfield this weekend, before a short trip to Goodison Park for the Merseyside Derby next midweek. 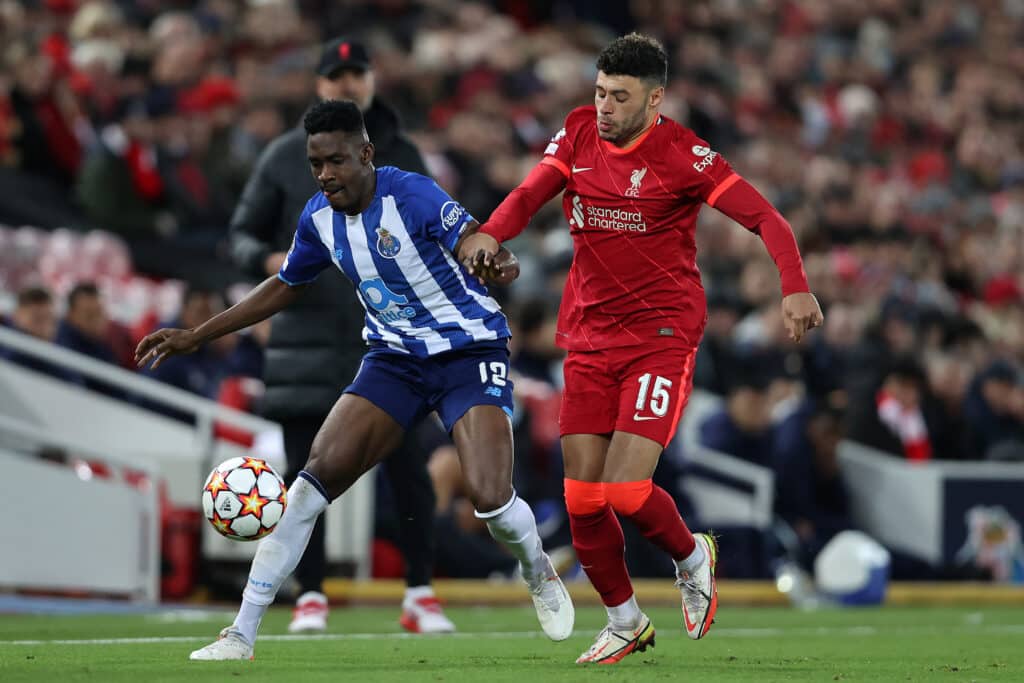 Academy graduate Tyler Morton made his Champions League debut as the youngster came into the side alongside Neco Williams, Ibrahima Konate and Takumi Minamino. Mohamed Salah and Sadio Mane featured from the off, with the likes of Fabinho, Virgil van Dijk and Trent Alexander-Arnold on the bench.

Porto made an assertive start as they pressed up high and looked to take the game to Liverpool, with Joel Matip having an uncomfortable moment inside the opening ten minutes as he nearly turned the ball into the back of his own net following Mehdi Taremi's header.

A misplaced pass by Konate allowed Luis Diaz the opportunity to make a clear burst into the box before the Porto forward rolled the ball across to Otavia for what looked like a tap-in, but the winger failed to direct his shot on target, much to the relief of Konate and co.

There was little to report on any action in the Porto half, with the Reds unable to keep hold of possession or build any momentum towards the visitors' goal. A mistake by goalkeeper Diogo Costa nearly allowed Salah the chance to finish from the edge of the box, but the Egyptian was unable to get enough on his strike.

The visitors looked particularly threatening down Liverpool's right, with Williams having to deal with the persistent threat of Diaz, who looked to get behind the Reds right-back and link up with Taremi, whose presence was also a continuous nuisance for Liverpool's defence. 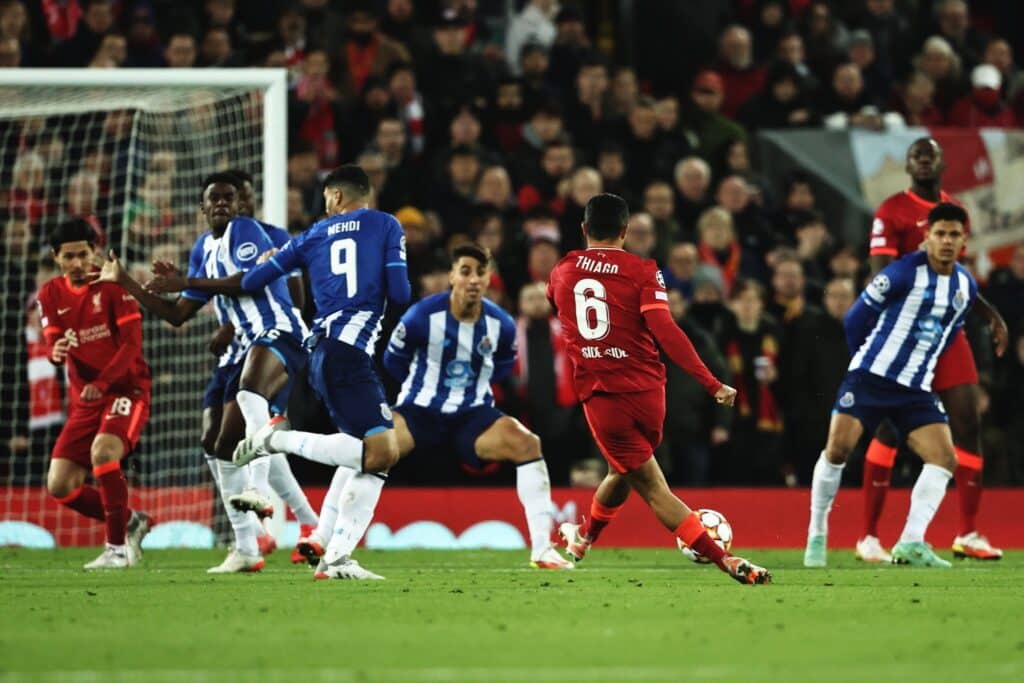 But Liverpool began to get on the ball as the half wore on and Mane thought he had put the Reds ahead as he latched on to Thiago's pass and calmly rolled the ball inside the far post, but the goal was duly ruled out by VAR for offside against the Senegal international.

Porto nearly responded just before the break as Taremi looked favourite to finish from Otavio's incisive pass, but the No.9 opted to square the ball instead of executing a seemingly straightforward finish as Morton cleared the wayward ball to safety.

The Portuguese side nearly made a strong start to the second half as Mateus Uribe's pivot and shot from the edge of the box went inches wide of the post following a threatening set-piece that required Alisson's intervention.

But Liverpool took the lead in spectacular fashion just minutes later as Thiago ran onto the ball and finished with a world-class strike from 25 yards out with an effort that was always swinging away from Costa in goal to make it 1-0 to the Reds.

The Reds managed Porto's threat far better as the second half wore on and they had the ball in the back of the net again through Minamino, but the Reds forward was rightly flagged for offside as Liverpool had another goal ruled out. 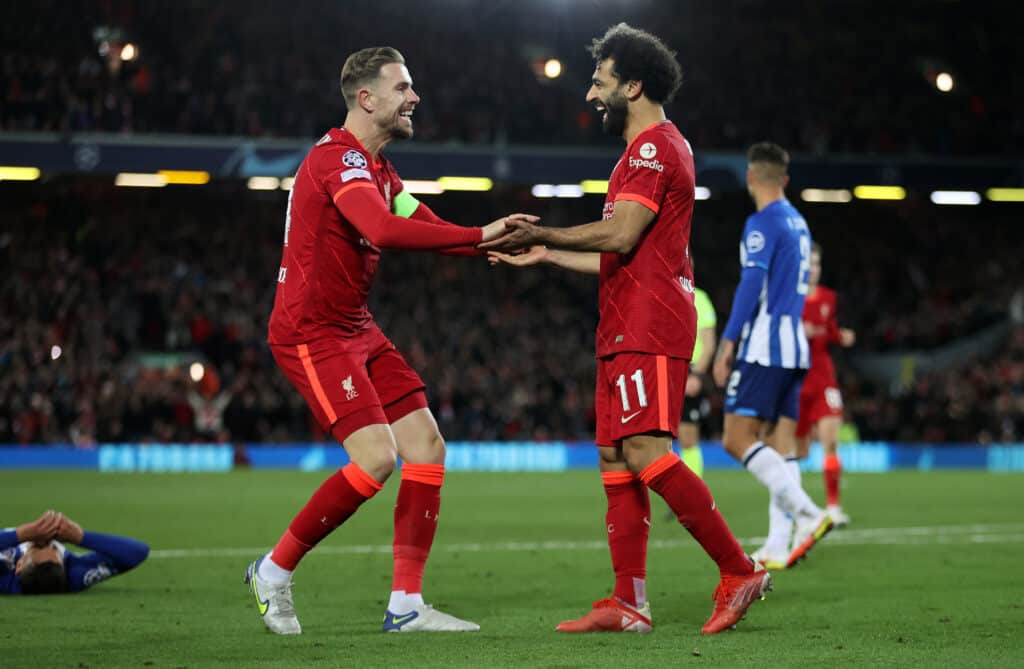 Tsimikas and Thiago then made way for Andy Robertson and Jordan Henderson, and the latter was involved soon after as he linked up with Salah down the right after a raking pass by Morton had initially found the Reds' No.11 in space.

The Egyptian shimmied his way into the box after exchanging passes with the skipper and he finished with a sharp strike inside the near post to double Liverpool's advantage and net his 17th goal in as many games this season.

Fabinho, Divock Origi and James Milner all came on in the latter stages as the Reds remained in second gear and secured all three points to continue their winning run in the Champions League this season.