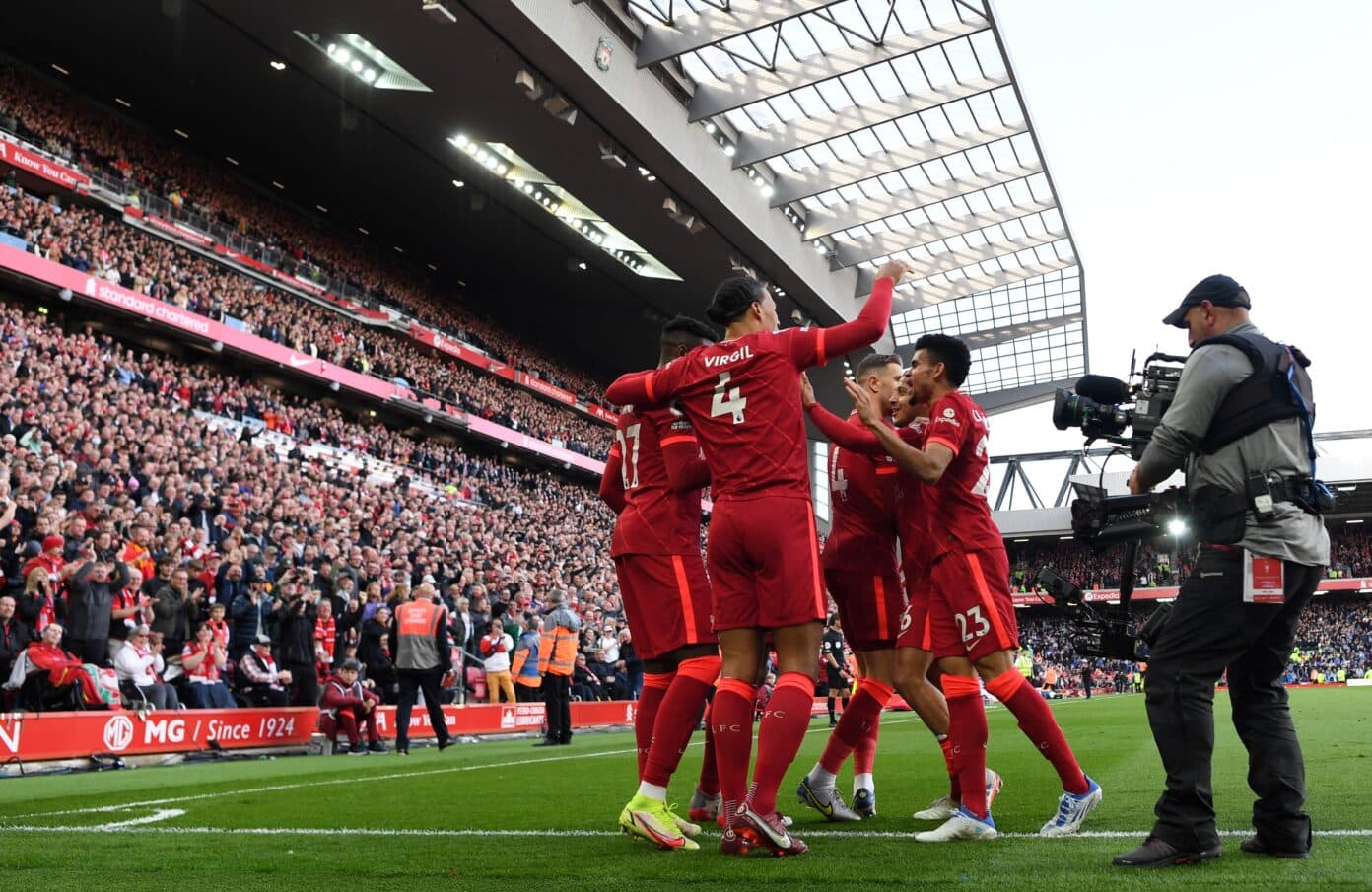 Liverpool maintained their title push as they earned a 2-0 win against local rivals Everton thanks to second-half goals from Andy Robertson and Divock Origi.

Neither side registered a shot on target in the first half, despite the Reds having the lion's share of possession, with Frank Lampard's side sitting deep and looking to turn the game into something of a scrap.

However, a double substitution by Jurgen Klopp changed the game at the hour mark, with Robertson netting his first goal in front of the Kop, before substitute Divock Origi sealed all three points in the closing stages.

The result sees Liverpool remain on the coat-tails of league leaders Manchester City at the top of the Premier League table, with all attention now turning to midweek's Champions League semi-final first-leg clash against Villarreal at Anfield. 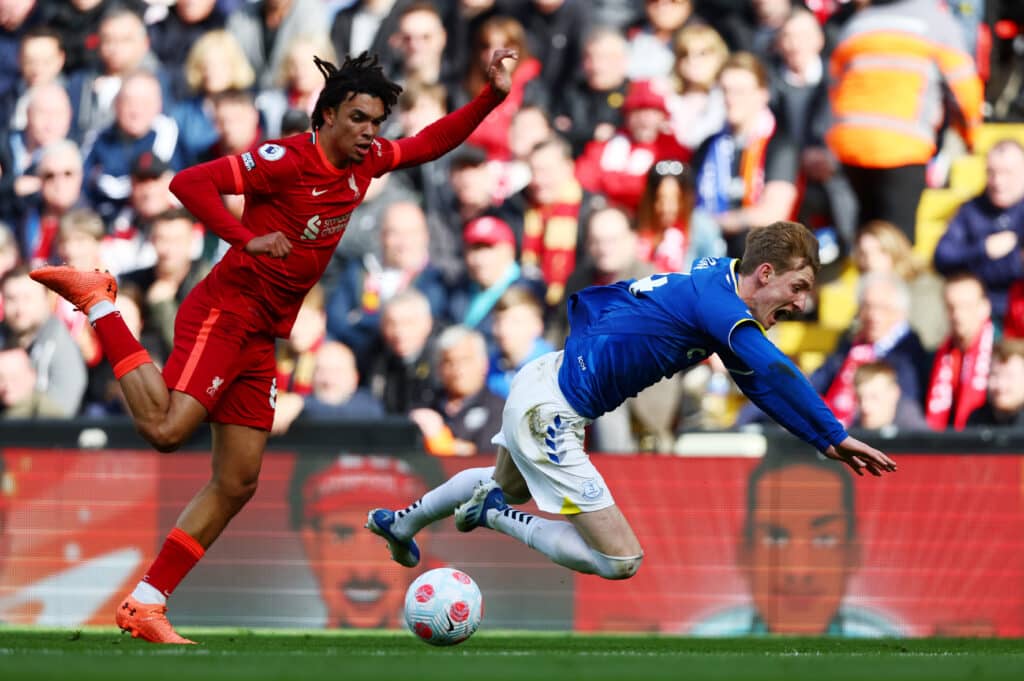 Klopp made two changes from the side that beat Manchester United in midweek as Jordan Henderson and Luis Diaz made way for Naby Keita and Diogo Jota in the starting eleven.

There was little to report before the midway point of the first half, with Liverpool dominating possession but finding it difficult to build any momentum against a dogged Everton side.

The Reds came closest through Sadio Mane, who received Keita's pass and spun around Allan before curling a strike towards the far corner, but there was too much power on the effort as the ball went above the crossbar.

Anthony Gordon looked to win a soft penalty for the visitors after going down under the challenge of Keita inside the box, but the Everton midfielder was rightly booked for simulation by referee Stuart Attwell.

A low cross by Robertson was met by Jota before the Portuguese looked to side-foot an effort inside the near post, but the ball went just wide of the woodwork, with goalkeeper Jordan Pickford seemingly in control nevertheless. 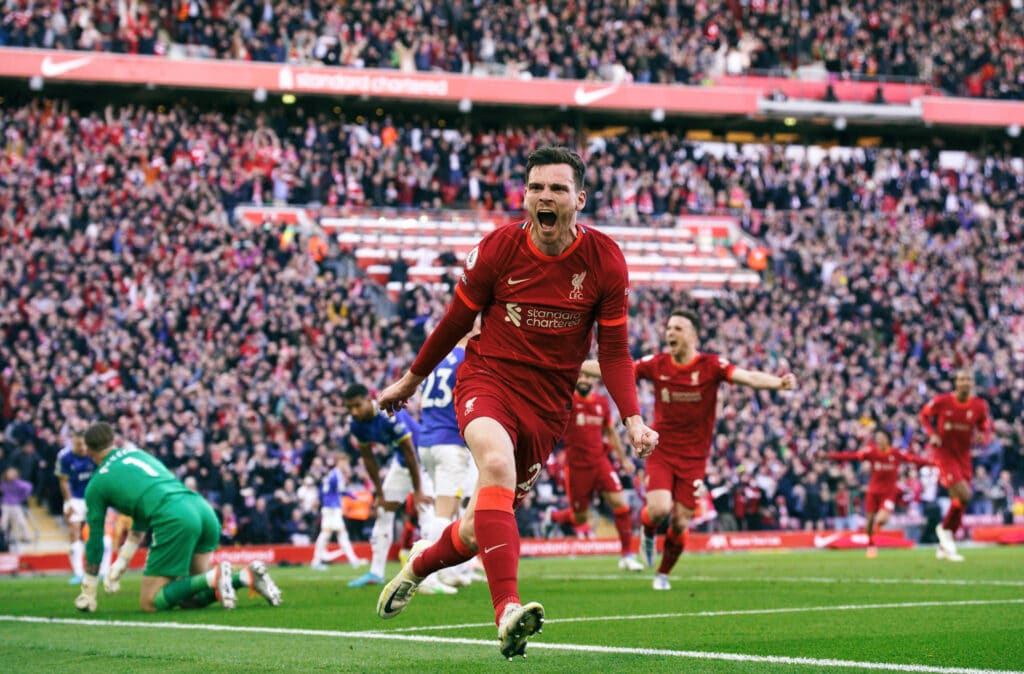 Everton's best opportunity of the half came through Abdoulaye Doucoure, who beat the offside trap and latched onto Richarlison's pass, but the midfielder dragged his shot across the goal without troubling Alisson.

The second half started much the same as the first, with Liverpool dominating the ball and the Blues waiting for their moment on the counter, primarily through Richarlison and Gordon, with the latter posing a threat behind Trent Alexander-Arnold.

Gordon had another shout for a penalty turned down by Attwell after going down under the challenge of Matip before he got in behind again following Alex Iwobi's pass, but his low strike rolled wide of the far post.

Klopp didn't wait long to make his changes, with Diaz and Origi coming on to replace Mane and Keita on the hour mark - a change which was succeeded by the Reds going ahead inside two minutes.

Mohamed Salah linked up with Origi inside the box before the former floated a cross towards the back post, with Robertson running onto the ball and nodding home past Pickford to make the crucial breakthrough. 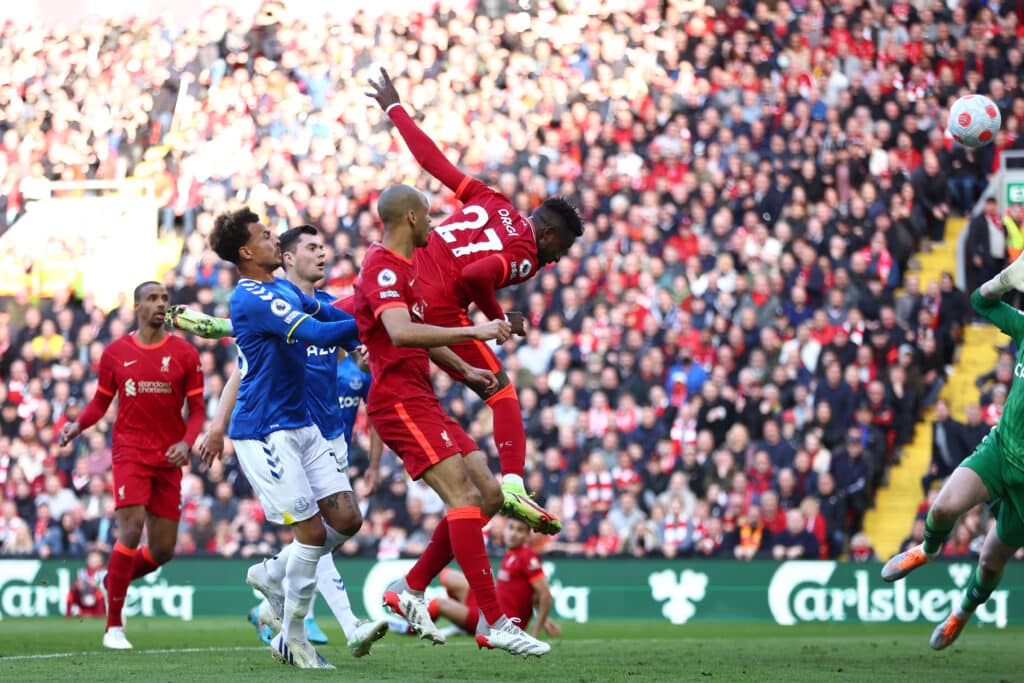 Everton looked for an immediate response as Demarai Gray struck a powerful shot from outside the box which went just wide, before Robertson made a crucial interception to deny Iwobi as the former Arsenal man tried to convert from a Dele Alli cross.

The Reds wrapped up the game in the closing stages to avoid a nervy finish as substitute Henderson's deep cross was acrobatically met and turned back across goal by Diaz before Origi nodded the ball into the back of the net to clinch all three points.

The result sees Liverpool go back to a point below Manchester City, who lead the way on 80 points ahead of the final five games of the Premier League season, with the Reds still having it all to play in the final weeks of the campaign.