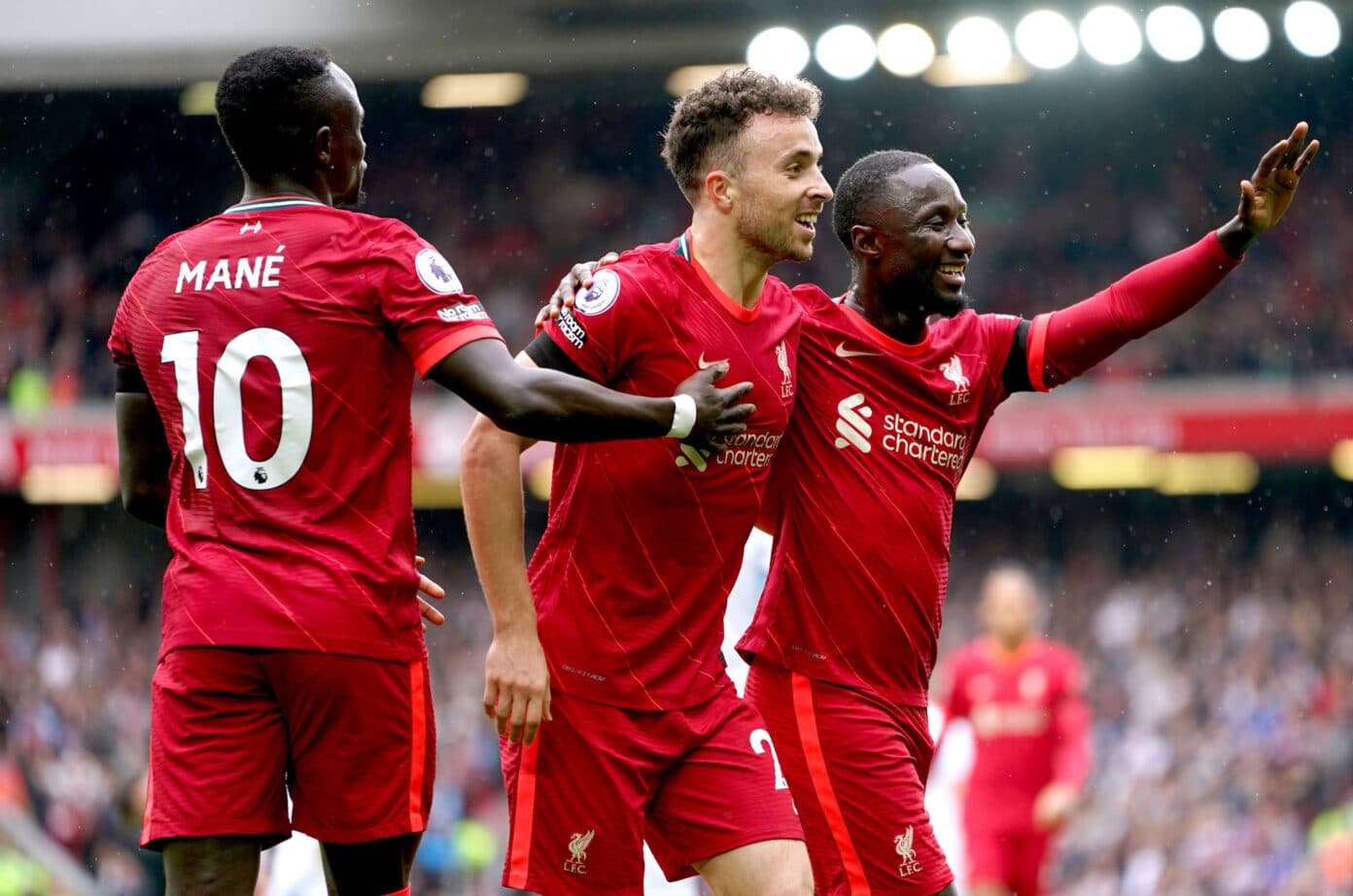 Liverpool vs Burnley highlights - Watch all the goals and highlights as the Reds beat Burnley 2-0 at a full-capacity Anfield thanks to goals from Diogo Jota and Sadio Mane.

Fabinho and Alex Oxlade-Chamberlain made way in the Liverpool starting eleven for captain Jordan Henderson and 18-year-old Harvey Elliott, with the latter making his first Premier League start for the Reds.

It was a sight to savour as the Reds walked out in front of a full capacity crowd at Anfield for the first time in 529 days, with the Reds hopeful of making a quick start and getting straight at the visitors.

Instead, it was Burnley that made a confident start as they kept the Reds' attackers at bay and created some dangerous openings going the other way. But a simple move soon saw Sean Dyche's defence unlocked as Liverpool went 1-0 up.

The ball made its way out to Kostas Tsimikas down the left as he looked up and spotted a Diogo Jota run to the near post, with the Greek international's delivery spot on for Jota to head the ball past Nick Pope in goal.

Liverpool continued to look for a second despite Burnley's eagerness going forward and they looked to have made it 2-0 through a Mohamed Salah strike, but VAR correctly ruled the goal out for offside.

Burnley saw a goal of their own ruled out for offside at the start of the second half but it was all Liverpool as the half wore on, with the likes of Sadio Mane, Virgil van Dijk and Salah all coming close on different occasions.

With a little over 20 minutes left, the Reds were finally rewarded for their attacking intent throughout the second half as they doubled their advantage through a brilliantly worked move.

Van Dijk's long ball was comfortably taken in by Elliott before the youngster found Trent Alexander-Arnold, who played an unmarked Mane through on goal to finish with a superb strike and make it 2-0 to the Reds.

The likes of Thiago, Roberto Firmino and Joe Gomez came on in the latter stages of the second half as Liverpool eventually ran out comfortable winners on the day after a strong second-half performance.