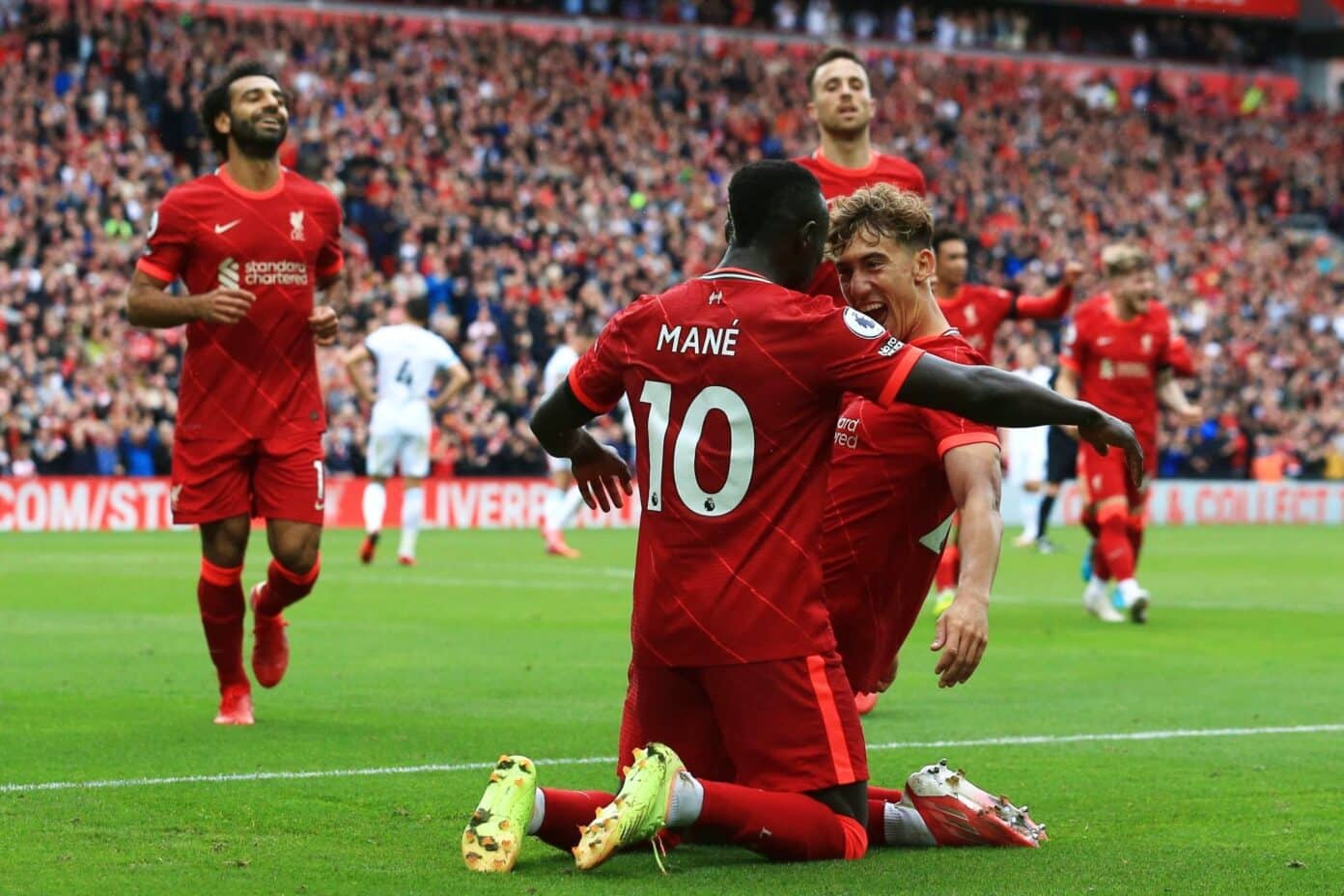 Liverpool beat Burnley 2-0 following goals from Diogo Jota and Sadio Mane as the Reds earned their first Anfield victory of the Premier League season on Saturday.

Diogo Jota nodded the ball home from a pin-point Kostas Tsimikas cross to give Liverpool a half-time lead, but it wasn't all rosy as Burnley made it tricky and posed more than a few questions of the Reds' defence.

Liverpool controlled the game in the second half and continued to mount the pressure as the half wore on, with Sadio Mane netting his first of the season from a well-worked move to seal all three points for the Reds.

All focus now turns to next Saturday's clash as Liverpool welcome Thomas Tuchel's Chelsea to Anfield, with the hope the Reds can build on their momentum and string together a run of consecutive victories. 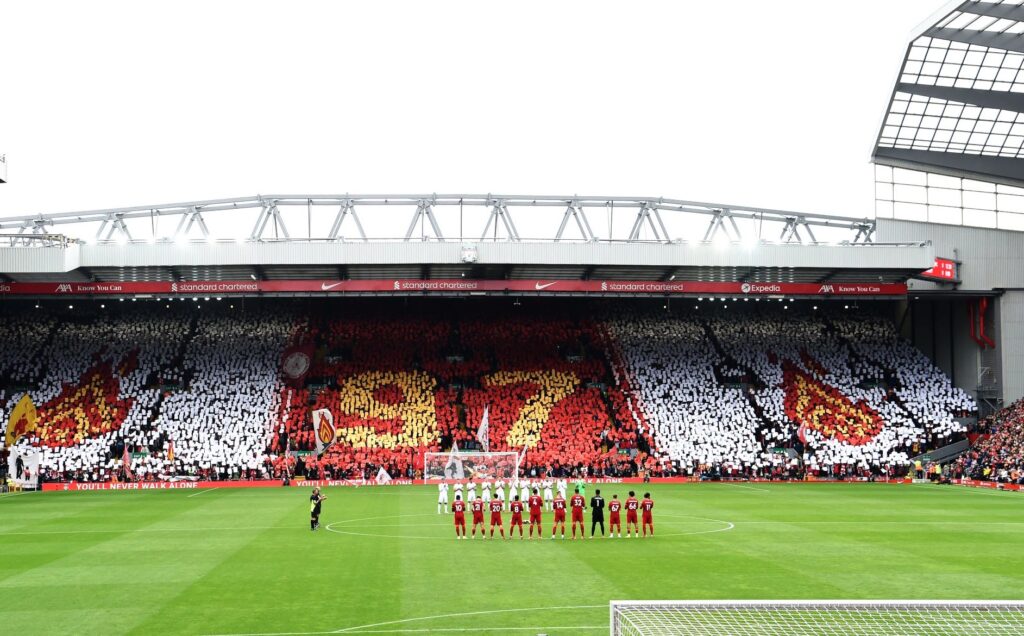 Jurgen Klopp made two changes to his starting eleven as skipper Jordan Henderson replaced Fabinho and Harvey Elliott made his full Premier League debut in place of Alex Oxlade-Chamberlain.

It was a raucous atmosphere at Anfield with all four corners of the stadium filled to the rafters for the first time in 17 months, with the Kop's full repertoire of songs and flags on display.

The Reds had hoped to impose their game on Burnley early on but the visitors made an assured start themselves and forced Trent Alexander-Arnold into an early clearance off the line, although the linesman eventually raised the flag for offside to render the play meaningless.

Burnley continued to look dangerous, especially down their left through the ever-present Dwight McNeil, but the Reds managed to keep them at bay and find the opener through Diogo Jota.

A fantastic ball into the box from Kostas Tsimikas saw Jota get in front of his man at the near post and powerfully head the ball past Nick Pope to make it 1-0 to the Reds with a little under 20 minutes played. 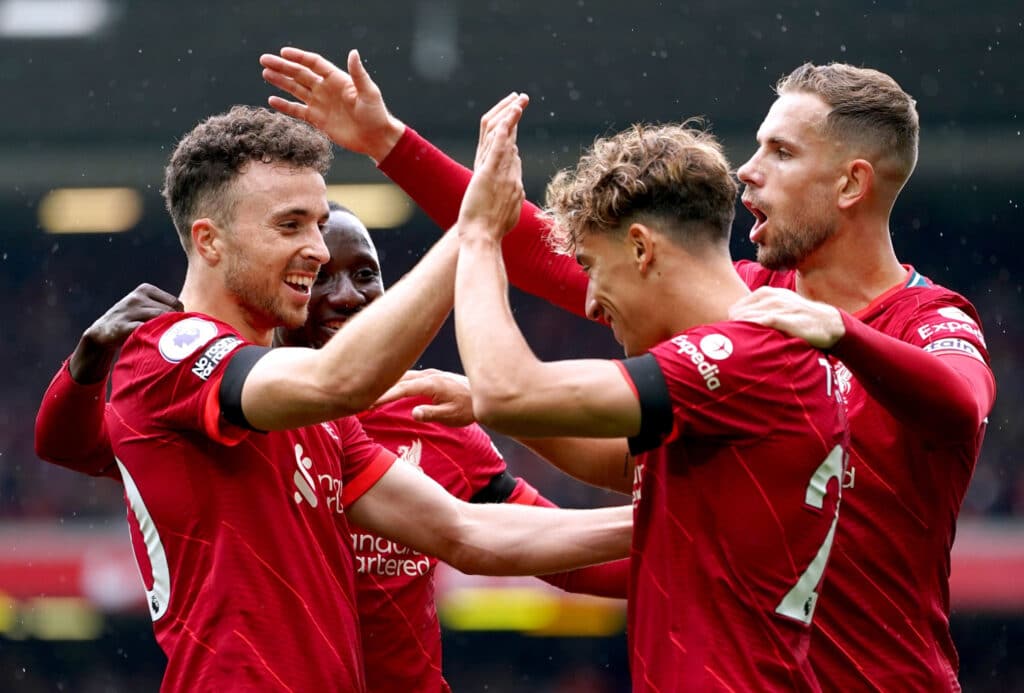 Liverpool thought they had doubled their advantage when Mohamed Salah expertly converted from a superb Elliott pass, but VAR ruled the goal out for offside, with the Egyptian a matter of just a few centimetres ahead of the Burnley back-line.

The Reds were forced to consistently deal with Burnley's attacking threat but they were clearly in search of a second goal themselves as they looked to up the ante. A fantastic ball by Alexander-Arnold was nearly smashed home from close-range by Sadio Mane, only for the Senegalese to fire the ball over the crossbar and into the Kop.

Sean Dyche's side continued to make Liverpool work for their lead, with the Reds forced to concede more possession than they would have liked in what was a tight finish to the opening 45 minutes.

Burnley had the ball in the back of the net within the first minute of the restart but hopes of an equaliser were dashed as Ashley Barnes' close-range finish was ruled out by the linesman for offside. 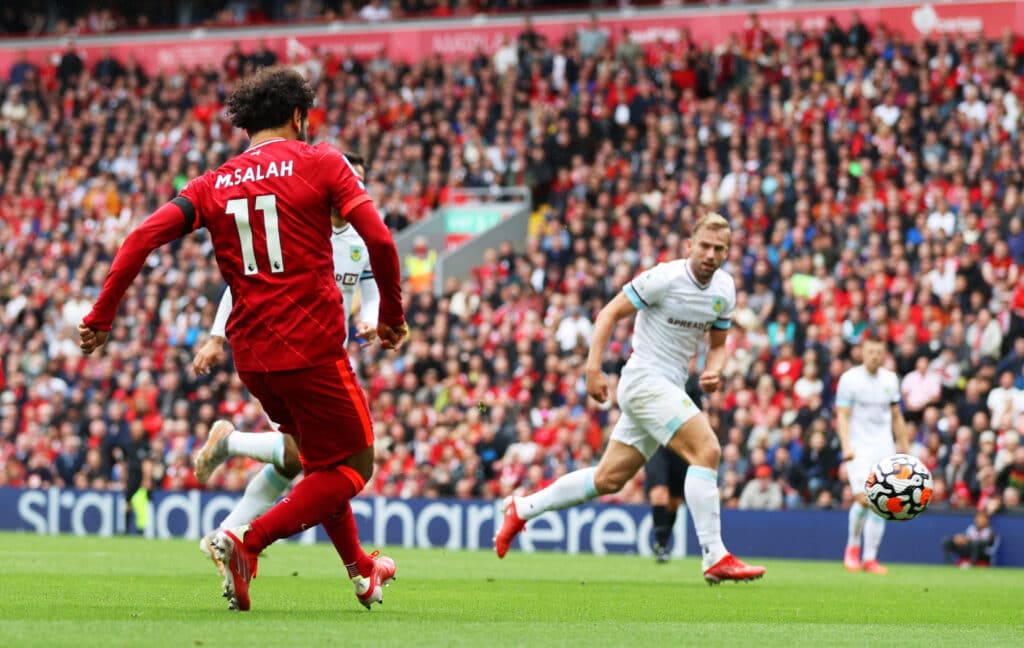 Liverpool looked to up the ante as the half wore on as Mane and Virgil van Dijk both went close before Salah saw his effort from inside the box blocked on the line by McNeil to keep the visitors in the game.

A well-worked move saw Mane pivot and shoot from the edge of the box as Pope struggled to get himself behind the ball but the Burnley goalkeeper was fortunate as the ball ricocheted off him and went behind.

Moments later, Mane had another attempt after connecting with Alexander-Arnold's pin-point ball into the box from the right, but the Reds' No. 10 was unable to generate the power required from his header as Pope comfortably collected.

But it was third time lucky for Mane has he bagged his first goal of the season by rounding off a superb Reds move. Van Dijk's long ball saw Elliott link up with Alexander-Arnold, whose deft ball played Mane through on goal to smash the ball home with a half-volley and make it 2-0.

Liverpool nearly had a third after Elliott was brought down at the edge of the box, with Joel Matip seeing his header from the ensuing set-piece cleared on the line by Barnes.

Naby Keita and Jota made way for the final ten minutes as the boss looked to give Thiago his first minutes of the season, with Roberto Firmino also coming on to slot alongside Salah and Mane in attack. 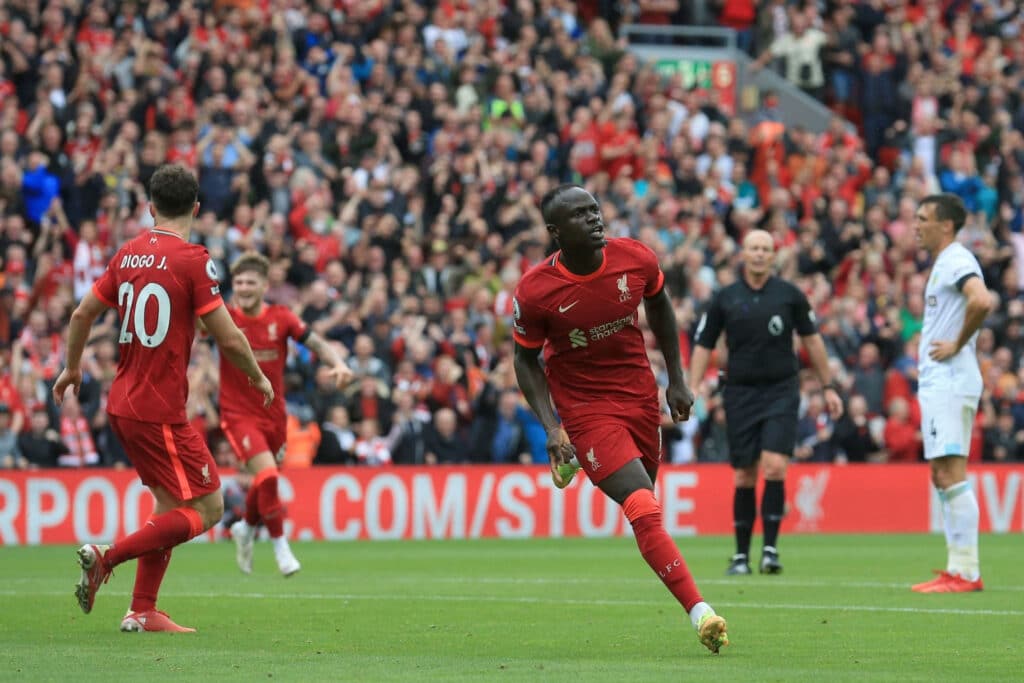 Salah and Mane both had efforts that went close as they went in search of a third goal but it wasn't to be for the duo. Meanwhile, Burnley had a couple of efforts themselves only to be denied by Alisson and the offside flag.

Tsimikas, who felt a knock to his shoulder, was withdrawn in the final stages as Joe Gomez returned from injury to make his first appearance of the season as the Reds eventually cruised to a 2-0 victory to open their Anfield account.