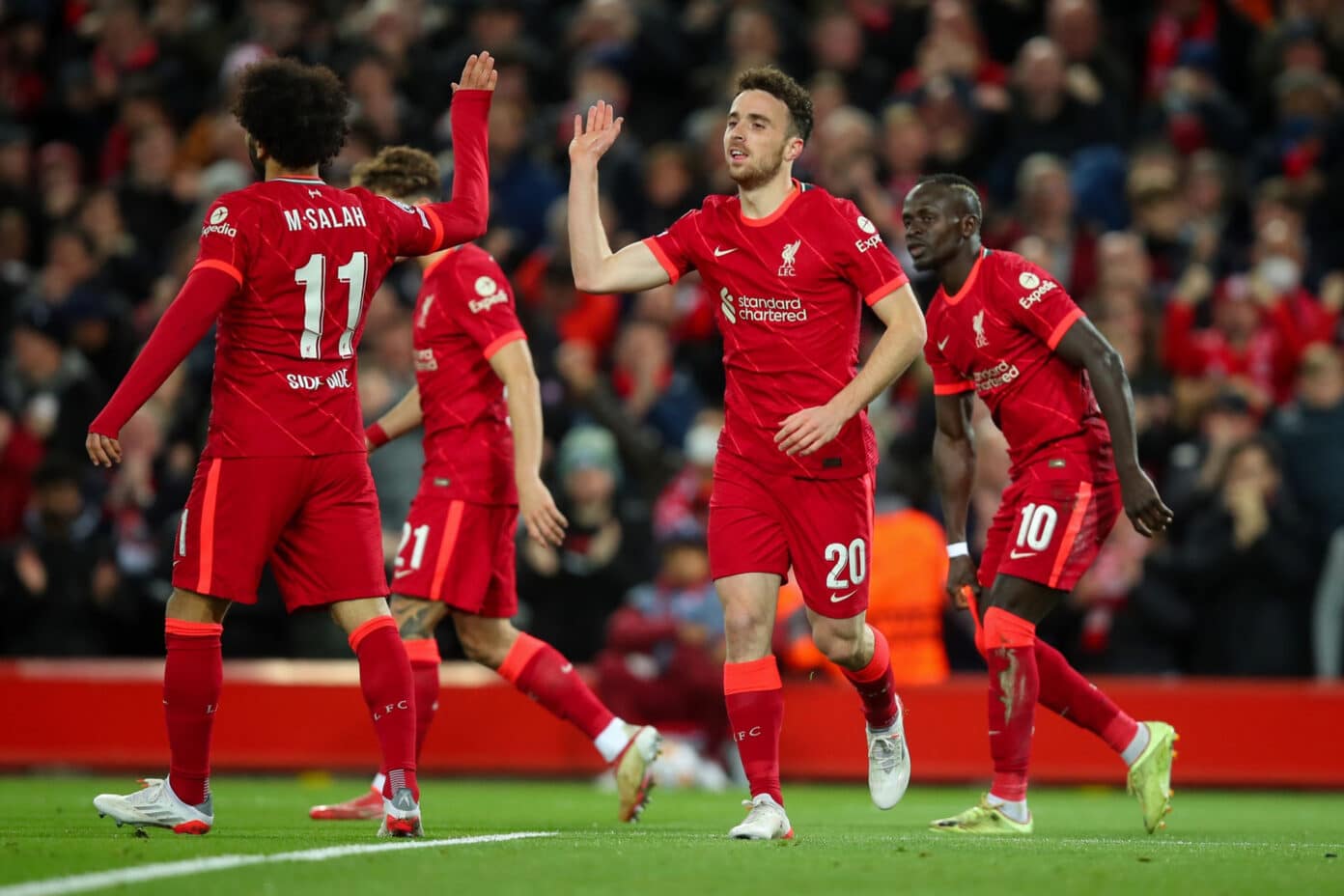 Liverpool progressed into the last 16 of the Champions League as group winners as they beat Atletico Madrid 2-0 at Anfield on Wednesday night.

The Reds made the ideal start to the game as they went 2-0 up inside the opening 25 minutes through goals from Diogo Jota and Sadio Mane before the visitors were reduced to ten men as Felipe was sent off for a tackle on Mane and dissent towards the referee.

Jota saw a goal disallowed for offside at the start of the second half before the same fate fell on former Liverpool striker Luis Suarez. The visitors did well to maintain the scoreline as the half wore on as the game ultimately finished 2-0 to the Reds.

The result sees Liverpool top Group B with an unsurmountable 12 points to book their place in the knockout stages of the competition with two games to spare, with Jurgen Klopp now having the chance to rest players against Porto and Milan in the Reds' remaining group fixtures. 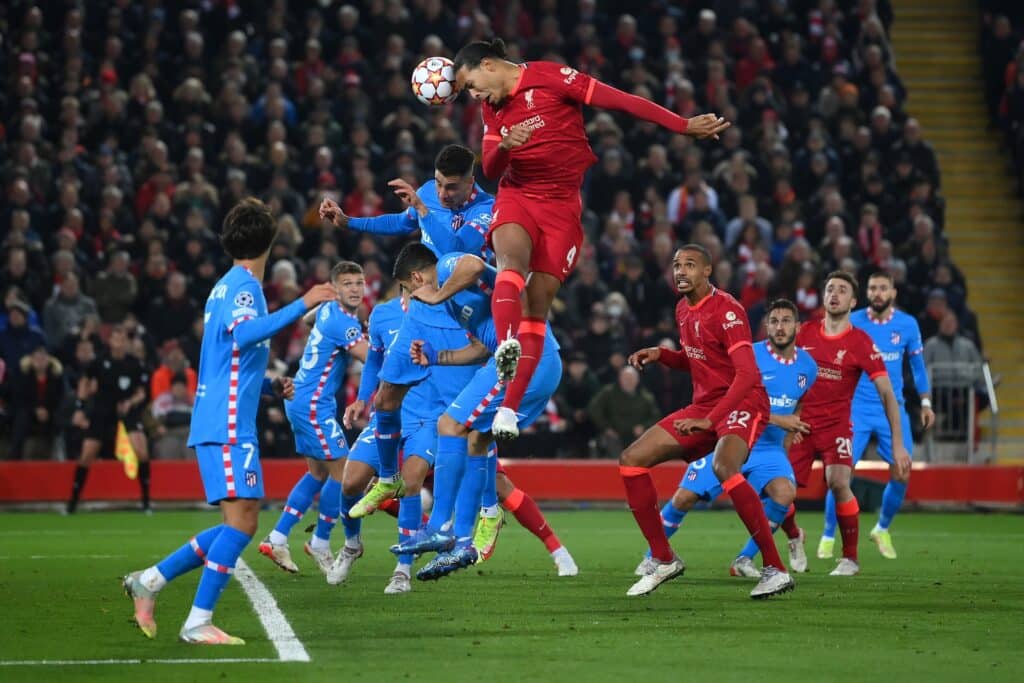 The Reds boss made five changes to his starting eleven as Joel Matip, Kostas Tsimikas, Fabinho, Alex Oxlade-Chamberlain and Diogo Jota came into the side from the weekend.

It was a lively start to the game with both sides looking for an early advantage, which ultimately fell the way of the Reds, who took the lead inside the opening 15 minutes.

After good build-up play down the right, Trent Alexander-Arnold's pinpoint cross was met by Jota, who made an incisive run between the centre-backs and headed the ball past Jan Oblak to make it 1-0 to Liverpool.

The Reds soon doubled their advantage as Sadio Mane picked up the ball in midfield before feeding Jordan Henderson, who moved the ball towards Alexander-Arnold before the right-back's cross into the box was met first time by Mane, who had continued his run into the box and finished superbly to make it 2-0.

The visitors appeared to be in disarray as the Reds went in for the kill, with another good move seeing an opportunity for Alex Oxlade-Chamberlain, whose effort went wide of the far post. 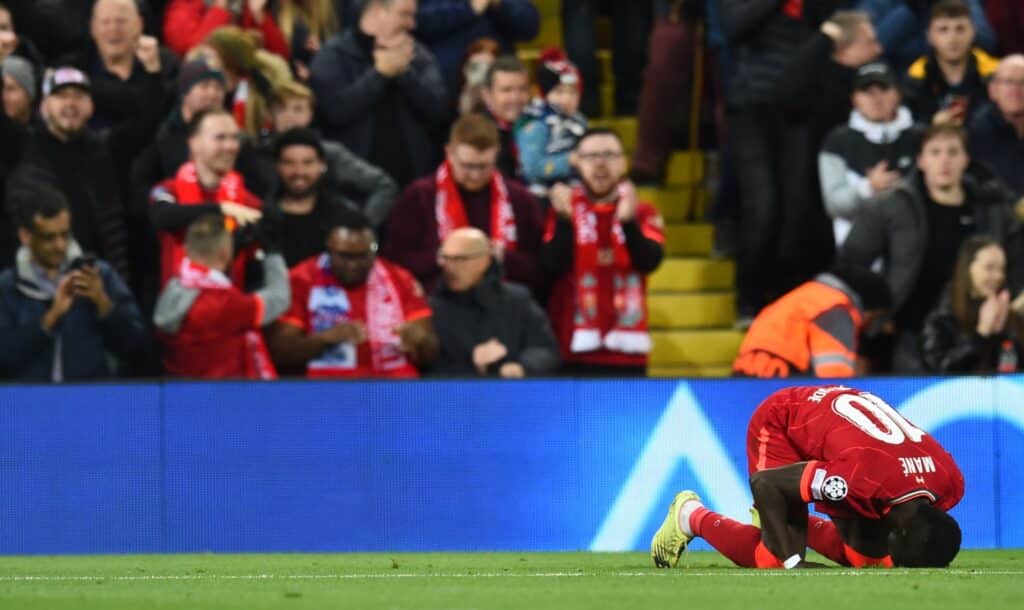 Jurgen Klopp's side looked to take full advantage of Mario Hermoso's early yellow card, with the Reds looking to isolate the Atletico left-back up against Mohamed Salah, who continued to cause problems for the Spaniard down that side.

Salah, however, made the wrong decision during one counter-attack that saw the visitors particularly vulnerable at the back. He could have slipped Jota through on goal for a clear goalscoring opportunity but he lost control of the ball as the chance went begging.

Atletico were dealt a blow towards the latter stages of the half as Felipe was sent off for apparent dissent having initially tripped the heels of Mane, with referee Danny Makkelie taking a hardline stance against any antics from Diego Simeone's side.

Liverpool looked to go up a gear following the sending off as Salah called Oblak into action with a good low save before Jota's header looked destined for the back of the net only for the Slovenian to palm the ball to safety.

Mane, who was on a yellow card, was withdrawn at half-time as Roberto Firmino entered the fray to join Salah and Jota up front. 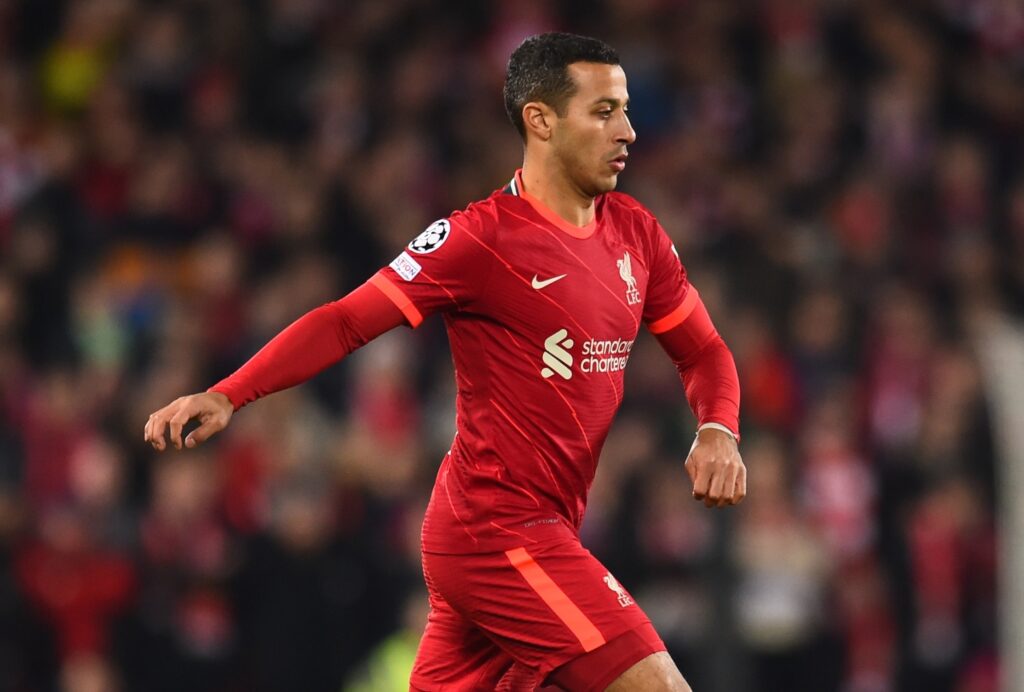 Liverpool thought they’d gone 3-0 up as Jota slotted the ball into the back of the net after an incisive pass by Matip, but the goal was overturned by VAR for offside against the Portuguese.

The Reds had a glorious opportunity through Salah, who saw his close-range effort saved by Oblak before Jota’s follow-up was blocked.

Matip and Jota both came close from close range but the duo were unable to keep their efforts on target as Liverpool looked for their third goal to kill the game off.

Luis Suarez thought he'd pulled one back for the visitors when his effort deflected off Matip and made its way into the back of the net, but VAR intervened once again to rule the goal out for offside.

Thiago made his return to action after missing the Reds' previous seven outings as he came on to replace Fabinho in midfield, with the Spaniard joining Henderson and Oxlade-Chamberlain in the middle of the park.

Liverpool had a major cause for concern as Firmino came off the pitch and went straight down the tunnel with an apparent muscle injury, with Divock Origi coming on to replace the Brazilian. Takumi Minamino also came on to replace Oxlade-Chamberlain.

Minamino found the back of the net with a smart left-footed finish but the referee had already blown his whistle for a foul by Jota in the build-up, before Henderson called Oblak into action after connecting with a half-volley from the edge of the box.

It ultimately finished 2-0 as the Reds cruised to victory and sealed their place in the last 16 of the competition.