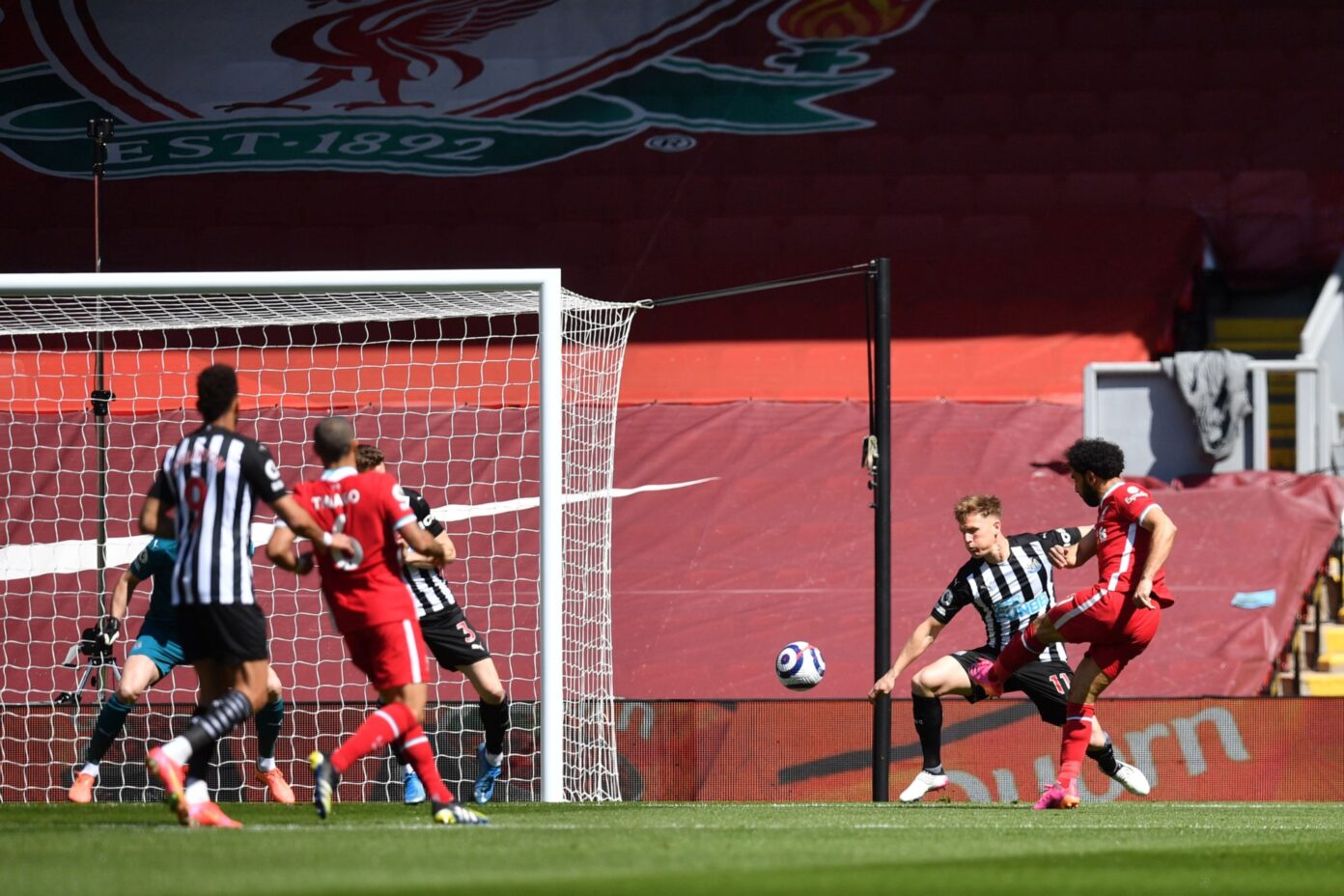 Liverpool vs Newcastle United highlights - Watch all the goals highlights as the Reds were held to a 1-1 draw by Newcastle on Saturday.

Jurgen Klopp made just the sole changes to his side from Monday night's draw at Leeds as Mohamed Salah replaced James Milner in the starting eleven, with the Reds boss opting to field an attacking quartet.

And it was the Egyptian who gave Liverpool the perfect start inside three minutes as he swiveled and shot after a fantastic first-touch inside the box to fire the Reds 1-0 ahead.

The chances kept coming for the Reds, with Sadio Mane and Diogo Jota, in particular, seeing plenty of opportunities come their way. However, the duo didn't have their shooting boots on as chance after chance went begging.

Both sides looked vulnerable at the back, with the Reds also conceding opportunities to the likes of Allan Saint-Maximin and Joelinton, but the visitors were unable to find the back of the net.

Alisson made a couple of important interventions at the start of the second half but he was largely untroubled for the middle stages, with Newcastle's threat often breaking down before the final shot.

Liverpool were forced to dig in deep and be vigilant towards the latter stages and they were given a huge let-off in added time as Callum Wilson bundled the ball home after beating Alisson and Ozan Kabak, only for VAR to intervene and save the Reds' blushes for handball.

The Reds had all eleven men behind the ball as they played out the final minutes but Newcastle struck again - legitimately this time - as the ball fell to Joe Willock who fired home to deny Liverpool an important three points.

It's a tough result to take but sums up the Reds' season so far as they remarkably blow another opportunity to put themselves back in the top four.