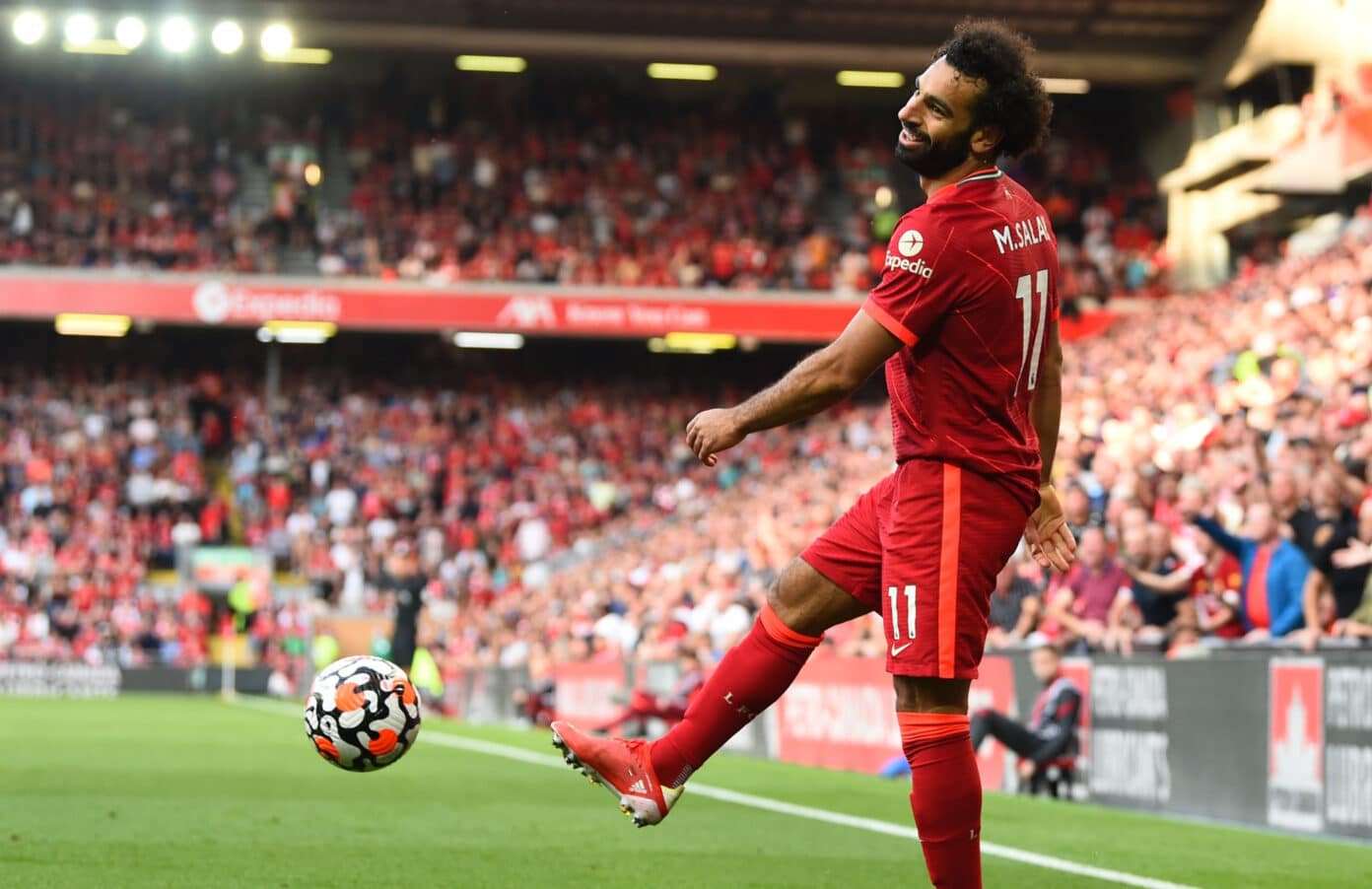 Liverpool were held by a dogged 10-man Chelsea as the Reds failed to capitalise on Reece James' sending off as the played out a 1-1 draw against the Blues at Anfield.

The two sides went level into the break after a chaotic first-half as Kai Havertz' header was cancelled out by a Mohamed Salah penalty after Reece James was sent off for handling the ball on the line.

Liverpool looked to make the most of their man advantage at the start of the second half, but Chelsea defended resolutely as the Reds were unable to break down Thomas Tuchel's side.

It finished all square despite Liverpool's best efforts, representing a missed opportunity for the Reds to go to the top of the Premier League table as the first international break of the season begins this week. 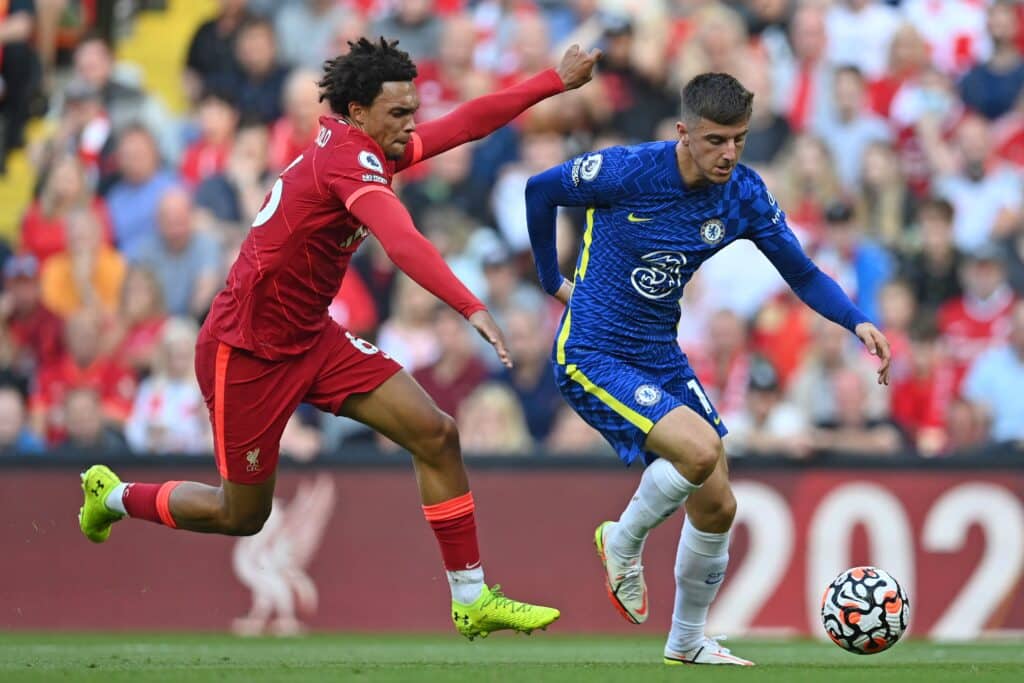 Jurgen Klopp made three changes as Andy Robertson, Fabinho and Roberto Firmino came into the starting eleven, whilst youngster Harvey Elliott retained his spot in midfield.

It was a deafening atmosphere at Anfield ahead of the game, with the Kop ensuring it was a hostile environment for the visitors.

Liverpool made an encouraging start to the game as Elliott picked up the ball at the edge of the box and had an early sighter at goal, but the ball went inches wide of the far post.

An excellent pass by Trent Alexander-Arnold was met by Jordan Henderson on the volley, but the Reds skipper was caught between taking a shot and squaring the ball as the chance went begging.

But despite Liverpool knocking on the door in the opening 20 minutes, it was Tuchel's side that took a surprise lead against the run of play. 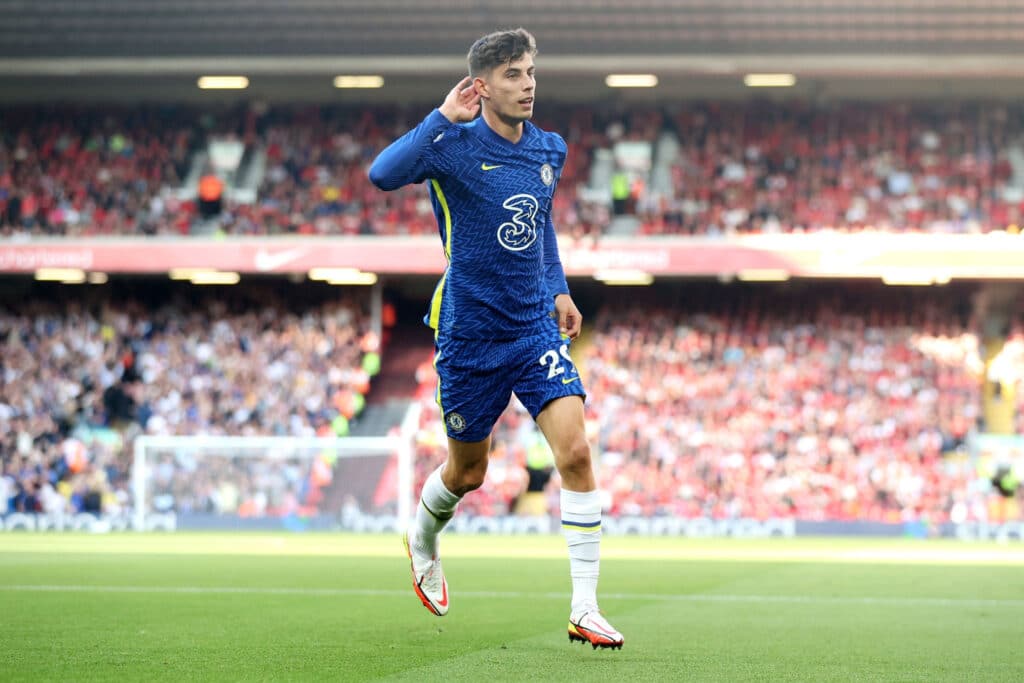 Kai Havertz met Reece James’ corner at the near post with an impressive header to loop the ball over Alisson and into the back of the net in front of a silent Kop.

The goal seemed to knock the stuffing out of Liverpool, who struggled to build on their early momentum as Chelsea kept them at bay with a solid defensive shape.

The Blues were a threat on the counter with Romelu Lukaku, Mason Mount and Havertz causing plenty of trouble. Mount nearly made it 2-0 after getting in behind Alexander-Arnold, but the ball fortunately rolled past the far post.

An unmarked Elliott had a glorious chance to equalise after the ball fell to him inside the box but the youngster’s right-footed effort agonisingly blazed over the crossbar. 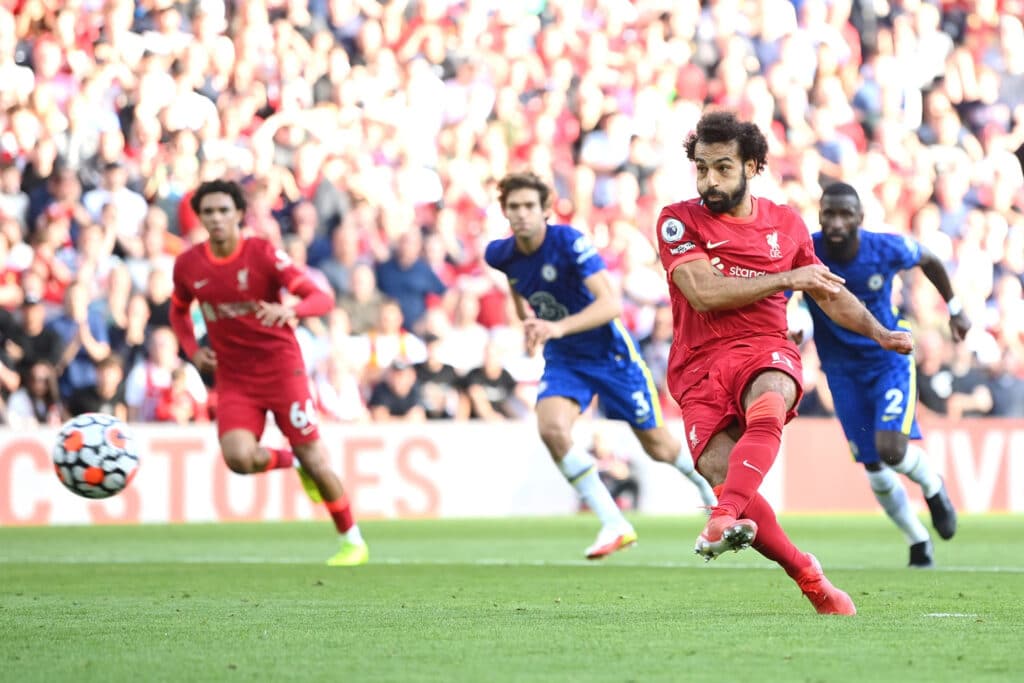 The Reds were forced into a change a few minutes before half-time as Firmino hobbled off the pitch with a knock to his left leg and was replaced by Diogo Jota.

Liverpool nearly levelled after Sadio Mane’s flick-on was kept alive and sent goalwards by Joel Matip, only for the ball to hit the crossbar before falling back to Mane, whose prod at goal was blocked by James on the line.

Referee Anthony Taylor had a look at the VAR monitor after a suggestion of handball and ruled in the Reds’ favour as he awarded a penalty and sent James off for denying a goalscoring opportunity.

Despite the visitors' protests, Salah stepped up to the mark and coolly slotted the ball into the opposite corner to Edouard Mendy’s dive as the Reds made it 1-1 at the stroke of half-time.

The Reds looked to make a fast start in the second half as Salah’s cross from the outside of his foot was met by Jota, who couldn’t keep his header on target.

Virgil van Dijk had an ambitious effort from the best part of 35 yards out as he forced Mendy into a low save. Henderson then nearly found the top corner with a curling effort but the ball whizzed past the far post. 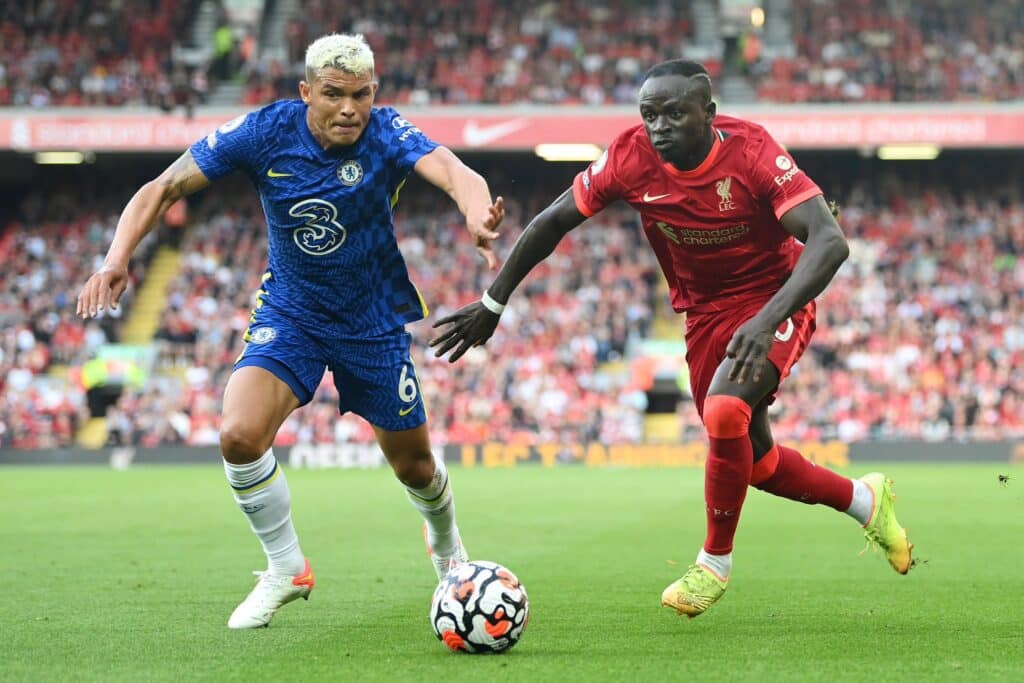 Fabinho and Robertson soon both had long-range efforts that were saved by Mendy as the Reds upped the ante and looked to make the most of their man advantage.

Chelsea ensured Klopp’s side didn’t forget about the threat they posed on the counter as Lukaku looked to turn the ball home from close-range after Marcos Alonso’s late run at the back post, only for his effort to be blocked by Matip.

Despite the Reds dominating possession inside Chelsea’s half, the visitors did well to hold their own as they defended deep inside their box and limited the Reds’ chances.

With a little more than 15 minutes left and the Blues starting to get themselves back in the game, Klopp looked to freshen his side up and add a new dimension as Henderson made way for Thiago.