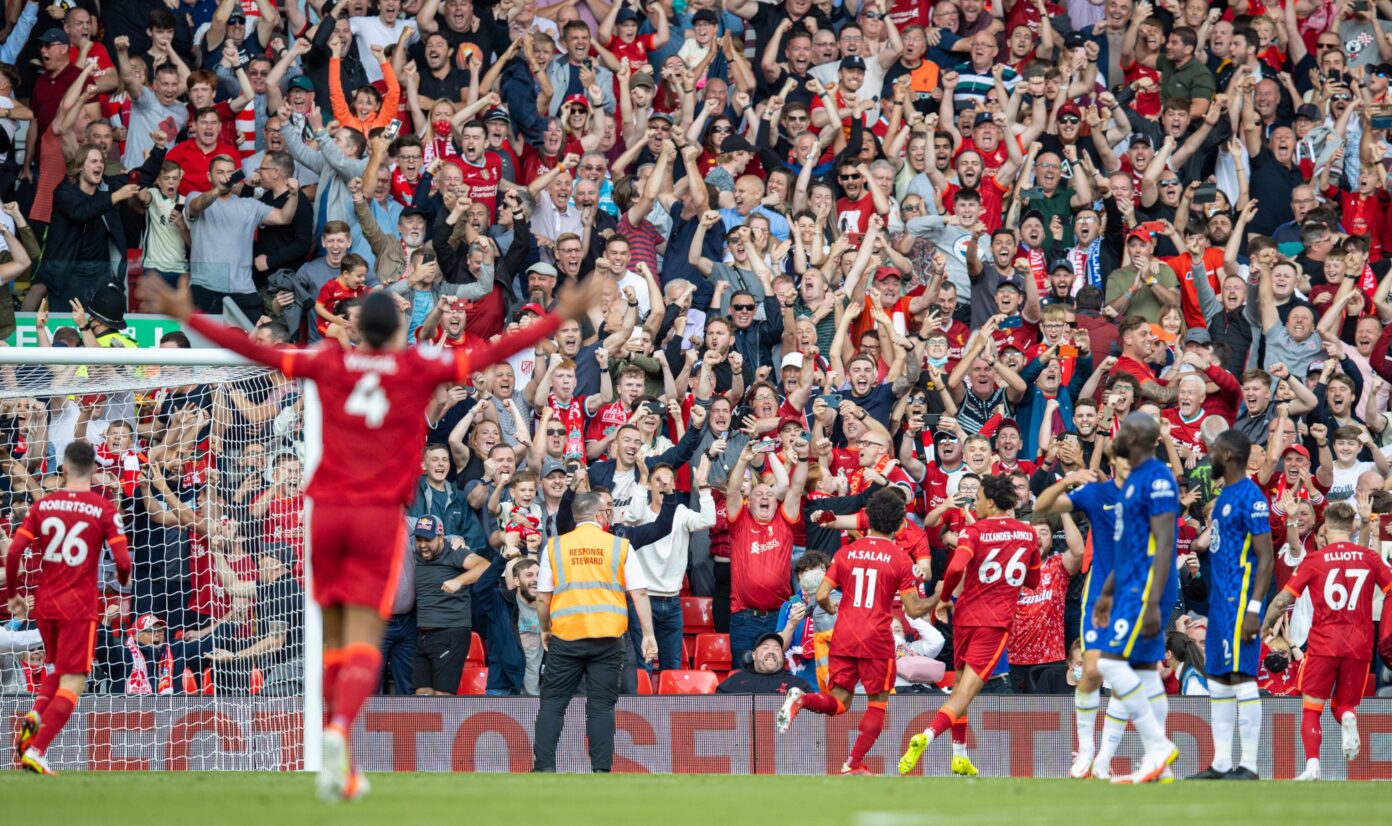 Liverpool vs Chelsea highlights - Watch the goals and highlights as the Reds were held at home by 10-man Chelsea on Saturday afternoon.

Harvey Elliott retained his place in the starting eleven whilst the likes of Andy Robertson, Fabinho and Roberto Firmino also returned.

The Reds made an impressive start to the game, buoyed by a raucous Anfield atmosphere, with Elliott and Henderson both having early chances.

But despite the Reds looking sharp going forwards, they found themselves behind from a Chelsea corner with a little under 20 minutes played.

Reece James’ corner found Kai Havertz, who turned the ball into the back of the net with a looping header over Alisson to make it 1-0 to the Blues.

Liverpool struggled to get going despite their best endeavours after the visitors' opening goal, but the game eventually turned on its head in added time at the end of the first half.

Andy Robertson’s corner was flicked to the back post by Sadio Mane before Joel Matip hit the crossbar with a header. The ball then fell back down and eventually made its way to Mane, whose effort at goal was blocked by a combination of James' arm and knee.

Referee Anthony Taylor took a look at the incident on the VAR monitor and duly awarded the Reds a penalty before sending James off for denying a goalscoring opportunity, with Mohamed Salah stepping up to the spot and calmly sliding the ball into the back of the net to level the scores at the break.

It was all Liverpool at the start of the second half as Edouard Mendy's goal was peppered by shots from range by the likes of Fabinho, Virgil van Dijk and Henderson.

Chelsea defended deep inside their own half as they looked to frustrate the Reds and counter when given the opportunity to do so, with Romelu Lukaku and Mateo Kovacic both reminding the Reds not to switch off at the back.

But despite having a man advantage, Jurgen Klopp's side failed to create any clear-cut chances against a rigid and resolute defence. It finished all square at the end of the 90 minutes, a result that will be viewed as a missed opportunity for the Reds.