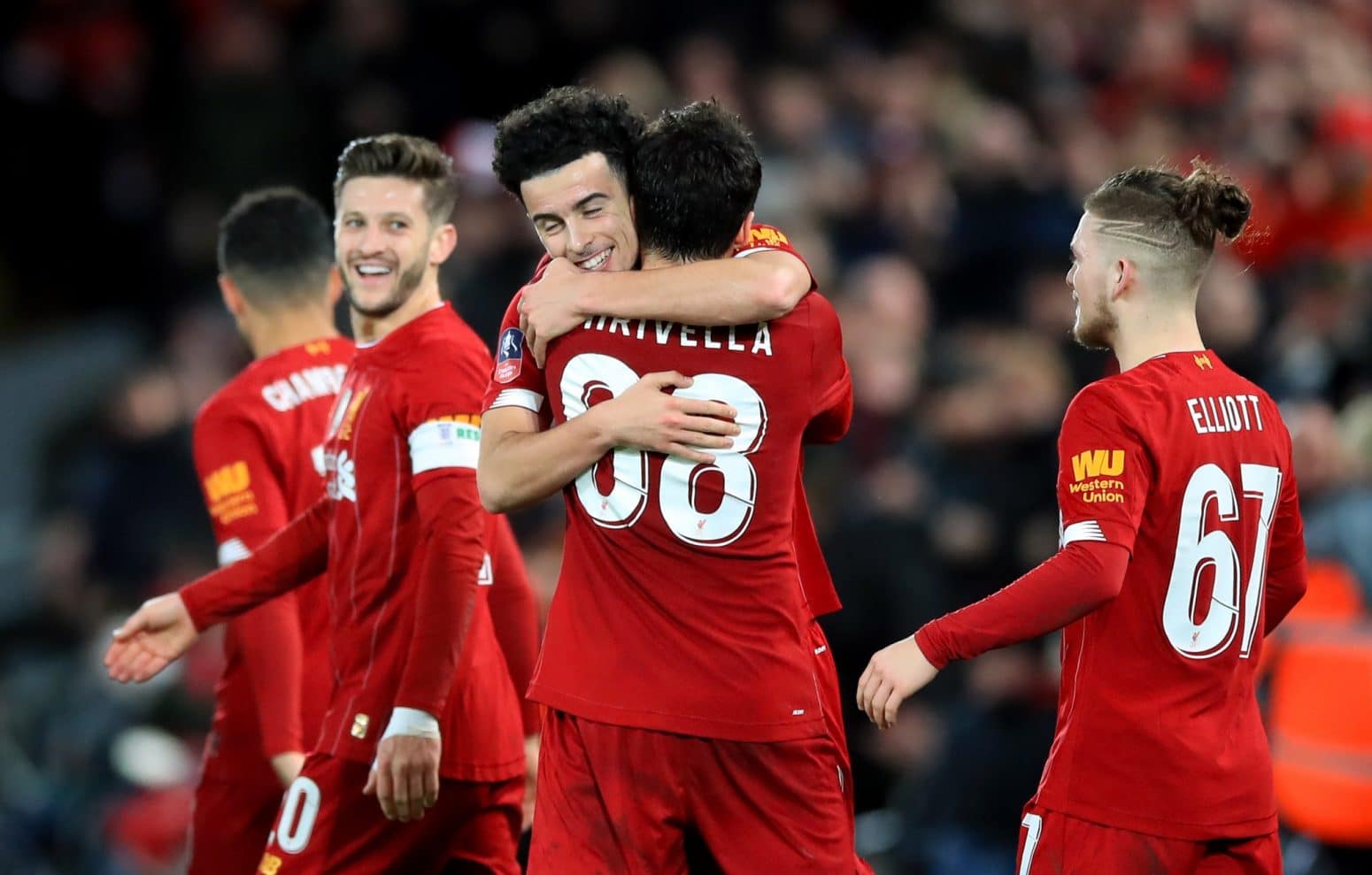 Liverpool vs Everton highlights: Liverpool knocked Everton out of the FA Cup as Curtis Jones scored a wonder-goal to give the Reds a 1-0 win.

Jurgen Klopp made nine changes to the side that beat Sheffield United in midweek as a host of youngsters came into the side alongside new signing Takumi Minamino.

Everton made a lively start to the game and threatened through Dominic Calvert-Lewin, who saw his powerful close-range effort fantastically saved by Adrian. 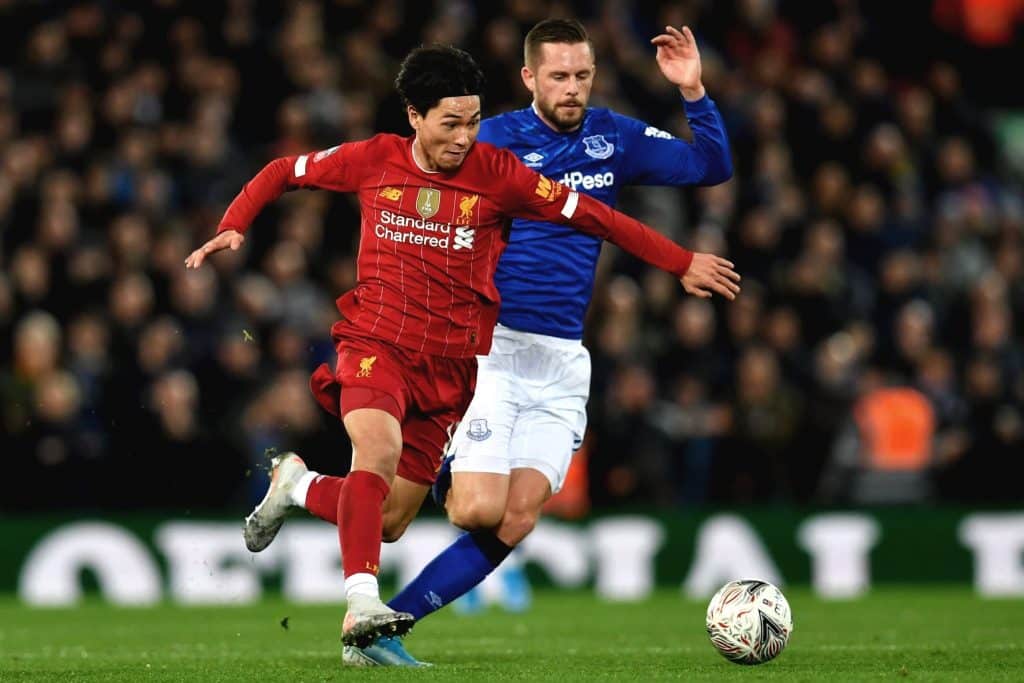 The Reds were dealt an early injury blow as James Milner went down clutching his hamstring after coming together with Theo Walcott, with the make-shift left-back forced off in the ninth minute for Yasser Larouci.

An Everton set-piece saw Mason Holgate with a free header at goal, however, Adrian was well-positioned once again as he kept the Blues at bay.

Liverpool looked understandably disjointed in the opening stages but began to claw their way into the game as the half wore on as they started to dominate the ball.

Adrian was called upon for the third time as Carlo Ancelotti’s side spurned another chance. Walcott’s drilled ball was directed goalwards by Richarlison, only for the Reds No. 13 to block the effort with his right foot.

Walcott caused the Reds several problems on the wing and he set up another excellent chance for Calvert-Lewin, but the forward couldn’t connect with Walcott’s lofted ball into the box. 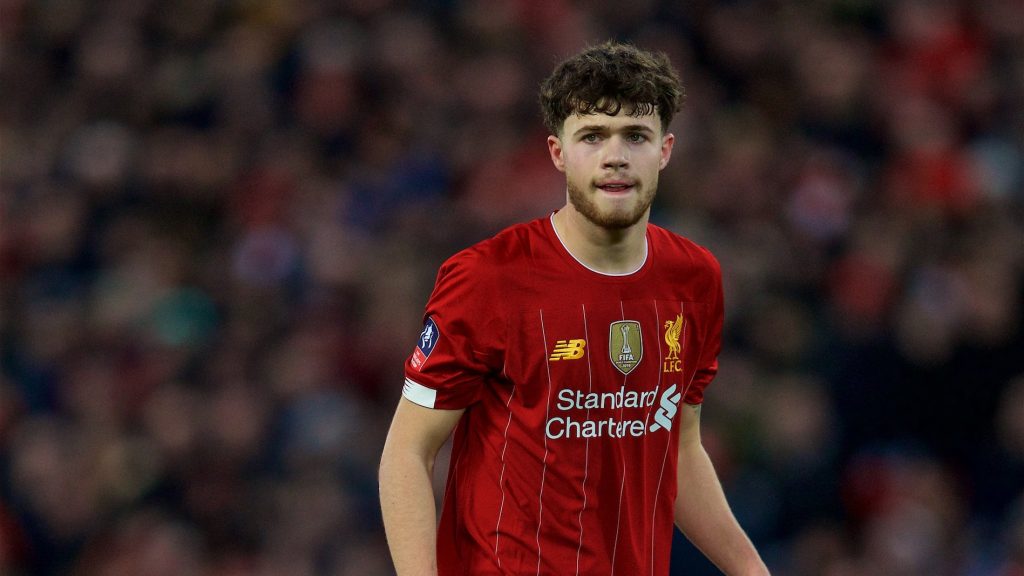 Minamino nearly grabbed the Reds opener as he got the slightest of touches on Divock Origi’s ball into the box, but he couldn’t divert his header on target.

Origi had an opportunity himself minutes later as Harvey Elliott found him in the box, with the Belgian dancing around the Blues defence but seeing his effort saved by Jordan Pickford.

Liverpool started the second half brightly with youngsters Elliott and Neco Williams looking especially threatening on the right-wing.

Alex Oxlade-Chamberlain returned from injury as he came on to replace Minamino, who had some impressive moments and put in a promising display on his debut. A moment of magic gave Liverpool the winner as Curtis Jones received the ball on the edge of the box and sent an astonishing curling effort into the far corner to score his first-ever competitive goal for Liverpool.

It was a fine reward for Jones, who put in a fantastic display in midfield alongside Pedro Chirivella, with the youngsters certainly looking the part.

Liverpool will have to wait to find out who their FA Cup fourth-round opponents will be, with the draw set to take place on Monday night.

Disclaimer: Liverpool vs Everton highlights are provided and hosted by external sources, notably DailyMotion, Youtube and allstreamup.com. We help you discover publicly available material and act as a search engine. We do not host or upload this material and are not responsible for the content.