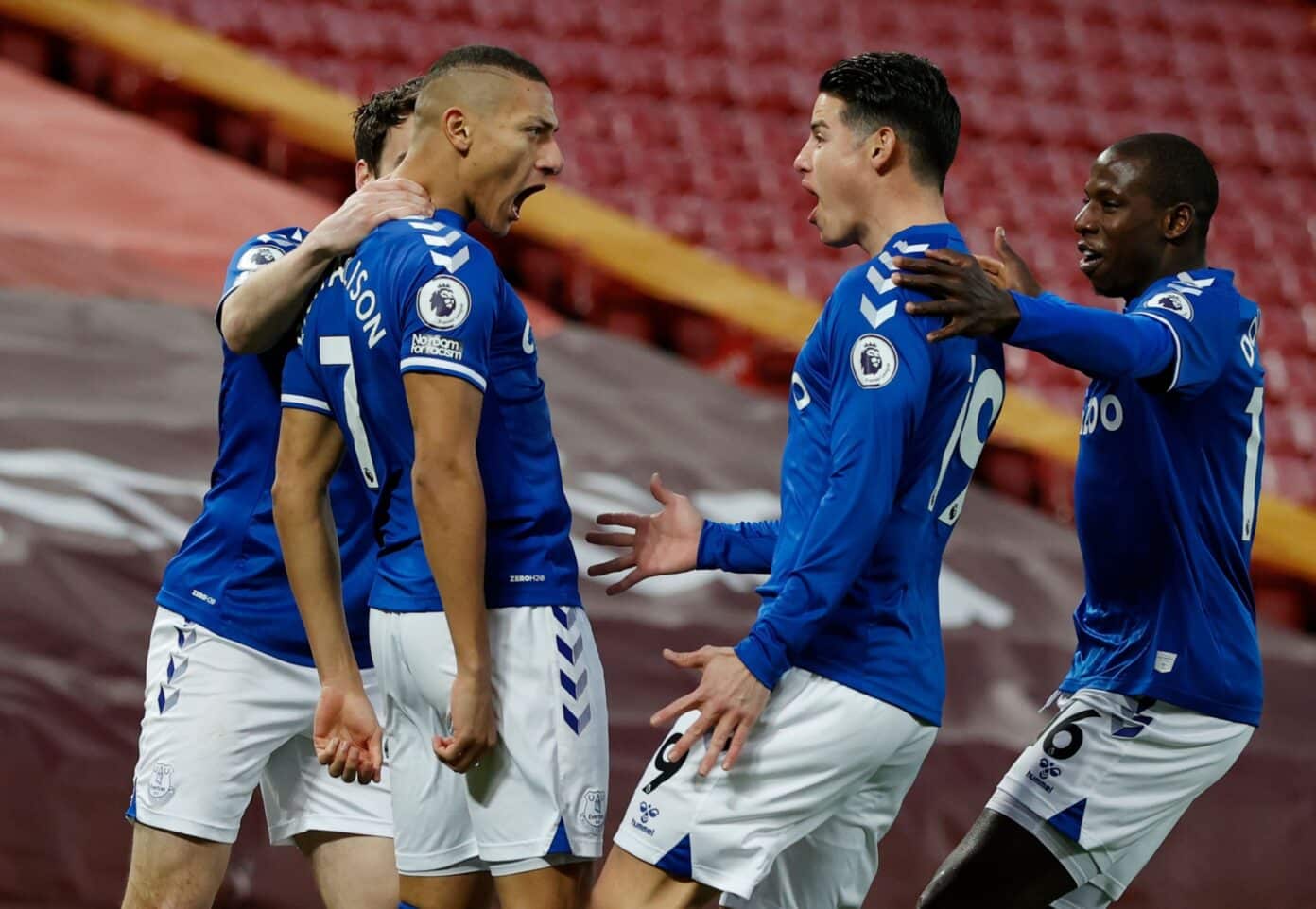 Liverpool tasted defeat in the Premier League once again as local rivals Everton ran out 2-0 winners at Anfield on Saturday.

It was a blustery night at Anfield ane Liverpool got off to the worst possible start as Richarlison gave Everton the lead early on, with the Reds struggling to find a response.

Despite the Reds' approach play being better in the second half, Everton held on to secure their first victory at Anfield since 1999, inflicting a fourth consecutive defeat in the Premier League for Liverpool.

The Reds now find themselves level on points with Carlo Ancelotti's side, who have a game in hand, with Jurgen Klopp's side now right in the battle for a top-four place. 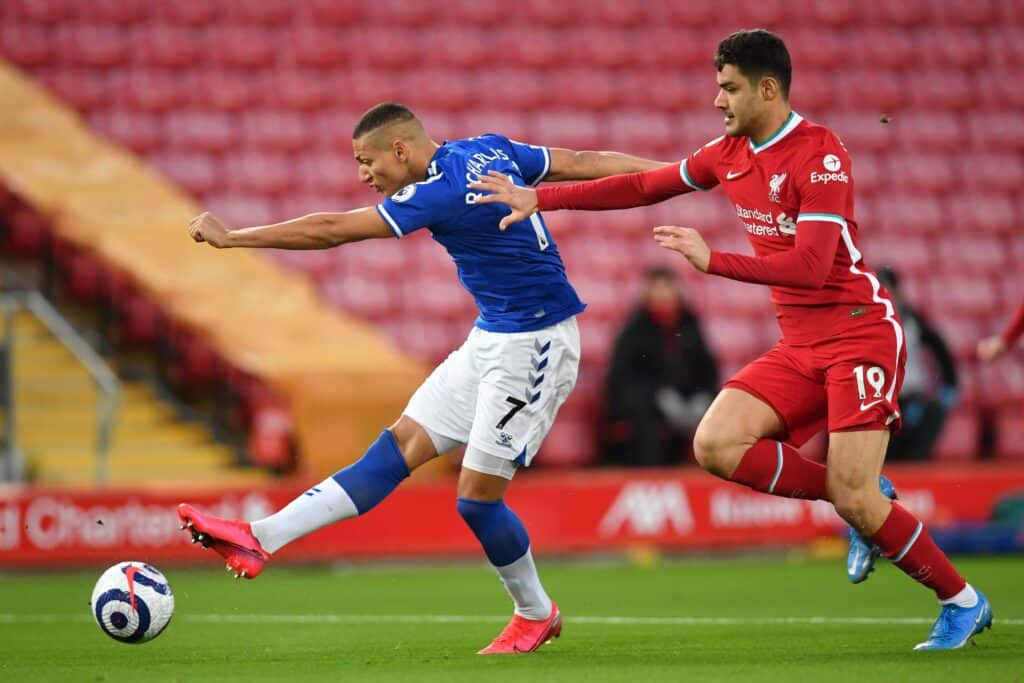 Jurgen Klopp named an unchanged Liverpool side on a rare occasion this season, with Naby Keita starting on the bench after returning from injury.

While the hope was the Reds would come out the blocks quick, it was a nightmare start instead as they found themselves behind after less than three minutes played.

Having given the ball away on more than one occasion, James Rodriguez picked up the ball in midfield and fed through Richarlison, who made no mistake with his finish across Alisson and into the bottom corner.

Liverpool struggled to get going and failed to muster a response of any kind, with Ancelotti’s gameplan to stifle the Reds working to a tee.

However, they began to see some opportunities as Roberto Firmino’s effort from just inside the box was deflected behind by goalkeeper Jordan Pickford.

Jordan Henderson soon followed with a controlled volley which looked set to hit the back of the net, only for the outstretched Pickford to deny the Reds skipper. 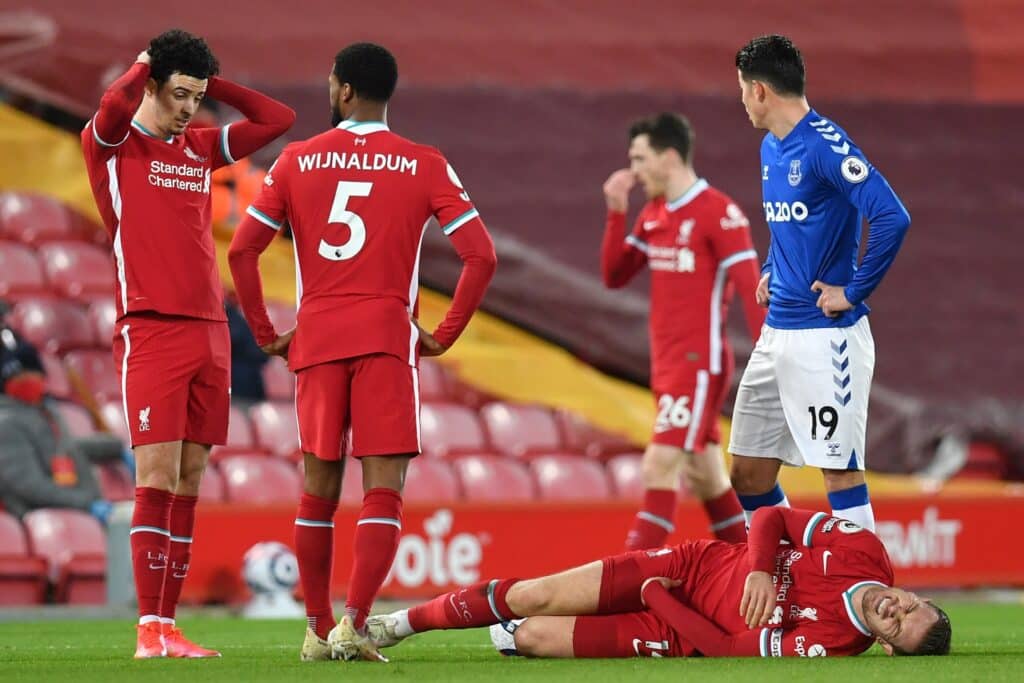 Pickford was called into action again when Trent Alexander-Arnold fizzed a strike from the edge of the box, with the Blues goalkeeper helping tip the ball over the crossbar.

Liverpool were dealt a big injury blow as Henderson pulled up with a suspected groin injury, with the skipper attempting to carry on before Nathaniel Phillips came on to replace him a few minutes later.

The Reds looked vulnerable at the heart of defence as Seamus Coleman nearly doubled the visitors’ advantage with a diving header, but Alisson was up to the task to keep him out.

Liverpool trailed 1-0 at the break with it all to do in the second half, which they started quickly with two Sadio Mane headers, although he failed to trouble Pickford on either occasion. 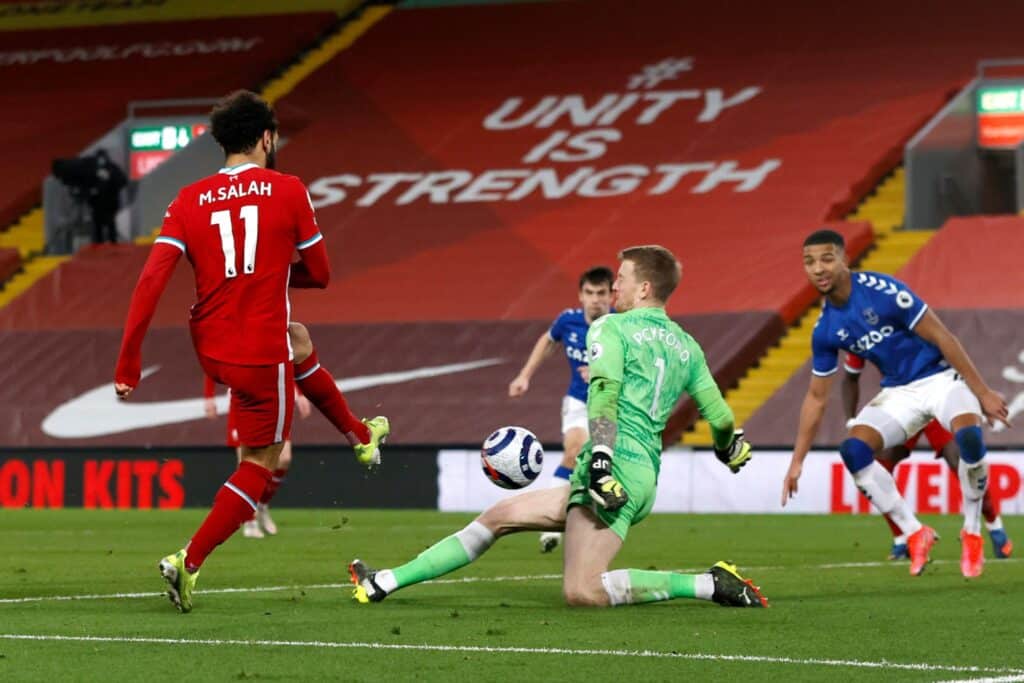 Liverpool picked up the intensity but the Blues’ threat on the counter was still evident, with Ancelotti throwing caution to the wind and bringing on Dominic Calvert-Lewin to partner Richarlison in attack.

Xherdan Shaqiri came on for Curtis Jones as Klopp looked for something different through the middle. His pass to Salah should’ve seen the Egyptian score from close-range but his effort was saved by Pickford despite Salah looking favourite to put it into the back of the net.

Liverpool's fate was sealed seven minutes from time, however, as the Blues were given a penalty after Alexander-Arnold was harshly adjudged to have brought Calvert-Lewin down after the forward tripped over the Reds right-back after seeing his shot saved by Alisson.

Referee Chris Kavanagh went to the monitor on VAR's recommendation but the Reds weren't afforded a reprieve as he quickly confirmed his original decision, with Gylfi Sigurdsson slotting away the penalty to make it 2-0.