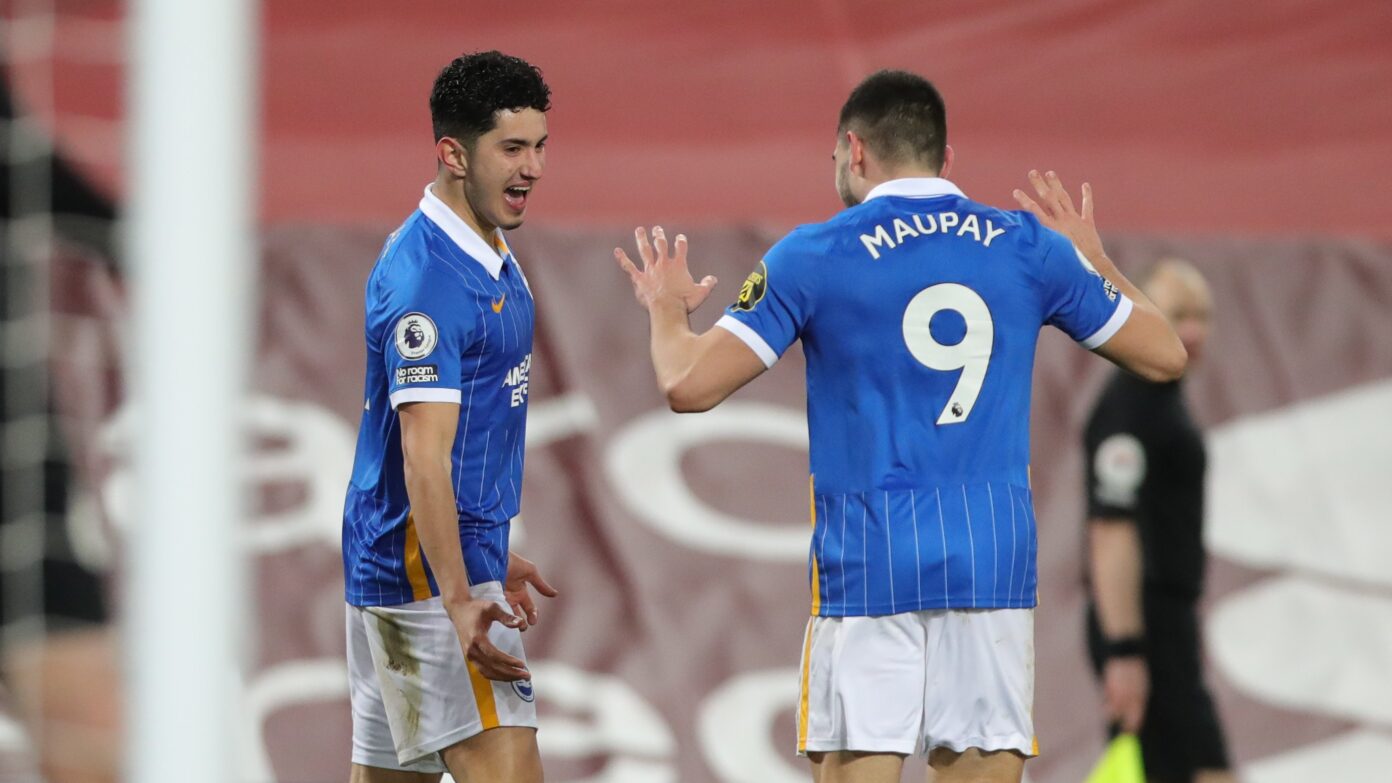 Liverpool vs Brighton highlights - Watch the highlights as Liverpool fell to a disappointing 1-0 defeat against Brighton and Hove Albion.

Alisson missed out due to illness as Caoimhin Kelleher started between the sticks while Roberto Firmino replaced Divock Origi in attack.

The Reds had over 60% possession in the first half but did very little with the ball as Brighton stuck to their defensive shape and kept the champions at bay.

Liverpool failed to get a shot on target all first half and things worsened after the break as Steven Alzate put the Seagulls 1-0 up against the run of play, with the visitors converting from the first shot on target from either side.

The Reds looked to force their way through and Jurgen Klopp introduced the likes of Alex Oxlade-Chamberlain, Curtis Jones and Divock Origi as he tried landing on a solution.

But the substitutes failed to have much of an impact as the Brighton defenders stuck to their jobs and executed their gameplan flawlessly to secure all three points for the visitors.

It's another shock defeat at home for the Reds, who lost their club-record Anfield run against Burnley in the last outing. While wins against Tottenham and West Ham saw Liverpool back to their best, it was another sullen performance which halts their momentum once again.

The champions have it all to do against Manchester City at Anfield this weekend, with Pep Guardiola's side having the opportunity to go ten points above Liverpool with a game to spare, which would make the task of winning the Premier League title a particularly challenging one for the Reds.