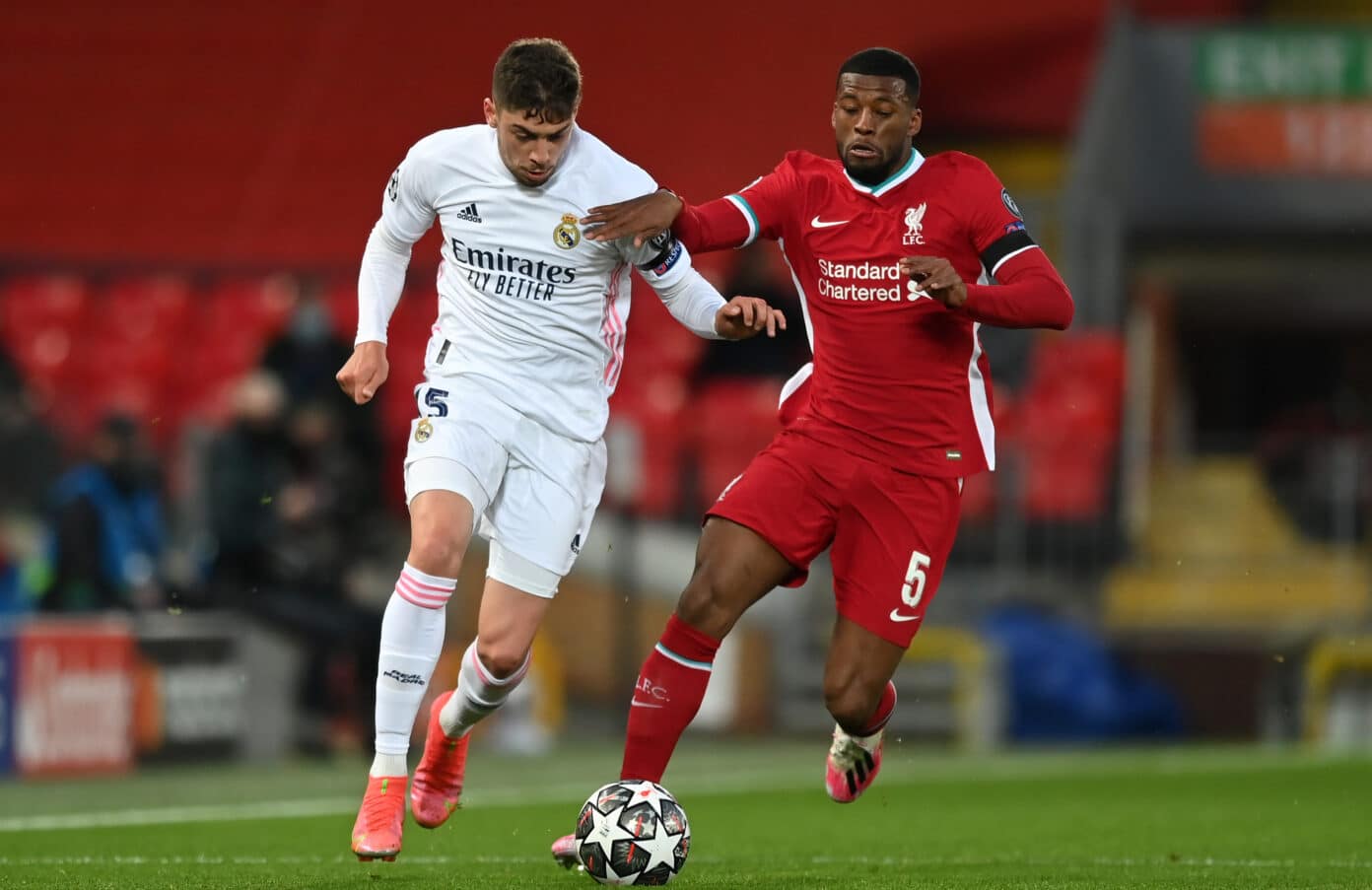 Liverpool vs Real Madrid highlights - All the highlights as the Reds were knocked out of the Champions League quarter-finals after a goalless draw at Anfield.

Jurgen Klopp made just the sole change from the weekend's win over Aston Villa as Sadio Mane returned to the starting eleven in place of Diogo Jota.

Liverpool could have made the perfect start inside the opening few minutes as Mohamed Salah saw an effort from inside the box saved by the legs of Thibaut Courtois.

James Milner also went close with an excellent curling strike from distance that drew another good save out of the Real Madrid goalkeeper, with the Reds looking likely to take an early lead.

But it was ultimately a half of nearly moments for the Reds, who spurned some excellent chances to get themselves back in the tie.

Two moments in quick succession saw Salah and Gini Wijnaldum find space inside the box and get their respective shots off, only for the duo to both strike the ball way over the crossbar.

Liverpool continued to carve opportunities in the second half and could have been two or three goals up on another night, but a combination of poor finishing and last-ditch tackles saw them unable to turn the ball home.

The likes of Thiago, Diogo Jota, Alex Oxlade-Chamberlain and Xherdan Shaqiri all came on for the Reds as Klopp looked for his side to produce a moment of magic, but the visitors stood strong and kept them at bay.

It wasn't to be for Liverpool, who find themselves knocked out of the Champions League by a Madrid club for the second successive year. All hopes are now pinned on a top-four finish in the league...