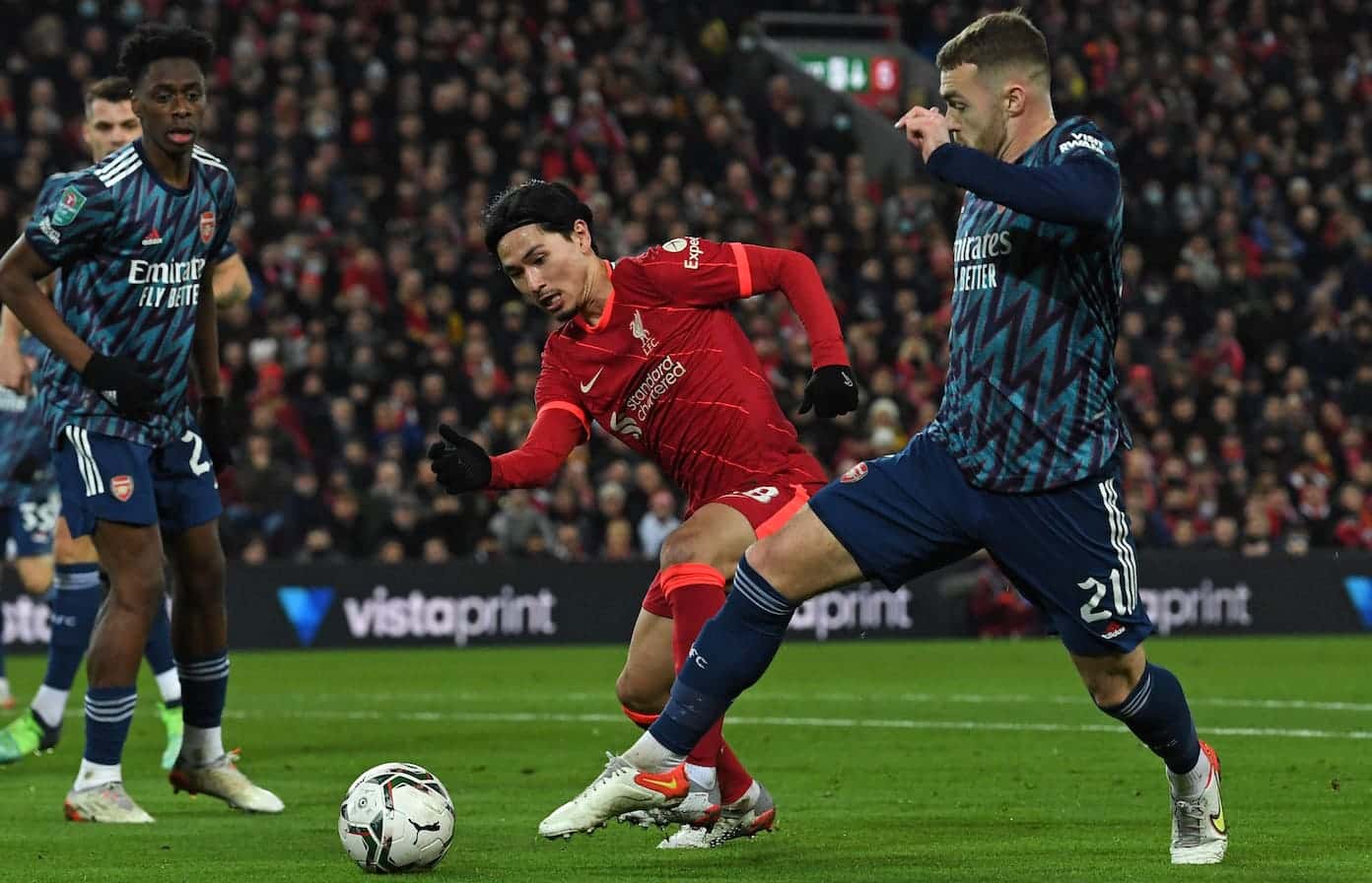 Liverpool vs Arsenal highlights: Watch all the highlights as the Reds were held to a 0-0 draw by the ten men of Arsenal in the first leg of their Carabao Cup semi-final.

Jurgen Klopp's side made a commanding start to the game and they should have likely taken the lead inside the early stages after some promising moves going forward, but the visitors did just enough to keep them at bay.

Arsenal were reduced to ten men midway through the first half after Diogo Jota was brought down by a late Granit Xhaka challenge as he looked to control the ball and burst into the box, with referee Michael Oliver presenting a straight red to the Swiss international.

Liverpool couldn't make use of their man-advantage as they struggled to create any clear-cut chances of note. The Reds failed to register a shot on target in the opening 45 minutes despite enjoying the greater share of possession.

It was more of the same in the second half with Arsenal's back-five diligently remaining in their shape and denying Liverpool the opportunity to pick any holes in behind them.

Curtis Jones, Alex Oxlade-Chamberlain, Neco Williams and Joe Gomez were all introduced from the bench as Klopp looked to give his side a new dynamic, but it wasn't to be as the Reds continued to struggle to find their shooting boots.

It ultimately finished goalless, with Liverpool turning their attention to this weekend's clash against Brentford at Anfield before next Thursday's reverse leg against Mikel Arteta's side at the Emirates, with the tie still firmly in the balance.