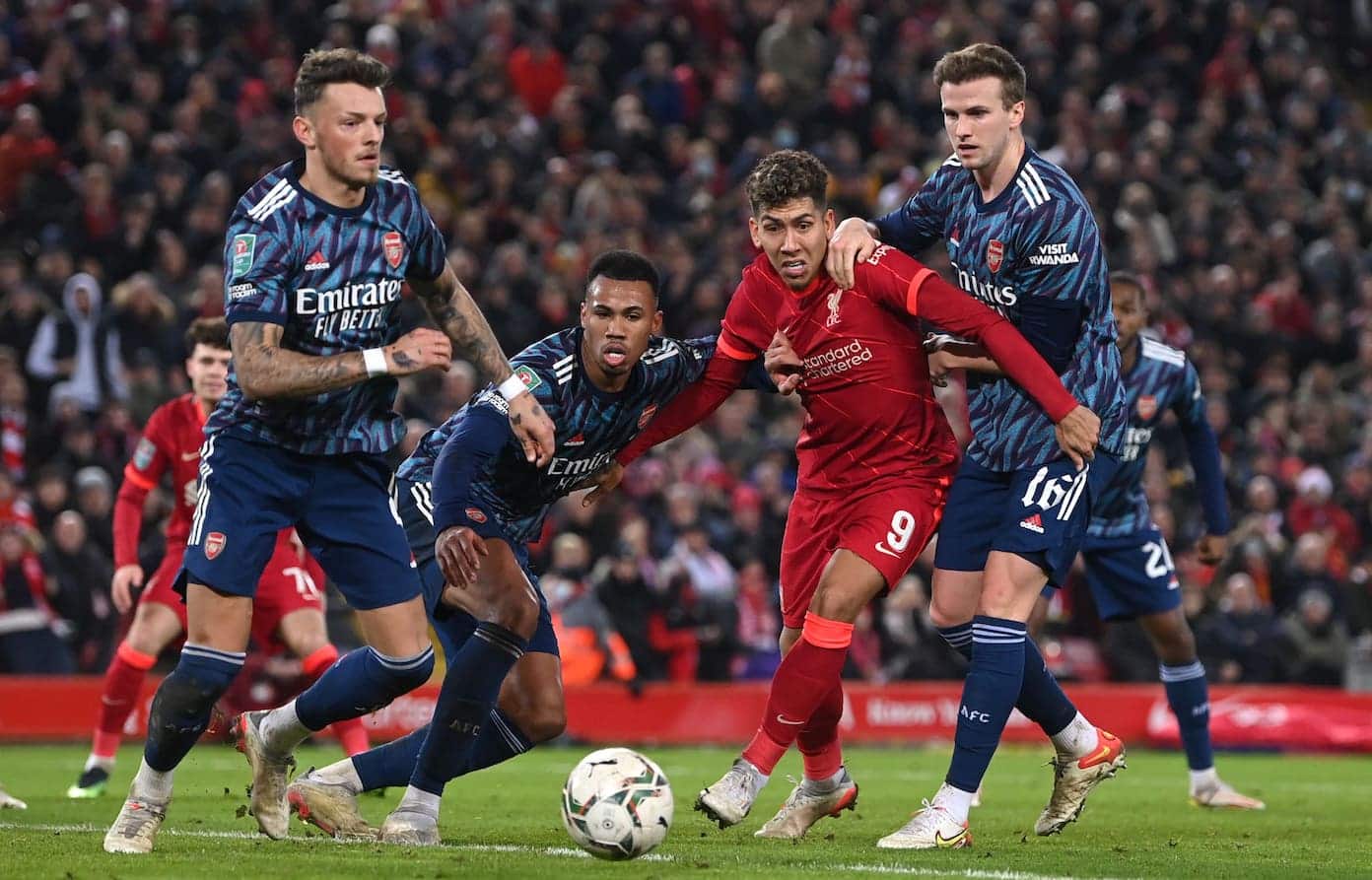 Liverpool were left frustrated as the ten men of Arsenal played out a goalless draw in the first leg of their Carabao Cup semi-final tie on Thursday night.

Both sides went into the break on level terms without registering a shot on target, despite Liverpool dominating the ball against the ten men of Arsenal, who saw Granit Xhaka sent off midway through the half for denying Diogo Jota a clear goalscoring opportunity.

It was more of the same in the second half as the Reds struggled to create any clear-cut chances against a steadfast Arsenal defence, who held on for a 0-0 draw on a frustrating night for Liverpool.

Liverpool now turn their focus to this weekend's visit of Brentford at Anfield before they look to regroup for the reverse leg at the Emirates next Thursday, with a trip to Wembley still finely poised. 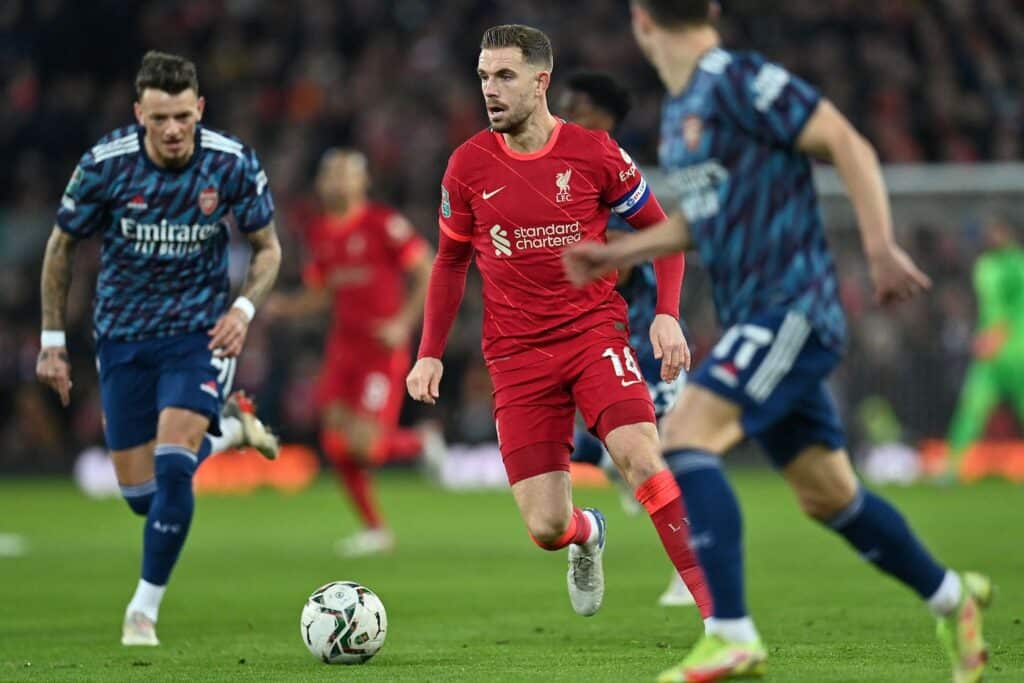 The likes of Alisson, Trent Alexander-Arnold, Jordan Henderson, James Milner and Diogo Jota all returned to the starting eleven as the boss named a considerably stronger side from the one that took on Shrewsbury in the FA Cup at the weekend.

The visitors had somewhat of a shaky start in the opening five minutes which the Reds looked to take advantage of, with two early corners and a half-chance for Roberto Firmino from Andy Robertson's cross.

The Reds continued to impress in their attacking endeavours as an excellent ball into the box by Takumi Minamino was nearly turned home by the waiting Firmino inside the six-yard box, but centre-back Ben White made a last-ditch interception to steer the ball away from the Brazilian.

Arsenal began to ask some questions in response midway through the half, but the tide looked to change once again as Granit Xhaka received a red card for a challenge on Jota, who would've been through on goal had he been allowed to bring the ball down on his chest.

Mikel Arteta responded by introducing his second substitution of the game - after Cedric Soares was forced off earlier for a hip problem - with Rob Holding coming on to form a back five that looked to be resilient in the immediate aftermath of Xhaka's sending off. 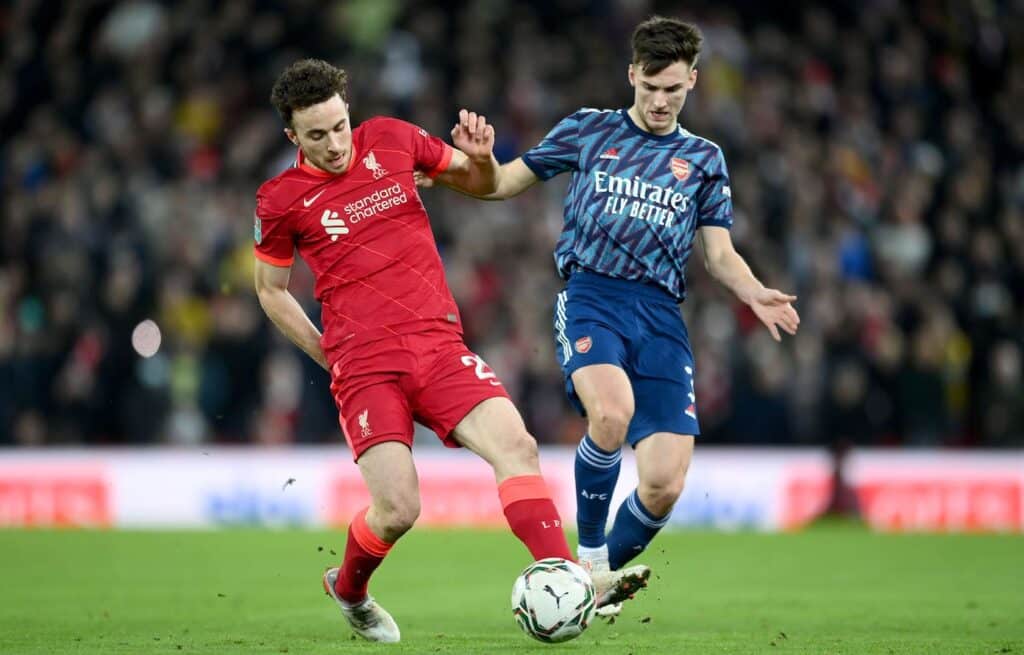 Liverpool failed to find the final decisive ball despite enjoying 80% of the possession and putting together some promising moves as they settled for a goalless first half at the interval.

It was a cagey second half as Arsenal sat in deep and invited the Reds to find holes in their backline whilst also picking their own moments well to move higher up the pitch and relieve some pressure.

Bukayo Saka was undoubtedly the Gunners' biggest threat through his runs from deep, with Robertson picking up a yellow card for bringing down the youngster and thwarting a dangerous counter.

The Reds were intent on attacking through Arsenal's core but they sorely lacked invention in midfield, with Klopp withdrawing Milner and deploying Curtis Jones with 30 minutes left on the clock.

Jones looked lively following his introduction and his ball released Robertson down the left before the Scotsman played in Minamino, who saw his effort flash across the face of goal and behind. 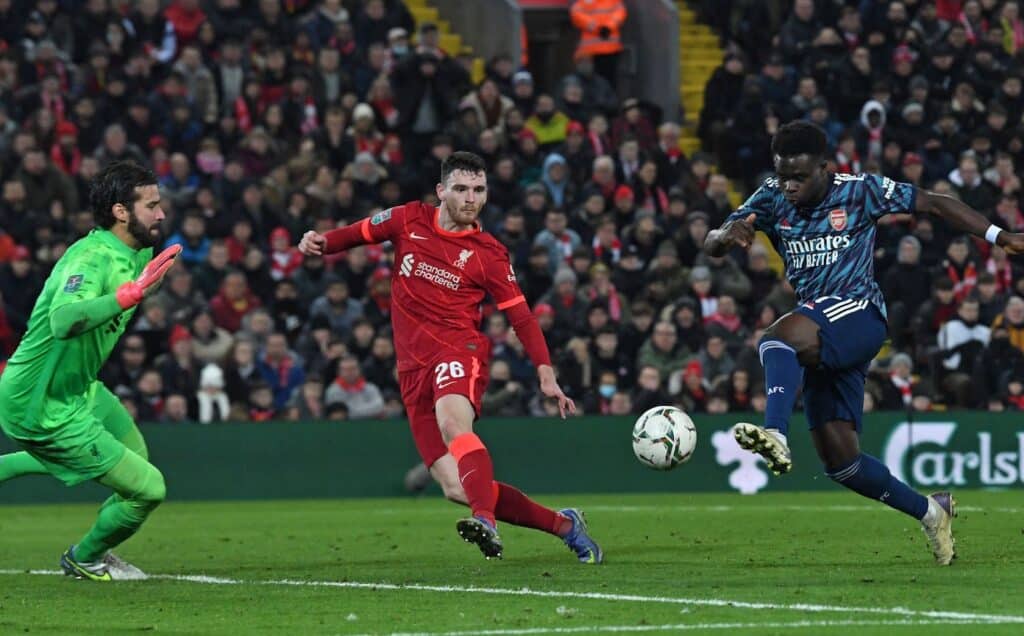 Arsenal had a rare opportunity on the counter as Kieran Tierney's cross was run onto by Saka, but he was smothered by a crucial Alisson interception just as he looked to pull the trigger.

With no signs of the tide turning in either direction, the boss made a triple substitution to freshen his side, with Trent Alexander-Arnold, Joel Matip and Fabinho making way for Neco Williams, Joe Gomez and Alex Oxlade-Chamberlain.

An in-swinging ball into the box by Jones from the left made its way over Gabriel and onto the head of Jota, but the Portuguese seemed to be caught surprised as he was unable to react in time and direct his effort at goal.

The best chance of the evening fell to an unmarked Minamino, who was given a gaping goal to aim for after the ball evaded goalkeeper Aaron Ramsdale, but the Japan international was unable to keep his composure as he blazed over the bar with a mistimed half-volley.

Williams led a late charge as the Reds continued to mount the pressure in the final minutes, but it wasn't to be as they were left frustrated by a combination of their own sub-par finishing ability and a resolute Arsenal defence.