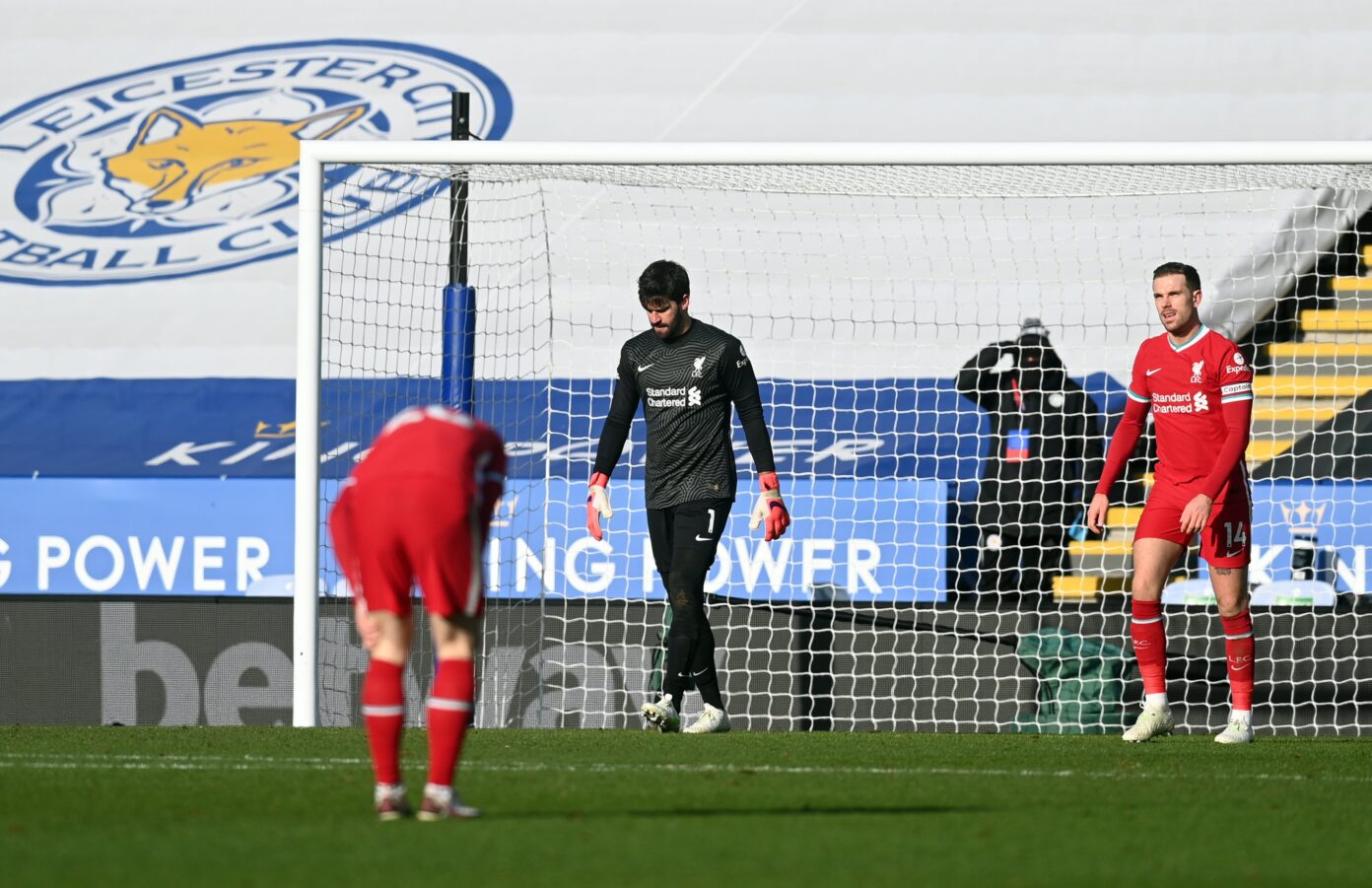 Jurgen Klopp made two changes as Ozan Kabak replaced the injured Fabinho to make his debut whilst James Milner came into midfield for Thiago, who was on the bench.

Milner didn't last long, however, as he was forced off the pitch midway through the first half with Thiago coming on from the bench.

Liverpool were dominant and looked by far the better side although they had to wait until the 67th minute to take the lead through Mohamed Salah after an excellent assist by Roberto Firmino.

But the game turned around in a matter of seven minutes late in the second half as Leicester went from 1-0 behind to 3-1 up through James Maddison, Jamie Vardy and Harvey Barnes.

Maddison's free-kick from the left went straight through a crowd and into the back of the net after VAR had overturned the original penalty decision against Thiago.

Then a collision between debutant Kabak and Alisson saw Vardy go clear on goal to make it 2-1 before Barnes wrapped things up with a tidy finish from the left after beating the Reds' offside trap.

It's a remarkable result considering how well Liverpool played for most of the game, but there are no excuses for the Reds' parting ways and allowing the Foxes to turn the game on its head in just a few minutes.

The result sees Leicester go six points clear of the Reds, who are now battling for their place in the top four despite being top of the table at Christmas. Next up, the Champions League...