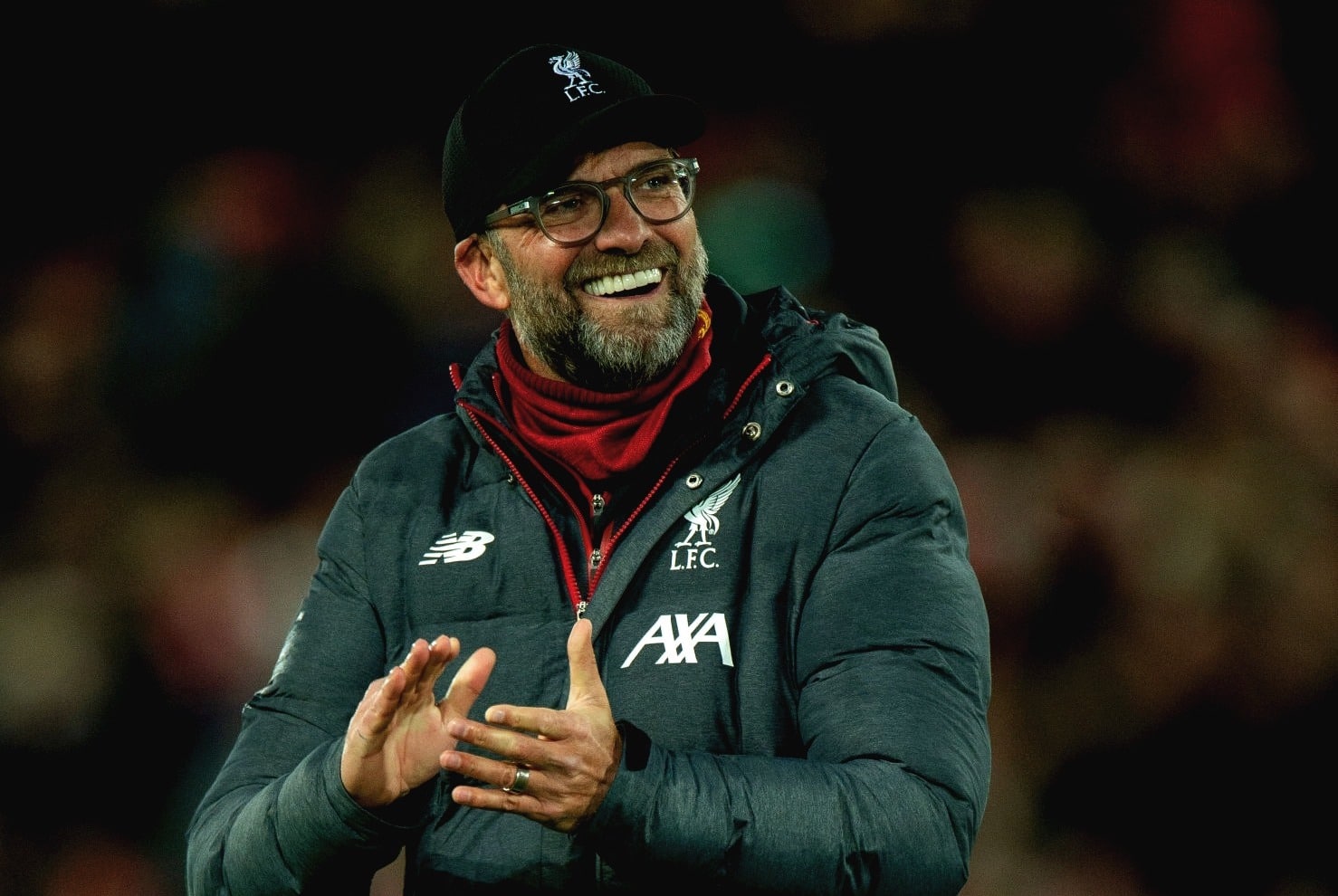 Jurgen Klopp was ecstatic with his side's performance after Liverpool beat Everton 1-0 to progress to the fourth round of the FA Cup.

Klopp made nine changes to the side that beat Sheffield United in midweek, with the boss trusting several youngsters to do the job against the Blues.

The young Reds side repaid the boss' faith as Liverpool put on a fantastic display and ran out 1-0 winners over their neighbours thanks to a stunning second-half strike from Curtis Jones.

It was a hugely successful evening for the Reds, one that also saw the debut of Takumi Minamino and the return of Alex Oxlade-Chamberlain from injury. There was a slight dampener on the game however as James Milner suffered a knock inside the opening ten minutes.

Speaking after the game, Klopp highlighted Milner's injury as to why he made so many changes to his side. Nonetheless, the boss was keen to praise his side for the quality they showed, insisting "each individual performance was outstanding."

"Let’s start with the negative things. Two players started the last game, one of them got injured," Klopp told reporters.

"That’s the situation we are in, that’s why a lot of managers make a lot of changes. It’s nothing to do with the cup, it’s the timing.

"All the rest of the night was absolutely perfect, I have to say. I saw a sensationally good performance of a not-very-experienced team.

"For a lot of players, it was the first time playing on this kind of stage, in front of this crowd, against the opponent. It was outstanding, I loved it, I loved each second of this game. 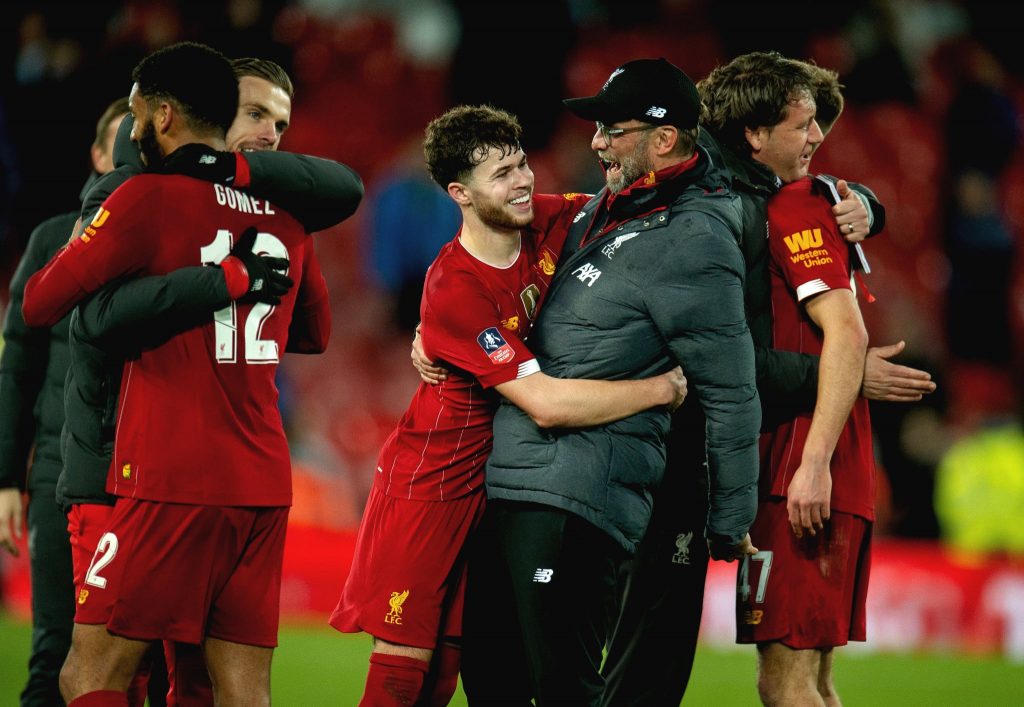 "It was a bit too wild in the first half, that’s completely normal; if you try to show respect to our principles, it can happen that it gets a bit wild.

"But, football-wise in a lot of moments brilliant. Defensive-wise, organisation-wise, the press, the counter-press, absolutely incredible. And then we scored this goal.

"That they had three big chances, we know that – Adrian, class, absolutely class – and then we scored that goal.

"We controlled it in a lot of moments, even the chances they had we were not outplayed, we lost the ball or played a bad pass; that can happen, it’s not cool but it can happen. That’s why the formation was that wide.

"I just liked it, each individual performance was outstanding."

The boss also lavished praise on match-winner Jones, who impressed alongside several of the youngsters including Pedro Chrivella, Neco Williams and Harvey Elliot.

"Let me speak about Curtis – an unbelievable player, Scouser, very confident, can’t wait to play in the first team. Good, rightly so. He is in a very good way," Klopp said.

"I’ve known him three-and-a-half years, he made big steps, will be a Liverpool player if nothing strange happens, 100 per cent. Great. 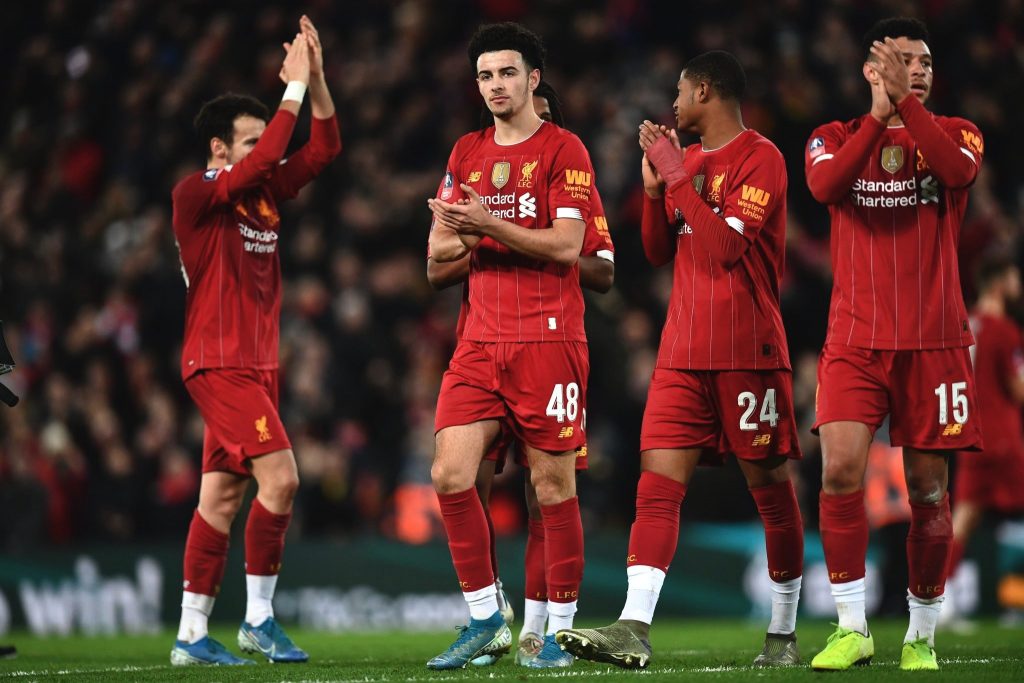 "That he scores this kind of goal, I’m not surprised. He is for these situations and still a lot to learn and improve. But sometimes we forget it as well in training, he is 18. Unbelievable.

"In Germany, because of a different system, he would still play one year 100 per cent in the youth team and nowhere else. Here, he is around the first team.

"I like that the boys used all our patterns tonight to cause Everton problems. It was brilliant, absolutely brilliant."

The Reds will find out their fourth-round opponents in Monday night's draw before turning their attention back to the Premier League as they face a trip to Tottenham next Saturday.