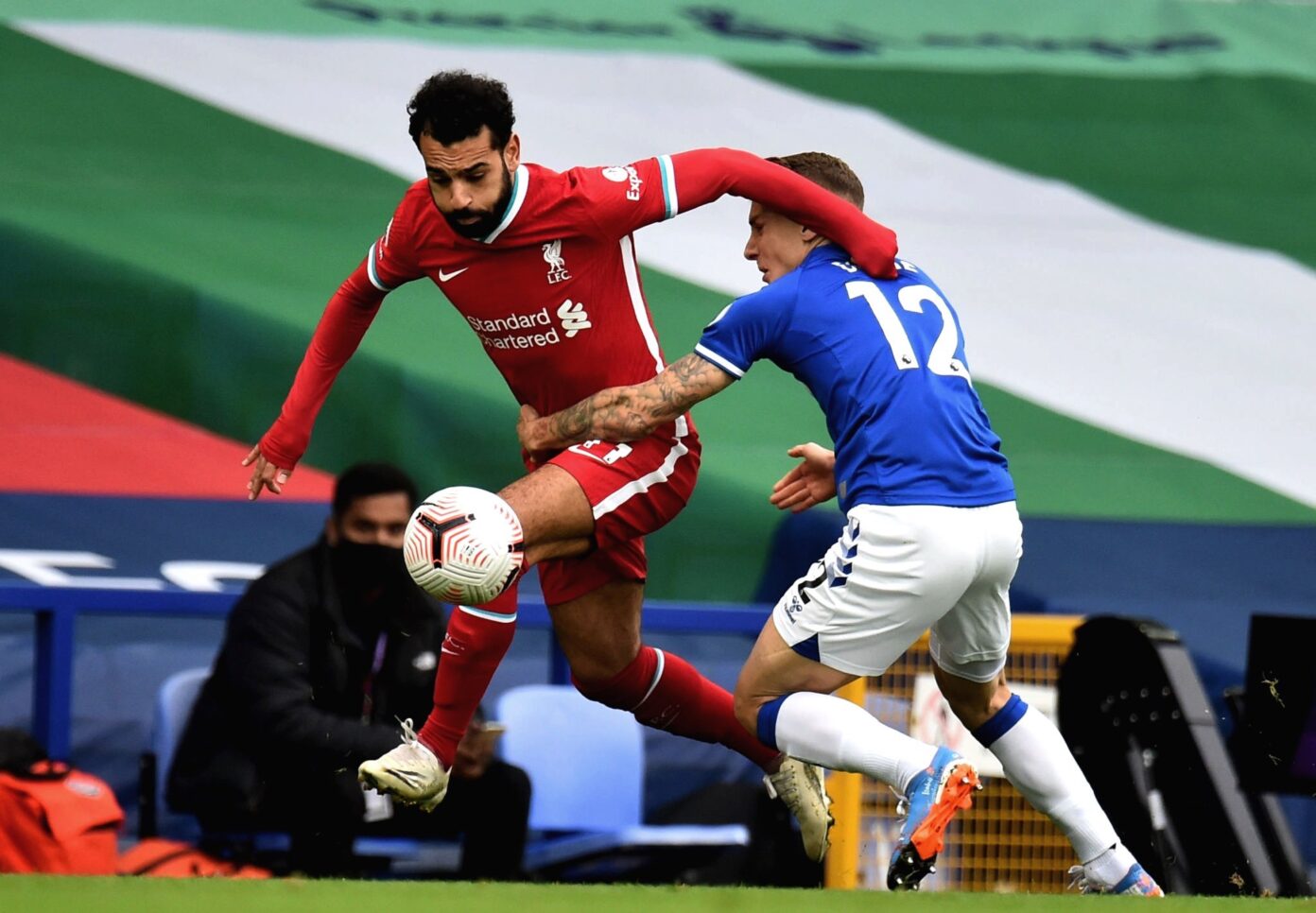 All the highlights from Goodison Park as Liverpool were held to a 2-2 draw against Everton in the Merseyside derby.

Liverpool started like a team with a point to prove after their humiliating 7-2 defeat against Aston Villa before the international break.

It took them less than three minutes to go ahead as Sadio Mane rounded off a fantastic move with a smashing finish from close-range to make it 1-0 to the Reds.

But an injury to Virgil van Dijk gave the hosts the impetus they need as Michael Keane levelled the scores inside the opening 20 minutes with a powerful header from James Rodriguez's corner.

Everton looked threatening in bursts but Liverpool were by far the more dominant side, especially in midfield, thanks to the control of Thiago and Fabinho.

The Reds came close on multiple occasions but failed to apply the finishing touch, with Everton faring better in the second half and swinging the balance in their favour.

But Liverpool went ahead with a little under 20 minutes left as Yerry Mina's clearance fell to Mohamed Salah, who powerfully struck the ball home from the edge of the box.

The hosts weren't done, however, as Dominic Calvert-Lewin nodded home to draw Everton level with a towering header.

Liverpool thought they'd secured victory in injury-time as Jordan Henderson finished from Mane's cross, but VAR ruled out the winner for offside. Replays showed Mane to be onside, but the decision agonisingly went against the Reds as they settled for a point.

Disclaimer: Everton vs Liverpool highlights, goals and full match videos are provided and hosted by external sources. We help you discover publicly available material and act as a search engine. We do not host or upload this material and are not responsible for the content.