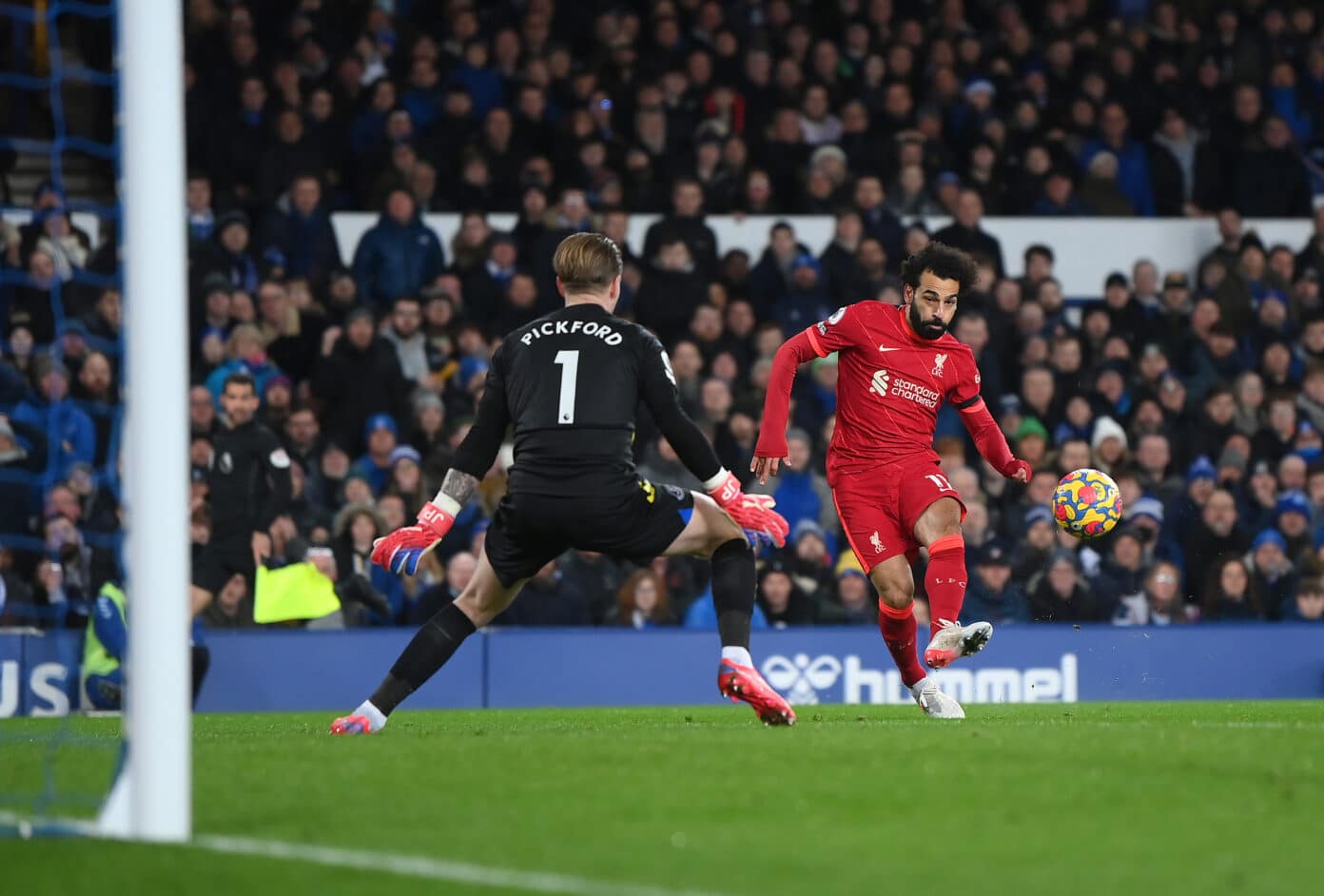 Everton 1-4 Liverpool highlights - Watch all the highlights as the Reds beat Everton 4-1 thanks to goals from Jordan Henderson, Mohamed Salah and Diogo Jota on Wednesday night.

Liverpool could have gone two up inside the opening minutes, first through a Joel Matip header and then a Mohamed Salah prod from close range, but neither were able to keep their efforts on target.

It didn't take long for the Reds to find the breakthrough, however, with Andy Robertson's pull-back towards the edge of the box being met by Jordan Henderson, who calmly placed the ball into the bottom corner past Jordan Pickford to make it 1-0 to Jurgen Klopp's side.

The Reds skipper then turned from goalscorer to provider as his pass from midfield provided Mohamed Salah with the opportunity to run in behind the hosts' defence, with the Egyptian facing up Pickford and stroking the ball inside the far post to double the Reds' advantage.

Despite Liverpool seemingly being in total control, the hosts found a goal back to halve the deficit before the break. Richarlison's pass met Demarai Gray's run in between a porous Reds defence, with Alexander-Arnold unable to come around on the cover as Gray put the ball between Alisson's legs and into the back of the net.

Just as Everton began to make ground in the second half, the Reds regained their two-goal cushion through Mohamed Salah, who took advantage of Seamus Coleman's mistake and ran through on goal before providing a subtle finish to roll the ball past Pickford to make it 3-1 to the visitors.

The Reds then consolidated their lead with a little over ten minutes left on the clock as Diogo Jota received Robertson' pass inside the box and turned in excellent fashion before smashing the ball past Pickford at his near post to seal a dominant 4-1 win for Liverpool.

Disclaimer: Video provided by SuperSport. The broadcaster may have geo-restrictions on the content. Liverpool highlights, goals and full match videos are provided and hosted by external sources. We help you discover publicly available material and act as a search engine. We do not host or upload this material and are not responsible for the content.
Share This Article