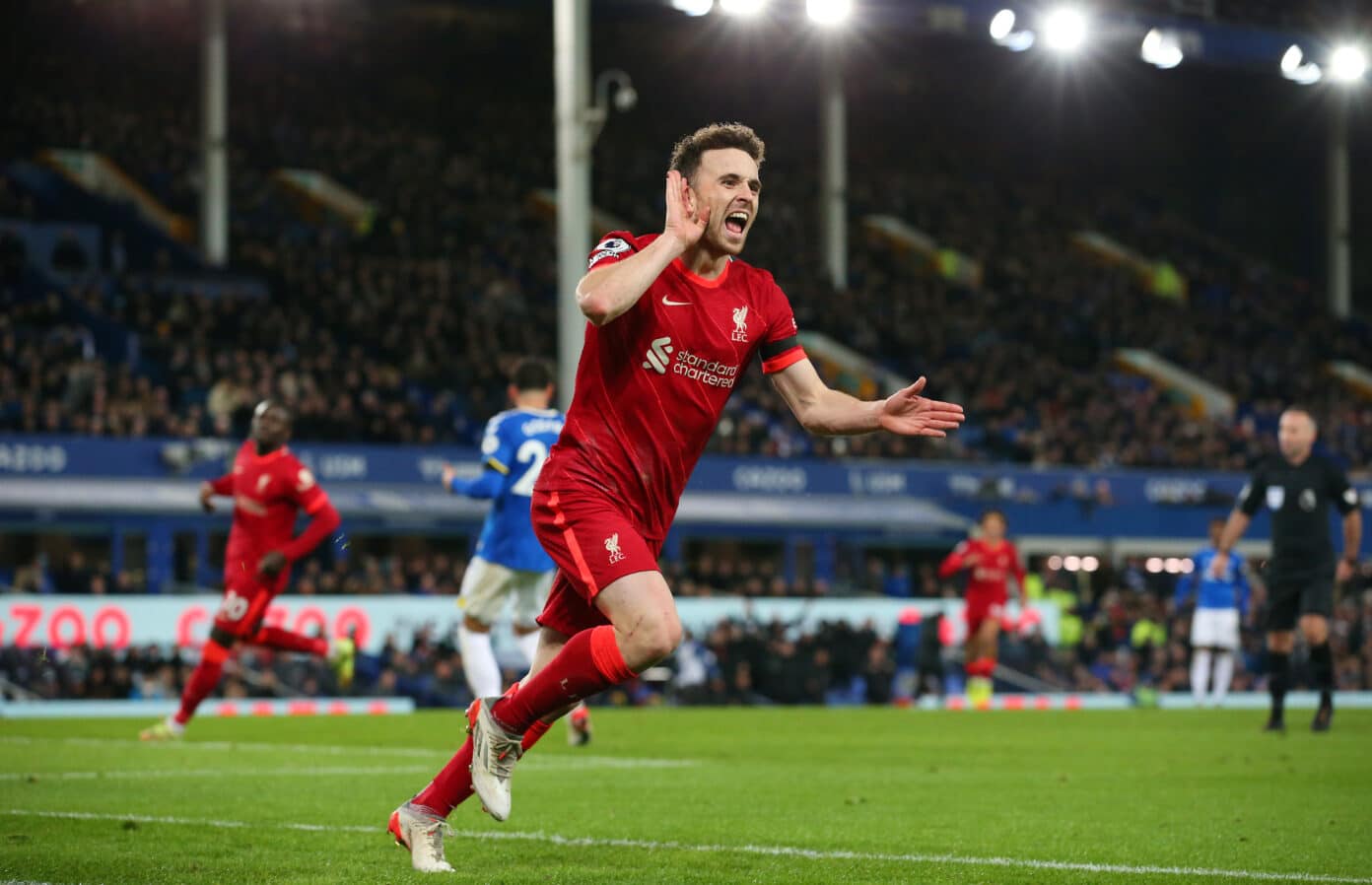 Liverpool beat Everton 4-1 in the 239th Merseyside derby on Wednesday night following a brace by Mohamed Salah and goals from Jordan Henderson and Diogo Jota.

Liverpool went 2-0 up inside the opening 20 minutes through two excellent finishes from Henderson and Salah, but Demarai Gray pulled a goal back for Everton before the break.

Salah netted his second of the game just after the hour mark to restore the Reds' two-goal advantage before Jota added a fourth to put to bed any hopes of a Toffees comeback.

The hosts were unable to mount a response as Liverpool cruised to a vital three points that sees them keep pace with title rivals Chelsea and Manchester City, who both earned victories in the other Premier League fixtures on the night. Next up for the Reds is a trip to Wolves on Saturday. 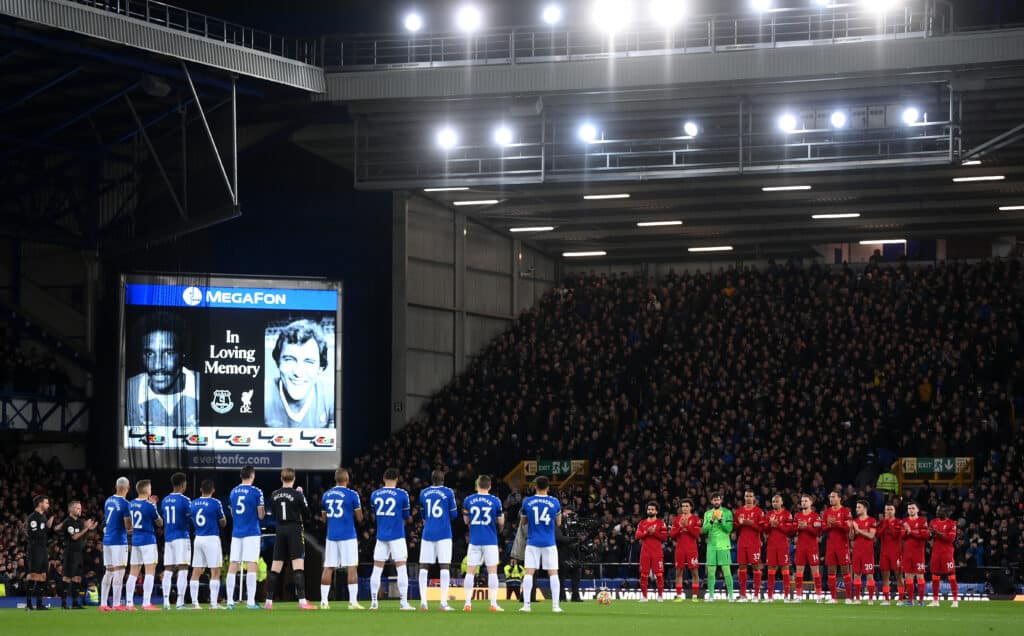 Jurgen Klopp made just the sole change to his side from the weekend as Joel Matip replaced Ibrahima Konate in the back-line, with the midfield trio of Fabinho, Thiago and Jordan Henderson continuing in the centre of the park.

Liverpool made a quick start out the blocks and could have found themselves 2-0 up inside three minutes, with an unmarked Matip nodding wide from a corner before Mohamed Salah's close-range prod at an excellent Diogo Jota cross went over the crossbar.

The Reds continued to place the hosts under pressure as Salah saw his low effort kept out well by Jordan Pickford, but the Everton goalkeeper could do nothing about Jordan Henderson's strike just a few minutes later.

Sadio Mane and Andy Robertson combined down the left as the latter burst into the box and pulled the ball back towards the edge of the box, with the Reds skipper running on to the ball and placing a left-footed finish into the bottom corner to put Liverpool 1-0 ahead inside the opening ten minutes.

Trent Alexander-Arnold's powerful strike from the edge of the box was blocked by Pickford before the Reds right-back was involved at the other end of the pitch, making a crucial interception to thwart Demarai Gray in the box. 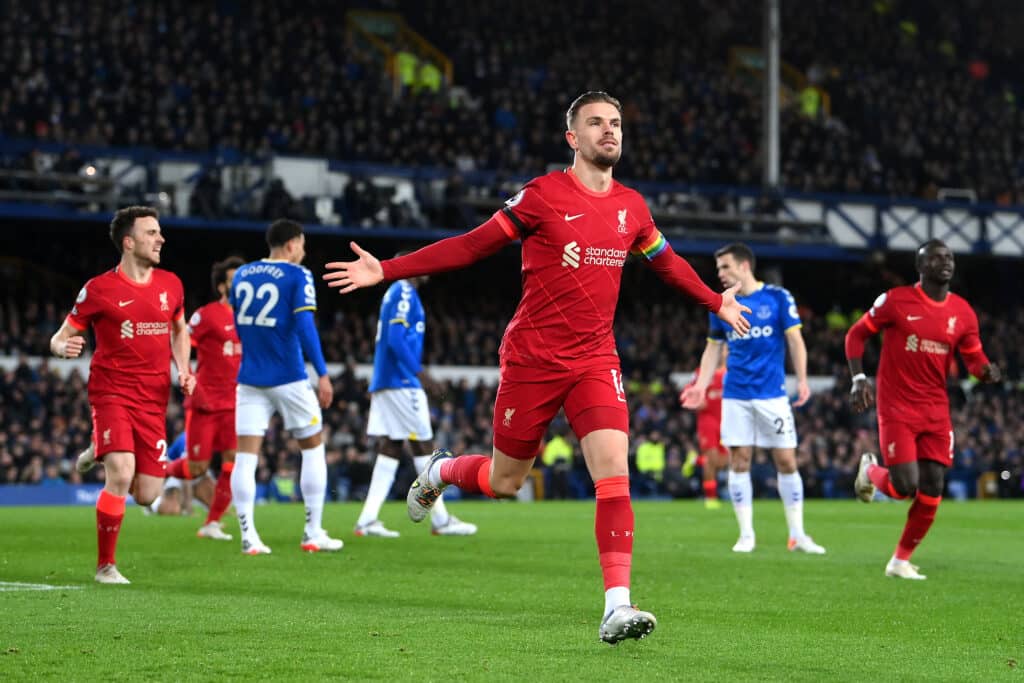 It didn't take long for Liverpool to double their lead, with a well-weighted pass by Henderson setting Salah on his way into the box before the Egyptian opened his body and placed the ball inside the far post to make it two - scoring the Reds' 500th goal under manager Klopp in the process.

The Blues began to feel their way into the game and they pulled a goal back through Gray, who got on the end of Richarlison's pass and slotted the ball under Alisson to make it 2-1 and give the hosts more than a glimmer of hope.

Some quick combination play between Salah and Henderson saw the latter stand the ball up for Mane at the far post, with the Senegal international having to generate all the power on his header, which was cleared by Ben Godfrey just ahead of his goalkeeper.

Abdoulaye Doucoure's strike from inside the box was blocked by Thiago just before the whistle blew for the break, with the Reds certainly in need of regrouping and composing themselves at half-time with the Blues on the up.

The Reds looked to start the second half as they did the first, with Mane finding acres of space inside the box following an incisive pass by Alexander-Arnold, but Godfrey managed to get around and cover as he blocked the Reds forward's strike. 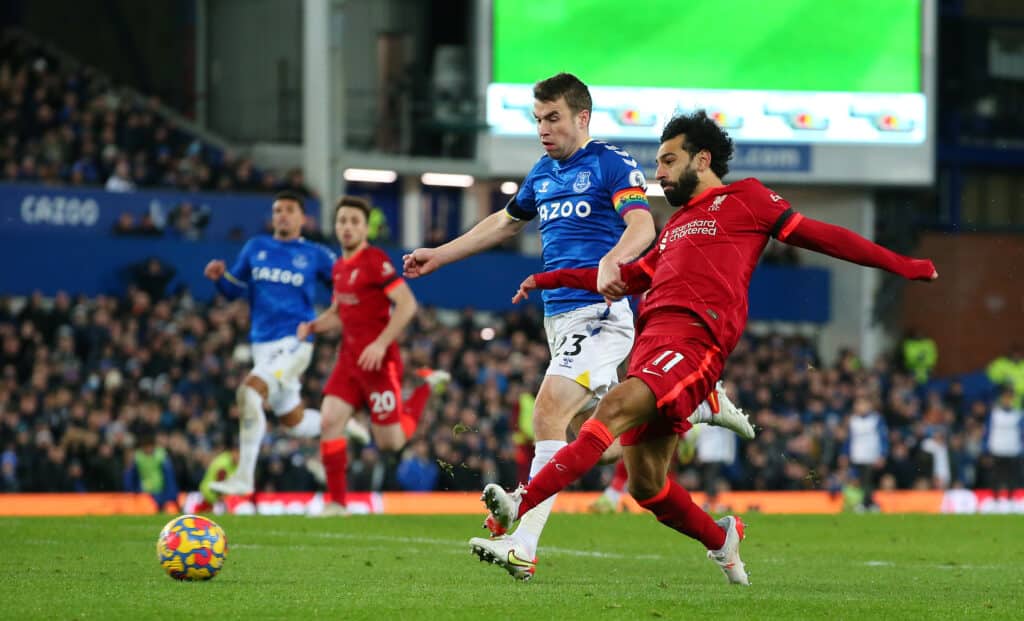 Virgil van Dijk took a rare free-kick at the edge of the box which hit the wall before the ball eventually fell towards Thiago, but the Spaniard's powerful effort lacked direction as it failed to test Pickford in goal.

The Reds restored their two-goal advantage just after the hour mark as Salah pounced on a mistake by last-man Seamus Coleman before showcasing his pace and deftly rolling the ball into the back of the net with a fantastic finish to make it 3-1 to Liverpool.

Klopp made his first substitution of the evening with a little over 15 minutes left on the clock, with Thiago making way for James Milner to slot alongside the dominant duo of Fabinho and Henderson in the middle of the park.

An incisive pass by Robertson was latched on to by Jota, who turned midfielder Allan inside the box before smashing the ball into the roof of the net with an excellent finish to beat Pickford at the near post and consolidate Liverpool's advantage.

Alex Oxlade-Chamberlain and Takumi Minamino were both late substitutes as Liverpool went in search of a fifth goal, but it ultimately finished 4-1 in the Reds' favour, who add another three points to their Premier League tally.