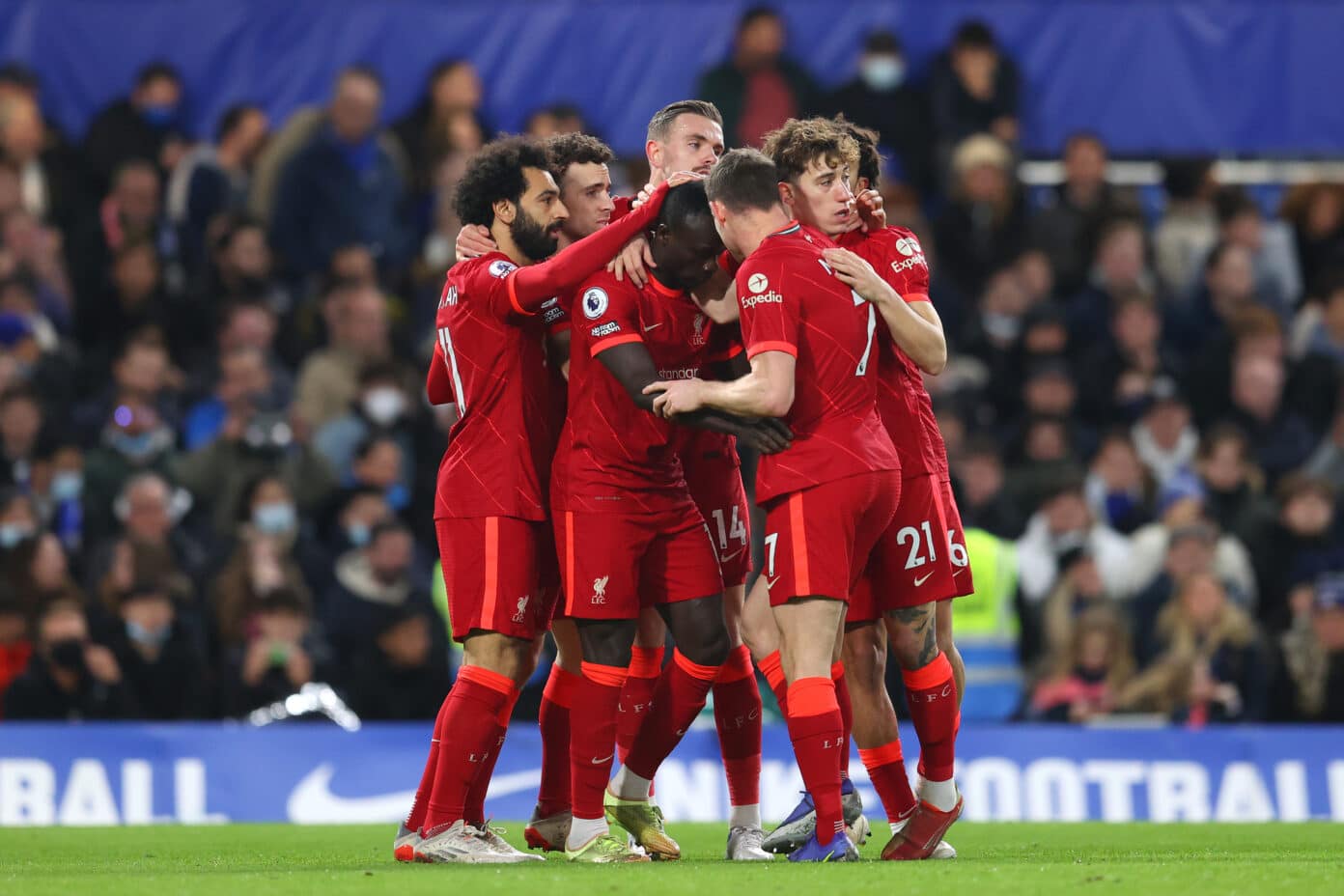 Liverpool let a two-goal lead slip out of their hands as they shared a point with fellow title rivals Chelsea after a 2-2 draw at Stamford Bridge.

Sadio Mane and Mohamed Salah had given Liverpool clear daylight with two fine finishes but late goals by Mateo Kovacic and Christian Pulisic restored parity for the hosts at the break.

It was an equally engaging second half as both sides looked to go in search of a winner, with chances for Salah and Mane along with Havertz for the Blues.

But it wasn't to be as it finished a point apiece at 2-2, which does little to help either side given Manchester City's trendsetting ways at the top of the table. The Reds remain in third, a point below Chelsea having played a game less. 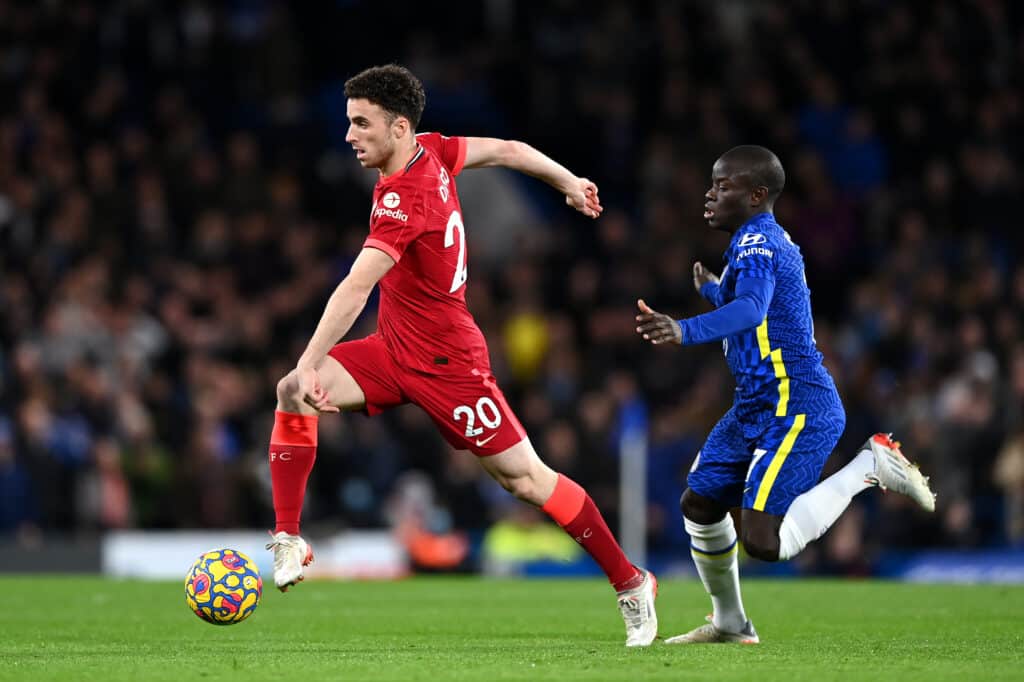 In Jurgen Klopp's absence, Pep Lijnders led a Liverpool side with three changes as Caoimhin Kelleher, Ibrahima Konate and James Milner came into the starting eleven. Alisson, Joel Matip and Roberto Firmino were not involved after returning suspected positive COVID-19 tests during the week.

Sadio Mane earned a booking inside the first 15 seconds of the game after a coming together with Cesar Azpilicueta, with the Reds winger having to be cautious with his usual relentless pressing for the remainder of the game.

Liverpool found it difficult to get into their stride in the early exchanges as Thomas Tuchel's side dominated the ball, but the first real chance of the evening came the Reds way after an error by the Blues saw Mane burst down the left on the counter and square the ball for Mohamed Salah, who forced Edouard Mendy into a good low save.

Kelleher was called into action at the other end as he made a crucial intervention to deny a certain opener from the hosts after a Trent Alexander-Arnold mistake, with the Reds goalkeeper falling at the feet of Christian Pulisic to thwart him from close range.

Mane, who scored a brace in the Reds' last outing at Stamford Bridge, found himself on the scoresheet after yet another error - this time by Trevoh Chalobah - with the Senegal international being played through on goal after a poor attempted clearance. 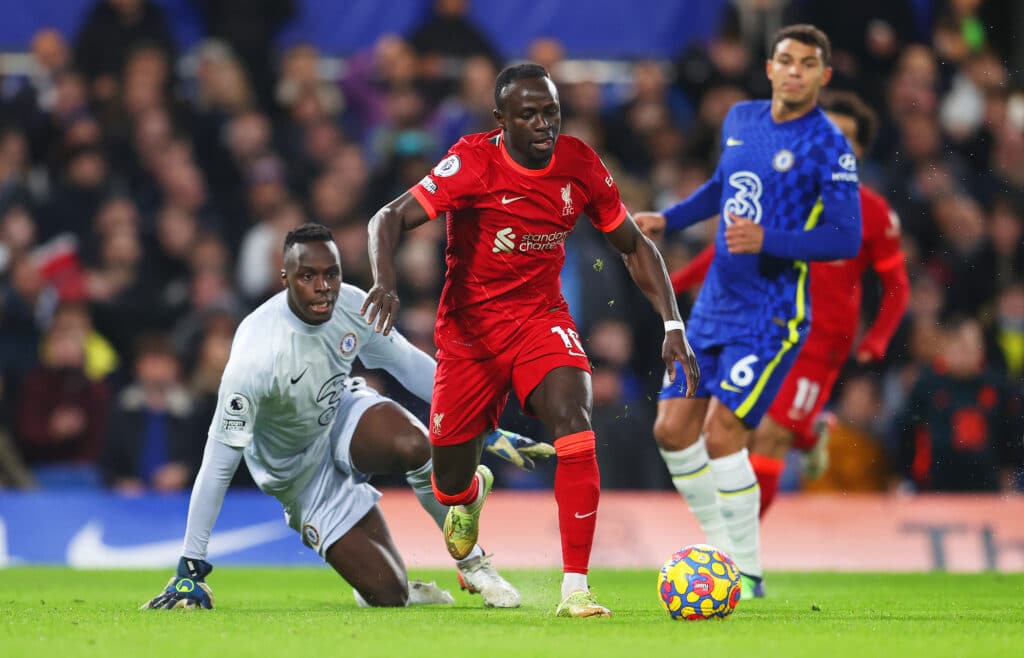 The ball fell to Mane as he feigned to shoot and expertly took the ball around the advancing Mendy before finding the back of the net with an excellent low finish to make it 1-0 inside the first nine minutes.

Tuchel's side continued to enjoy the greater share of possession as they went in search of a leveller, but the Reds defence held firm despite their notoriously high-line giving the hosts encouragement in particular moments.

Liverpool began to see more of the ball midway through the half and it didn't take long for them to make it count as they doubled their advantage in excellent fashion to go into pole position.

A well-worked move down the right saw Alexander-Arnold feed the ball through to Salah, who burst into the box and beat Marcos Alonso on the outside before cutting in and slotting the ball inside Mendy's near post to net a magnificent 23rd goal of the season in all competitions.

Liverpool looked fairly comfortable in the following minutes but their lead was halved before the break as the hosts pulled one back with a spectacular volley from Mateo Kovacic. 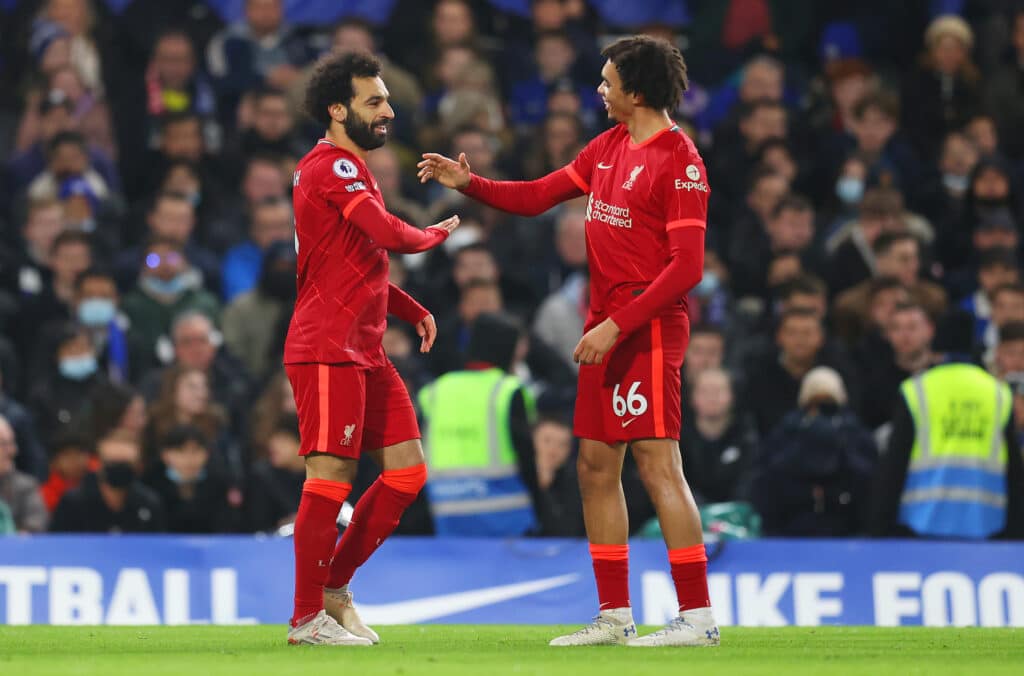 Kelleher got a strong hand to Alonso's direct in-swinging set-piece as the ball landed at the feet of Kovacic outside the box, with the Croatian putting his foot through the ball and expertly finding the top right corner, leaving Kelleher with no chance.

It was end-to-end action in the final stages of the half and Chelsea used it to their advantage as Christian Pulisic ran onto N'Golo Kante's incisive pass before finding the top corner past Kelleher to make it 2-2 at the break.

Chelsea threatened at the start of the second half and could have found themselves ahead had Alonso conjured up a better finish on his weaker foot, with the left-back cutting inside and failing to find the top corner after getting in behind a passive Reds defence.

A good run by Fabinho saw him carve through the midfield and play an incisive pass towards Mane, who was in an offside position but took over the ball ahead of the better-positioned Salah before cutting inside into traffic, only for the linesman to raise his flag.

Salah nearly beat Mendy from long range after spotting the Blues goalkeeper a touch off his line, but Mendy was up to the task to deny the Egyptian in stellar fashion. The goalkeeper also thwarted Mane's attempt a minute later after the winger had burst into the box and got a powerful strike in on goal.

There was a ferocious pace to the game and Pulisic could have put the hosts in the ascendency after meeting Mason Mount's cross, but Kelleher got a strong hand on his effort to palm the ball away.

With a little over 20 minutes left on the clock, the Reds made their first changes of the evening as Alex Oxlade-Chamberlain and Naby Keita came on to replace Jota and Milner in a like-for-like swap. 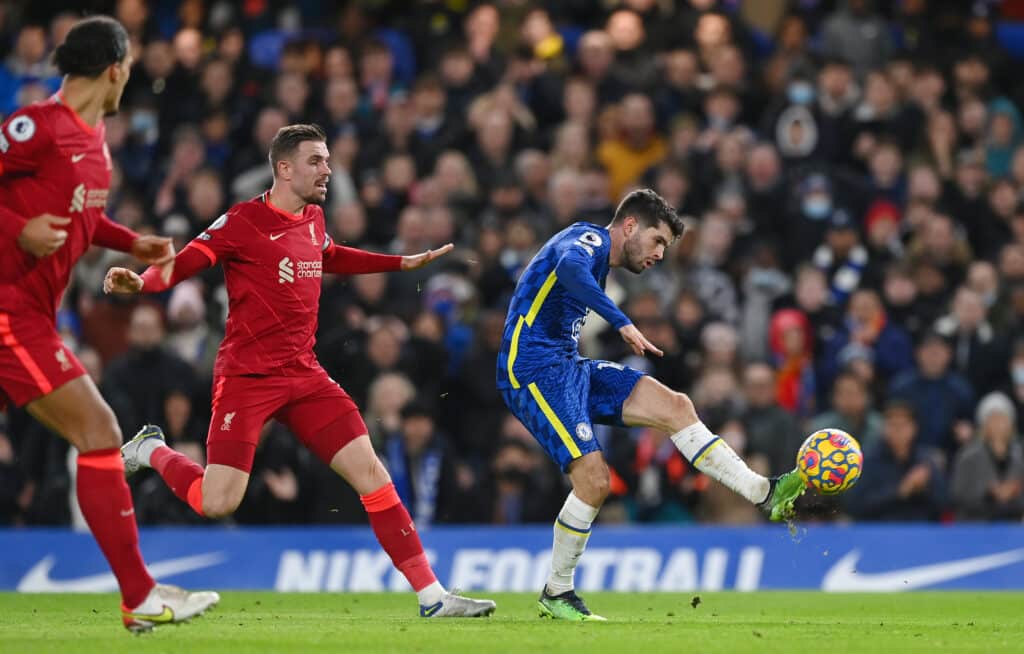 Both sides went in search of a winner but it wasn't to be as it finished 2-2 - a disappointing result for both sides, with Manchester City the clear winners of the night. The Reds remain a point behind Chelsea and 11 points behind league-leaders Man City, although they have played a game less.