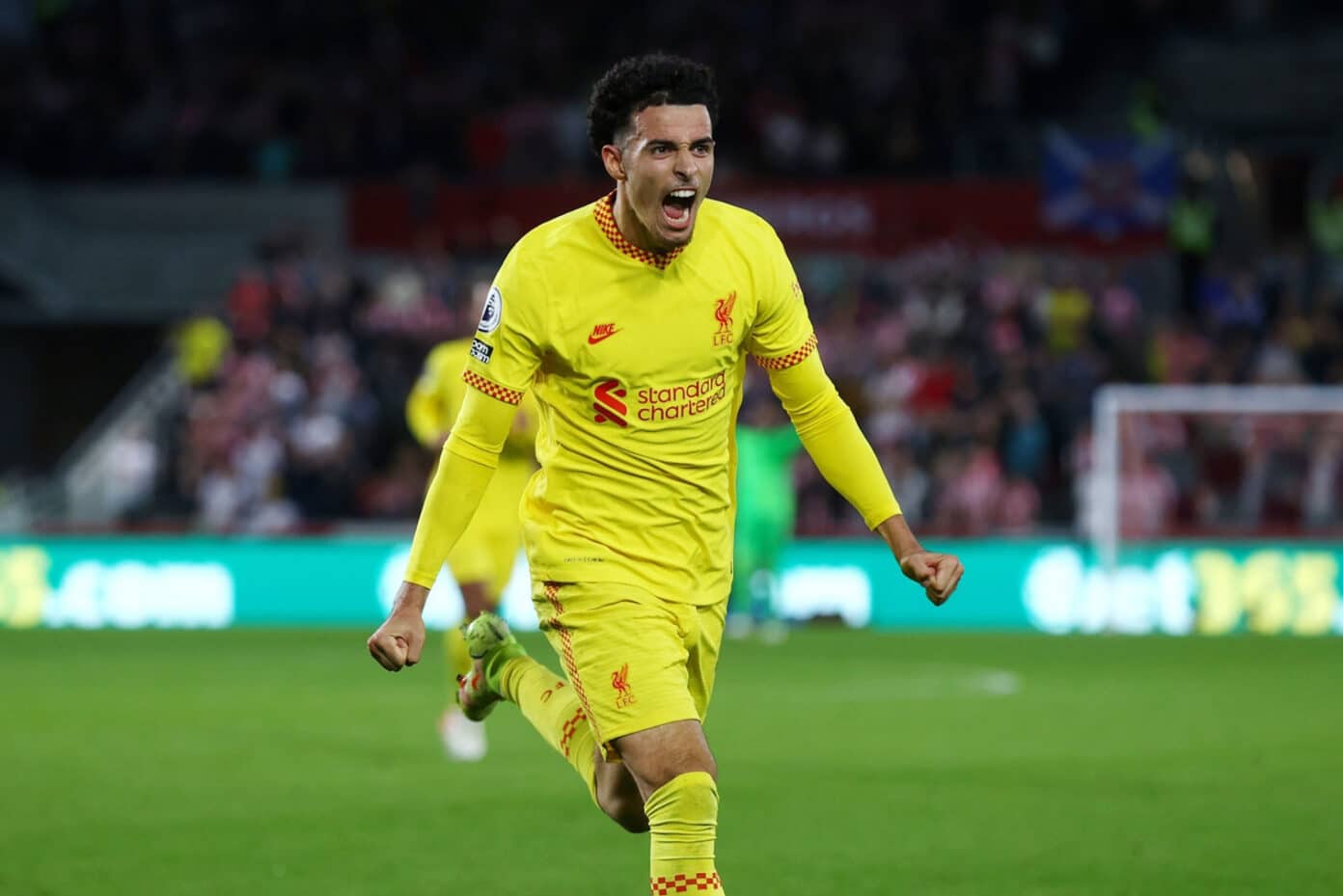 Brentford vs Liverpool highlights: Watch the goals and highlights as Jurgen Klopp's side were held to a 3-3 draw by Brentford on Saturday afternoon.

The Reds boss changed the entirety of his defence and forward line from midweek's makeshift side against Norwich, with only Curtis Jones keeping his place to partner Fabinho and Jordan Henderson in the middle of the park.

Both sides could have counted themselves unlucky to have not taken the lead after a lively opening 20 minutes that saw goal-line clearances at either end.

Mohamed Salah's poke through goalkeeper David Raya's legs looked to have given the Reds an early lead, but the Egyptian was denied by Kristoffer Ajer's last-ditch clearance.

Meanwhile, Joel Matip was forced into making an equally important clearance for Liverpool as Bryan Mbeumo linked up with fellow forward Ivan Toney before dinking the ball over Alisson to nearly give the hosts the lead.

Brentford eventually found themselves ahead mid-way through the half following a set piece as Toney's near-post flick-on was tapped into the back of the net by centre-back Ethan Pinnock to make it 1-0 to the West London side.

Liverpool responded well to the Bees' opener and it took them less than four minutes to restore parity. Henderson's cross from the right superbly picked out Diogo Jota, who made no mistake with his header to equalise for Jurgen Klopp's side.

The Reds could have taken the lead minutes before the interval, only for the post to deny Jones' deflected effort before Jota saw his follow-up from the rebound superbly saved by Raya to keep the score at 1-1.

Liverpool had early signs of encouragement at the start of the second half and it took them less than ten minutes to find a crucial second of the game as they made it 2-1 through a superb Salah goal.

Fabinho's pin-point ball over the top was met by the Reds' No.11, who took on the shot first-time and volleyed into the back of the net, only for the assistant referee to disallow the goal for offside.

However, VAR overruled the onfield decision as cameras showed Salah was played onside at the far end of the pitch, with the goal allowed to stand and the Reds' talisman netting his 100th Premier League goal for Liverpool.

Liverpool's joy was cut short just after the hour mark as Pontus Jansson's effort crashed against the crossbar before ultimately landing on Vitaly Janelt's head to nod the ball home despite Trent Alexander-Arnold's best efforts on the goal line.

But the Reds weren't deterred in their attacking endeavours and they responded with a little over 20 minutes left as Jones cut in from the left and crashed the ball into the back of the net by beating Raya at the near post with a deflected effort to make it 3-2.

But the Bees kept going despite Liverpool threatening to pull away via chances for Salah and Sadio Mane, and the hosts clawed back to level the scores less than ten minutes from time.

Substitute Yoane Wissa calmly dinked the ball over Alisson from inside the six-yard box to make it 3-3, with the Reds unable to surmount a sufficient response as they dropped two points on the road in what was a thrilling encounter.