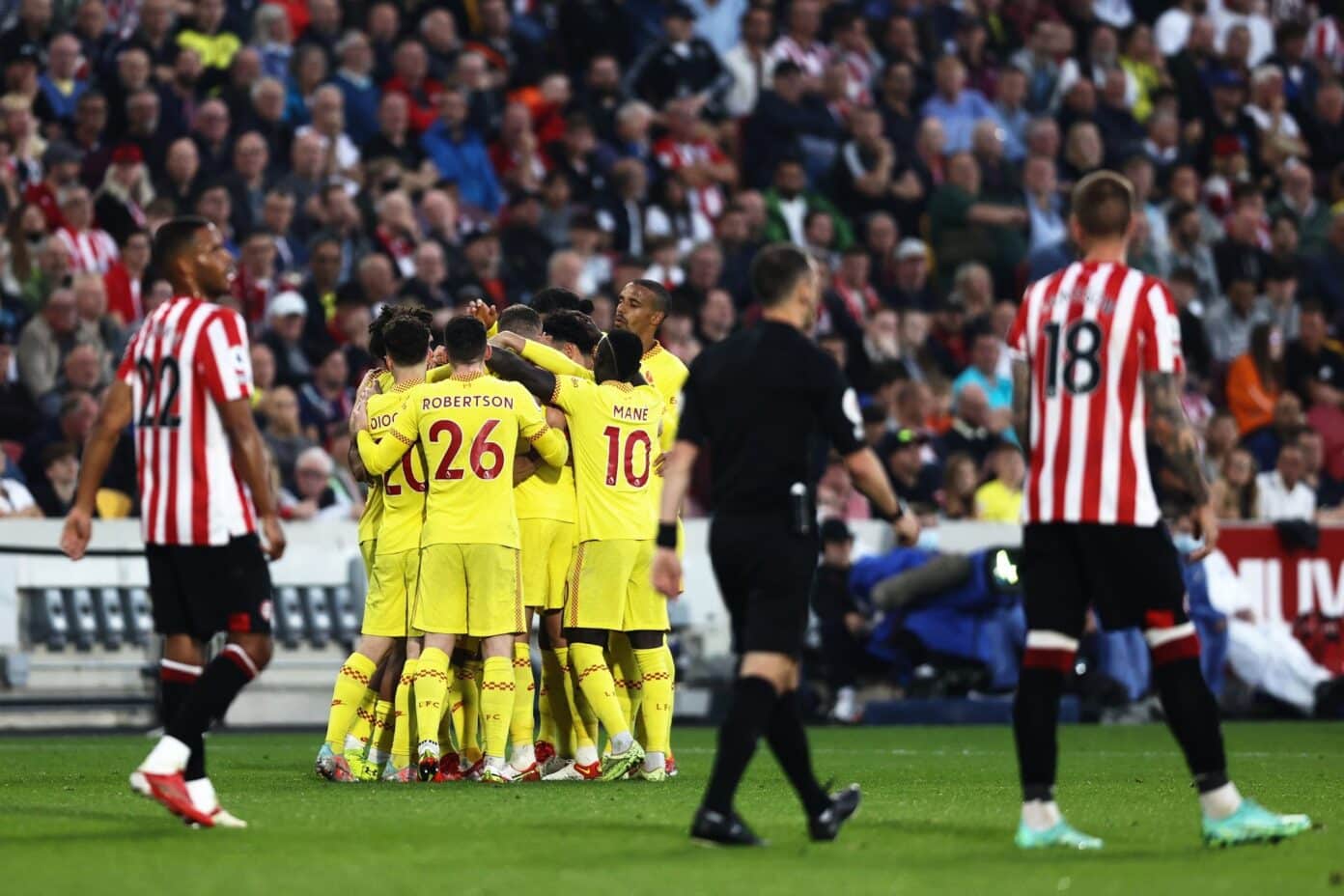 Liverpool were made to settle for a point after playing out an enthralling 3-3 draw with newly-promoted side Brentford on Saturday afternoon.

It was a compelling first 45 minutes between the two sides as they went into the break on level terms. Ethan Pinnock's opener was cancelled out by Diogo Jota, who was unlucky not to score a second towards the latter stages of the half.

The second half was a rollercoaster as Salah put Liverpool 2-1 up early on, only for Vitaly Janelt to equalise for the hosts just after the hour mark.

A superb strike by Curtis Jones powered into the back of the net following a deflection as the Reds looked likely to hold on for the win, only for the hosts to equalise in the final ten minutes through substitute Yoane Wissa to take two points off the Reds. 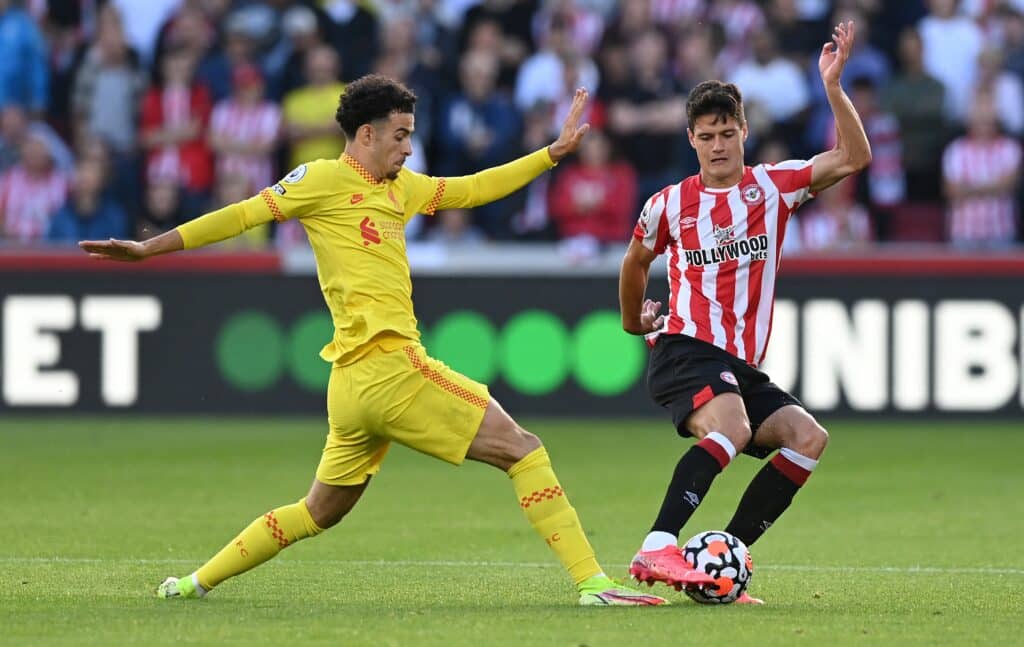 Jones was the only player to keep his place from midweek's League Cup win over Norwich as Jurgen Klopp reshuffled his pack with a further ten changes to restore his big guns.

Liverpool were denied inside the opening ten minutes as Brentford's record signing, Kristoffer Ajer, agonisingly stretched and cleared off the line to save a certain Mohamed Salah goal. It followed outstanding work by Jones to initially win the ball before Diogo Jota expertly timed the through ball to the Reds' No.11.

The hosts responded well to the Reds' early threat as frontmen Ivan Toney and Bryan Mbeumo showed more than enough attacking impetus to have the Reds worried.

The two linked up to create an opening for Mbeumo, who dinked Alisson after being fed through one-on-one, but Joel Matip got back on the line in the nick of time to clear the ball to safety.

Liverpool appeared to lose their early momentum and they were soon made to pay for their lack of intensity as a well-worked set-piece routine by the hosts saw Toney flick the ball on for Ethan Pinnock to run in at the back-post and turn the ball home. But the Reds didn't take long to get back on level terms as Jota rose in familiar fashion to head the ball into the back of the net from skipper Jordan Henderson's pin-point cross.

Liverpool were unlucky not to grab a second when Jones' strike from outside the box was deflected onto the post before landing in Jota's path, but the Portuguese's follow-up was saved by goalkeeper David Raya to keep the scores level at the break.

A threatening ball by Andy Robertson inside the opening five minutes of the restart saw Henderson inches away from making contact with a glancing header at goal, with Jota unable to collect the ball after it reached him somewhat unexpectedly.

But the Reds silenced the home supporters as Fabinho's lofted pass was volleyed home by Salah from close range. The assistant originally flagged for offside but VAR overturned the decision in the Reds' favour, with Salah reaching the milestone of 100 Premier League goals in a Liverpool shirt.

But despite Liverpool's dominance in the second half, Thomas Frank's side bagged an equaliser just after the hour mark through Vitaly Janelt, whose header evaded Trent Alexander-Arnold on the goal-line as the hosts made it 2-2. The Reds found themselves back in the lead just four minutes later, however, as Jones collected the ball on the left and sent a sweet strike into the back of the net with the aid of an Ajar deflection, with the Reds going ahead with a little over 20 minutes left on the clock.

It was Jones' last contribution of the night as Roberto Firmino was introduced from the bench following his return from injury that has seen him sidelined since last month.

Salah had a glorious chance to make it 4-2 but he inexplicably dinked his finish over the crossbar despite looking certain to find the back of the net. Moments later, Sadio Mane went close after Salah turned provider, but the Senegalese could also only blaze over the crossbar.

Liverpool were made to pay for not finding their clinical touch, with Brentford levelling the scores just eight minutes from time. The ball bounced around near the Reds' six-yard box before substitute Yoane Wissa beat Alisson and looped the ball over the Brazilian to make it 3-3.

The hosts then thought they had taken the lead through Toney, who neatly finished down to Alisson's left, only for the linesman to correctly flag for offside.

There were chances for both sides in the latter stages but neither side could find the seventh goal of the game as the Reds were held to a 3-3 draw.