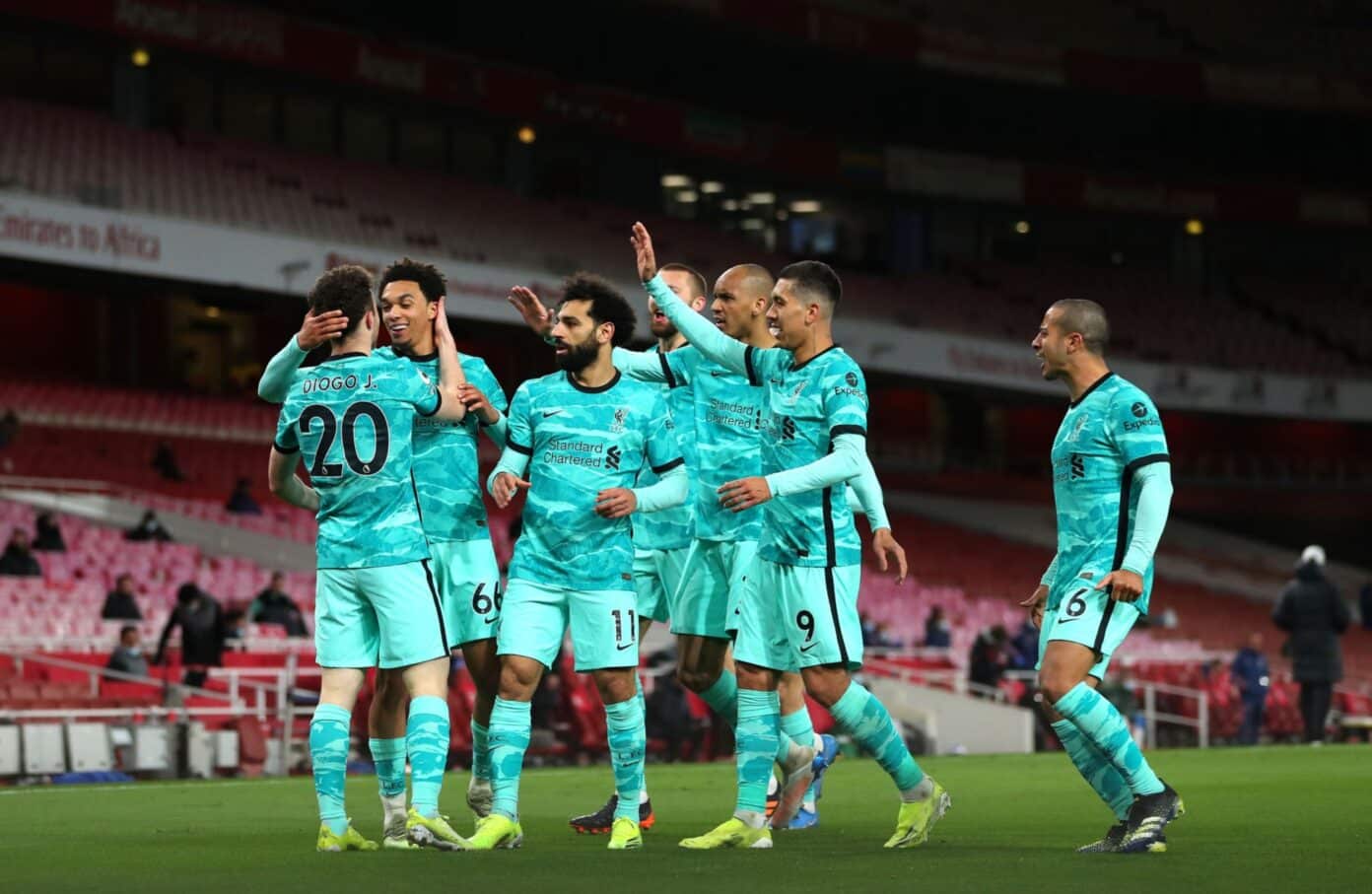 Liverpool put in a dominant performance at the Emirates as a brace from substitute Diogo Jota and a Mohamed Salah goal gave the Reds a well-deserved 3-0 win.

The Reds were by far the better side in the first half, with 65% of the ball, but for all their domination they had just the one effort at goal as the two sides went into the break level.

But Liverpool found their finishing touch after the break as substitute Diogo Jota scored twice and Mohamed Salah got on the scoresheet to give Jurgen Klopp's side a 3-0 win.

The result means Liverpool move up to fifth in the table, just two points off fourth-placed Chelsea with another eight games left in the Premier League this season. 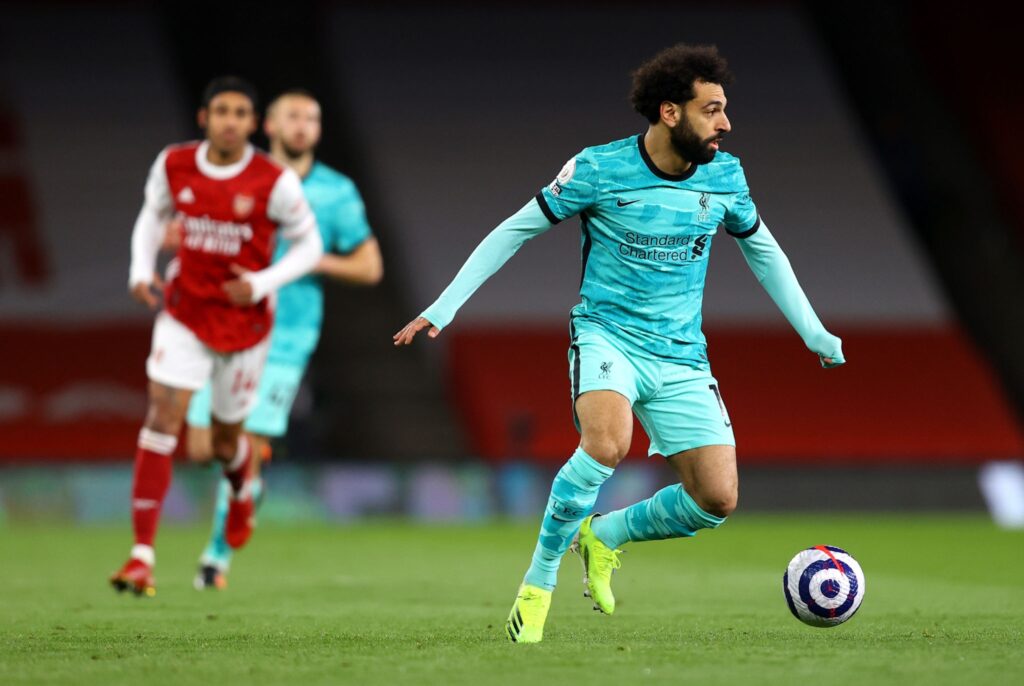 The Reds boss offered rests to Gini Wijnaldum and Diogo Jota following their exploits over the international break, with James Milner and Roberto Firmino starting from the off.

Liverpool made a confident start as they dominated possession but, barring two wide efforts from Milner and Fabinho at the edge of the box, chances were hard to come by in the opening 15 minutes as the hosts did well to intercept the Reds before getting in behind.

The combination of Fabinho, Thiago and Milner saw the Reds nullify Arsenal in the middle of the park as the half wore on and the Reds began to create glimmers of opportunities as they started to get the better of the hosts' defence.

Sadio Mane diverted Milner's lofted pass towards the Arsenal goal, but the Reds forward failed to get any power on his header as Bernd Leno collected with ease.

Mohamed Salah could have given the Reds the opener after a quick break down the left by Mane, but the Egyptian was put off by Gabriel's attempted interception from Mane's cross as a golden chance went begging.

Quick feet from Firmino saw him create space just outside the box as he drilled an effort at goal, but his shot went wide of the post in another let-off for the hosts.

Clever play down the right between Firmino and Trent Alexander-Arnold saw the latter pull the ball back for the awaiting Milner at the edge of the box, but the Reds' vice-captain skewed his effort wide of the post, just as Firmino did in the Reds' previous attack. 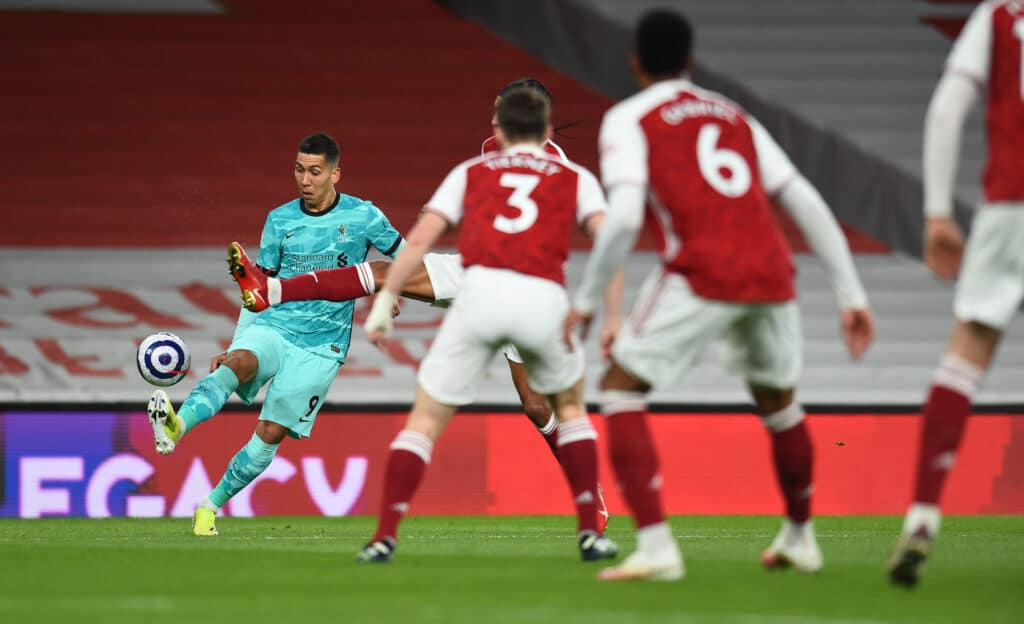 The second half started with Arsenal on the front foot, but the Reds quickly gained the upper hand once again as they settled into the same rhythm of the opening 45 minutes.

Salah was found in space inside the box from an accurate low cross by Alexander-Arnold, but the Egyptian couldn't show his cool as he tentatively prodded at the ball and saw his shot easily snuffed out.

With an hour on the clock, Andy Robertson was a surprise withdrawal as Jota came on to replace the Scotsman. Milner made the move to left-back, whilst Firmino slotted into the middle of the park to make way for Jota through the middle.

The Portuguese forward made an instant impact as an excellent delivery by Alexander-Arnold was met by Jota, who turned the ball home with a fantastic header to give Liverpool a much-deserved lead. 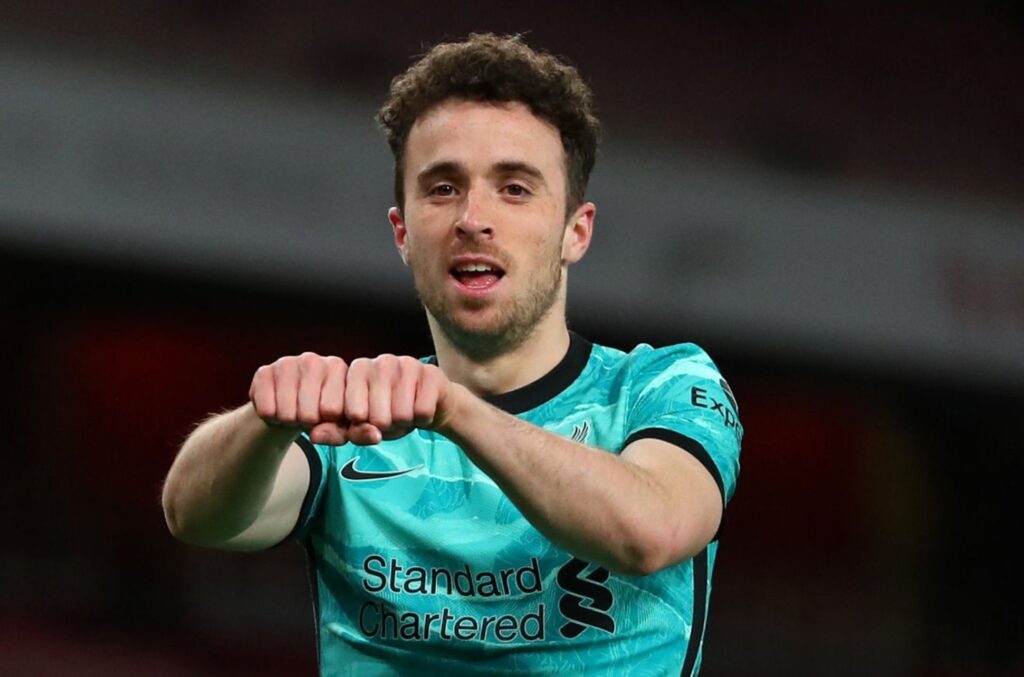 The Reds remained in the ascendancy and soon doubled their advantage as Salah found a way through past Gabriel on the right and calmly finished through Leno's legs to make it 2-0.

Firmino made way for Gini Wijnaldum as Klopp looked to consolidate his side's total dominance. The hosts struggled to mount anything in response and the Reds rounded things off in the final ten minutes.

Salah's ball into the box was touched by Mane before Jota arrived late and took over to slot the ball into the back of the net, sealing all three points for the Reds.

With one eye on Real Madrid in midweek, Rhys Williams came on for Ozan Kabak in the final minutes as the Reds cruised to victory, which never looked in doubt.

The manner of victory should provide Liverpool a much-needed confidence boost as they head into the final two months of their campaign, with Klopp's side now just two points off a place in the top four.