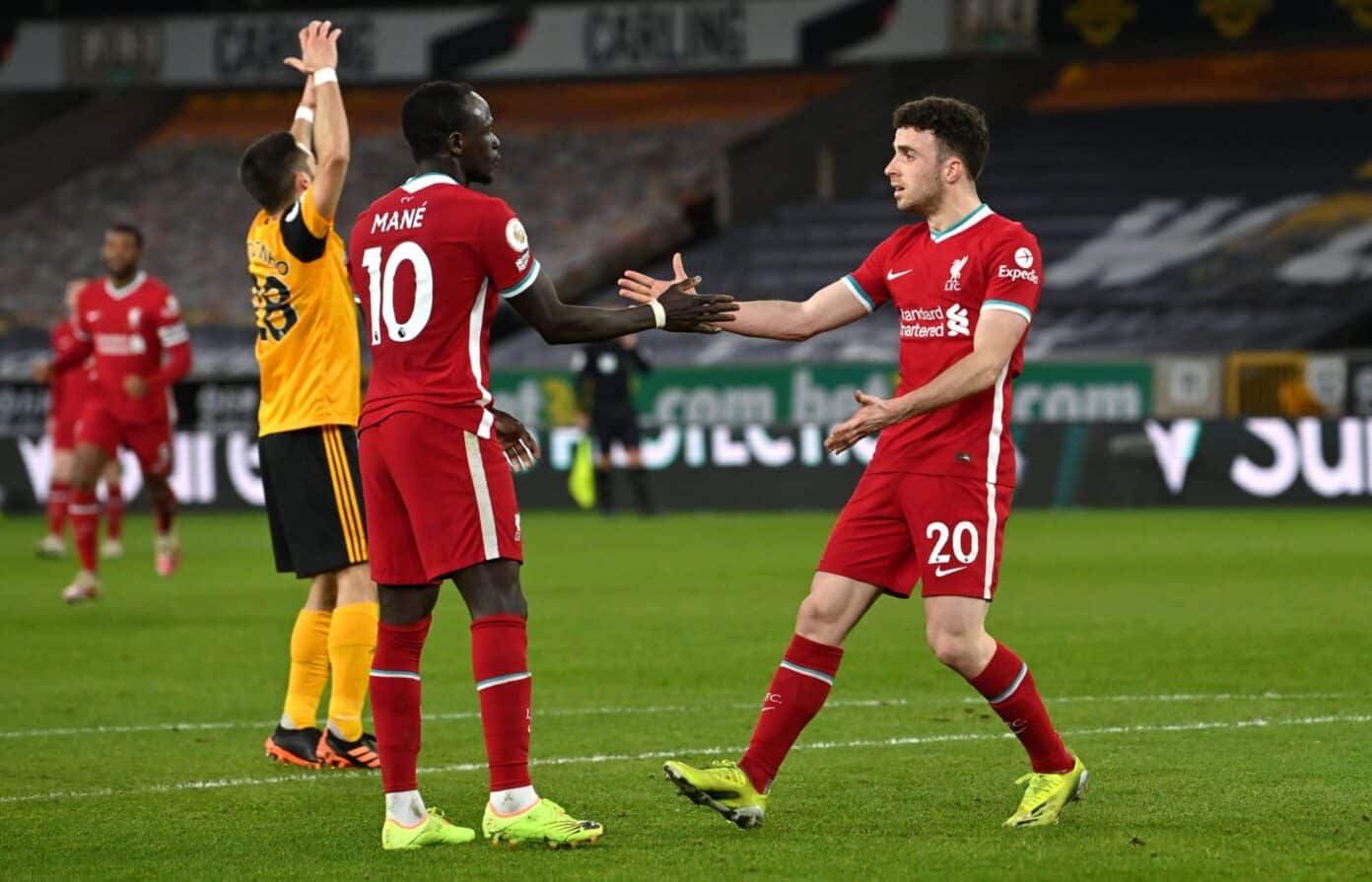 Wolves vs Liverpool highlights - Watch the goals and highlights as the Reds secured a much-needed victory against Wolverhampton Wanderers on Monday night.

Jurgen Klopp named an unchanged side from the one that beat RB Leipzig in midweek as Fabinho continued in midfield and Diogo Jota started alongside Sadio Mane and Mohamed Salah in the attack.

The Reds made a poor start which encouraged the hosts on to them, with the likes of Adama Traore and right wing-back Nelson Semedo causing Liverpool plenty of problems down their left.

But Liverpool played themselves into the game as the half wore on and began to look likelier of the two sides to take the lead, with Sadio Mane coming close on more than one occasion.

Wolves looked to end the half strongly but Liverpool took advantage as Salah and Mane combined in attack before former Wolves forward Jota finished off the chance with a superb finish past Rui Patricio to put the Reds 1-0 up at half-time.

Liverpool struggled to keep the ball for any sustained periods in the second half, with the front three unable to create any chances on the counter-attack against a well-drilled Wolves side.

The hosts had more than a few efforts at goal but the Reds did well to keep them at bay, with the Wolves attack unable to get the better of Nathaniel Phillips and Ozan Kabak in the hart of the Liverpool defence.

Salah had a goal ruled out for offside as the game came to a long pause in the final five minutes, with goalkeeper Patricio being given medical attention after suffering a horrible knock to his head as a result of attempting to thwart Salah's close-range strike.

The Reds eventually saw out the closing stages without any further hiccups, with the result taking them to sixth in the table, five points off a top-four spot.