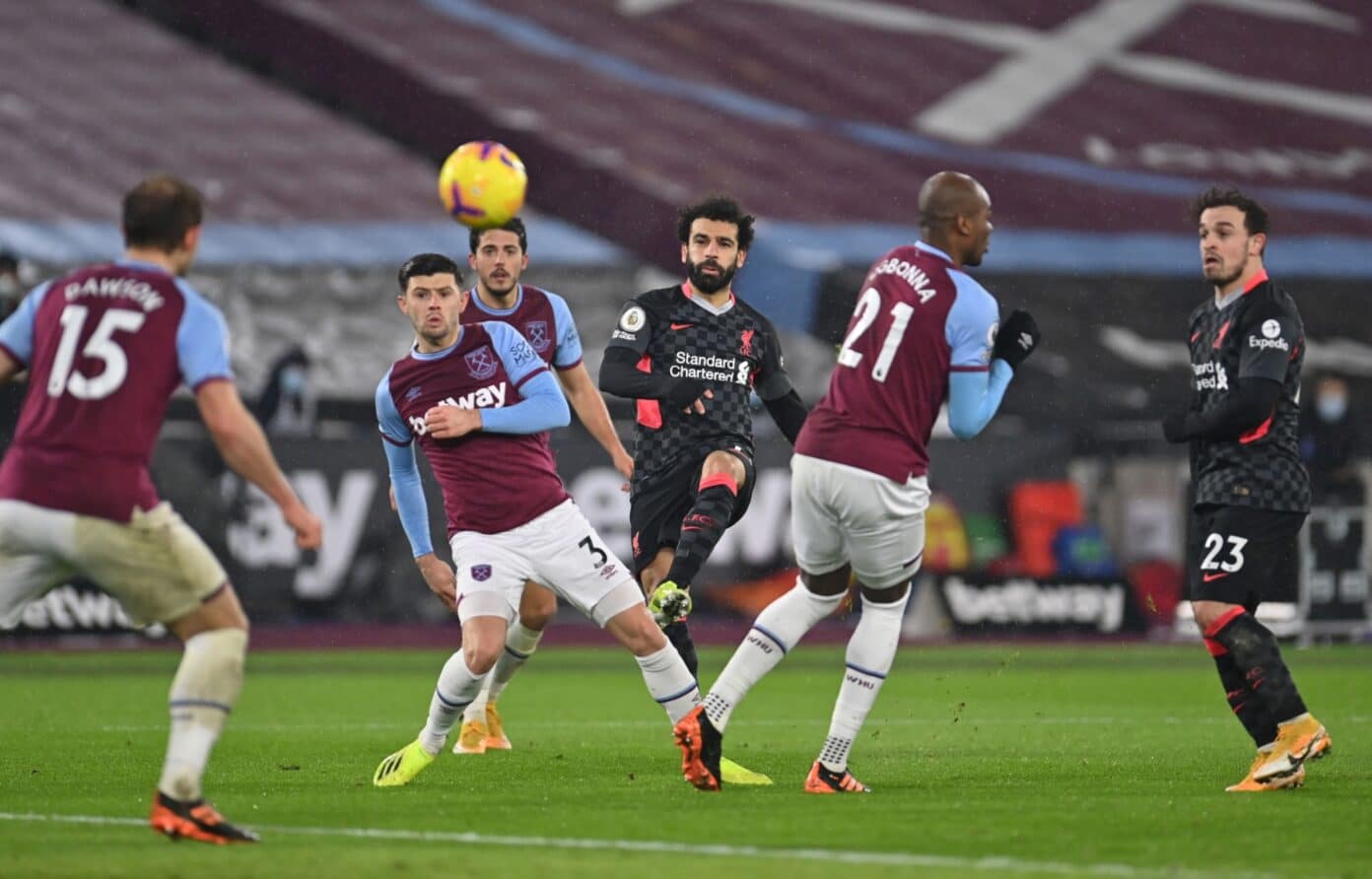 West Ham vs Liverpool highlights - Watch all the goals and highlights as Liverpool ran out 3-1 winners against the Hammers on Sunday.

Sadio Mane missed out due to a minor muscle injury whilst Roberto Firmino started from the bench. Xherdan Shaqiri and Divock Origi both came into the side whilst Nathaniel Phillips slotted in alongside Jordan Henderson in defence.

Liverpool lined up with a diamond in midfield and the extra main paid dividends as they nullified the hosts' threat for much of the game and controlled possession for large spells.

But despite all their dominance, the Reds were unable to find a breakthrough in the first half as the Hammers dealt with Liverpool's frontline.

But the Reds started the second half well and finally scored the crucial opener just before the hour mark as substitute Curtis Jones found Mohamed Salah after a good move, with the Egyptian cutting inside and curling the ball into the far corner to make it 1-0.

The Swiss international played in an equally excellent ball to Salah, who took a touch and subtlety finished into the back of the net to make it 2-0.

Gini Wijnaldum netted from close-range after being set up by substitute Firmino as Liverpool looked back to their ruthless and silky best.

West Ham pulled one back from a corner as Craig Dawson netted but it was too late for the hosts as the Reds secured all three points to go back to third in the Premier League table.