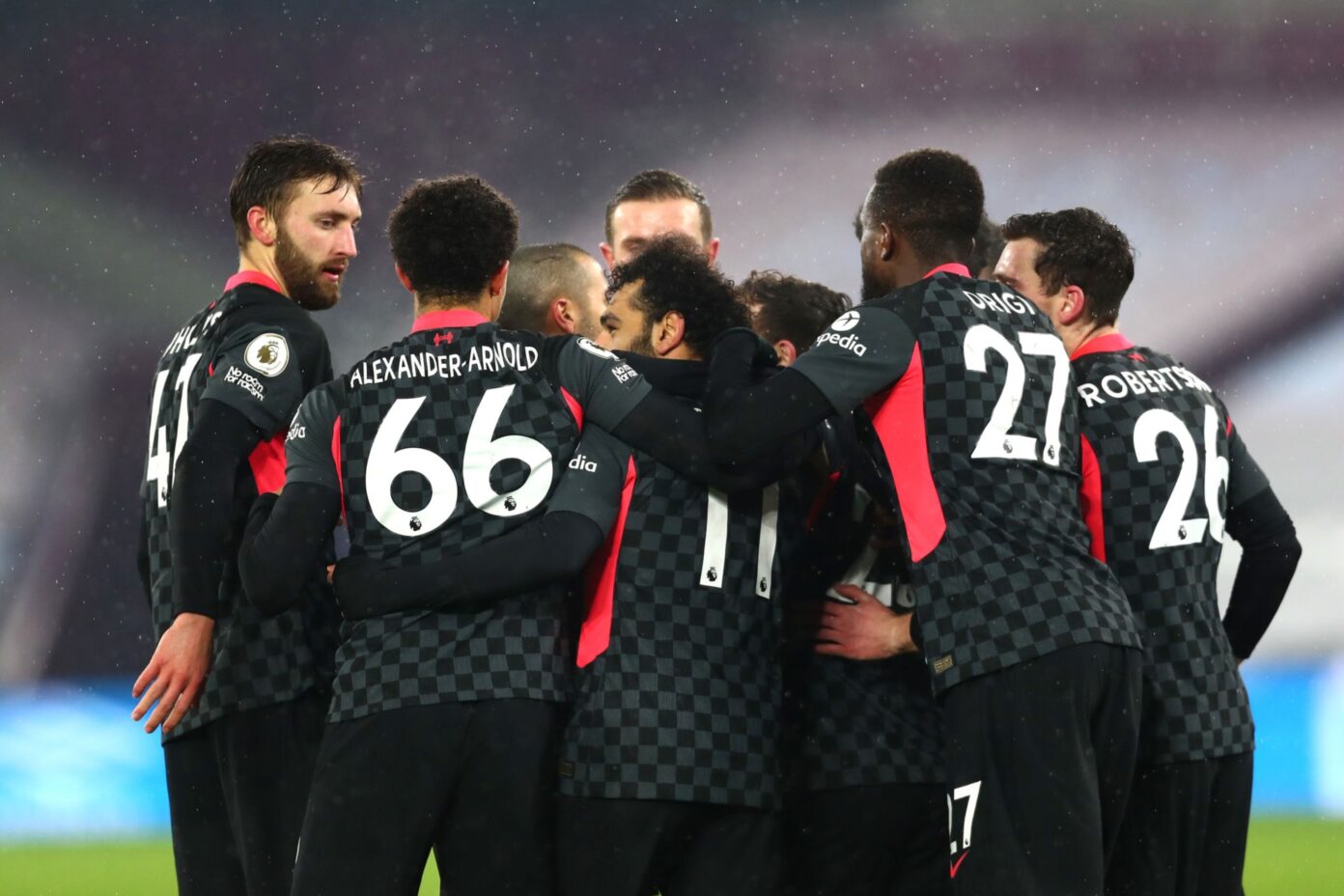 Mohamed Salah and Gini Wijnaldum netted as Liverpool beat West Ham 3-1 to go above Leicester in the Premier League table.

Liverpool put in a bright performance in the first half but failed to create many clear-cut chances as West Ham did well to keep the Reds at bay at half-time.

But Mohamed Salah scored two excellent goals in the second half to put Liverpool ahead before Gini Wijnaldum sealed all three points late on. Craig Dawson scored a consolation goal for the hosts.

The result sees the champions move above Leicester into third place in the Premier League, with Liverpool now just four points adrift of league-leaders Manchester City before the two sides meet next week. 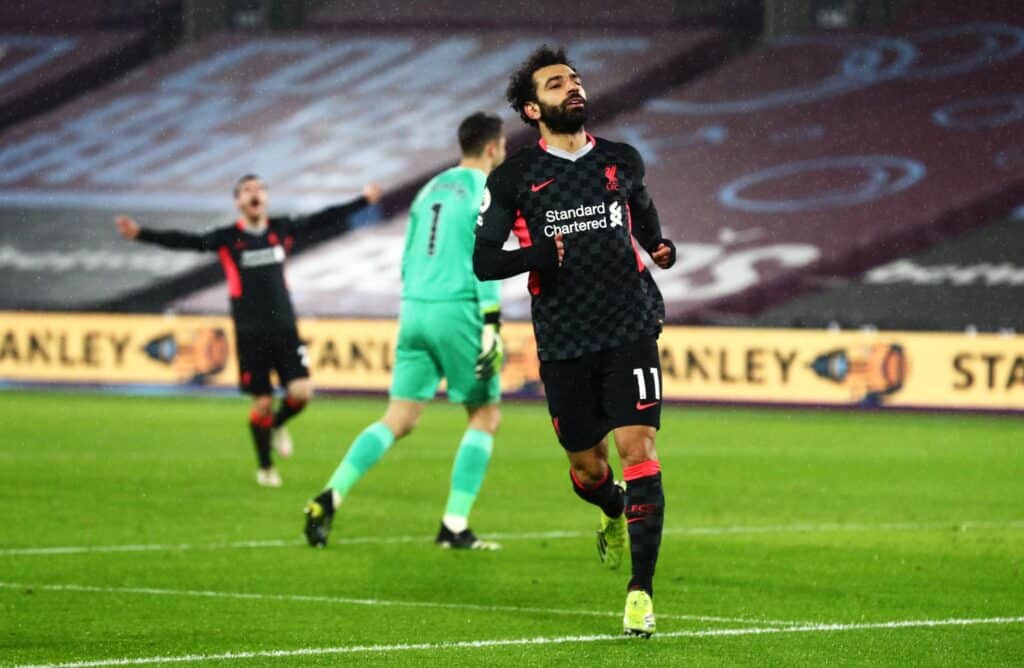 Jurgen Klopp made three changes as Nathaniel Phillips, Xherdan Shaqiri and Divock Origi returned to the side. Sadio Mane was absent due to a "minor" muscle injury whilst Roberto Firmino started on the substitutes bench.

The Reds, who lined up with a diamond in midfield, looked to impose their game early on as Origi and Gini Wijnaldum both had early sighters, but neither could get their shot on target.

Liverpool outnumbered the Hammers in the middle of the pitch and looked comfortable in possession, but chances were hard to come by with most of the onus on Mohamed Salah to provide a decisive spark.

The hosts began to threaten in glimpses as Pablo Fornals came close with an effort at goal, but Andy Robertson was there to clear the ball on the line in front of Alisson to avert the danger.

Liverpool failed to capitalise on their dominance as they failed to find the final ball, although there were moments where things nearly began to click.

Thiago cut inside from the left and found Origi with an exquisite pass, but the Belgian was unable to divert the ball goalwards from close-range after creeping in behind the Hammers defence. 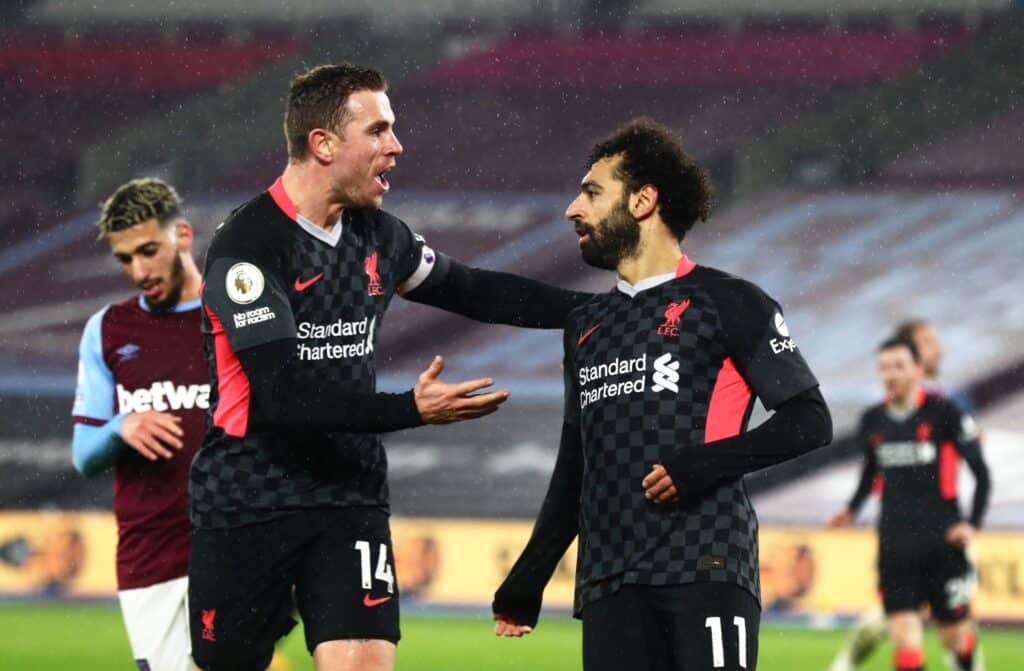 Salah looked to have a greater impact on the game as the half wore on and had a shot from distance but Lukasz Fabianski was behind it all the way as he made a routine save.

The Reds started the second half strongly and could have gone ahead through Salah after Origi broke down the left and found the Egyptian in the middle but his close-range effort was agonisingly blocked.

Curtis Jones came on to replace James Milner before the hour mark and the youngster made an instant impact as he found Salah on the right, with the Reds forward cutting inside and finding the back of the net in his trademark fashion to make it 1-0.

Liverpool made it two soon after from a devastating counter-attack, set up by Trent Alexander-Arnold's cross-field pass to Shaqiri from a West Ham corner.

Shaqiri broke down the left and put in an excellent cross for Salah, who took a touch and lifted the ball past Fabianski with a delightful finish to score his and Liverpool's second of the game.

Firmino and Alex Oxlade-Chamberlain both came on and the duo were both involved as Liverpool scored an excellent third goal, which came after 34 passes. Firmino played in Wijnaldum, who made no mistake with his finish to put the Reds 3-0 up. 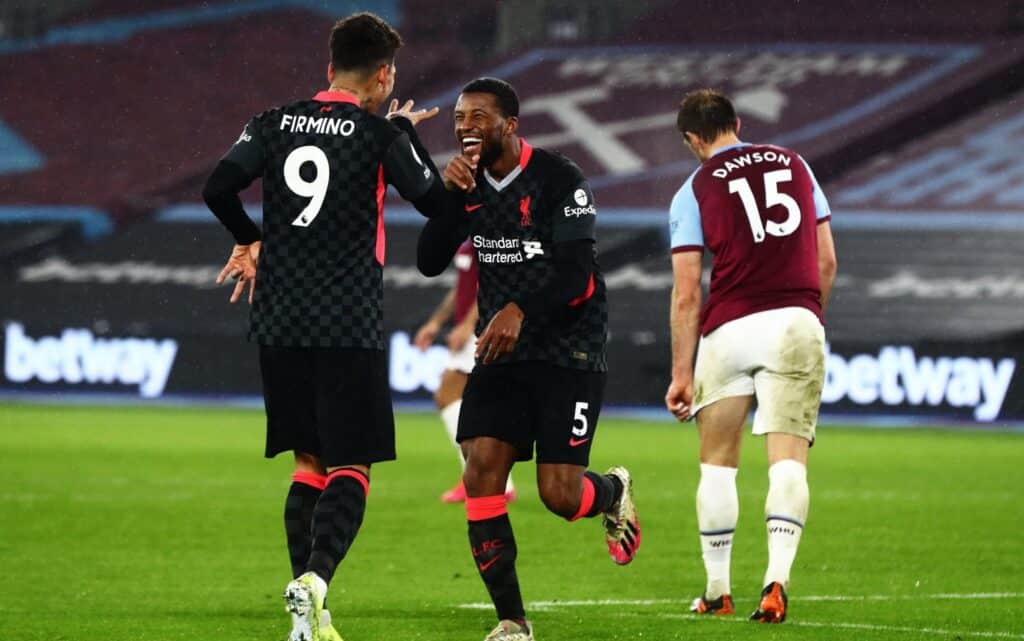 Craig Dawson pulled one back for the hosts late on as he crept in unmarked from a corner but it was too late for the hosts as Liverpool ran out 3-1 winners for the second time in four days in the capital.

With Manchester United and Leicester both stuttering this weekend, the result sees Liverpool go up to third in the table, leaving them just a point behind United and four points behind league leaders Man City - who they meet next week.