Watch: Pepijn Lijnders speaks to the media ahead of Liverpool's trip to MK Dons Liverpool assistant manager Pepijn Lijnders took over from Jurgen Klopp as he previewed the Reds' meeting with MK Dons in the League Cup.

With Klopp away at the FIFA Awards, assistant boss Lijnders spoke to reporters ahead of Liverpool's visit of MK Dons on Wednesday night.

A trip to Stadium MK for the League Cup third-round is the perfect opportunity for Liverpool to rotate their side and rest some of their star players.

The likes of Mohamed Salah, Roberto Firmino and Sadio Mane are expected to be given a rest, with potential debuts in line for Rhian Brewster, Harvey Elliot and goalkeeper Caoimhin Kelleher.

Speaking at Melwood, Lijnders explained how the fixture is a chance for those players who find themselves on the periphery of the squad to make a mark.

"Of course, we want to use our squad. From the outside we say squad, from the inside we say team, so it's a chance for a few players who didn't play [in] the last weeks 90 minutes who can start the game. They feel this responsibility anyway.

"We will play with the same hunger to win the game as we did in the last games." 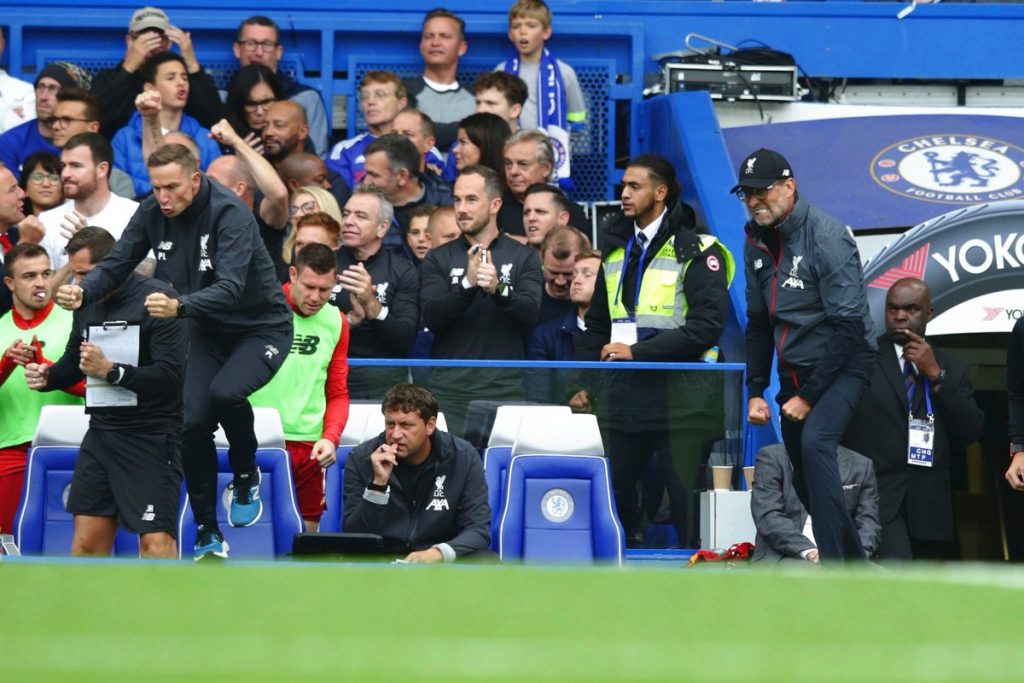 With Alisson still out of action and Adrian deputising for the Brazilian, there is a chance for youngster Kelleher to put himself in the frame.

On his chances of getting a start, Lijnders said: "Absolutely. He was a little bit unlucky in pre-season otherwise he would have played already more games.

"He’s a talented goalie and with all talented boys it’s about in the right moments giving the right opportunities in the contact stuff, when they are with the senior players around, when there is something at stake.

"That can really give them the next step and the confidence to grow."

The assistant manager confirmed Naby Keita could start after recovering from injury, although Xherdan Shaqiri picked up a knock in training and is sidelined for the trip.

"We need to wait a couple of days, but for sure he is not in contention for tomorrow. He needs some rest, so he will not be involved," he said of Shaqiri's possible involvement.