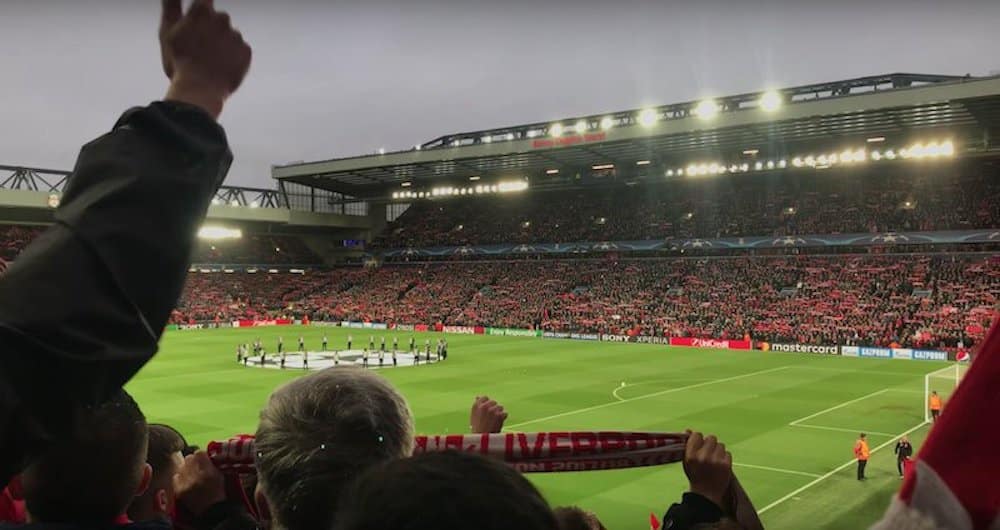 Liverpool fans were in excellent voice during the Reds' 3-0 win over Manchester City in the Champions League quarter-final first leg at Anfield on Wednesday evening.

Mohamed Salah, Alex Oxlade-Chamberlain and Sadio Mane were all on the scoresheet for Jurgen Klopp’s side, who command a significant advantage in the tie.

The atmosphere was already heating up around Anfield - over two hours ahead of kick-off. Liverpool supporters carried on with their jovial chants as they entered Anfield.

Watch the full pre-match build up inside the stadium, courtesy of Paul Lennon. Skip directly to 3:12 to watch Anfield sing YNWA.

Liverpool FC released an apology shortly before kick-off after a minority of fans threw cans, bottles and flares at the City coach as it arrived at the ground.

“The club condemns in the strongest possible terms the scenes which preceded our Champions League quarter-final, which resulted in damage being inflicted on the Manchester City team bus during their arrival at Anfield," the statement began.

UEFA is known to take these incidents very seriously and may charge Liverpool accordingly in the following days.