Jurgen Klopp spoke to reporters via video link from Melwood on Friday afternoon as he looks to Liverpool's return to action against Everton on Sunday.

The Reds, who require just two wins from their nine remaining fixtures, return to Premier League action following a three-month break as they face Everton at Goodison Park this weekend.

It's been a long wait for supporters, players and all those involved at the club, but the Reds can finally look ahead to clinching their first league title in 30 years.

There have been growing concerns over the fitness of Andy Robertson and Mohamed Salah, especially the latter after he failed to train regularly this week. But Klopp insisted nobody is "ruled out" for Sunday.

"They all look good," Klopp said. "We had, of course, during the training period, some little problems. That's completely normal.

"But none of them are ruled out for Sunday, I can say."

Klopp reflected on the long break, admitting the difficulties players face when readjusting back to regular top-flight football. However, he expects his side to be in "good shape" for the derby.

"In football, we have the problem where it's unfortunately not like riding a bike, where we say in Germany' you never lose it' because you did it once and you will be able to ride a bike until your last day in life," he said. 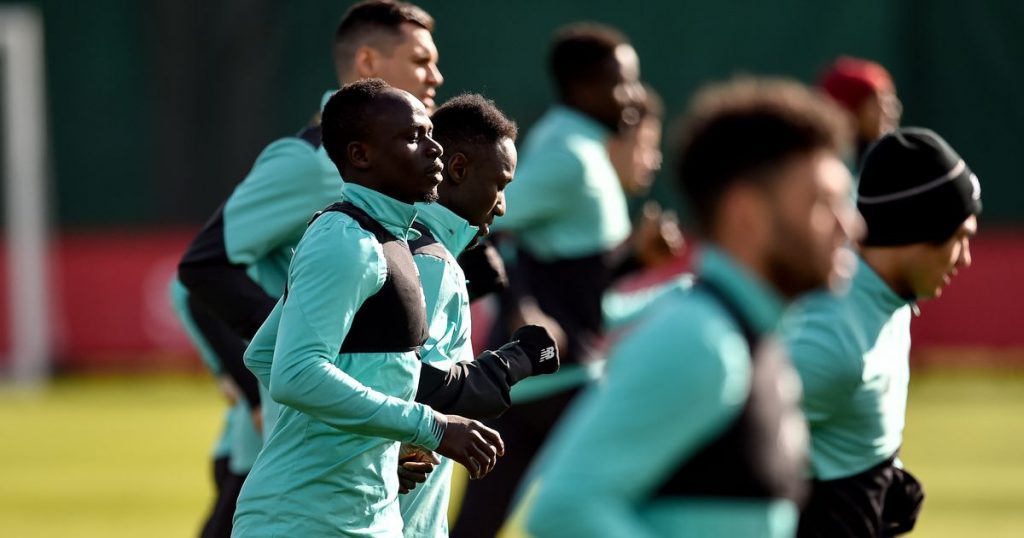 "That's not [the same] with football because we have to bring in 11 or more players together having the same idea at the same moment.

"I expect us to be in good shape, but we will see how good it is. I expect, like I always do, Everton to be in very good shape and so it will be difficult for us – and rightly so, it's Premier League.

"We didn't play for a while, so we should try to sort the problems in this game, we should give them some as well and then we will see."

Klopp also singled out the efforts of Takumi Minamino, who has now had time to settle in and make a mark on the squad in training.

"He looks really different at the moment to the first three weeks when he tried to please everybody and do everything that we say, and that's in a language he is not 100 per cent comfortable with," Klopp added.

Watch the gaffer's pre-Everton press conference in full above.