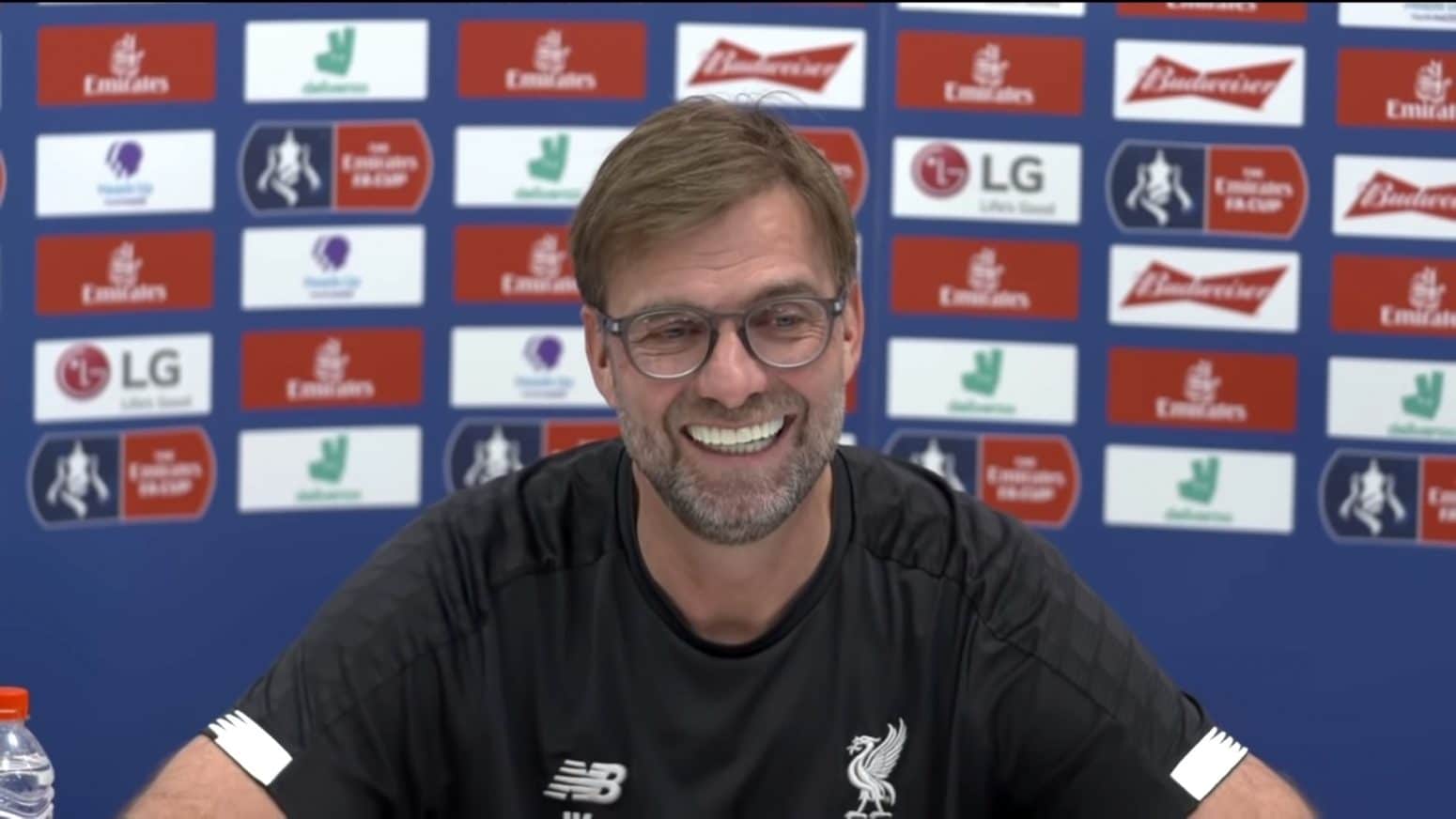 Jurgen Klopp spoke to reporters on Friday ahead of Liverpool's FA Cup fourth-round meeting against League One side Shrewsbury Town.

The Reds take on Shrewsbury at New Meadow on Sunday as they look to make it to the fifth round of the FA Cup for the first time under Klopp.

The boss has opted to rotate heavily in domestic cup games during the last couple of seasons and it's highly likely it will be more of the same this weekend.

Speaking to reporters at Melwood, Klopp suggested he will ring the changes once more, with a host of youngsters expected to line up alongside those that need match-fitness.

“We will have a team with fresh legs,” Klopp said. “We have players who came back from injury, so it makes sense to play them because they are pretty good and we want to go through.

“Now we are qualified for the round we want to go through and we know it’s a tough place to go, how it always is in cup competitions.

“It's clear, without a winning mentality, it's difficult to win football games. I don’t think the players left a shadow of a doubt this season that they want to win a game, when they’re part of it, against whoever it is or whoever was the opponent. It is very important.”

The boss confirmed Adrian is set to replace Alisson in goal, while Dejan Lovren and Naby Keita could be in contention after returning to training.

James Milner and Xherdan Shaqiri continue to be sidelined while there was no immediate update on Sadio Mane's suspected hamstring injury - although he was likely to be rested this weekend nonetheless.

Curtis Jones, match-winner against Everton in the last round, is expected to feature in attack alongside Divock Origi and Harvey Elliot.