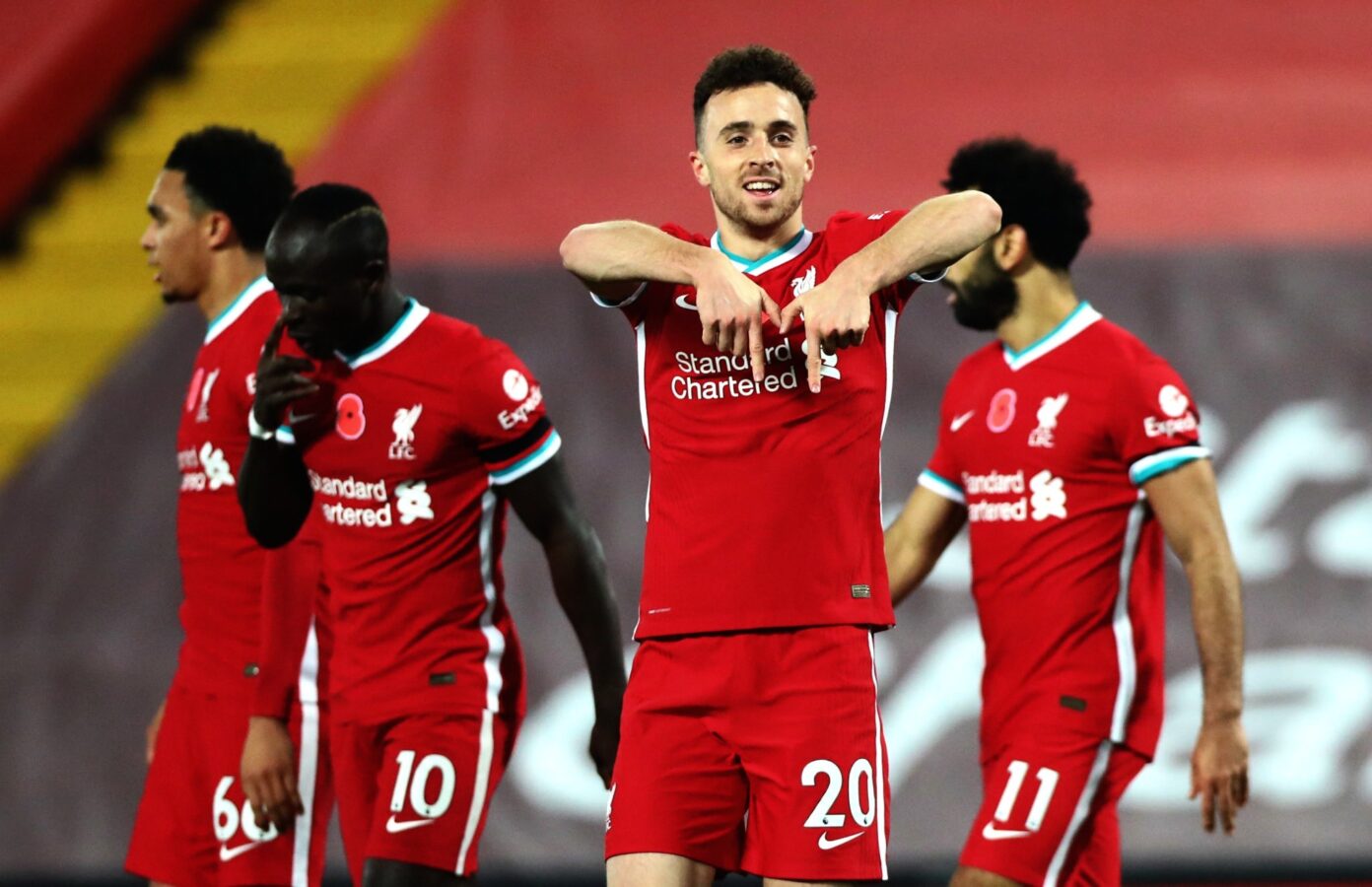 Liverpool vs West Ham highlights - All the goals and highlights as Liverpool beat West Ham United 2-1 in the Premier League.

It was a lacklustre start from the Reds and they paid the price early on as Pablo Fornals capitalised on Joe Gomez's poor clearance to put the visitors 1-0 up.

Liverpool struggled to come up with a tangible response for much of the half as they failed to create any clear-cut chances and looked devoid of attacking ideas.

But they were given a helping hand back into the game just before half time as Arthur Masuaku's foul inside the box on Mohamed Salah was ruled a penalty, with Salah stepping up to the mark to make it 1-1 at the break.

It was a frustrating second half for the Reds but substitutes Diogo Jota and Xherdan Shaqiri gave them an added rigour, which soon paid off.

Jota had a close-range effort ruled out for a foul by Sadio Mane in the buildup, but the 23-year-old combined with Shaqiri a few minutes later to roll the ball past Lukasz Fabianski and give Liverpool all three points.

It was Jota's third goal of the week, having previously scored the winner against Sheffield United last week before netting in midweek's 2-0 win over Midtjylland. The result also sees the Reds equal the club record for most home games unbeaten in the league.

Disclaimer: Liverpool vs West Ham United highlights, goals and full match videos are provided and hosted by external sources. We help you discover publicly available material and act as a search engine. We do not host or upload this material and are not responsible for the content.