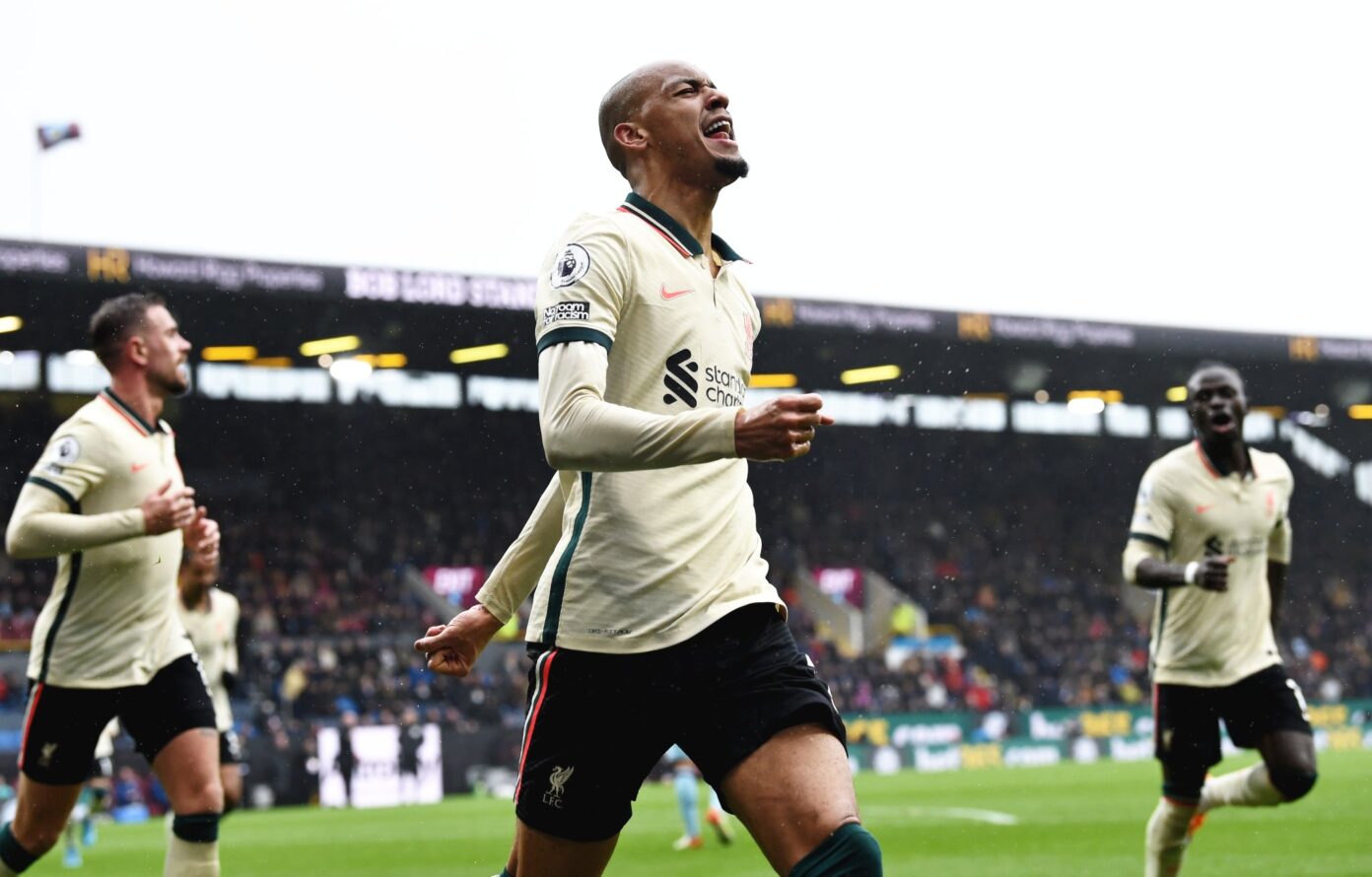 Burnley vs Liverpool highlights: Watch the extended highlights as the Reds beat Sean Dyche's side 1-0 thanks to a first-half Fabinho strike.

Jurgen Klopp's side had plenty of possession in the opening half-hour but the best chances of the game undoubtedly fell to the hosts, with strikers Jay Rodriguez and Wout Weghorst both squandering chances to give Burnley the lead.

Naby Keita and Sadio Mane had the Reds' best opportunities, with the latter seeing his effort from inside the six-yard box saved by goalkeeper Nick Pope after Trent Alexander-Arnold's inch-perfect free-kick.

Despite giving away plenty of chances, it was the Reds that took the lead before half-time as Fabinho turned the ball home from close-range on the second attempt after connecting with Mane's flick-on at the near post from an Alexander-Arnold corner to make it 1-0 to the visitors.

Burnley threatened after the restart as they dug in deep and thwarted the Reds from conjuring up any real rhythm, with Sean Dyche's side getting into some threatening positions going the other way.

But Liverpool dealt with the danger despite being unable to impose their own game on the hosts or extend their lead, although they had chances come their way through Alexander-Arnold, who nearly forced an own-goal by Ben Mee, and substitute Diogo Jota.

It ultimately finished 1-0 to the Reds as they secured their fourth consecutive win despite difficult conditions at Turf Moor, with all focus now turning to the Champions League round-of-16 trip to the San Siro on Wednesday.