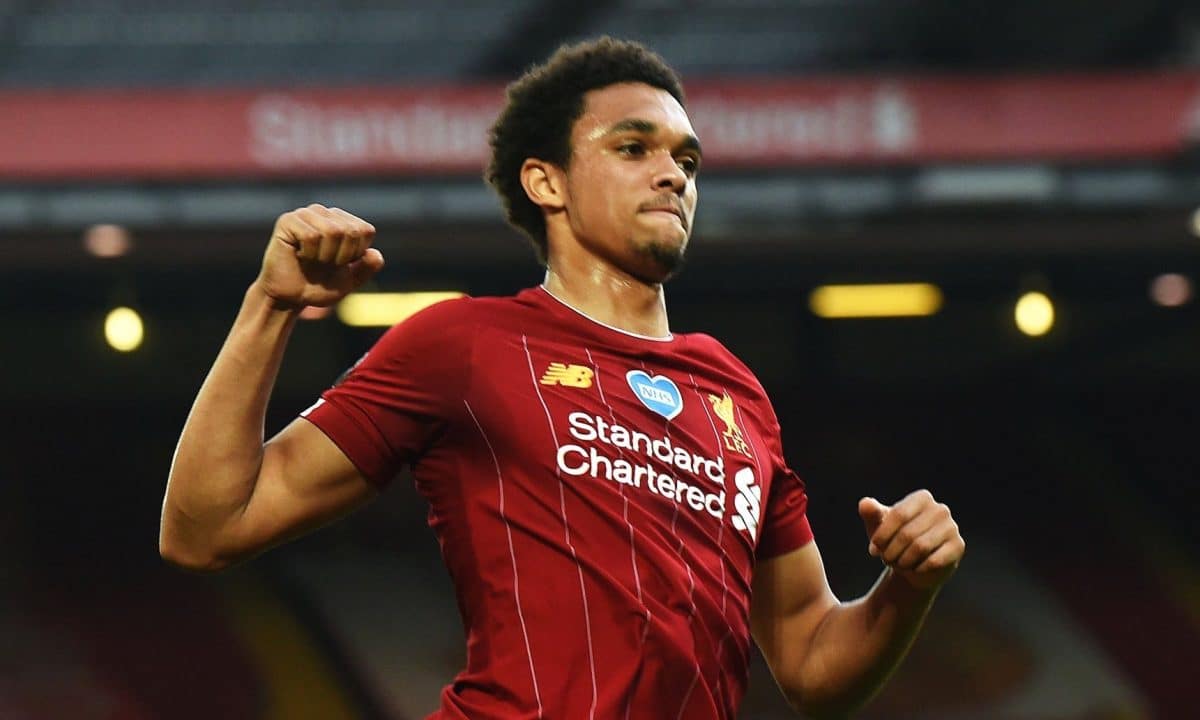 Trent Alexander-Arnold was delighted after helping Liverpool to a 4-0 win over Crystal Palace, putting them on the verge of winning the Premier League.

Liverpool showed their title credentials on Wednesday night as a stunning free-kick from Alexander-Arnold was added to by Mohamed Salah, Fabinho and Sadio Mane to seal a commanding display from the Reds.

Following a disappointing goalless draw against Everton in their first game back on Sunday, Alexander-Arnold says it was "massive" for the Reds to get back to winning ways.

"It's a massive win I think," Alexander-Arnold told Sky Sports. "The lads have done really well.

"It's been a difficult game for us, it was obviously quite disappointing to only get the draw on Sunday on our first game back.

"It's great to be back at Anfield after what has gone on. It couldn't have gone any better for us, so we're made up with the win."

The result sees Liverpool on the cusp of winning their first league title in 30 years. They could win the title as early as Thursday, should Manchester City drop points at Stamford Bridge. But if not, the Reds could then finish the job against City on 2 July. 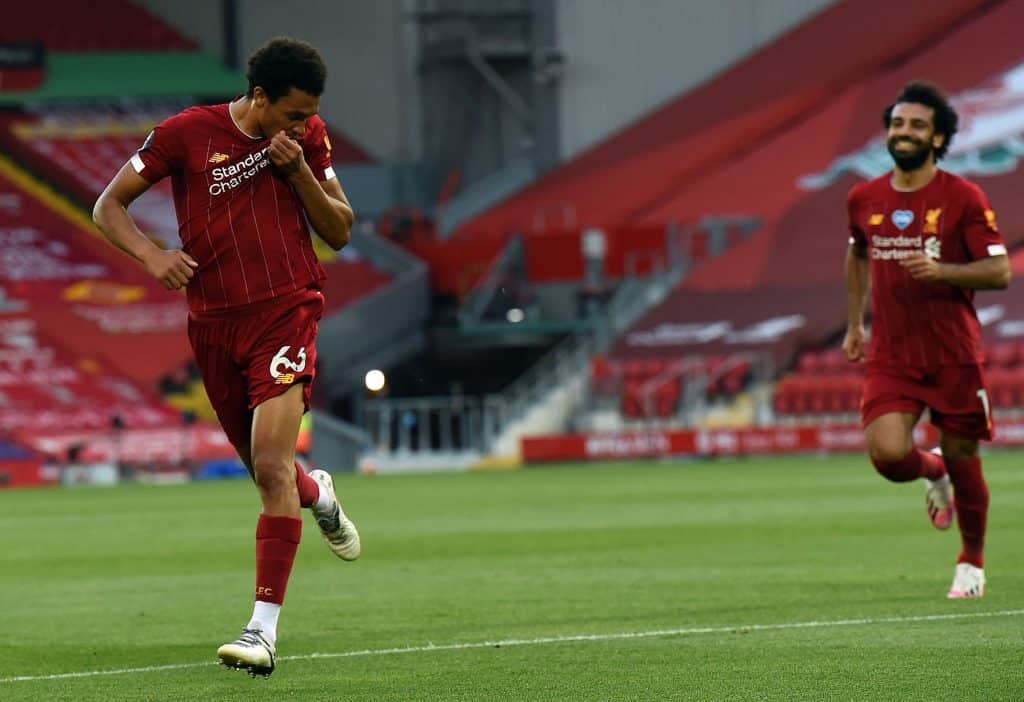 "Whether that will come tomorrow or not, we've got to go to Man City next week. We're just focusing on winning and we want to set a few records along the way."

He added: "Two points... it's quite close but a lot can happen in the Premier League.

"We're close. We've waited a long time for this and we've worked hard for this over the last three years as a team, as a squad. It's what we have dreamt of.

"We're in a good position and hopefully we'll be able to get across the line very soon."

The Reds' full-back scored an exquisite curling free-kick to get Liverpool rolling against the Eagles, prompting Jamie Carragher to draw a comparison with another gifted set-piece taker back in his prime, David Beckham.

"The comparisons with the best free-kick taker in Premier League history are very nice but there is a lot of work to do," Alexander-Arnold added.

"I have been practising a lot and I had a few against Everton which I was disappointed not to score with, but it's always good to get the ball rolling for the boys."

Meanwhile, Liverpool boss Jurgen Klopp admitted the Reds were "almost there," but focused instead on the performance his side put in.

"The atmosphere on the pitch was incredible. I said before, as this part of the season started, that I would like to see some of the best games behind closed doors, ever, because I hope it doesn't happen often," he said.

"That was the best counter-pressing game I have ever seen behind closed doors. The attitude the boys showed was amazing. I liked it, a lot."