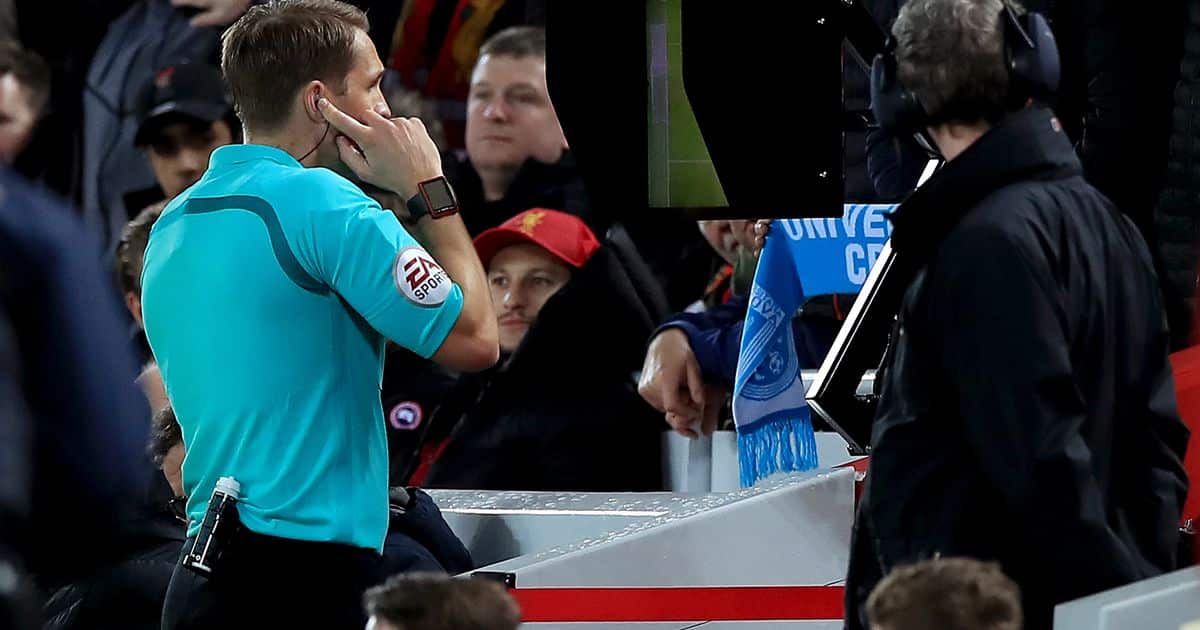 During his post-Tottenham press conference, Liverpool manager Jürgen Klopp was visibly upset after criticising the officials after a dramatic finish at Anfield that ended 2-2.

The German manager admitted he thought he would be hit with “the biggest fine in world football” for his true thoughts on the Tottenham’s dramatic late equalizer at Anfield. Harry Kane, who had missed the first penalty minutes earlier made no mistake converting a second penalty which was initially ruled out by referee Jonathan Moss. The penalty decision was awarded by Moss on the advice of his assistant, Edward Smart.

Liverpool created better chances in the first half and went ahead through Mohamed Salah’s slotted finish. In the second half Spurs mounted the pressure, however it took a spectacular half-volley into the top right corner by substitute Victor Wanyama for Mauricio Pochettino's men to break even.

Spurs won a penalty in the 85th minute, as Kane was adjudged to have been taken out after minimal contact from goalkeeper Loris Karius. TV replays showed that Kane should have probably been called offside when the ball was passed to him. More importantly, there was no decisive contact from Karius as Kane dramatically went down and looked at referee Moss.

The penalty was awarded after a consultation with assistant referee, however Karius read the England international's penalty and saved straight down the middle.

Mohamed Salah looked to have given Jurgen Klopp a late 2-1 win after scoring in extra-time with a sensational solo goal. However minutes later, Erik Lamela was judged to be marginally onside when the ball was passed to him. Virgil van Dijk, whilst trying to clear the ball inside the box, made minimal contact with Lamela - who appeared to make the most of it by going down easily.

The referee waved play on, only to be later interrupted by his assistant who became instrumental in changing the initial decision. Kane converted the second penalty with the last kick of the ball as the match ended in a frustrating draw for Liverpool who were unfairly punished by the officials’ poor mistakes.

Let’s make no bones of the fact that Tottenham’s penalties against Liverpool were both offside. It’s irrelevant whether Lovren played the ball or Van Dijk brought down Lamela. With VAR, offside is a matter of fact and no benefit is given to the attacking team.

Following the game, Van Dijk said: “The ref said play on and I was very disappointed that the linesman said otherwise. There is a lot of discussion about whether it is offside, yes or no, but I think it was offside as well. 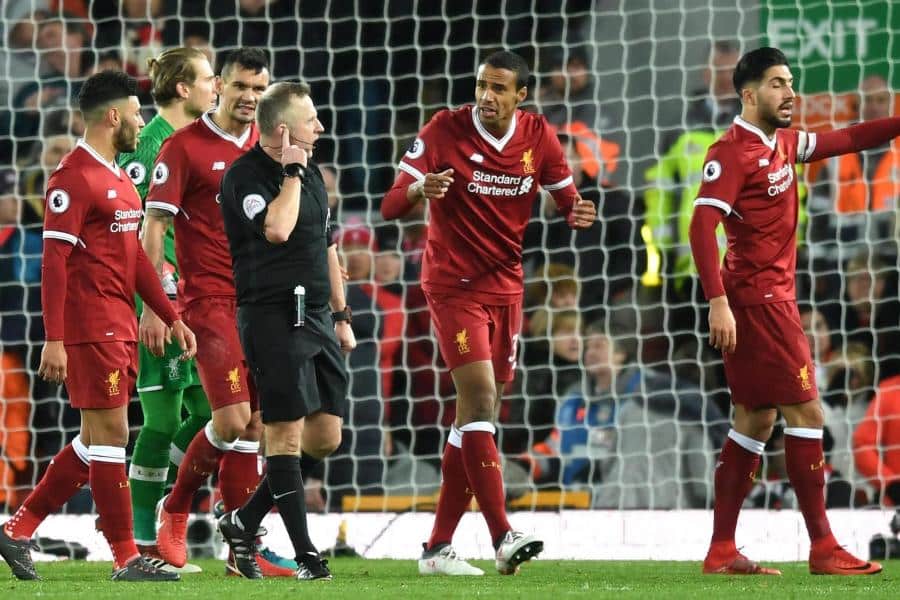 “I don’t think that is a penalty, same with the first one. That is also clearly not a penalty.”

A similar, albeit more conclusive, incident took place on New Year's Eve when Arsenal were awarded a penalty in the 89th minute against West Bromwich Albion. Referee Mike Dean gave a penalty against Arsenal’s Calum Chambers, with the Baggies taking full advantage of the decision by equalising from the spot.

Arsenal manager Arsene Wenger was given a three-match touchline ban for his 'inappropriate behaviour' in the referees' changing room. A few days later, Dean reportedly admitted the penalty decision was "wrong", according to referees' chief Mike Riley. Such decisions are not rare. Understandably and naturally, there are mistakes made by the referees and linesmen every week which get caught through numerous TV replays and camera angles. However, unfair decisions are frequently awarded which cost teams valuable points and potential prize money.

During Liverpool's 2-3 defeat at home against West Brom in the FA cup, Jurgen Klopp's side benefited from correct decisions when VAR was consulted and initial decisions were changed.

Klopp said after the game, on VAR: "I think tonight was a good sign, from this point of view a very interesting game. You had two situations – usually one is a goal, the other is no penalty.

“Usually, I have to talk about a defeat which maybe was not deserved because we didn’t get a penalty and they scored another goal. It’s normal in the beginning that it takes a little bit longer. But that will become a little bit smoother, more fluent.”

The need for VAR

January 8th 2018 will soon be considered a very important day for English football. For the first time, VAR was used in a competitive club match in the FA Cup third round. In theory, the technology is designed to minimise the mistakes of the officials - but as anyone who watches cricket or rugby will tell you, those decisions are not always 100% error-proof and are subject to debate.

VAR was first used by FIFA at the Club World Cup in December 2016. Later it was trialled in the 2017 Confederations Cup where it faced huge criticism. During the final between Chile and Germany, video replays delayed the game for more than three minutes and decided to award Chilean defender Gonzalo Jara with a red card. However, video footage showed what was clearly a red card offence. Inspite of the initial apprehensions and weaknesses, VAR is now used in all the top leagues such as Bundesliga and Serie A, with a good degree of success.

By the end of October 2017, 18 key decisions were overturned in the Bundesliga. The unanimously agreed success rate without any contention was as high as a staggering 89% (16/18). In Italy, 309 incidents were reviewed using VAR, out of which 288 backed the referee's initial call and 21 decisions were overturned, which is equivalent to 7%. A recent report from FIFA states that that technology has increased the accuracy of decisions that can be reviewed from 93%, up to 99%. The International Football Association Board (IFAB) recently approved the use of the technology in 2018 FIFA World Cup in Russia, after encouraging reports through various trials in the last two years.

VAR is expected to combat four key mistakes in a football match: red cards, goal decisions, penalties and mistaken identity. Furthermore, it will only be used where there is a clear and obvious error made by the referee or his assistants. For example, if the officials give a offside goal, the VAR will contact the referee via an audio link and advise him to reverse that decision as soon as possible. However, if an error cannot be completely proved, the original decision will stand. Thus, VAR, in essence, doesn't take the authority from the officials on the field, it only enhances the decision-making process.

The success of VAR was first seen in English football when Leicester City’s Kelechi Iheanacho scored the first historic goal in the 3rd round FA cup match against Fleetwood Town using VAR which was initially ruled out as offside by the officials. Although the decision took a while to come to; this is now becoming an increasingly indispensable technology in modern football.

The game is moving faster than it has ever done before. English football is the most lucrative in the business due its size, geography and popularity. With the advent of this readily usable seamless technology, the VAR will only make top-flight English football a better league with more fair results. That is why it is clear the FA is moving ahead to use VAR in the English Premier League starting next season.