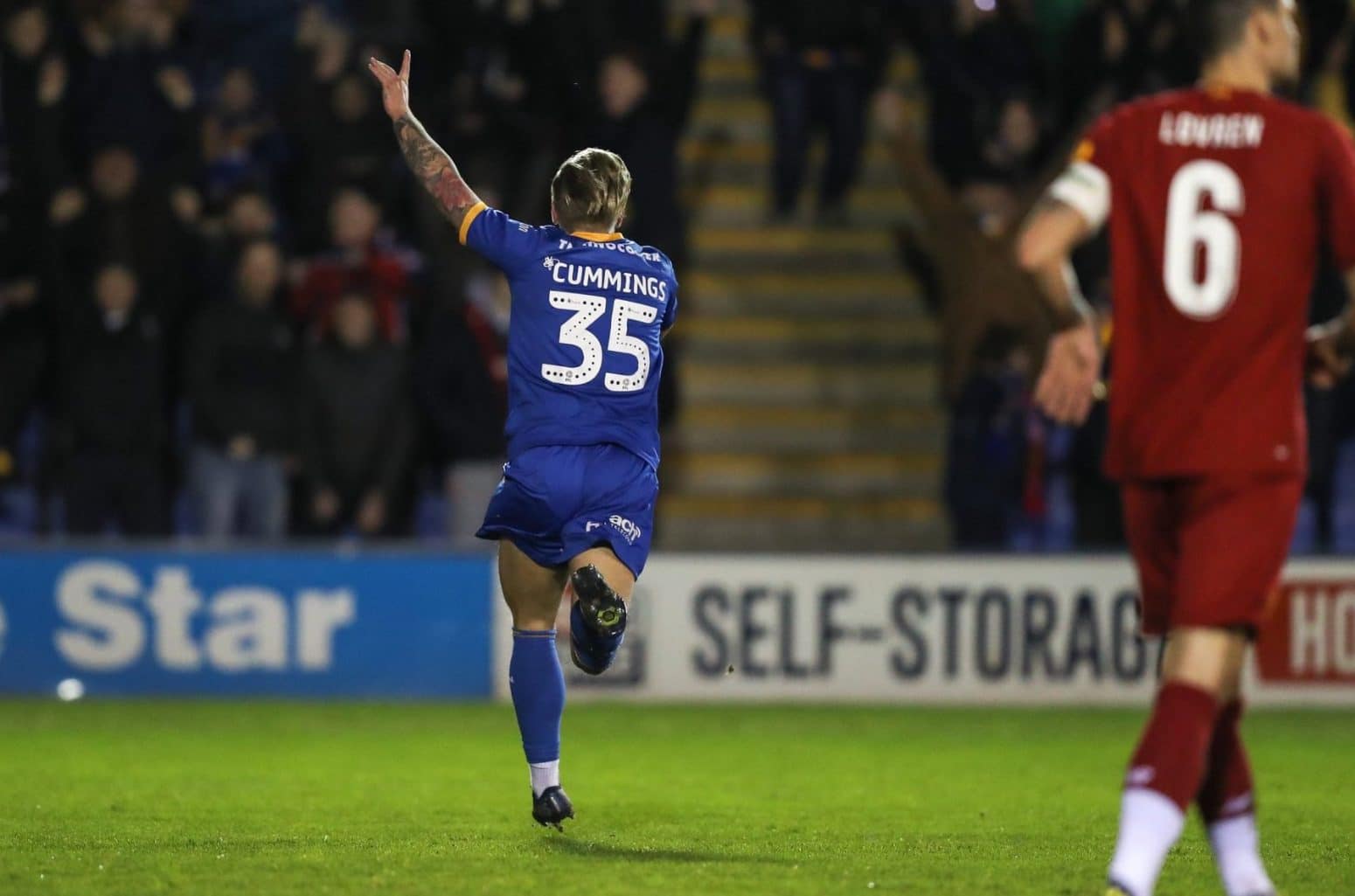 Shrewsbury vs Liverpool highlights: Liverpool gave up a two-goal advantage as they were held to a 2-2 draw against Shrewsbury in the FA Cup.

Jurgen Klopp stuck to his policy of squad rotation in the domestic cups as he rung the changes again, naming an entirely new side to the one that beat Wolves 2-1 in midweek.

The Reds went 1-0 up in the 15th minute with a fantastic team goal as Minamino picked up the ball in midfield and found Chirivella. The Spaniard spotted Jones making a run in from the left and played the youngster in, with Jones making it look easy with a confident slotted finish. 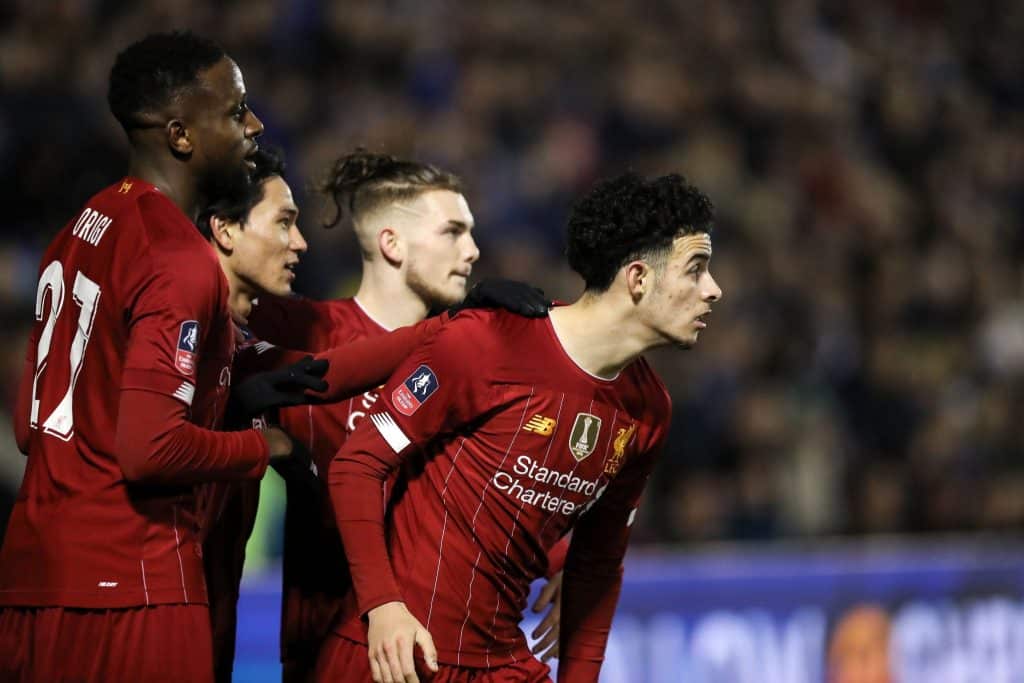 The Shrews had an excellent opportunity to level things up when Shaun Whalley went clean through, however, Adrian was on hand to deny the long-life Liverpool fan and Shrewsbury striker.

Liverpool had plenty of possession during the first half, but the home side looked dangerous on the break as forwards Whalley and Callum Lang troubled the Reds defence.

The Reds doubled their lead just 28 seconds after the restart as Williams' cross towards the far post was turned bizarrely into his own net by Shrewsbury defender Donald Love.

Lang went close to pulling one back as he beat the offside trap and got in behind the Liverpool defence. However, Adrian made another important save to deny Sam Ricketts' side. 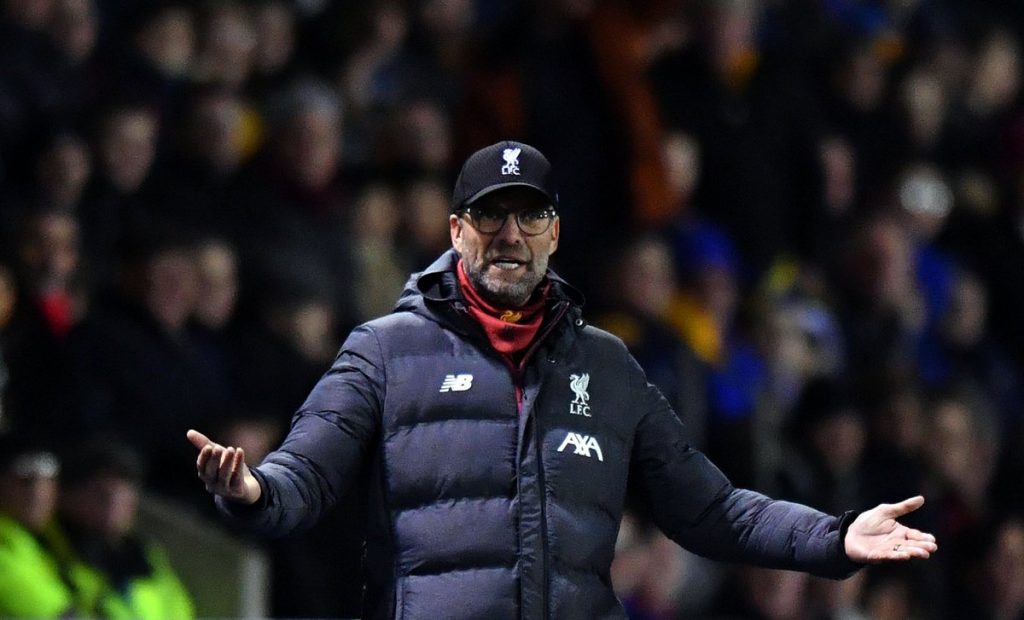 With a little over 25 minutes left, Shrewsbury were given a lifeline as Larouci was adjudged to have brought down Josh Laurent in the box, despite replays showing the contact was just outside the box.

Substitute Jason Cummings stepped up to the mark and sent Adrian the wrong way as the home fans sensed a real opportunity for their side to make things difficult for the Reds.

Origi had a powerful strike from the edge of the box saved before Cummings beat Lovren at the other end and finished past Adrian with a low effort, much to the bemusement of Klopp on the touchline.

The boss has often stated his annoyance at FA Cup replays and he was in clear mood to get the job done on the night as Mohamed Salah and Roberto Firmino came on inside the last ten minutes.

The two nearly linked up in added time as Firmino found Salah in the box, however, the Egyptian was unable to keep his header down as the Reds were forced to settle for a 2-2 draw.

The two sides will face each other in a replay at Anfield, with the date set to be confirmed imminently. It's likely the replay will be set for either February 3rd or February 4th.

Disclaimer: Shrewsbury vs Liverpool highlights are provided and hosted by external sources, notably DailyMotion, Youtube and allstreamup.com. We help you discover publicly available material and act as a search engine. We do not host or upload this material and are not responsible for the content.